Almost exclusively limited to suspension fork Mtn bikes is probably the largest issue.  Having the front tyres spin in the air means I have to snake a bungee cord thru the wheels when travelling long distance.   I’ve had two different bikes pop off of the prongs on two separate occasions.  Much play between the folding upper and lower. It’s a long way to lift a bike up. Especially when I have a bumper mounted receiver. I see why they abandoned the sailing hardware.

ReductiMat has had a 1Up about the same amount of time as my NSR4. He’s done nothing to his; I’ve media blasted, repainted and added SS hardware to mine.

There was Arbutus for a brief moment. But that was bought by another company.

For myself a Princess Auto Dirt bike carrier might even be an okay solution as I’m usually riding solo.

Kind of off topic, but I've been looking at buying a Honda Ruckus for a while and have long considered putting a rack on the back of it, and attaching a single fork mount bike tray to it or buying one of the 2x2 racks.

End up with something like these vids. That rachet by his stanchion in the second vid gives me the heeby jeebies.

I saw a setup like that on Mt Seymour Parkway a month or so ago.  The bike hanging so far off the back looked so sketchy.

Yeah I thought so too but those 2x2 racks look pretty legit.

They also make vertical mount ones! I meant to post that in my original post since it's more in line with this thread lol

I also considered something like this too, but wasn't sure about the width .

If I'm solo then the tailgate/canopy setup isn't horrible which is how I've been getting about since the canopy went on - more thinking for shuttle roads etc. I've certainly used friends NSR's but nice to get some feedback from people who've actually had different options long term.

Lolo racks sells their bike hooks separately too so was also considering buying a few of those to just build my own rack.

Too bad motorcycle sidecars aren't a thing anymore (I assume?) They could make for a pretty funky bike/gear hauler setup.

Is it possible to safely transport a road bike on an NSR-4? I have the newest gen one (bought last summer) and recently got a road bike. Haven't tried jerry rigging it with the drop bars but am wondering if it is even possible to do safely. So far I just ride from my house but might be nice to have the road bike on summer road trips.

On an NSR4, I've had good success hanging them reversed (wheels away from vehicle) with the drop bar cradled in two baskets. I then use a series of bungees to secure them. Works quite well although it limits you to two road bikes or two mountain bikes and one road bike.

I can also vouch for the quality of the 1Up racks. Everything is metal and they’re very modular - I can convert my two roof trays to a hitch rack with some parts. Nice design when it’s a hitch rack too. Very expensive to import, I kept my eyes peeled for used and snatched them up.

On an NSR4, I've had good success hanging them reversed (wheels away from vehicle) with the drop bar cradled in two baskets. I then use a series of bungees to secure them. Works quite well although it limits you to two road bikes or two mountain bikes and one road bike.

Sweet, thanks will give this a shot.

I have a 2x2 cycles rack on my dual sport and it's turned out pretty well although the build of it is pretty cheap for such an expensive rack. It's also a lot of weight leveraged over the back so not sure how it would go on a ruckus. The strap that goes on the handlebars levering it forward is pretty key. Also if you have a north shore billet front brake adapter you have to flip the fork 180 degrees fyi. 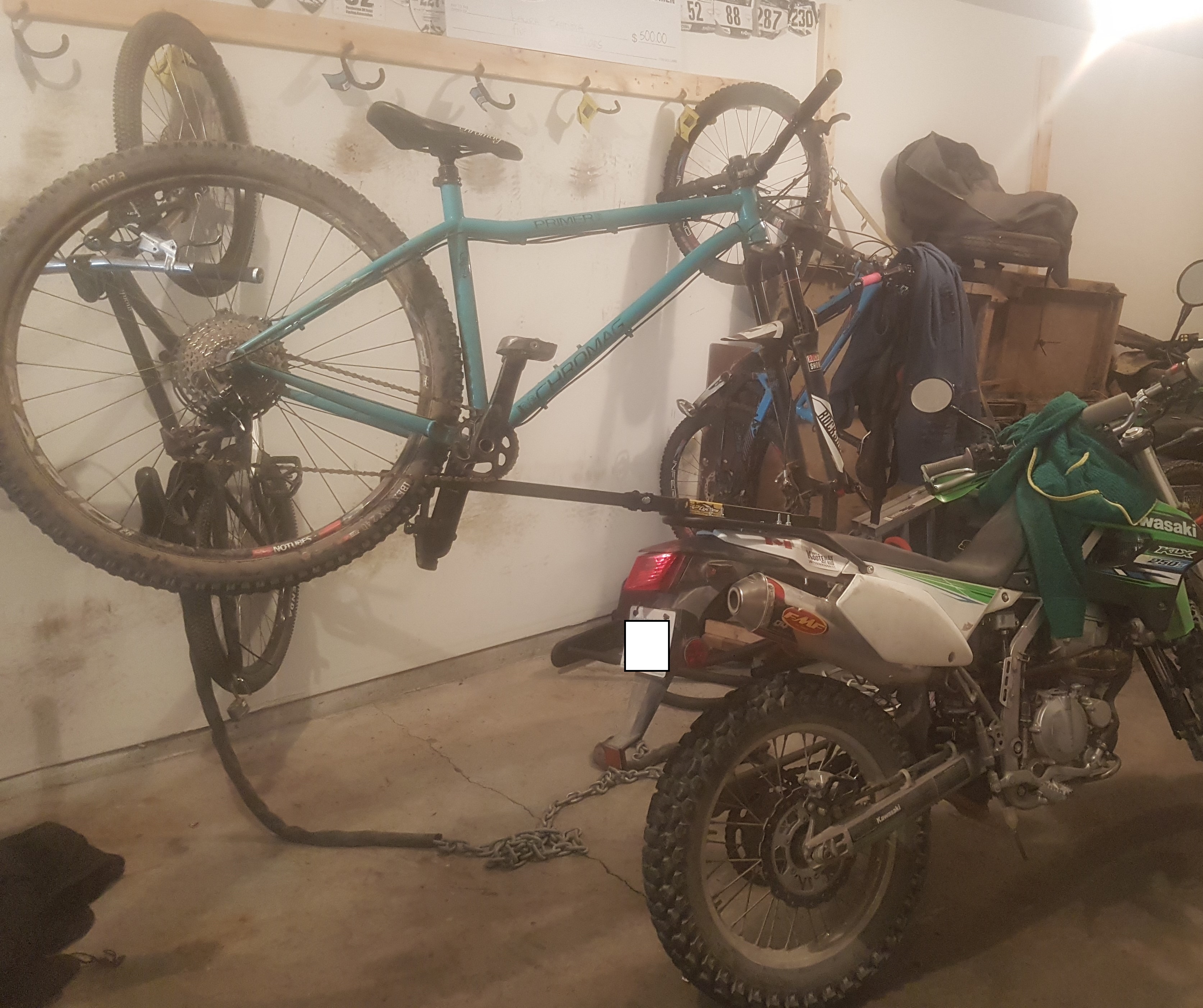 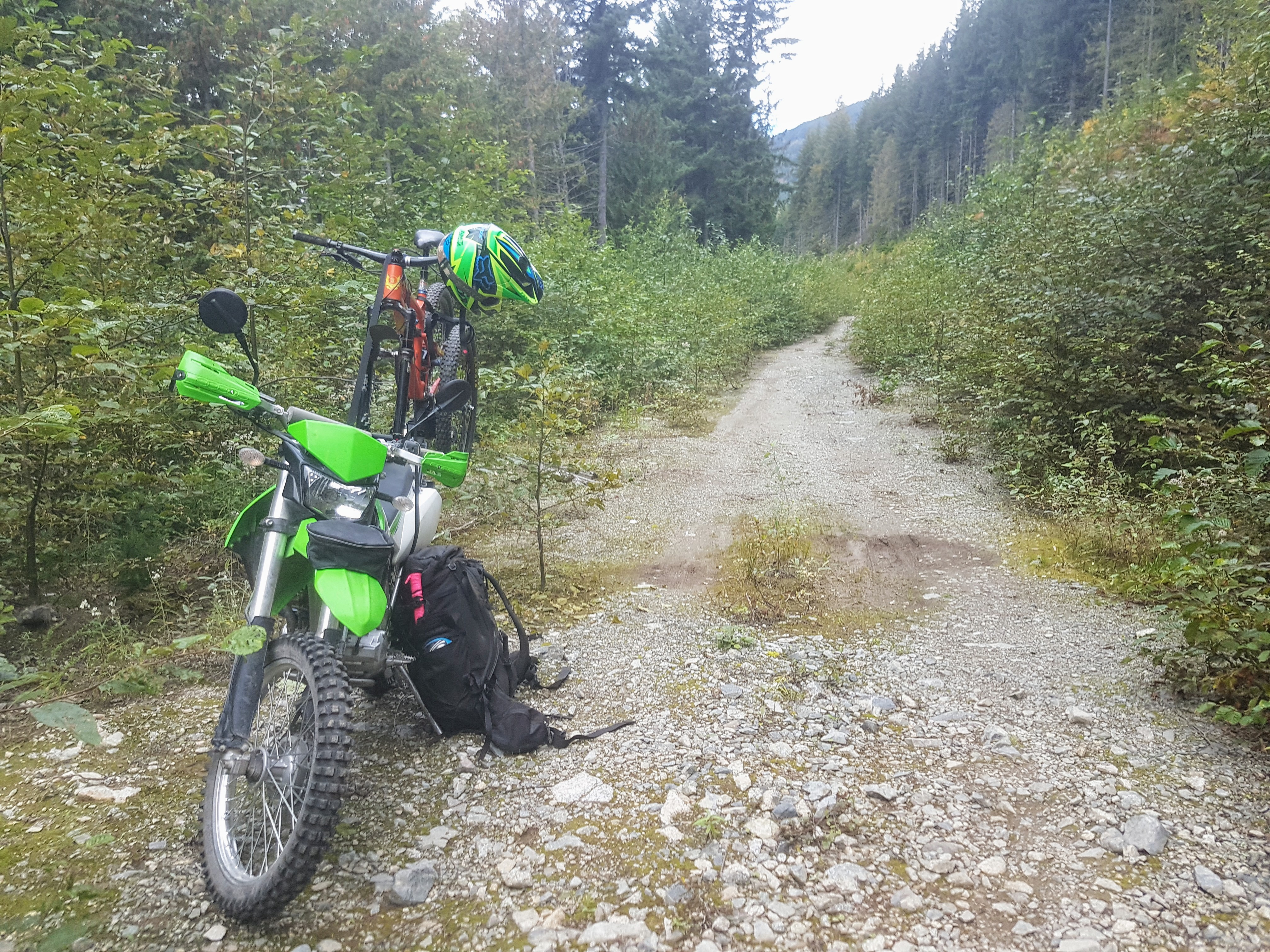