I love you guys, but if you want a seriously good nights sleep with no compromise then buy an Exped Synmat (or Downmat in the cold) and forget about everything else.

Or save two grams and toss and turn all night.

Rode up the gravel to Mt. Washington resort as a shakedown ride for the Oregon Outback.

vegetarian: an ancient word for "likes to stay home with the ladies…"

Awesome to see you up at The Kinsol Trestle! And I see you found the exact camp spot at Weeks lake!
I've been eyeing up the Outback too… Let me know when you want to try it out!

Check your PM's I think I might have given you the wrong email address…cuz I am a airhead.

Your directions were bang on. How was the rail trail past the Mile 66 trestle?

vegetarian: an ancient word for "likes to stay home with the ladies…"

The girlfriend riding to skookumchuck hotsprings with some homemade gear (dry bags themselves from mec, attachment points and frame bag sewn). Approximately 45-50L capacity. Did us well on the trip and not too heavy.

The girlfriend riding to skookumchuck hotsprings with some homemade gear (dry bags themselves from mec, attachment points and frame bag sewn). Approximately 45-50L capacity. Did us well on the trip and not too heavy.

Post some more pictures of the bags, I'm curious how you made the attachments.

is Dan Jackson around any more?
he was making custom frame bags starting in the 1980s
and had a shop in basement of Carleton at one point

Well it was harder than I thought it would be. I definitely underestimated the difficulty of the climbing in the last 200 miles. There are some steep sustained grades. RidewithGPS says something like max 9% grade. There are many pitches over 18%. The last 100 km include the 'rollers of despair' section, a 60km long series of rollers that require a hard effort to crest the hill before you quickly descend into the next swale and the beginning of the next climb. Soul crushing after 500km in the saddle.

The scenery is pretty cool throughout, but the northern half is definitely more scenic imo. That being said I didn't see a lot of the route as I rode straight through the first 2 nights. Rained on and off the first 24 hours, then got warm, sunny and windy. I had heard horror stories of the head winds descending to the Deschutes River. They were true. You have to pedal while descending to keep moving forward.

My 'race' plan was to ride through the first night and crash out in a park in the sun the next morning in Prineville, and then decide on how day 2 would play out after a good nap. When I rolled into Prineville at the 27 hr mark, I stopped in at the LBS, Good Bike Co. The owner was following the event and told me that there were only 5 guys ahead of me. So I figured I should keep going, no naps, finishing at 4am the following morning. 586km in 45 hours total, 35 hours in the saddle, straight through. I never rode fast, I just hardly stopped. Don't know for sure, as it is an unorganized event, but I am fairly certain I finished around 7th, getting passed by 2 fellows from Idaho, and passing a fellow from Victoria in the night before the end. The loaded rig. Carried too much food and water. So much food that I wasn't close to running out at the end, and I never had to stop to filter water, with 2 fill ups of tap water on route.

As you may have heard, some folks who camped along the route made a bit of a mess and disrespected the friendly locals. It appears the 'organizers' have walked away from the event. http://www.oregonbikepacking.com/the-death-of-the-oregon-outback/

Was it a cool route? sure. totally different that what I am used to here on Van Isle.

Would I do it as a tour? (e.g. 3+ days?) No, I just didn't find the camp spots (not that I camped) to be anything special, other than along the Crooked River, but that was full of car campers.

Would I do the route again? no. I could put together a scenic 600km route on Van Isle with a remote and killer camp spot every night.

Just got back from 2 months cycling in Cuba..definitely something everyone should try at least once. Very bicycle friendly traffic, and food/lodging is good value. Hot hot hot. Bringing the kite board with me has changed the pace at which we ride, more opportunities to stop and smell the roses so to speak.

Up next, east to the Rockies, and then south towards Mexico, possibly along the Great Divide. Anyone have any tips/advice on taking the KVR from Hope to Princeton? Does it parallel the Coquihalla on the east side of the river? 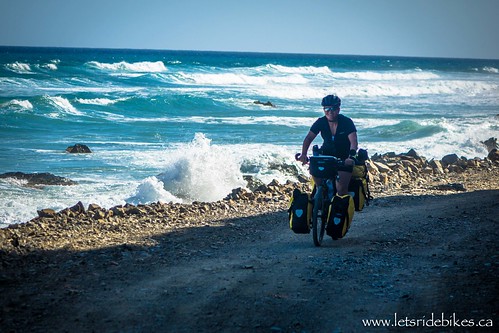 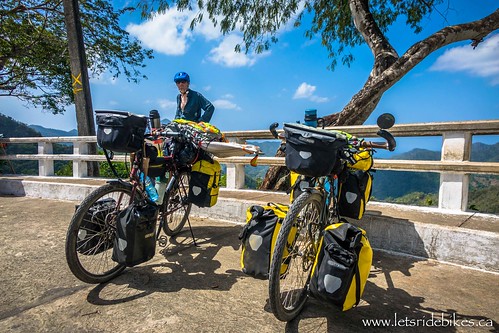 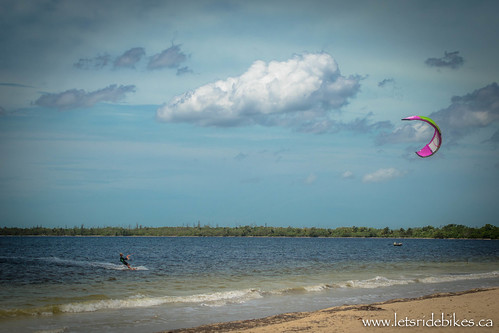 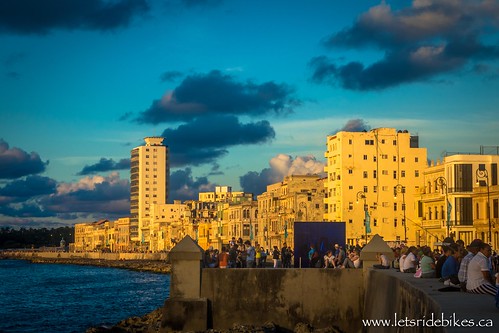 very unfortunate story about the O/O . it was one of those things i had considered putting on the " list " .

sorry about threadjack , and while i don't expect the answers to pop up here , i would pose these questions to " donnie " who is , apparently , the (not) organizer .

given that he hadn't made any provisions for the participants , what did he think was going to happen ?

what has he done to make reparations to those folks and properties affected , after the (non) event ?

i'm in no way excusing the abhorrent behaviour of those responsible , but it is pretty naive to think that you can declare a mass participation event and then absolve yourself of any of the requirements those participants will need to cover the route with a minimum of impact .

and yes , i did read his " don't come to this event " declaration , but considering the growth in cycling in general , and " gravel " events specifically , this turn of events could hardly be unexpected .

Anyone have any tips/advice on taking the KVR from Hope to Princeton? Does it parallel the Coquihalla on the east side of the river?

Yup, although it is dated as it has been a bunch of years since I last rode it.

If you are in town we should meet for a beer as I have some photo albums [HTML_REMOVED] a book I can share with you both.

No representatives of Velodirt/Oregon Bikepacking were present at the start. About 150 folks were at the Maverick Hotel the morning of the 22nd. There was no meeting, at 6:55 someone yelled '5 minutes', and at 7 someone yelled 'go!', and we all rolled out of town.

Although the route feels remote in spots, it is not actually that remote in terms of consequence. (Lots of bail out options), therefore I think it attracts a lot of folks who are not that experienced in wilderness camping. Given that most folks are 'stealth camping', if they are not dealing with their shit/garbage appropriately, you have a mess.

Would I expect Donnie to do more? No. Adults should be able to figure this shit out.

Is it naive to expect a large group to behave respectfully? Likely.