My Pikes, flood gate valve hits the bottom of my down tube when the fork is tried to spin all the way around. I was thinking of removing the headset bottom piece that is bashed onto the fork. Then putting a 2mm washer down the steertube so it sits ontop of the crown. Then knocking the bottom headset over the washer. Then put the fork back on the bike. That extra 2mm would solve clearance issues. That do you guys think.

file down the knob

I do not want to file down the knob. Just wanna know thought on the washer idea in my first post

File down the knob princess.

File down the knob princess.

agreed…unless you want to sell it soon :rolleyes:

"If you want to improve, be content to be thought foolish and stupid."

Simple: get a headset that has a 2mm or more stack height on the lower cup than the one you have.

Ya you either need to get a different headset or suck it up and file down the knob. I don't think that your spacer idea will hold up because of the reduced overlap between the crown race and steerer.

I filed down the the knob.

Simple: get a headset that has a 2mm or more stack height on the lower cup than the one you have. 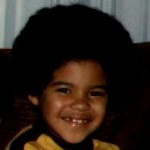 I have a buddy who had the same problem but with a different fork (FOX fork on a Super Light).

He made the adjustments that he needed to the fork and removed the knob.

He then made a cover from plastic and it worked perfectly.

I would email Rock Shox and tell them of this issue. You might get a black box low profile lever or something like that in the mail.

The spacer below the headtube has too much potential to bugger up your frame.

the spacer will definately not work. I had this problem with the travel adjust knob on my sherman. I never change the travel anyway so I just took it off. If I want to change the travel I can just throw it on quick. How often do you actually use this knob. If you just set it up and then leave it you might want to consider taking it off if possible? If you want to change it again just put it back on. The headset idea is good too. But if it doesn't work you may have wasted money on a headset that isn't doing anything for you.

take the knob off

on most small frames ive set up, i just ran a small spacer under the lower race. trust me, it works, but its not ideal.
later

on most small frames ive set up, i just ran a small spacer under the lower race. trust me, it works, but its not ideal.
later

If the Lower race is holding the small spacer tight and evrything is tightene with the star nut and tp bolt, what could possibly go wrong

If the Lower race is holding the small spacer tight and evrything is tightene with the star nut and tp bolt, what could possibly go wrong

You could oval your head tube if it moves to much. The knob sits on a very small (delicate) pin if you remove the knob you may @#$%^ up the pin and then you won't be able to adjust it later.

File down the corners of the knob till you have enough clearance.

I put mine on the end of a piece of shish kabob skewer in my drill and rubbed it while spinning over a fine metal file. I imagine a sheet of sandpaper would also work. Just try not to take away the hole for the setscrew or dig out too much of the top centre.

Ps. I sent my fork in for warranty when I broke it and they didn't say anything about this modification.