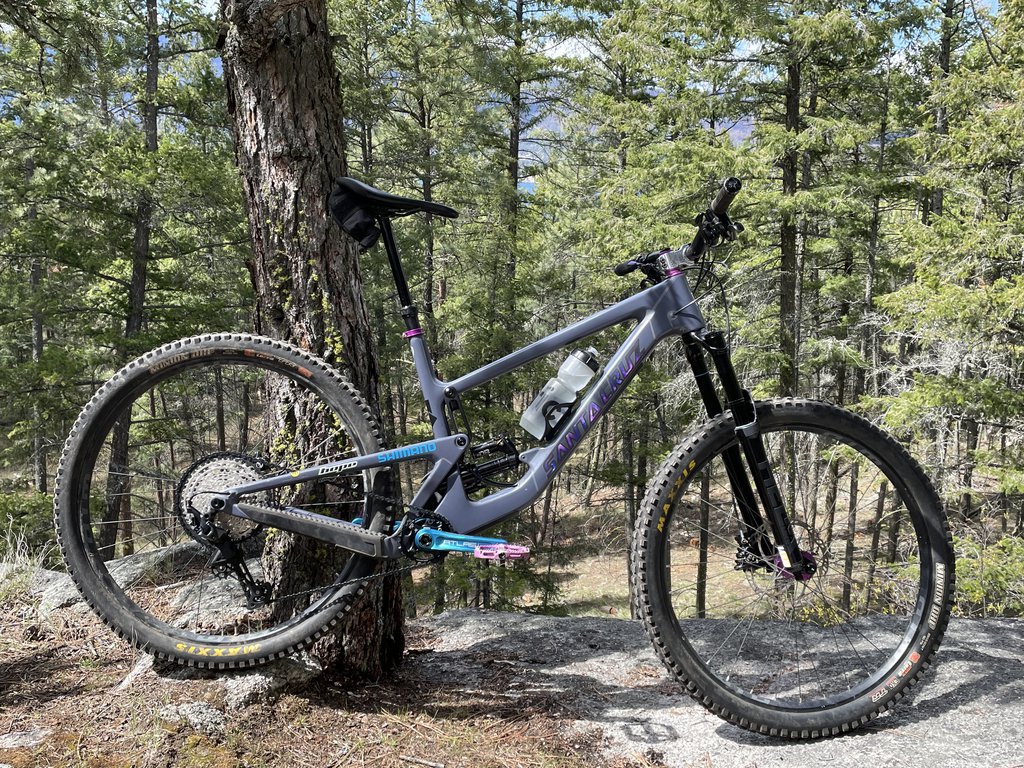 Same Megatower as last year as it really was great plus I plan to keep this for a long time as per my usual but also damn look at the e prices for the new mega. Had a lot of good days on it last year all over the province. Only got it out for the first ride of the year today as we’ve been skiing.

Cannot believe how much of a difference going from 170 to 165 with cranks would make in ground contact but it was noticeable today on a trail that usually causes problems. Not sure if the oval makes a difference.

I was suprised at the pricing for Megatower, it appears to be up there with the E-bikes altho it looks like the E bikes have a lower spec, do you find any noticable difference in terms of power with shorter cranks ?

I was suprised at the pricing for Megatower, it appears to be up there with the E-bikes altho it looks like the E bikes have a lower spec

I was as well, but after looking at the other bikes in their lineup the pricing structure seems pretty consistent across the board for similar builds. The HT frame for example is now $5200 vs. $5600 for the MT, which is not too farfetched being that this HT has been around for what 2-3 years now.

While all of Santa Cruz's lifetime warranty stuff is good, you are just paying for this insurance policy baked into their inflated MSRP.

Good to hear the helix worked out. I ended up with the TRS+. The seizing I believe is part of the fact it’s on a hope hub — slight variation in diameter reuquirung a shim ethirteen provides.

Still though had shark teeth on several cogs after only 500 k or so impacting shift performance. The weight of the cassette sure was nice though!

I ask cuz my Bullit has shorter 170mm cranks, its my 1st Santa Cruz, I am pretty impressed with the bike and after  checking out the Megatower pricing 11.5K doesnt seem like so much $$$$$

I seem to hit a lot of stuff both with the motor and the cranks, probably cuz if I want to keep that power up I gotta keep those cranks moving no matter what,

otoh nothing has broken

Late to the party but same bike as last year, turned into a mullet. 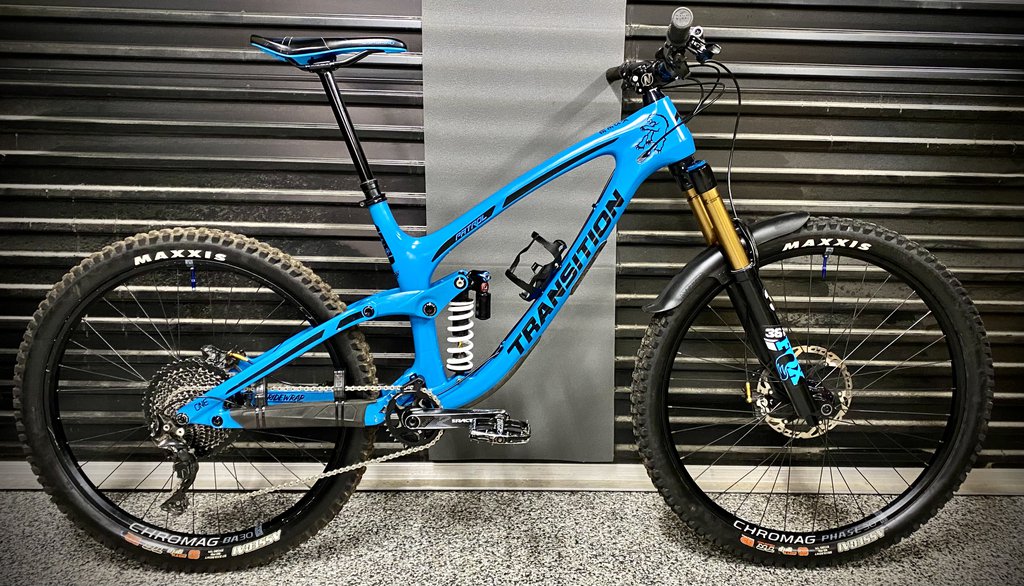 Kept the build as local as possible and am very stoked on how it rides as a mullet.

Just a friendly reminder this thread is for FS bike discussion. I've cleaned up the recent detour. Keep it OT and keep it polite. You don't get extra points for being argumentative. If you want to go OT and there are just a couple people involved take it to PMs.

I was suprised at the pricing for Megatower, it appears to be up there with the E-bikes altho it looks like the E bikes have a lower spec, do you find any noticable difference in terms of power with shorter cranks ?

Only have had a couple rides but with decent climbs. Didn’t really notice any difference in power. I did worry there would be a noticeable difference in the general rotation feel but I didn’t notice anything negative.

May be a function of swapping them over the winter (didn’t get a back-to-back comparison) or there just isn’t much of a difference other than pedal strikes.

Ya I can’t believe the pricing on the megatower now. Glad I got this when I did! 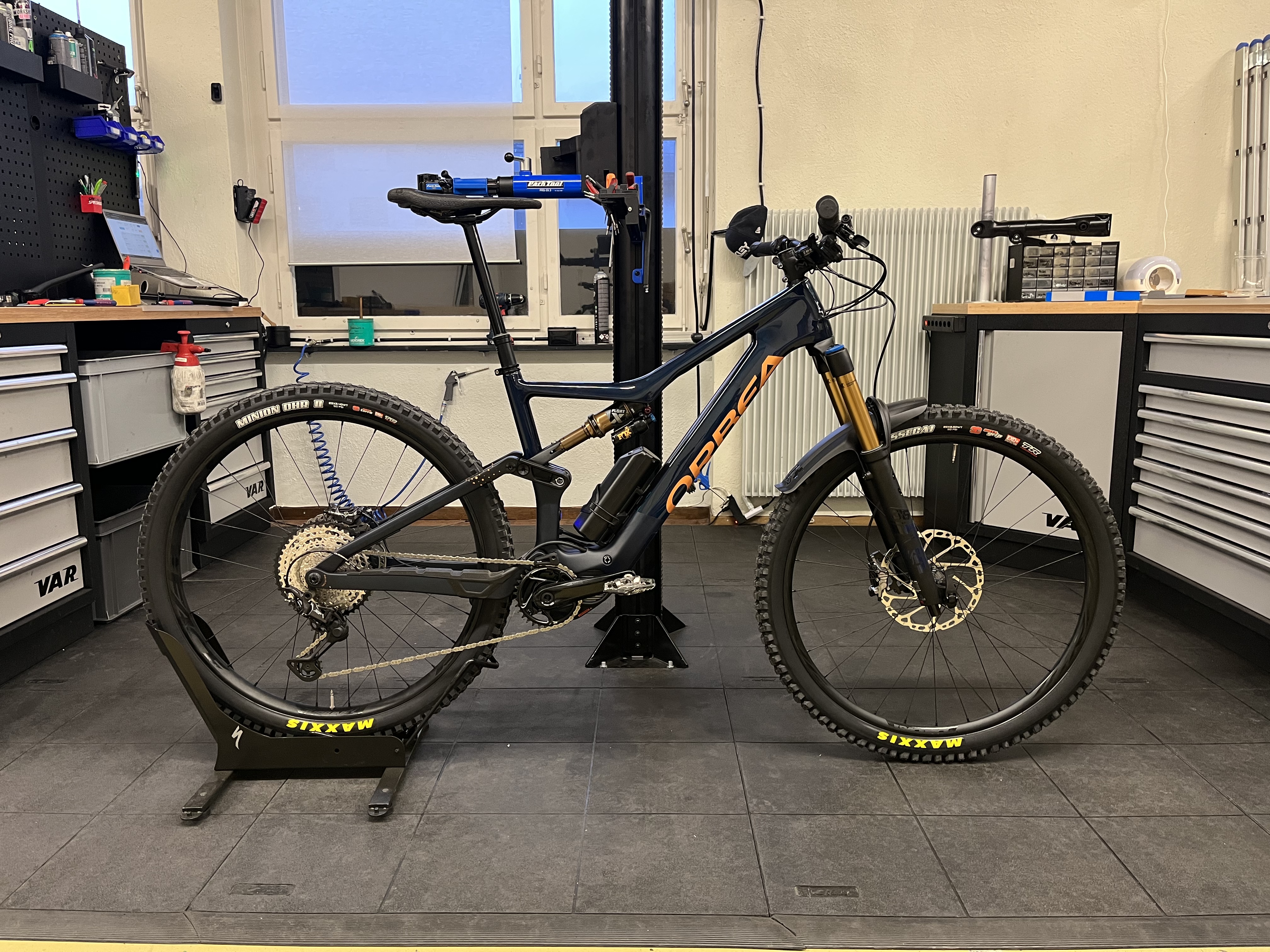 Nice! What's the difference between the V3 and the V3.2? Mine is V3. Also, I need to pick up one of those fenders.

The new V3.2 has a 30.9mm seatpost whereas the original V3 had a 31.6mm. Think they had some reliability issues or something with them. This change was also made to a few of the other V3 lineup.

The V3.2 has more seatpost insertion depth. Seems like the welds on the thinner walled seat tube of the V3.0 sometimes interfered with the seatpost.

There have been cracks on Primes and Titans at the weld above the shock cage on V3 bikes so keep an eye... making the tube thicker should help alleviate this.

Thanks for the tip, checked my Titan, which I've had since they launched, no issues. I'm comforted by the fact that the V3 frames come with a 4 year warranty, so two more years of worry free bashing :D

that must be the Rise, carbon or alloy ? I ordered one last year but then who knows when it was gona show up ? So I'm asking shop bro when its coming and btw  should I maybe just go big or go home and the bullit shows up ... cha-ching

Nice looking ride. That’s the most bike looking e-bike I think I’ve seen. I had to zoom in to confirm it.

Nice looking ride. That’s the most bike looking e-bike I think I’ve seen. I had to zoom in to confirm it.

check out the bh i-lynx both also members of these new light emtb breed with reduced battery and output. there will be even more when bikes with the new fazua motor will be out.

Other than the pointy downtube bend (which could just be the photo) that Transalpes looks cleeeeeean.