Another thing that can help is putting the bolt or quick release cam on the opposite side of the split in the seat tube. This tends to not put extra force on that single point and create uneven clamping pressure.

I believe this Trance has 2 splits in the tube actually to further help even out the clamp pressure. The seat clamp area seems over engineered to me and is the least aesthetically pleasing part of the frames, and at least in this case, flipping the proprietary seat clamp would make it look real bad.

My frame is a medium, and I have it slammed as far as it will go in the frame. It leaves about 7mm on the post. The height works just well enough for me that I don't need to shim the post down to 170mm.

Initial impressions are neat on the bike. It feels like the top end of the suspension is under sprung, but mid-end stroke is way more progressive than expected. 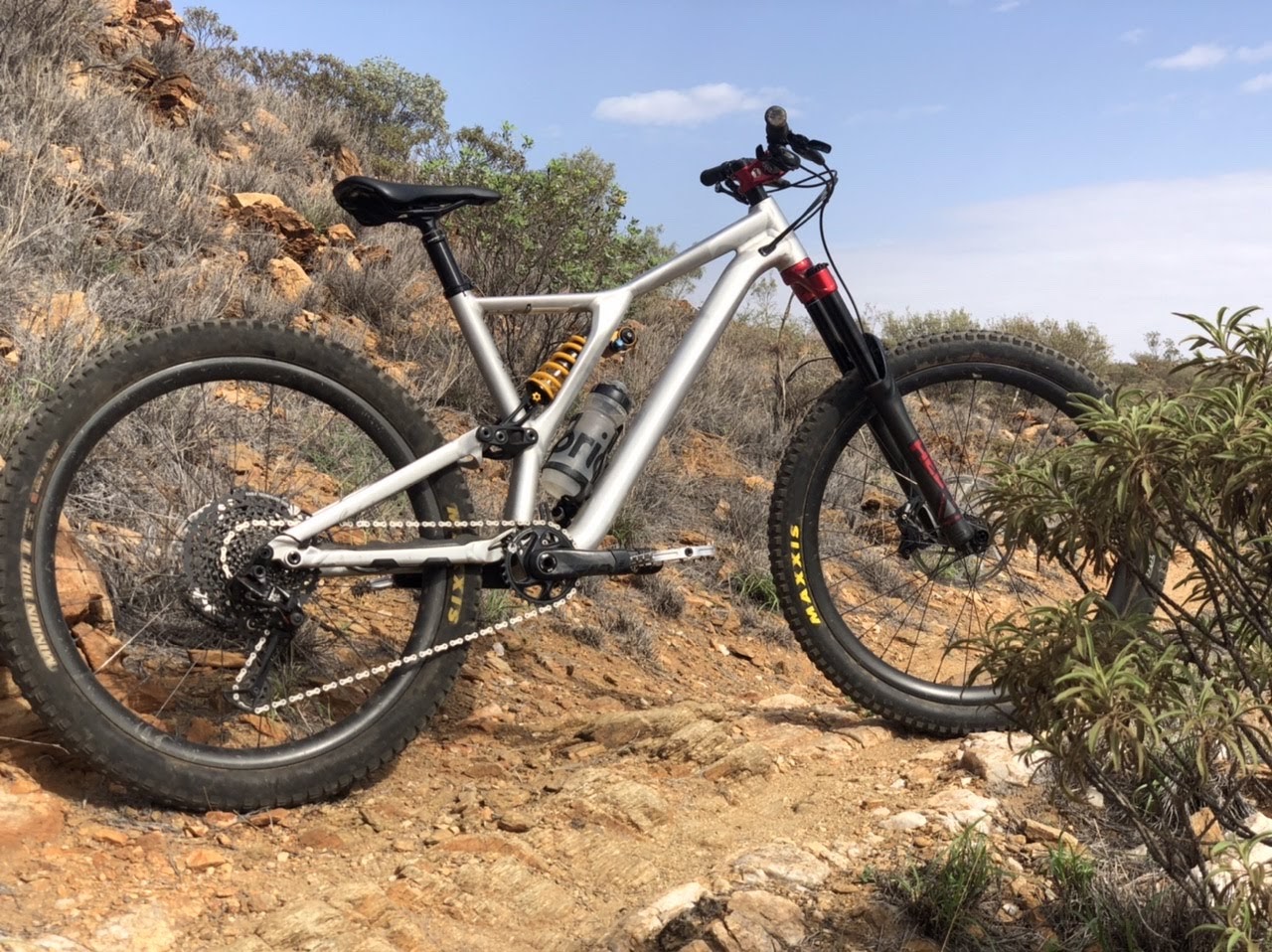 Here’s my specialized Stumpy Evo, she’s 650b with all the trimmings.

The tight, rocky desert trails in Central Australia are fun but my new Dagga pedals are getting hammered by the low bb. Next step may be a 29” wheel conversion if I can find some cheap second hand bits to test it with. And some green pedals to go full Rasta!

Dagga pedals are passing the rock strike testing with flying colours, even if my shins are not.

Thanks for checking her out. NSMB has been my home page since I left the Van North Shore trails and that isn’t changing!

Have you considered 165mm cranks?

I already owned these so they ended up on the build. The 2020 model has 165mm cranks as stock, so specialized seem to think that you’re on to something.

Cotic Rocket Max..   First ride on full suspension bike in a while.. 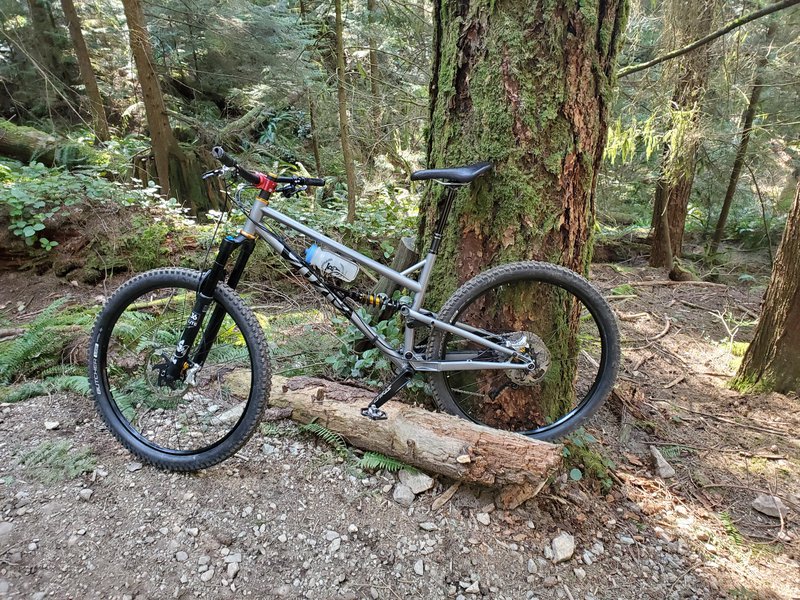 OMG yes. The RocketMax is number one on my list for a new rig later this year. Love the looks Of that frame.

Looks like you bought the frame only? Pay any duties?

How does it ride with coil?

I'll have to look back, but as I recall, not very much in duty just sales tax and the courier processing fees.

It rides really well, after years of riding hardtails it's strange to have a back wheel that seems to be magnetically attached to the ground. Whether that's the coil, I can't say but it rides up well and going downhill I think I'll be a while before I let it fly..

Cotic are super friendly to deal with. Bought a Solaris max  from them last year.

Given the covid crisis though I think this will have to wait for more rides. I'm probably going to scale back to road and gravel tracks for a while.

Right on. Yes I’ve heard great things dealing with them. Too bad things need to be scaled down now but best to not see what that bike can really do and get into trouble. Hearing my local trails are on the do not go list soon so I’m planning to keep the road bike on the stationary a while longer.

New Canfield looks nice.  I have no idea how to insert a photo anymore.

Here's my Devinci Troy 29. It's the GX Ltd. build with the following changes:

At 5'8", I sized up to the large since it is similarly sized to some of the mediums coming out, but the bigger size has taken some getting used to. Chopping my bar down to 760 and adding more spacers under the stem than I would have in the past has been the key.

The angle headset also helps calm the bike down a bit. Even with the fork at 170 (which brought the head angle to 65), the bike was feeling less stable at speed than I wanted (in comparison to my old Norco Range 29, which on paper had similar angles but shorter reach and wheelbase). My theory is that the short offset fork requires a very slack head angle. Otherwise, there is simply not enough front-centre. 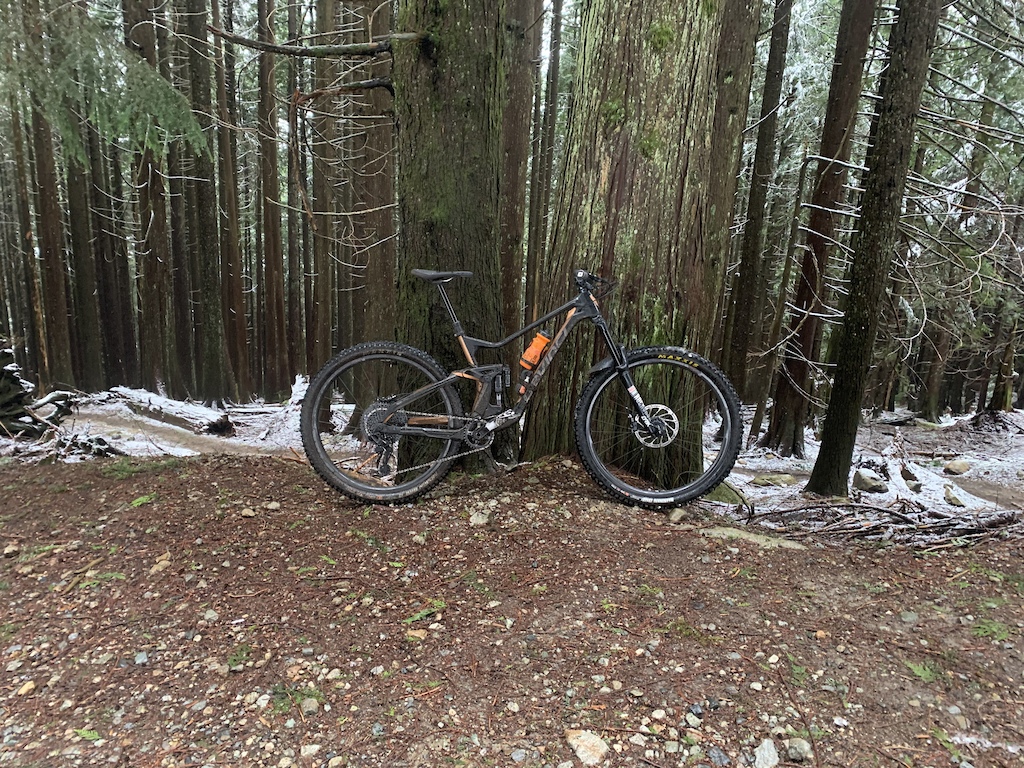 Has anyone got good amounts of time on the Knolly Fugitive LT?

It's the frame I can't stop thinking about. Every time I see a raw Builder edition one I want one more. I look at the new RAAW and sure, it's awesome, but the idea of a slightly shorter travel rig with very similar angles and a progressive rate just seems so enticing. They seem to look better and better to me each year.

Has anyone got good amounts of time on the Knolly Fugitive LT?

It's the frame I can't stop thinking about. Every time I see a raw Builder edition one I want one more. I look at the new RAAW and sure, it's awesome, but the idea of a slightly shorter travel rig with very similar angles and a progressive rate just seems so enticing. They seem to look better and better to me each year.

I like the look of it as well. But since then several other designs have peaked my interests. I have a solid trail bike so for me I would want what the RAAW offers. I,m really curious about the next Sentinel design. No word yet , but after seeing the new Scout it shows promise. Assuming they do an aluminum version.

Got this one this frame in exchange + a bit o cash for my cracked honzo Ti. I've added a few new parts to the build - new green bar Chromag was blowing out and a shorter stem. It rides really nice but I was finding it a bit flexy. Started me thinking about the Fugitive LT as well - but alas, I don't have 157 wheels and I can't bring myself to part with these king/derby wheels yet. I lubed and tightened down all the bolts in the frame and the rear axle and things seem better. Took it out today and got a couple PR's including a tough uphill and a couple of top 10's on the downs so I figure I'll stick with this flexy Kona for a while longer as it doesn't seem to be holding me back too much. 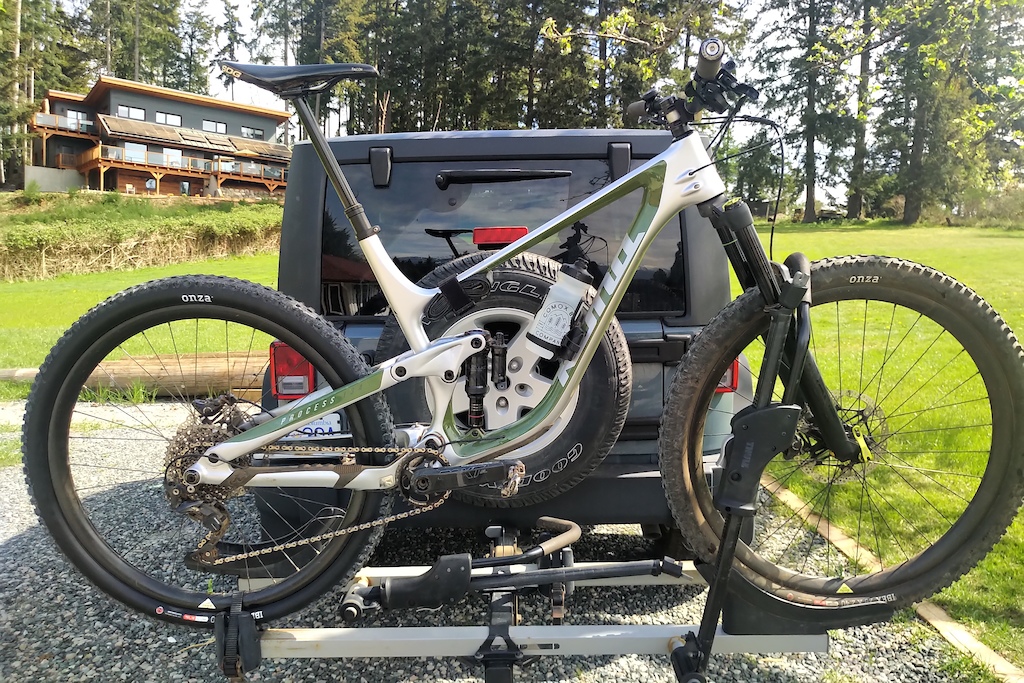 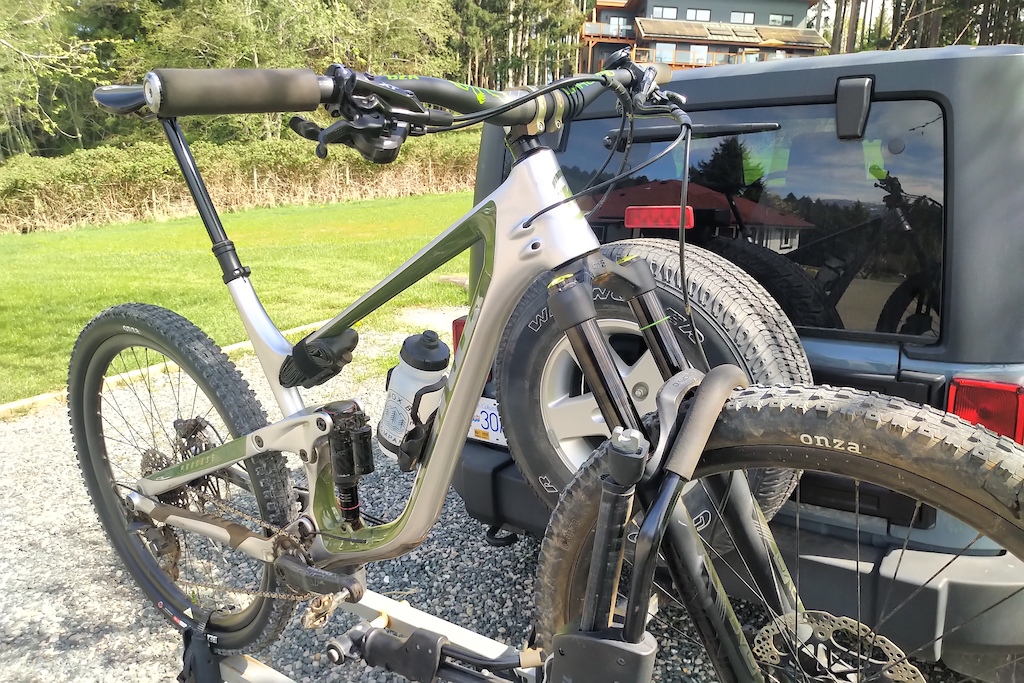 @RAHrider - Interesting. Where are you finding this bike is flexing?

@RAHrider - Interesting. Where are you finding this bike is flexing?

laterally it is a bit of a noodle. Notice during pedaling, hard cornering, chunder. Vertically it's ok, feels OK in compressions. It is a bit like my old Surley Karate monkey laterally though. It was bugging me so I took out a Hightower demo and the difference in lateral stiffness and pedaling efficiency was stark. But after a good ride on the Hightower I found myself wishing I was on the Kona. The overall ride is far superior in my opinion even though the geometry on paper is pretty similar. I wonder if the aluminum versions would be stiffer? The carbon rear triangle Kona is very proud of but when you push the rear wheel side to side you can see the rear axle swinging side to side as the rear end flexes. I can't do this the same on my wife's instinct for instance.

The Wrong Tool for the Job