I love how long travel single crowns flex and creak on Mtn bikes. Then the industry acts like these things magically don’t when another 20lbs of bike are added to them. I don’t believe the 170-180mm forks are using the e36 chassis but I(m often) could be wrong

If you are thinking of bikes in the G1 style, I don't see a reason to use anything other than a dual crown.

Axle to crown isn't too different from a 180mm single crown and at that point the weight probably doesn't matter anymore.

Ya, I now have heard that many people really liked the Spartan and were pleasantly surprised with its climbing ability. Never heard of Privateer, I'll have to look that one up. Ibis never really did it for me, but I also lust after the Guerilla Gravity Smash. It looks like a bike that would ride bigger than its numbers, especially with a coil. Again, the lack of local warranty support and no demos nearby make me nervous.

I was in Denver on business this August and stopped by the GG shop. Didn’t have time for a proper demo but the ride around their parking lot and up the road felt really good on the Smash. Very much in the bike, really nice upright STA. lots of adjustability all over the frame. The ability to change the rear is intriguing and looks pretty easy, if costly.

As their first year on this new carbon layup the frames looked a little unrefined in finish.  Not bad but just not the cleanliness of other brands. could be a function of the all matte black frames

I love how long travel single crowns flex and creak on Mtn bikes.

if you want a fork that doesn't creak then get a Suntour Durolux.

Other options are a lowered Boxxer or Nero R.

For whatever reason fork manufacturers decided to continually shave weight from forks as some sort of circle-jerk race to the bottom. ¯\(ツ)/¯

Should have my ripmo AF built tonight. Pretty stoked.

I had demoed the evil offering and original ripmo and felt both were awesome but had the same 2 main issues - not slack enough and too expensive. Haha. Ripmo AF solves both issues at the "cost" of an extra 2lbs. I'm ok with that.

More details on the new Banshee Titan, looking very nice. Limited first run of only 100 frames, though. Might be hard to get hold of one. 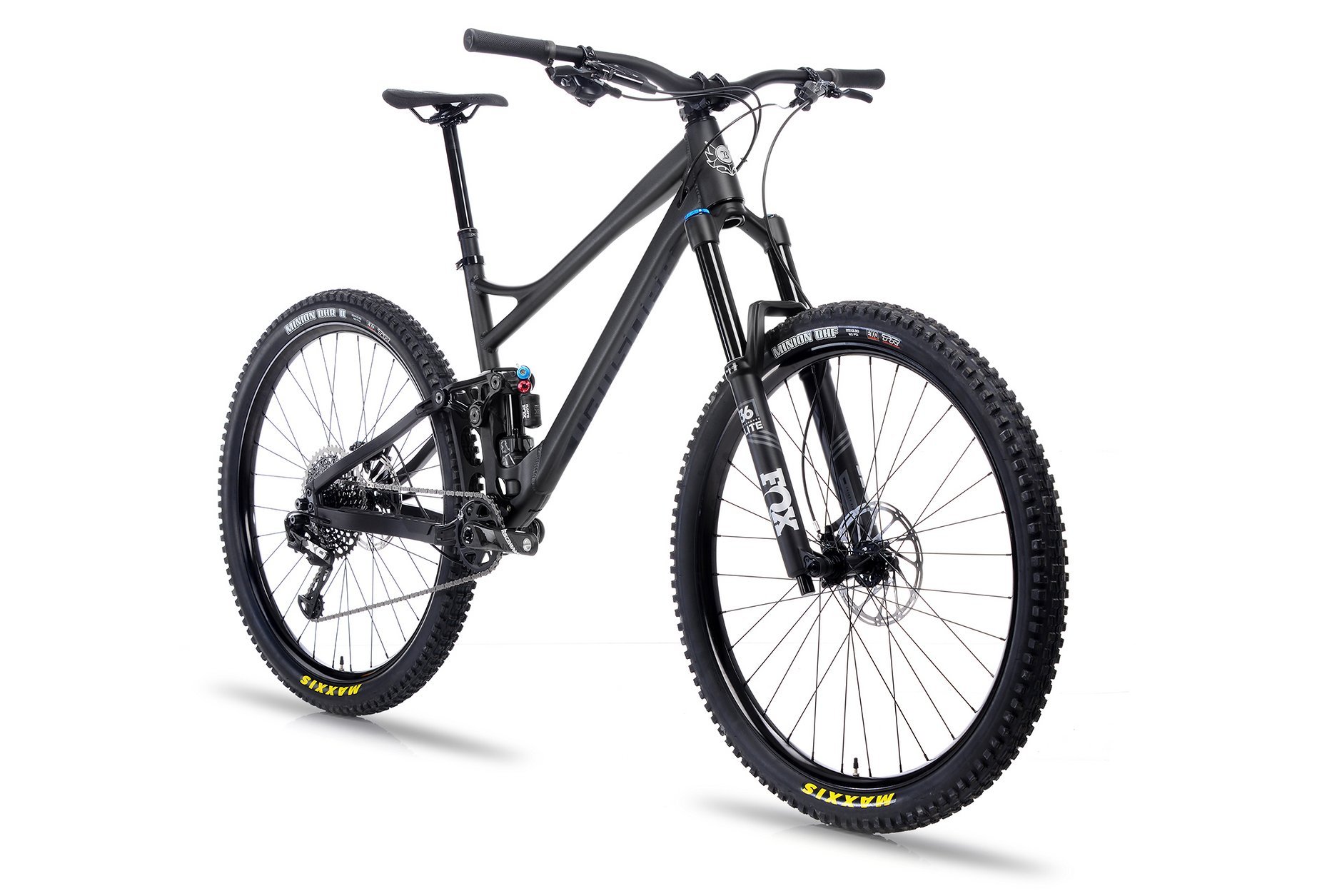 Well done Banshee, I really like the looks. Do they even have a dealer or dist in BC still ??

Contacted BANSHEE , no dealers yet, they are working on a new network. One can have their LBS bring in a frame if needed.

^That seemed to be Banshees old method. Get a dealer to contact them and they’ll send one out. Direct to Dealer rather than direct to Customer.

It’s a good model as a shop isn’t forced to carry an entire fleet of bikes. Just a few on custom order 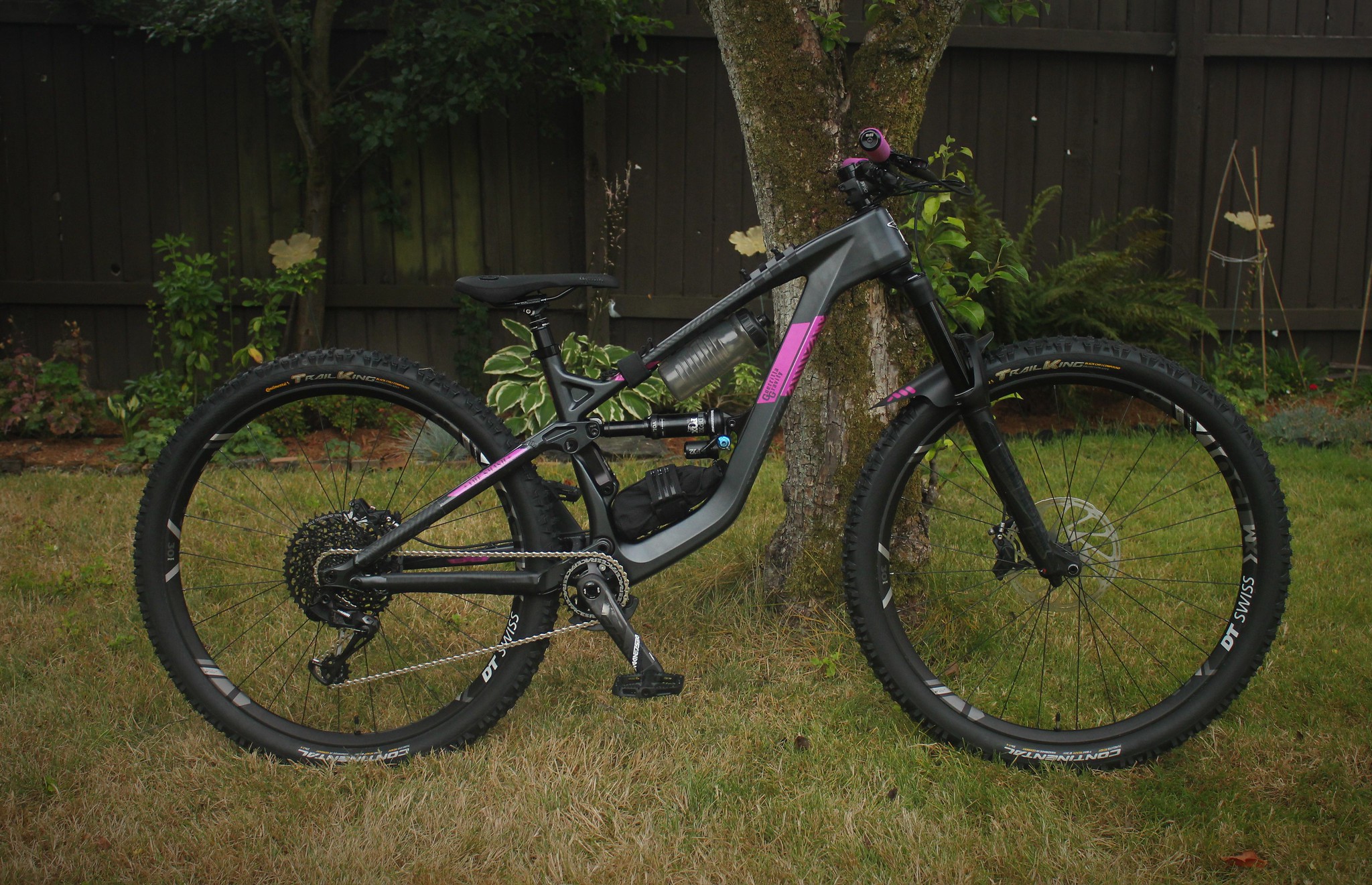 My GF got herself a 2019 GG Smash. 160/145mm so not super long travel, but it punches pretty solidly above its weight class. GG got all the little details right and it's sweet to have a made in the US carbon frame. 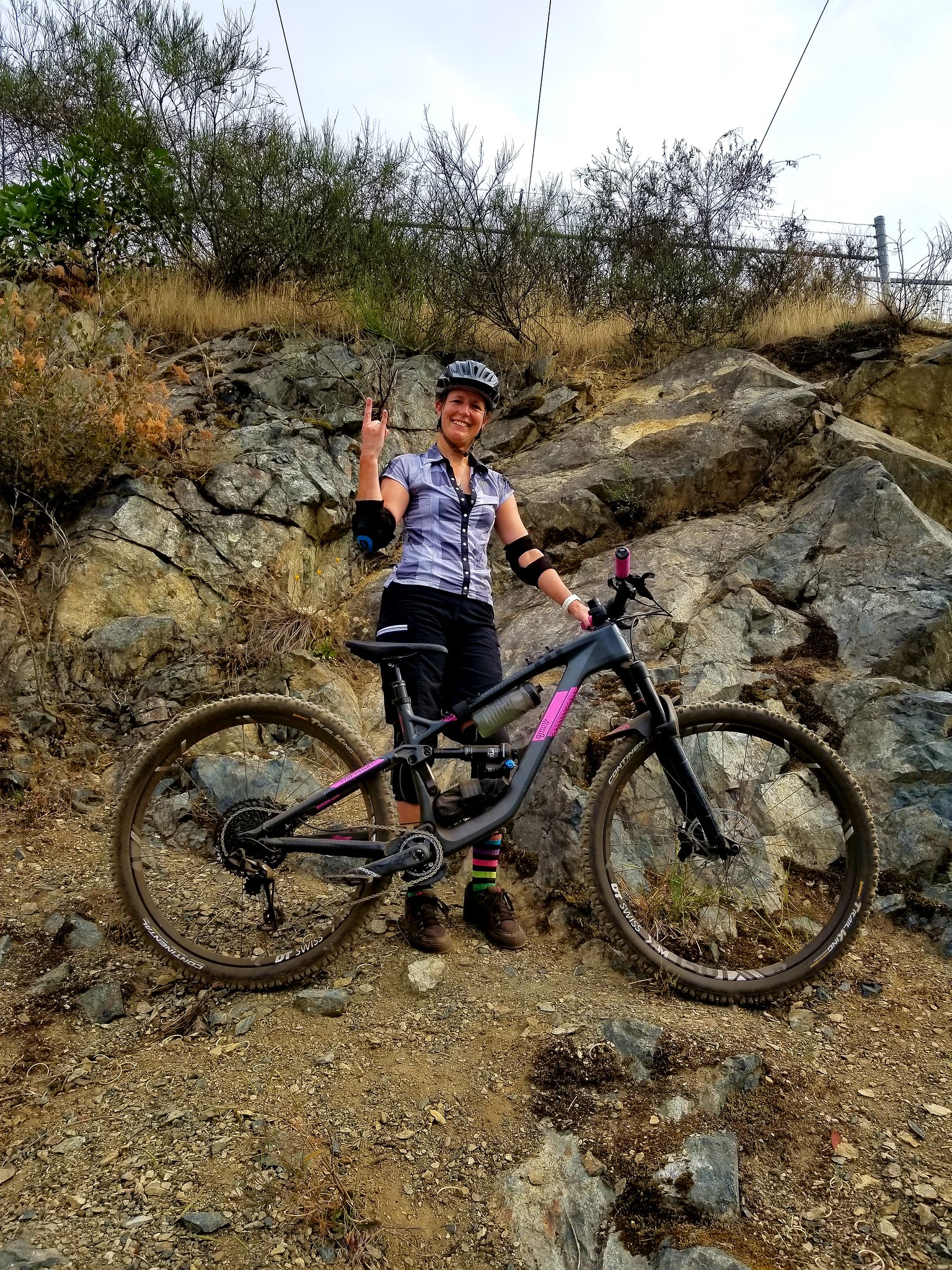 She's been digging it enjoying her new bike stoke and having fun on her first wagon wheeler. 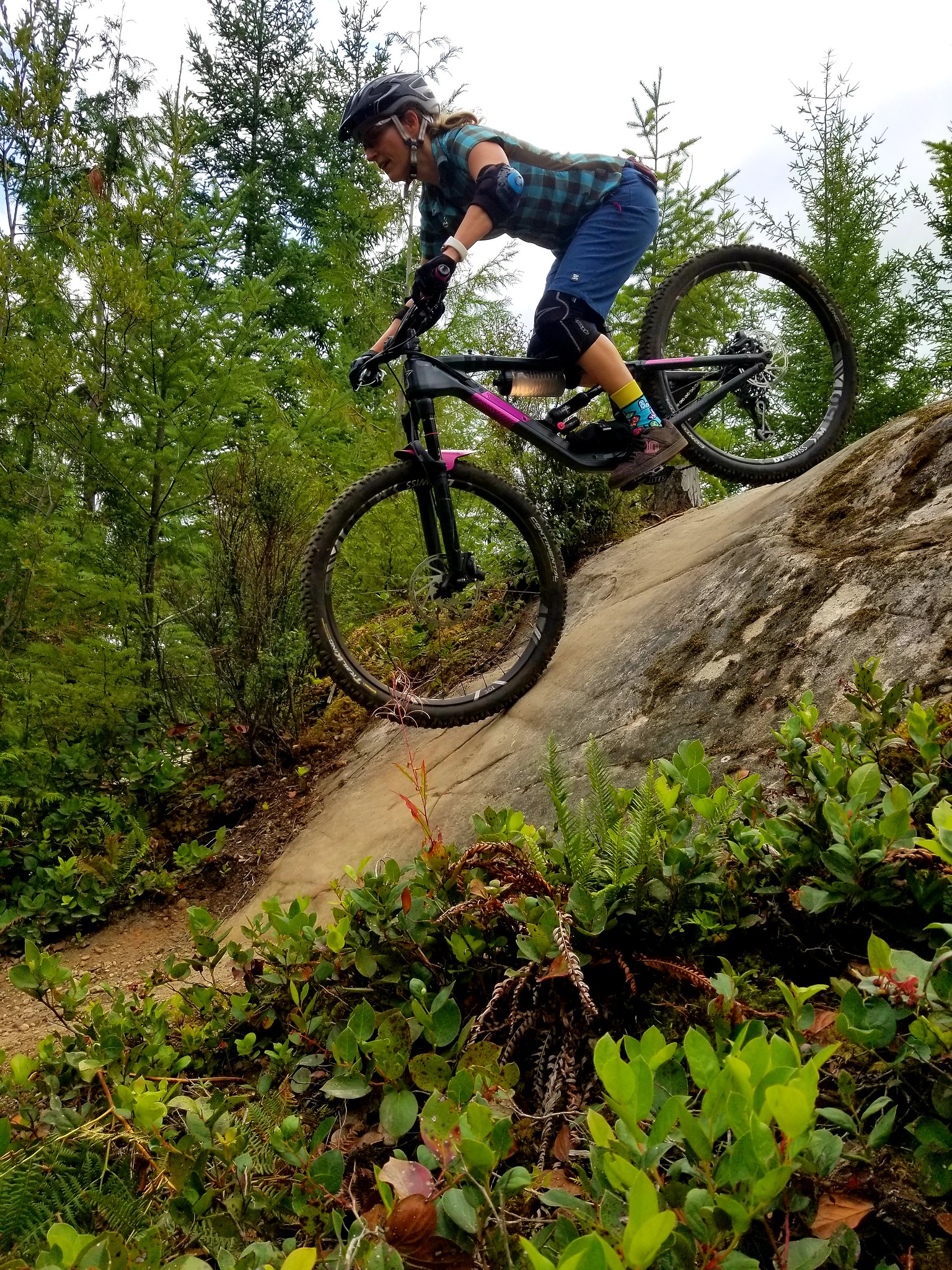 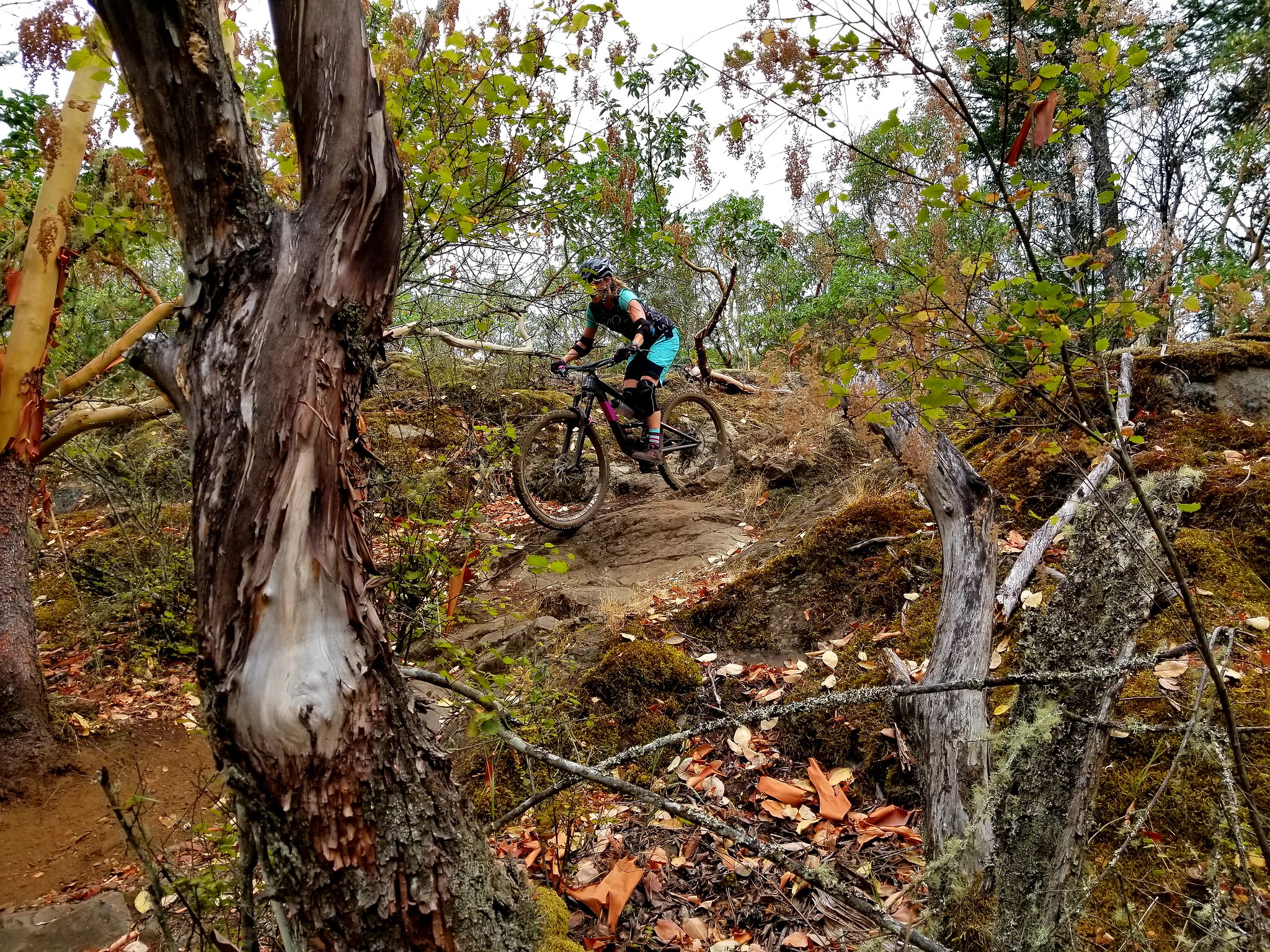 My 2018 metal Smash is still going strong and I've got no plans to do anything, but ride it a whole lot more. Super fun bike and very capable. :) 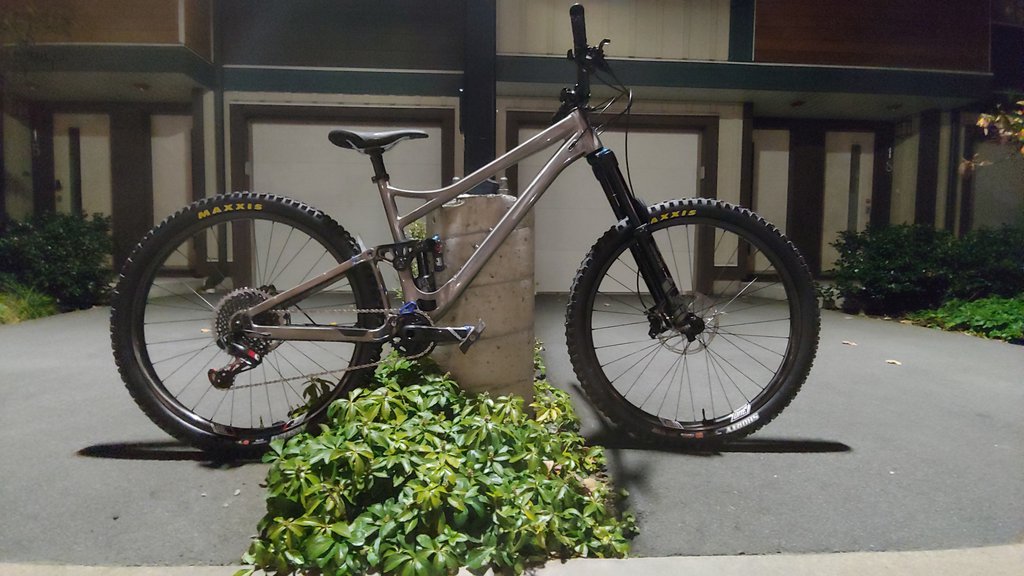 Did you buy the frame or a complete?

How much did it set you back?

how about the new Norco Sight?  them's some geometries right there. talk about LLS. and seat tube length, the lowest i've ever heard of. 465mm on a size XL!! that's 30mm shorter than my current bike or any other bike i'm interested in. i'll look forward to a demo next spring. never been on a bike with numbers like this.

A buddy had one to demo for a week. Nice bike he really likes it. He has the 2019 in a XL and it,s forsale. He said the 2020 Large is more suited to his fit. I chatted to the engineer who worked on it. He said it is coilover compatible , they have to work on the tune up. It hit,s a lot of wants for my next bike , any idea if it,s a threaded or press-fit BB?

29 Sight is on my short list once I get my bikes sold :D

Bought frame and build kit from Banshee, parts from One up, We are one wheels. Frame was expensive...

First impressions were really good but need to figure out the suspension. Or maybe I'm just used to running it too firm on my Prime.