So I'm looking at joining this long travel 29r band wagon.  The bike I got 2 years ago was that weird Tantrum bike and it's been super fun, but it bottoms out like a mofo.

Anyway, I'm one of those people that's stuck between sizes.  Mediums are a touch too small and Larges are a touch too big, however modern geometry mediums seem to fit like a dream.  So I'm looking at something with a longish reach.  It needs to be boost so I can use my hubs, and I don't want to support any company that uses $$$ to develop e-bikes.  I don't really care if it's carbon one way or another.

I demoed the Evil Offering and it was pretty magical.  I was instantly comfortable on it.  I could sort of feel the big wheels, but it was super fun at speed and still managed to handle some of the tighter stuff.  I was most surprised by how active the anti-squat was and it climbed really nicely.   I thought I needed to sell a kidney to buy one, but the tax man was greedy through 2018 and he owes me a lot of money now (hurray?).

I also demoed the Ibis Ripmo and it was quite the opposite.  The numbers looked right, but it felt super upright and a little twitchy.  I've come to conclude that I actually know nothing about geometry and I should ask strangers on the internet about the subject.

Anything else I should be looking at?

Take a trip to Bellingham and demo a Transition Sentinel.

Interesting to hear about the Ripmo, that bike is very high on my list.

It might just have been my body not feeling happy with the medium Ripmo. Or it was the different offset fork. I don't know. It's definitely worth a demo though. It might work better for others.

I demoed the Evil Offering and it was pretty magical.  I was instantly comfortable on it.  I could sort of feel the big wheels, but it was super fun at speed and still managed to handle some of the tighter stuff.  I was most surprised by how active the anti-squat was and it climbed really nicely.   I thought I needed to sell a kidney to buy one, but the tax man was greedy through 2018 and he owes me a lot of money now (hurray?).

Anything else I should be looking at?

You demo'd a bike. You found it to be pretty magical. You've got the funds to buy it. So, nope, look no further, buy that thing and ride :) Since I own one (and like it) I'd recommend demoing a Bold Unplugged, but that's probably not an option for you. But, seriously, seems like you've already found a bike that you like. Go for it.

you've got a Bold Unplugged?  dude, you need to do a full write up on a separate thread including price and procurement details, lots of pics, the works.

There's a pic somewhere in the FS thread. But will do, just give me time.

my bad. I thought robots welded lots of things

On occasion Whilst getting sendy on my wagon wheeler the rear wheel will buzz my butthole. 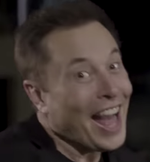 ^whatever gets you off

Many factories have robotic welding even in the bicycle industry. This is somewhat old tech now. Google will lead you to the answer.

I was able to demo a Sentinel two weeks ago out at Alsea falls here in Oregon. All I can say now is I'm sold, sign me up, I had an absolute blast on that bike!!! It was and XL frame with GX eagle build kit.

I had never ridden at Alsea falls and have heard different options of the trails. My opinion is that it's basically all flow style, nothing hard or super technical but fast, and traction was rated as hero level that day. It's the complete other end of the type of riding I typically do so it was really fun for me.

Now on to why I liked the bike...The harder I pushed it the better it got! It took a little bit to get used to the SBG style of sitting more forward on the bike but once I did and really pushed and leaned the bike over in the corners the bike just followed my line without hesitation. I found that I was over clearing some of the jumps because the bike ran so fast, I was having to brake check before just so I didn't over shoot the landing...Nice problem to have. There's a section of trail at Alsea thats mainly just a flow/pump section that I previously would of thought the sentinel wouldn't of shined on, but I will tell you what I had a sh!t eating grin the entire time! I loved how when I would make a mistake in the air or get way off line the bike/suspension just ate it up and plowed through it.

I wasn't able to doing any technical or hard climbing as Alsea is all paved and fire road climbing. It definitely feels like a pig in those situations and the climb switch is a must. The Maxxis 2.5WT tires are amazing on the DH but slow rolling going up, I'd love to see what this bike feels like with a 1600-1800 gram wheelset (although who am I kidding I can't afford that). I'm no XC racer but I'm usually the guy waiting for others at the top of the climbs so I don't mind having a bike that helps keep my dad bod in shape.

Drew from transition was there on behalf of transition and he's an awesome guy if you ever get to meet him. He had the same response to this bike as I did, this bike isn't for everyone. If you are a beginner or lower level intermediate rider this bike is probably not for you. That's where their Smuggler/Scout is going to shine. I would need more time getting used to manualing this bike as it's way longer than my size large Knolly Endorphin. If you like to push your bike, go fast, huck, drop, etc. like to get rowdy and try different lines that may not always work out but this bike is amazing! But for me who can have only one bike in my quiver I'm sold on the Sentinel. Now I need to decide on the Pinot Red or Gunmetal grey, thinking the Grey

I am excited... Although I have a lot to do.

I still need to build wheels up for this.