. I had the hand clinic make me a brace designed to protect it when riding,

Was it the black melty-plastic thing?  Did the restricted movement while wearing it cause less grip strength?

Saw these on PB: https://www.redmonkeysports.com/collections/klampz-lock-ons/products/klampz-lock-on-silicone-grips?cmpid=PBgiftguide18&variant=11405947732083

. I had the hand clinic make me a brace designed to protect it when riding,

Was it the black melty-plastic thing?  Did the restricted movement while wearing it cause less grip strength?

It was a tan, perforated melty-plastic thing with some velcro straps to hold it to my hand.  It didn't restrict my movement in a negative way, just kept my thumb in a grip position.  The intent was to prevent my thumb from folding back again if pushed during the recovery period.  I had less grip strength (for about two years or so I opened a beer with my left hand) due to my torn and repaired ligament, commonly called "skiiers thumb".  Nose dived off a rock drop on A-line warming up for the first Air DH back in 2001...

Does anyone know of an LBS stocking the ESI silicone grips? NV or east of Boundary?

The more I ride with the Diety Knuckledusters the most I like 'em. I would also love to try the ODI Elite Pro and the DMR Death Grip.

I've struggled finding the right grips since I broke my thumb last year and then sprained my other thumb this year. My Range came with Race Face Love Handles which didn't have nearly enough padding for my liking. Then I tried some old Specialized single clamp waffle grips which were better, but still not padded enough. Then I went all out and tried some ODI Rogue's (ok, so Oury grips would probably be 'all out'). They were comfortable, but felt like I was trying to palm a basketball. Finally, I've settled on Deity Knucklebusters. A bit thick for my hand size, but a nice mix of cushion and size. The only way they could be better is if they removed all the padding from the finger side because it adds unnecessary thickness.

The more I ride with the Diety Knuckledusters the most I like 'em. I would also love to try the ODI Elite Pro and the DMR Death Grip.

Those'll be the next two grips I try too. Or ODI Flow? (Same grip, but padding only on one side).

ESIs feel great, but if you're a hacker and put it down often it becomes an expensive habit. After I weaned myself off of ESIs, I went Race Face Half Nelson for a couple rounds. Very nice feel and padded, but bare hands wet were slippery.

Does anyone know of an LBS stocking the ESI silicone grips? NV or east of Boundary?

I have ran ESI and another brand similar material , switched to these and love them. They don,t dry out over time and are more durable . 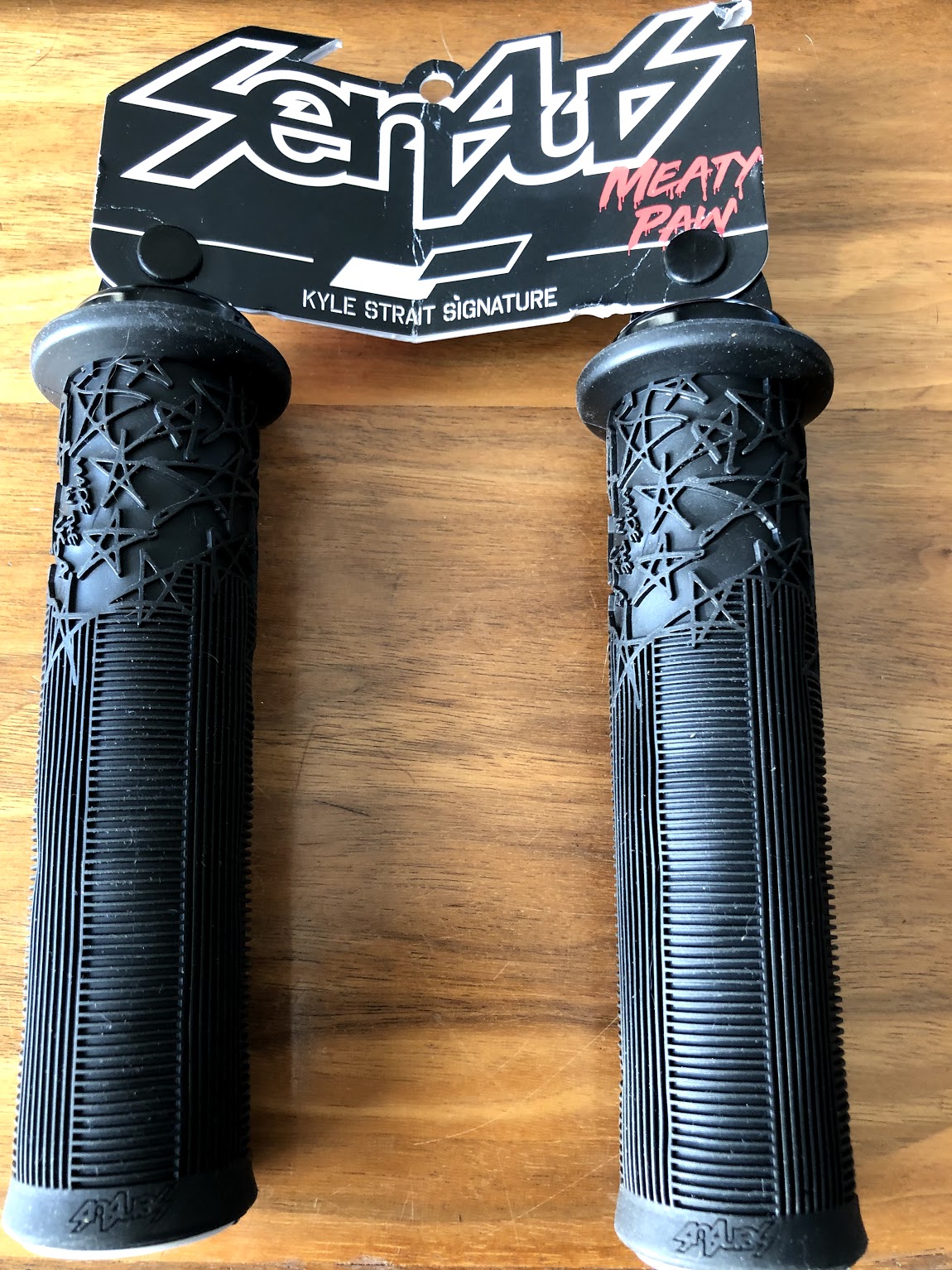 Now we’re talking. I have this theory of small diameter grips. Our first cool mountain bike grips were Oakley BMX grips. O wings had this little wing on the outside and I forget what the other was called but it had an inner and outer made from different unobtanium. But BMX is or was a kids sport. So small grips. But as riders got older they retained the small grips because they were used to that size. So I think maybe we all have been hoodwinked into using kids grips.

I don’t have large hands but I have come to much prefer fat grips. The small ones I found pounded into my palms. It’s not a matter of padding but diameter I think.

I tried to find out what motocross bikes use but I can’t find outer diameter. Just inner because there are two bar sizes. Are moto grips bigger around?

I haven't yet had grips that seemed big enough so we will see how these do. They're aren't super compressive. They're pretty thin and grippy but the sleeve is super firm.

I just saw the vid on PB. Quite funny!

Did you get these directly through the Sensus site or somewhere Canadian (more specifically S2S)? I'm definitely interested in getting a pair.

I look at Olympic Weightlifting bars and the men's 20kg bar is 28mm diameter, those feel great in my hands for lifting (small hands) whereas the cheap bars you find at globo gyms are often 30-31mm diameter because they are cheaper to manufacture to appropriate strength. Always have a harder time holding onto those.