i concur. yet another rad tubed ht? meh. frank HAS done lots of neat work over the years, though. case in point: 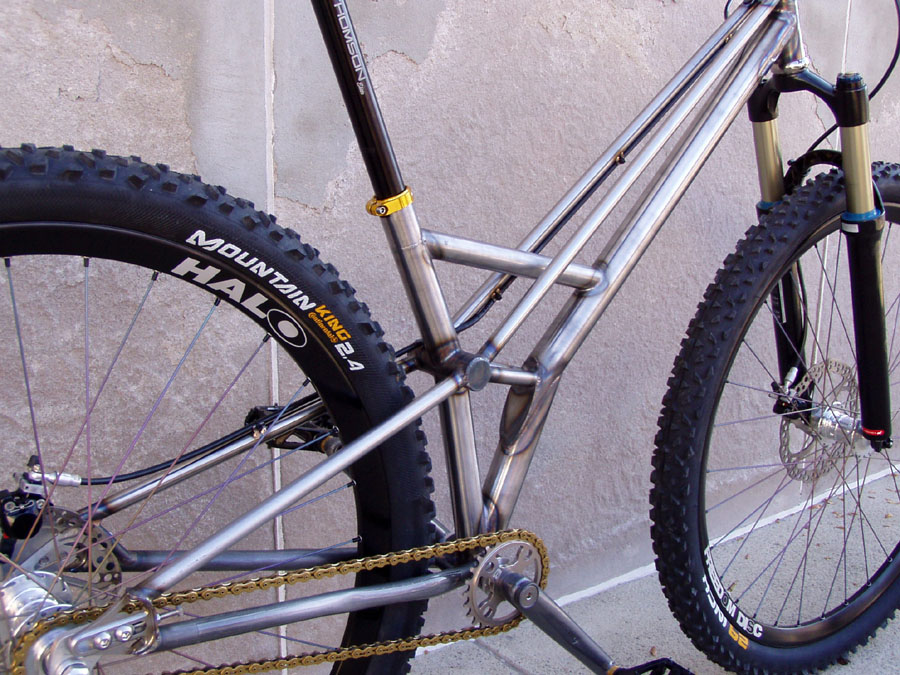 Yeah - part of my plan for sure - was trying to find some old gum wall tires. Need to do some teardown and repacking of the bearings. Original Suntour XC Pro bear traps are still in pretty sweet shape. 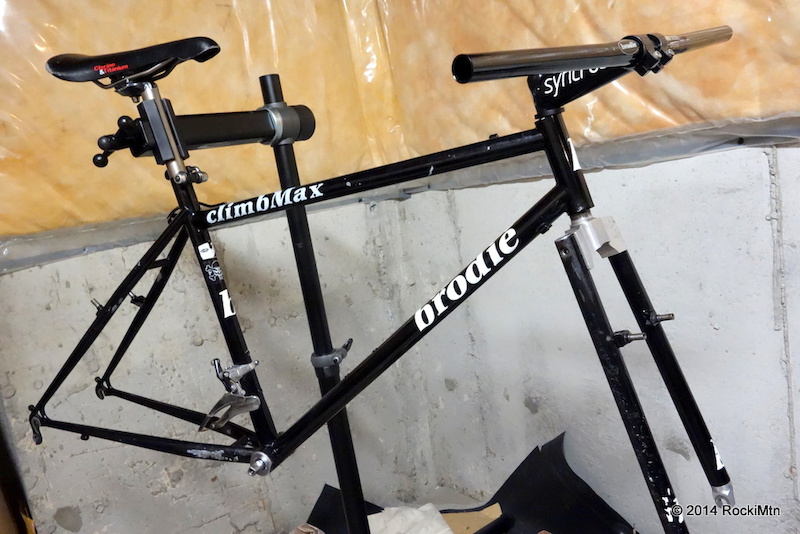 Ad doesn't include fork as it is too short.

It does include the bottom bracket cable guide though.

Judging by that price, maybe I should advertise my wifes Sovereign for ONE MILLION DOLLARS.

Includes seized bottom bracket.
In other news it was nice to see an older Rocky Mountain Hammer being ridden round Burnaby Mountain yesterday late nineties maybe.

And you would be told to stop wasting the seller's time. These frames are very hard to find in such condition, and he will probably get closer to asking price for it than just beer money. 75$ for a usable factory made steel frame, but definitely not for a Paul Brodie handbuilt bike. 550 may be a bit high, but certainly in the 350-4 range based on the ones I have seen go by. It may not be your cup of tea, but this particular bike was extremely popular, and they are limited in numbers and only getting fewer. Brodie may be crap now, but in the early 90's they were were among the more sought after small brands, with some BC cachet to boot. In fact, if the guy holds out long enough, he'll probably find a buyer desperate enough to relive his/her youth, that they'll be willing to buck up. As per the BB, I bought one that was same age, in rougher shape, BB came off no problem, so you never know, but probably good to check.

Price really isn't that outrageous. I'm more appalled by people selling Sturmey Archer hubs for $200, or crappy Nishikis for $500 on craigslist. This at least has some craft and history to it, and marks a distinct place in MTB evolution.

So i've been looking for a lightweight fork to put on my son's 24" ghost. I found a perfect condition Manitou X-vert single crown. Probably '98? Super light and still has great suspension for a 75lb kid. Problem is, how do i get the shimano front disc brake attached to it? Looks like it's 73mm and the new standard is what, 75mm? Do i shimmy and drill the brake to make it fit or is there an adapter for this new brake/old fork shit? 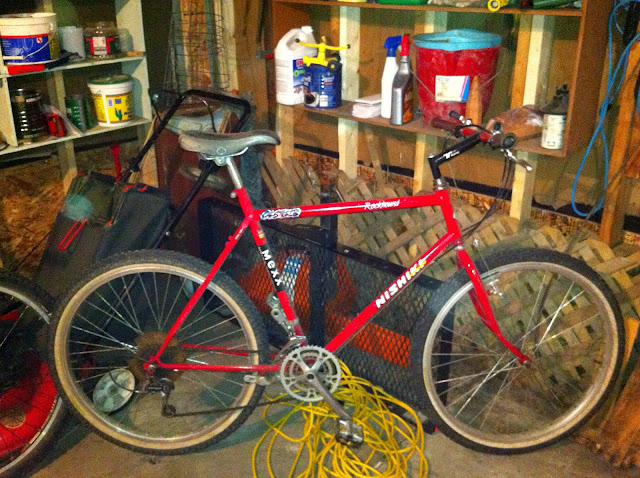 Old school thumbies, t-bone stem, U-stay brake, gumwalls, steel bar painted to match the frame, and what look to be longish (177.5?) cranks….almost forgot the period-correct MEXX sticker. There's a lot to love there!

Hey thanks for the compliment on my Nishiki. This is my first mountain bike. Crazy that I still have it. The tires are my original specialized ground controls and I remember buying that stem in Bozeman on a ski trip to big sky.
Other period correct sticker is the Calstreets on the top tube. The only thing missing is the oval chainrings.
Got to thank my parents for keeping it around.

trawling for stuff for a current build, found a few interesting items for smaller, older riders

yeah the parts are shit but hey it's a blizzard

and… a bridgestone mb1