I think the switchblade would be a pretty killer all-rounder for the shore.

I feel like this is an appropriate spot to discuss this review. I think the reviewer shot himself in the foot trying to outsmart the fit guide. People are complaining about the reach being too long and the stack too low on the warden, but this kind of makes sense to me.

If you like the reach but the stack is too low get a taller riser. If the reach is too long get a bunch of spacers. Or better yet, over fork the bike as I often do when I want 10mm more stack.

Are people getting ready to go back to 66 and 65 deg hta and a bit shorter reach than the geometron?

The mistake was already beaten to death in the comment section there. Not much else to say. The reviewer apparently had some type of brain fart and looked at reach in isolation, ended up on a bike that was way too small, and then proceeded to complain about all of the things a person with a bike that is too small for them would typically complain about, which unfortunately made the review a bit useless.

Similar to the Mike levy specialized status review where he reviewed it as a 160 version and it was a 140. These guys have so much bias and I think can't help but write reviews based on numbers and marketing materials as much or more as riding impressions.

Which is totally fine as long as everyone takes any of the articles as simply entertainment and takes any technical commentary with a very large grain of salt.

Actually I considered Dan the only technically knowledgeable reviewer on that website. And than he pulls this. Oh well..

Geo plus dvo suspension is kinda monster trucking with pop off attitude for trail riding.

Posted by: RAHrider
If you like the reach but the stack is too low get a taller riser. If the reach is too long get a bunch of spacers.

If going for the taller riser you probably need a shorter stem too. Otherwise your hands are more forward, relative to the steering axle.

Also, Pinkbike seems to have some kind of group-think going on where they fetishize the reach number. I notice that in other articles and also the podcast, where they say things along the lines of "i feel comfortable on bikes with a reach of 470mm, but 480mm is too long for me". Which doesn't make any sense when ignoring the rest of the bike.

Picked up my new Patrol XT build (2022 I guess?) from the bike shop on Saturday. Between family and work haven't been out on it yet but should get a lunch ride in tomorrow. Threw on my Renthal bars, Deathgrips and a new Fabric Scoop saddle last night and setup the suspension. Going to swap the Schwalbe's for Assegai DD MaxxGrip front and DHRII DD MaxxTerra rear tonight (Schwalbe's for sale if anyone wants em). Was able to fit a 750m bottle in a side load cage so that's nice. Gonna look at EDC now and maybe drop the fanny pack for most rides. Pedaling around the yard the seated position feels very comfortable, similar to my old bike despite +18mm reach which is offset by -10mm stem length and +1.6 deg seat tube angle. Mullet doesn't look as goofy in real life as I expected it to.

Shop weighed the bike in at 36.1lbs without pedals with the stock bar, so now I need to find people to start shuttling Seymour/Cypress with :). Will post more thoughts after I ride it. 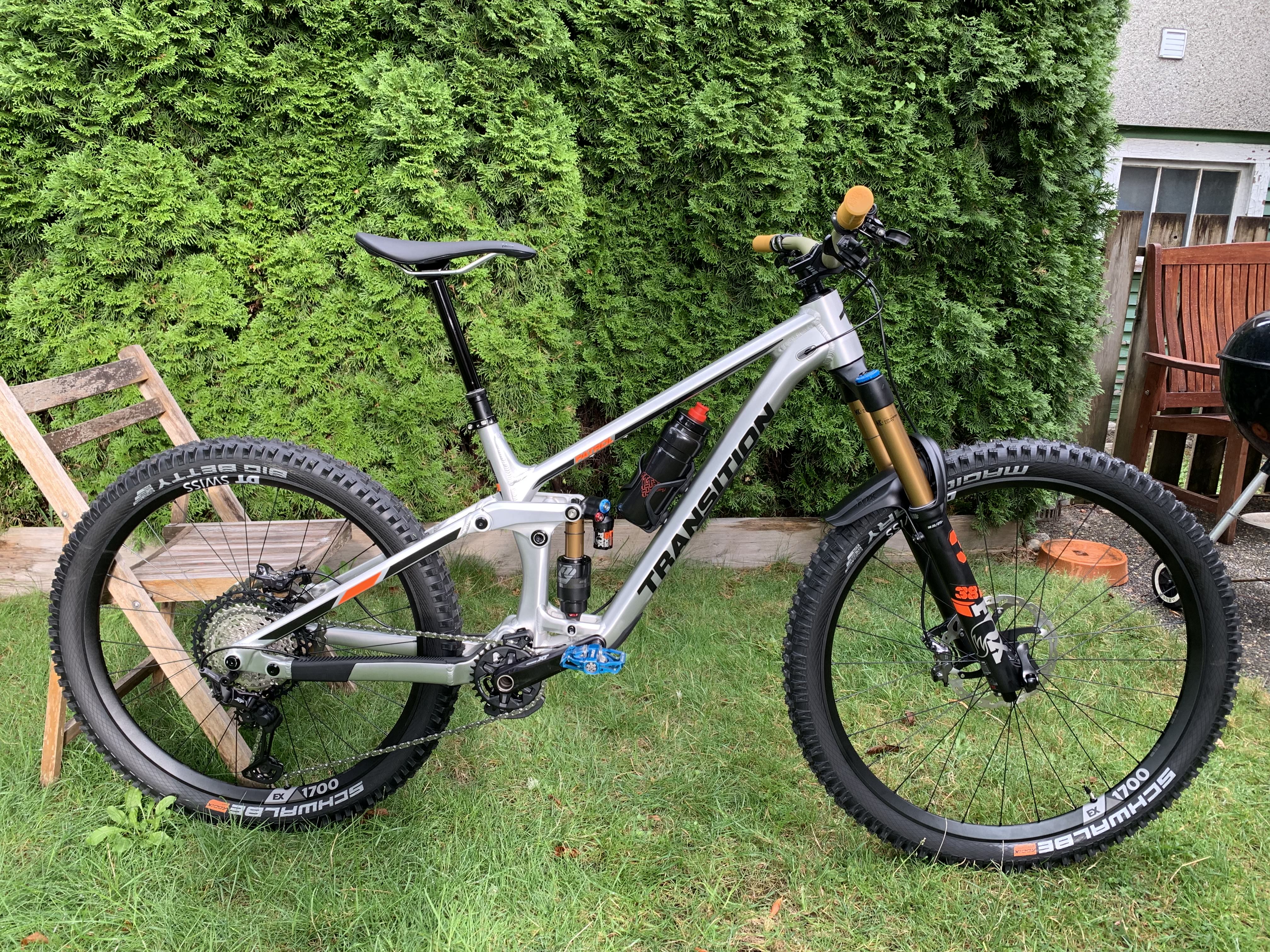 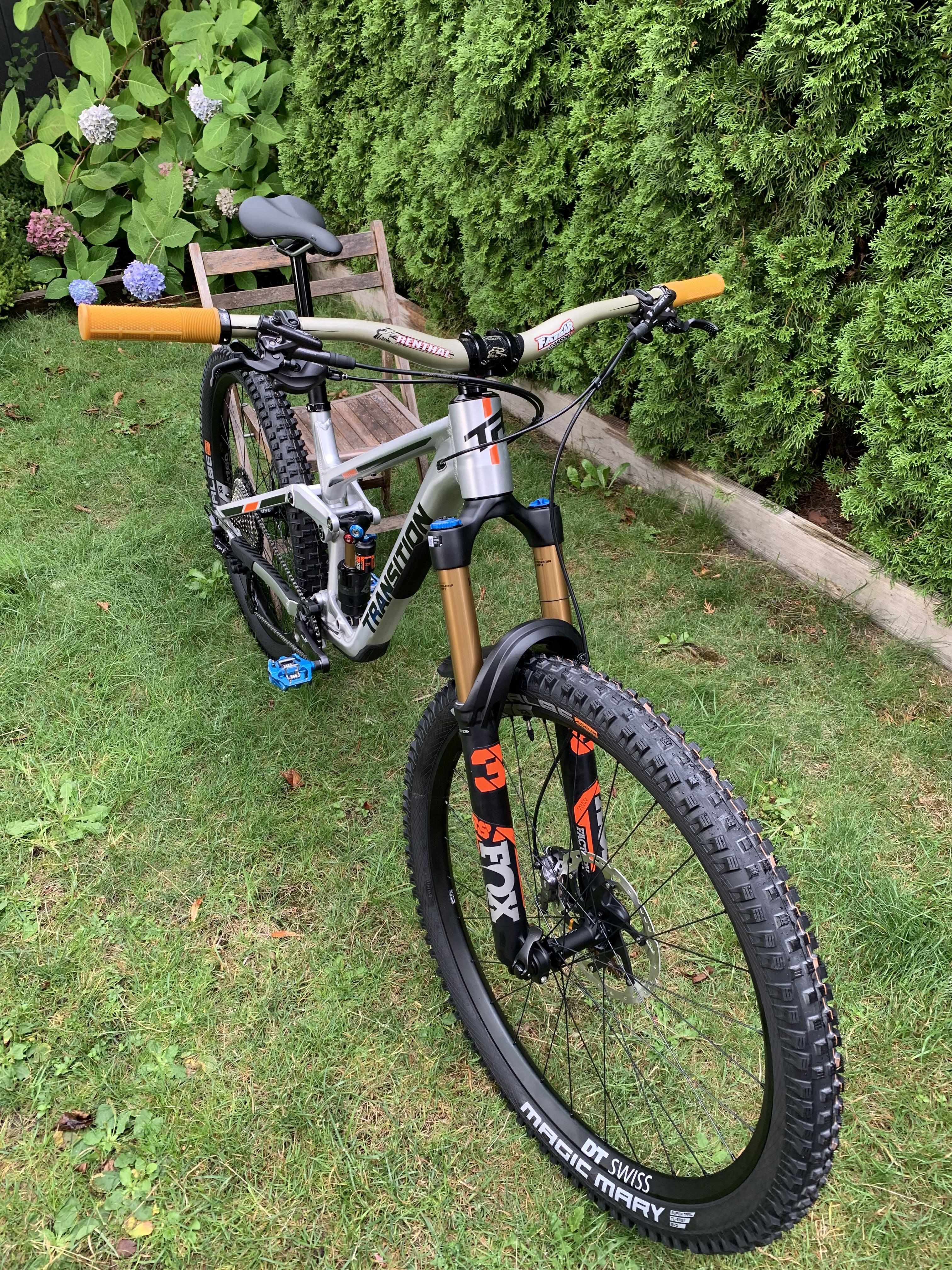 Beauty Patrol - you should be able to pedal that up most stuff without issue.

Ive got a few rides on my new Spire. Ive gotten used to pedal placement as suggested above -I never had an issue on the Spire descending as placement has always been a thing descending- but it took a ride or two to get used to it climbing on janky stuff as suspension compression makes this much worse.

I did a hard fireroad climb the other day - its usually mostly a pedal with the odd push up - 2.5km on gravel with an average 19% grade -usually pretty hard for me. It was mostly a push up on the Spire. I wasnt feeling great and it was hot and in the morning so the scene was not in my favour, but it felt A LOT harder on that than my hardtail (as youd expect). I may have pushed up more than usual but I was still able to get the bike up and I guess thats the point. Its very manageable on something like the Seymour climb trail but I really feel it on harder climbs.

Nothing new to report descending. Its like a DH bike. My upfront concerns that the wheelbase might be awkward in the slower janky going down stuff were unfounded - or at least I dont feel it.

Side load bottle cage is on and works - though it is still an extremely tight fit.

The LBS is willing to help me out with an appropriate dropper. I called Transition and they said parts shortages lead to deliveries of the 150 dropper on Mediums, and they said that the complaints are streaming in. They wont/cant help me out on the dropper so thankfully the LBS is willing to - not sure what the exact solution is but I might not have bought the bike on price and principal had I known it came with a 150 as I having to buy a proper dropper on a brand new high end bike is ridiculous. Warning to those of you who are expecting Medium transitions in the future.

Pressure settings on the 38 and X2 align with Fox recommendations but Im blowing through all the travel often - I dont feel it bottoming out but Ive never used all the travel on big bikes outside of this one. Im going to increase pressures across the board. Im waiting for Transition to send me Lars' settings!

Love that colour. Such a handsome bike. What about the climb switch on the steeper road climb? What about a little more air pressure with one less spacer in the rear shock to keep you a bit higher in the travel pedalling through jank?

The new transition styling is definitely great looking. I like how the aluminum machines keep that styling as well.

That is so frustrating.

I understand the parts supply difficulties and can empathize with their struggles, but there are numerous other bike companies offering things like cash discounts on bikes that have been under/mis-spec'd or other solutions to give value back to the consumers that are essentially being burned when parts specs get lower in value and prices don't.

I'm glad you're getting help but IMO it should have come from Transition. Your bike shop should not have to feel obligated to help you out when Transition is the one supplying the bike with the "wrong" parts on it, and if they do then I would hope that Transition is reimbursing them in some way.