My shifter stopped working and then I noticed the shifter assembly has come loose and not sure how to reassemble it, is someone able to help me out? Thanks in advance.

-What are the two springs for shown in Picture 6 and where do they go?
-The little plate shown in pictures 4 and 5, which side is up? 'L' up or 'R' up?

Forgot to take a picture of the little 'Y' bracket as well, but I found where that goes. There is a little slot for the small spring to go in, and the other end of it pushes onto the Y bracket and the plate goes over top, R side up.

Only thing I do not know is where the bigger spring goes, anyone?

Are you able to point me as to where the spring on the right in photo #6 goes?

I have rebuilt older X9 and X7 shifter so I have a good idea of how these work, but I can't seem to find a place for that spring??? agh!

Well, after playing with it for way too long I finally figured it out, so I took some photos to help other people if this happens. 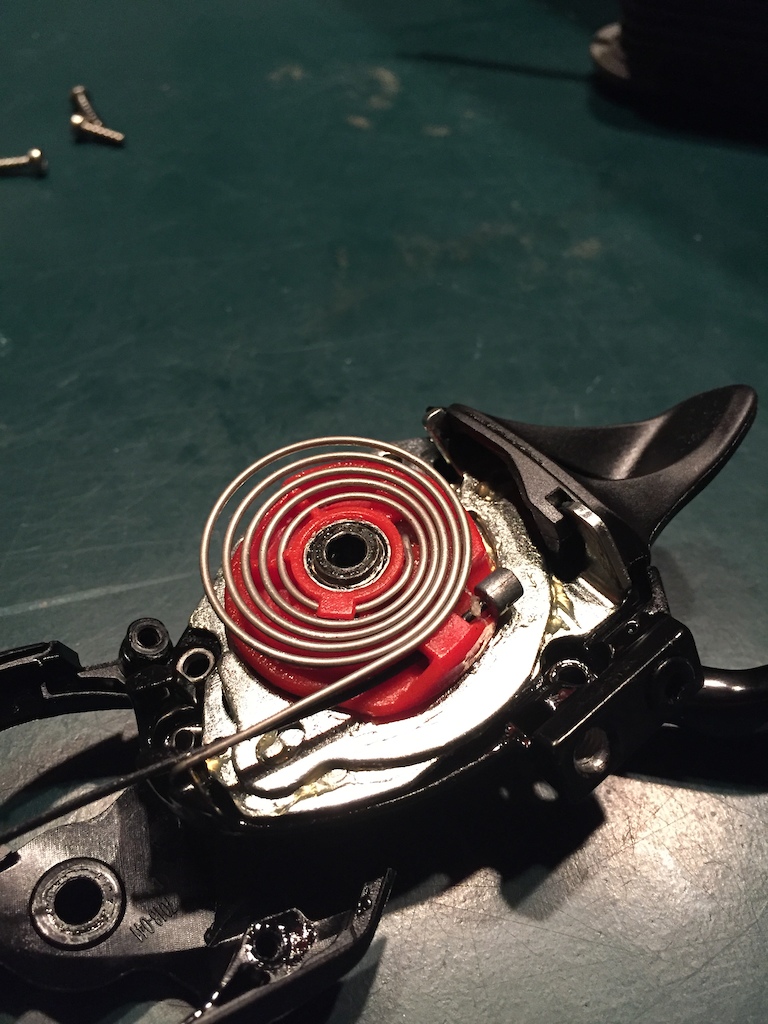 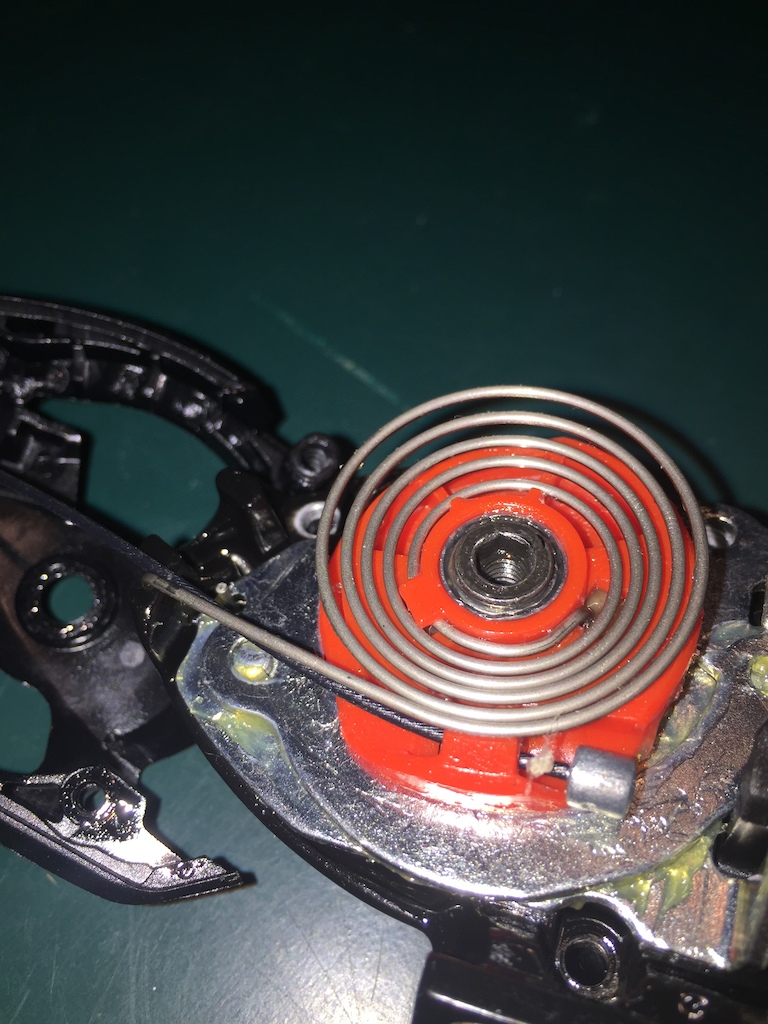 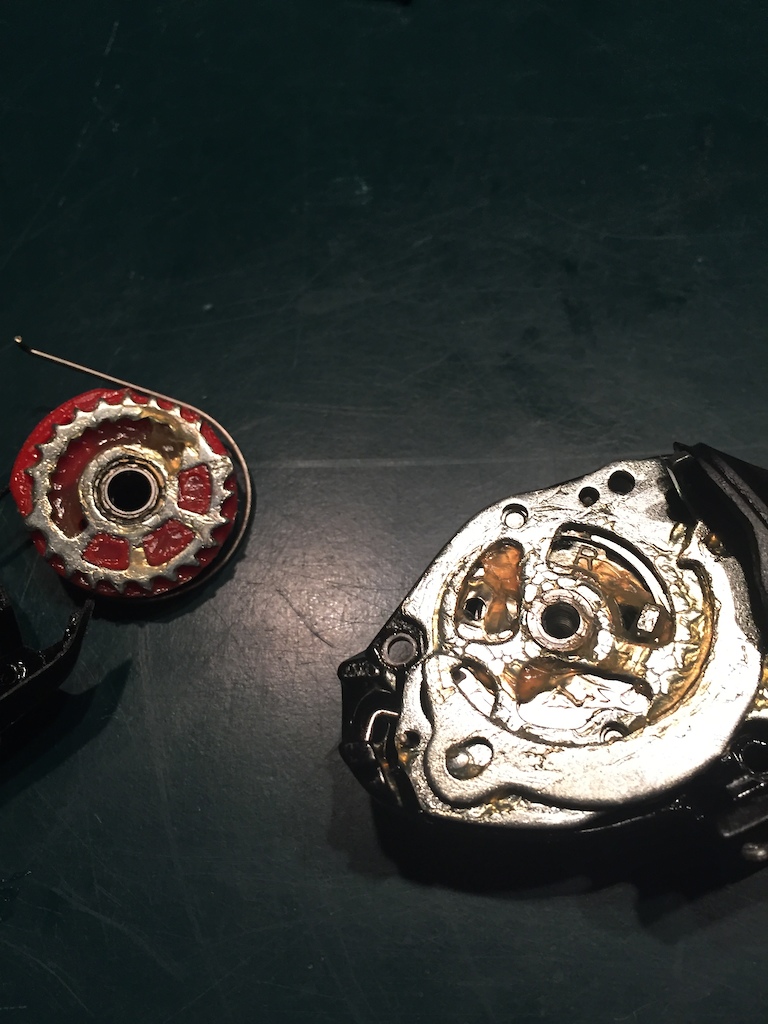 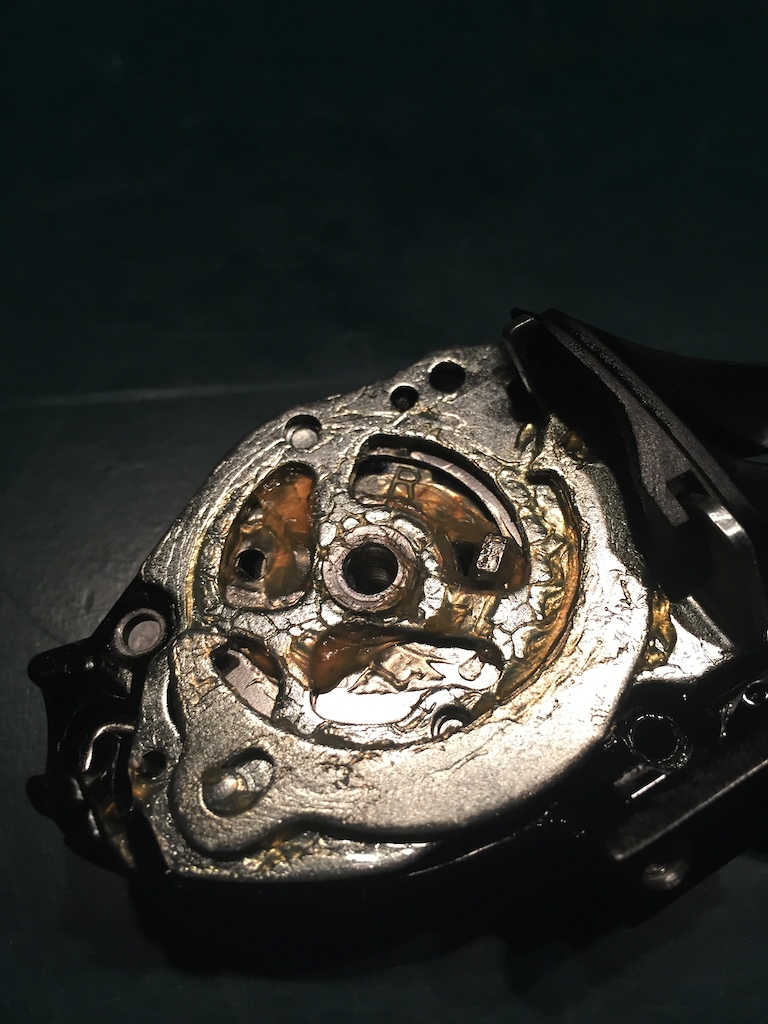 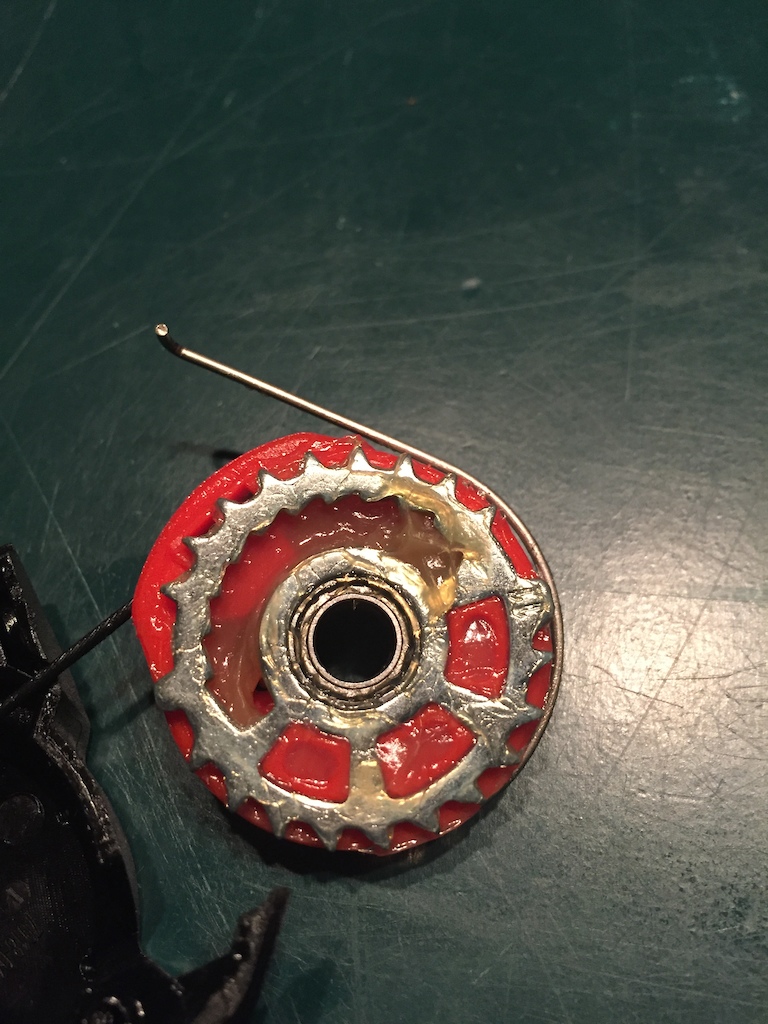 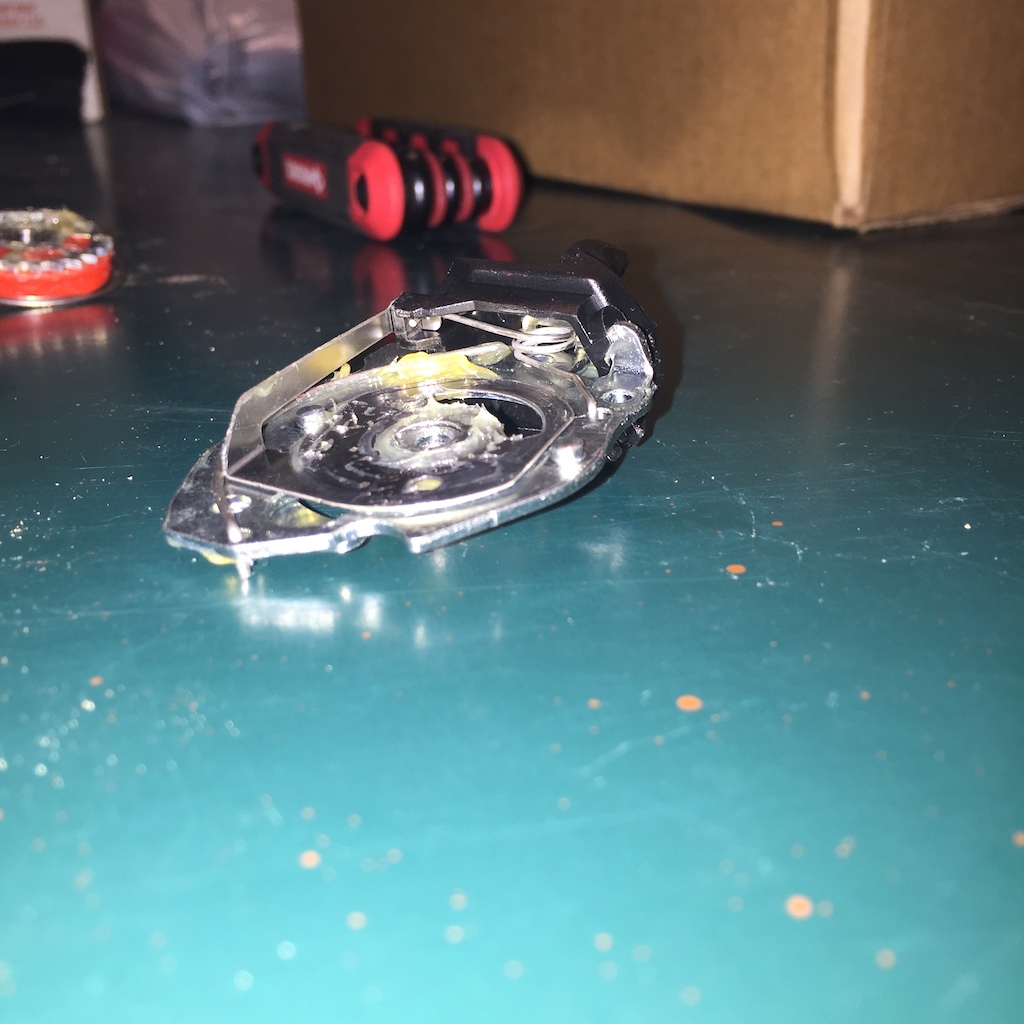 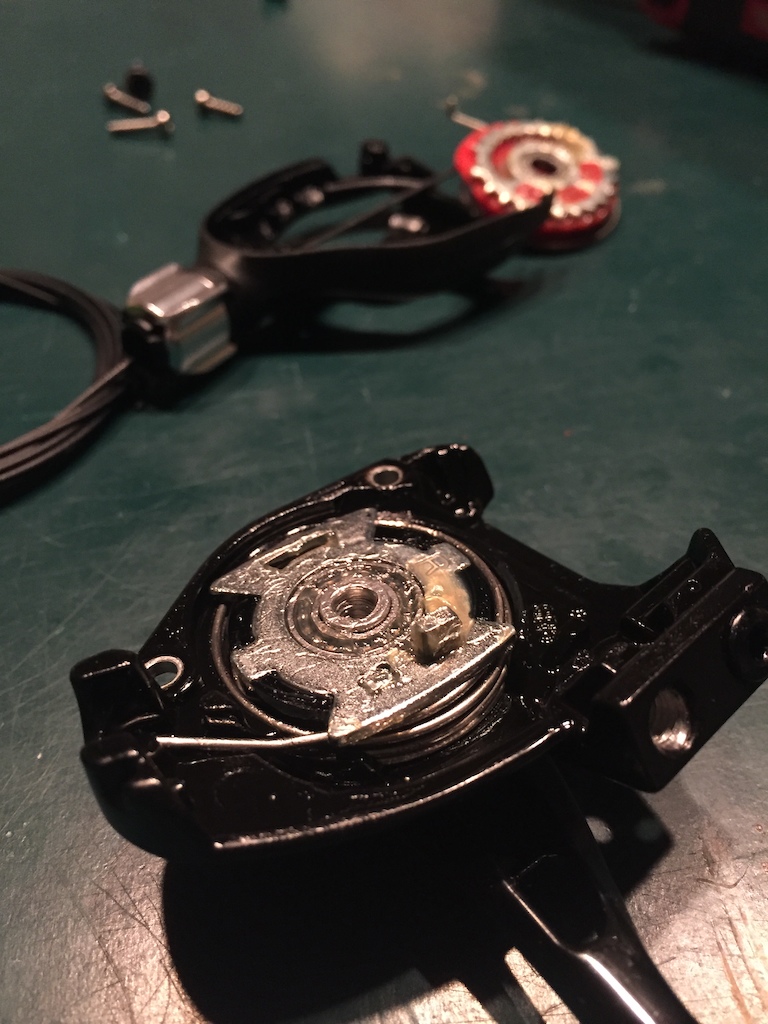 I have this old watch that is not keeping good time. Can I bring it by brother?