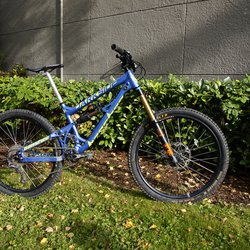 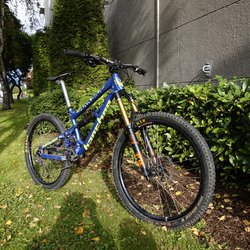 No idea why the photos here aren't working, but the pinkbike ad has pics.

Built 2016, ridden maybe 20 times, likely less. Has been ridden literally once in the last 2 years. This has been an awesome bike, but I have 2 bikes and due to lack of space and time they both gotta go to be replaced with one. Sad face.

No trades, lowballs will be ignored. No shipping.

Bought or sold something on our buy and sell? Consider donating to the NSMBA!