The lifts may have stopped spinning for bikes in Whistler, but there's plenty of park to be had just slightly off the beaten track...

Dylan takes us on a wild ride to some of his most favored spots in Southern California...

Get the scoop on how Danny Mac did all his toughest moves in his latest sojourn through San Francisco...

Some lines are well worth waiting for...

Wibmer is back after nearly 2 years with a controller-inspired riding short...

The Tour de Gnar is an underground event is a celebration of Freeride in the Sea To Sky, a way to remember all the pioneers of the early MTB days...

A series of longer plays for some meditative weekend viewing...

A short but sweet vid (and amazing photos) Rapha put together after visiting the Shore and spending the day with Digger this Fall.

Max McCulloch presents an awesome project straight out of his back yard and out of the ordinary with some nifty self-filming techniques... 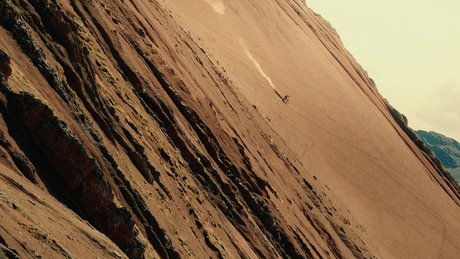 Here's another that's worth a watch - Andreu Lacondeguy goes deep into Peru to find dreamy freeride lines all his own...

Follow the journey to Virgin, Utah with this new edit from Commencal rider Brett Rheeder

VIDEO
Free to Be - Matt MacDuff

Matt explores the roots of Freeride through a modern lens...

"As soon as I dropped in I was back where I belong..."

Although he was already a master at dirt jumping and slopestyle, he was still from the mountains...

I Only Ride Park Returns, Exploring abandoned mines, and Aaron Gwin breaks down his most famous race run...