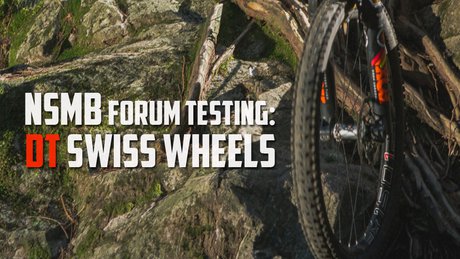 They say disco died when everyone's parents started boogeying down to the Village People and now they want mountain bikes...

Kaz catches up with Dylan Sherrard in dusty, dry Kamloops for the 4th edition of the Sea To Sky Bike Check.

"Please explain that the bike industry knows what they're doing and I'm just not smart enough to understand..."

What's it like to live like Mark Weir, with pump track races, private DH tracks and RC cars of every description...

What Kind of Bike Should I Buy?

"Paying thousands of dollars for a bicycle to ride in the woods is about as far from logical as one can get..."

Bitching about the work others do on the trails you ride is definitely biting the hand that feeds you - but shouldn't some feedback be fair game?

Dave Smith tries to determine if eyewear and a helmet from the same firm can work together to make time on the trail blissful...

Brandon Sloan talks about how the 2016 Stumpy came to be and Jon Harris tells you how it rides...

Does The North Shore Suck?

"There was a hint of what inspired them in their new creation, but just a hint..."

Pivot sent us their top of the line build with new XTR, a 2016 Fox Float X EVOL and Reynolds carbon wheels...

"When we brought Dan up to The Flying Circus, the trail he built while undergoing cancer treatment, we didn't expect him to ride..."

Whose Trail Is It Anyway?

"Man, tie a rope around your neck and suspend yourself from a high branch while wacking off before dropping in if you want..."

Race Face has taken what started as an old piece of carpet over your tailgate and added some sophistication...

I’m getting slower – What will make me fast?

“…for many, front derailleurs are now as useful as tits on a bull, but Shimano’s new FDs are damn impressive.”

Seb Kemp is not a Racist

The latent message is that racing is the the pinnacle and the essence of mountain biking; nothing else is truly biking.

Saboteur to Plead Not Guilty

Tineke Kraal’s lawyer informed the Court that his client now intends to plead not guilty to the charge related to trail sabotage..

People Are The Worst

"Short of hanging out at the trailhead each and every Friday evening, pleading with hoards of drunk people..."

Shimano had a sign listing the companies planning to use the system in North America - but one name wasn't visible...

"Should I give up hope and focus on things I am good at , things that require no innate physical gifts… like beard growing or checkers..."