The Yeti/Fox Factory Team won 51 EWS stages, 12 EWS races, and 1 national series championship aboard the SB150. The SB160 builds momentum on this legacy of excellence. Honed. Refined. Even effing faster. 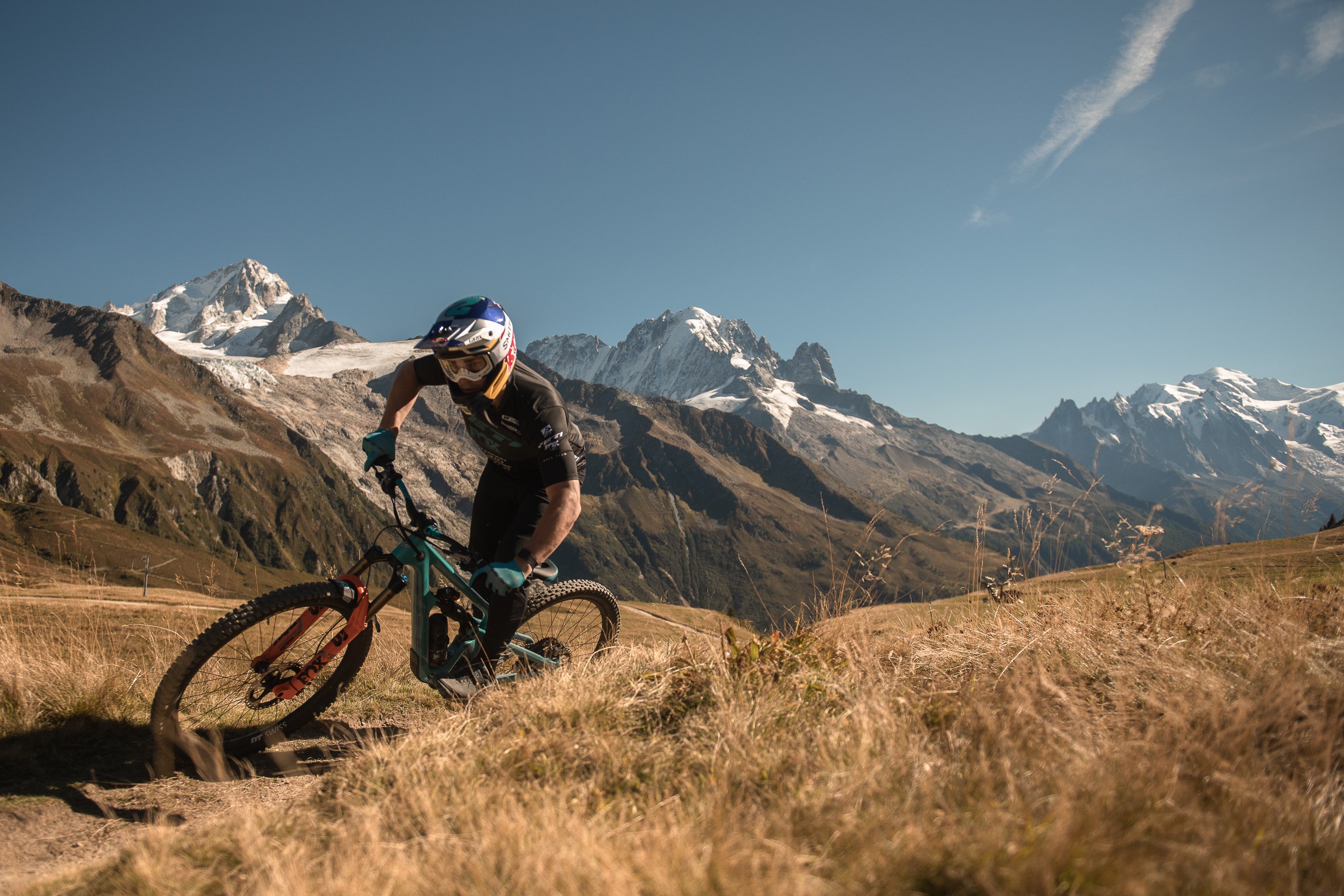 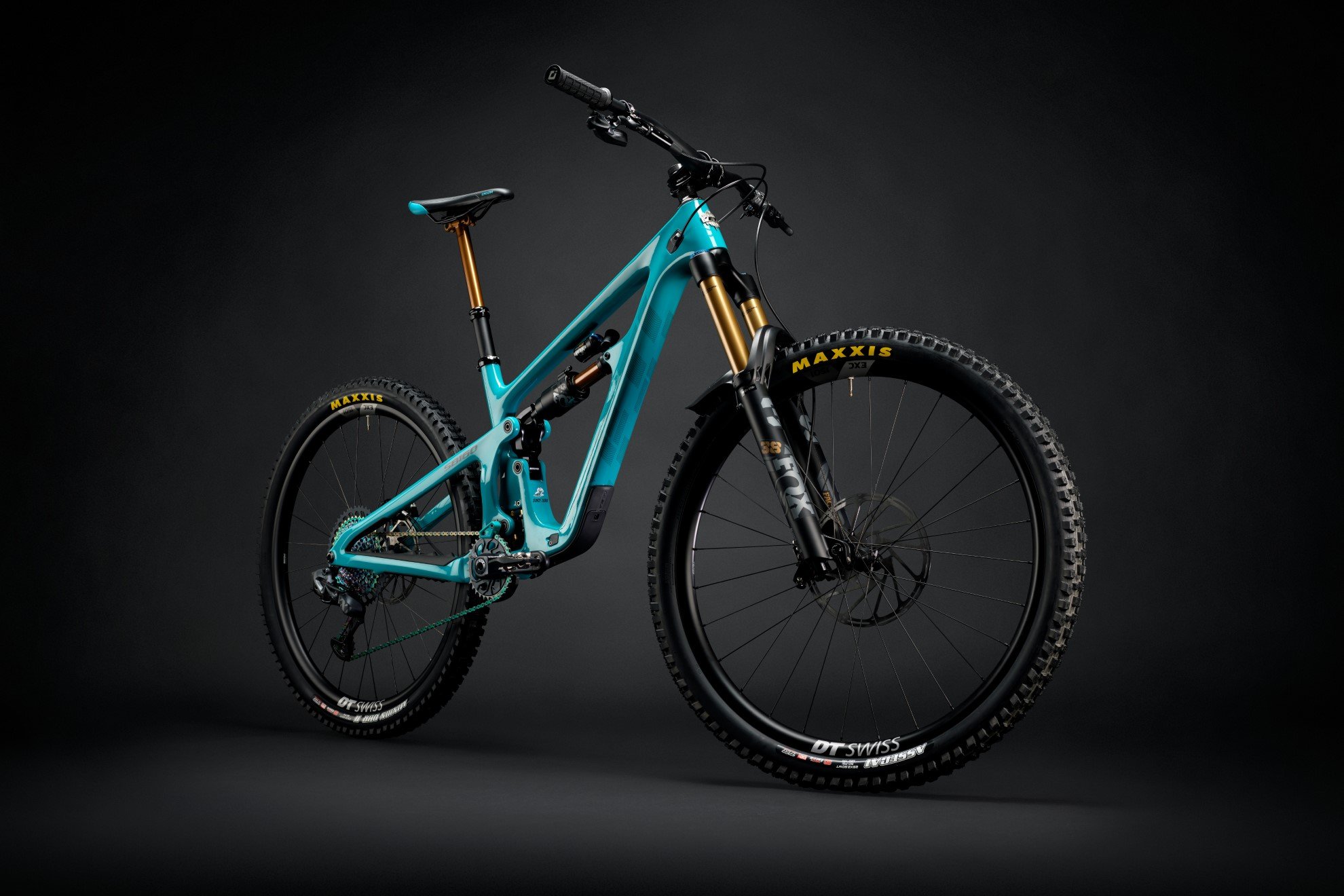 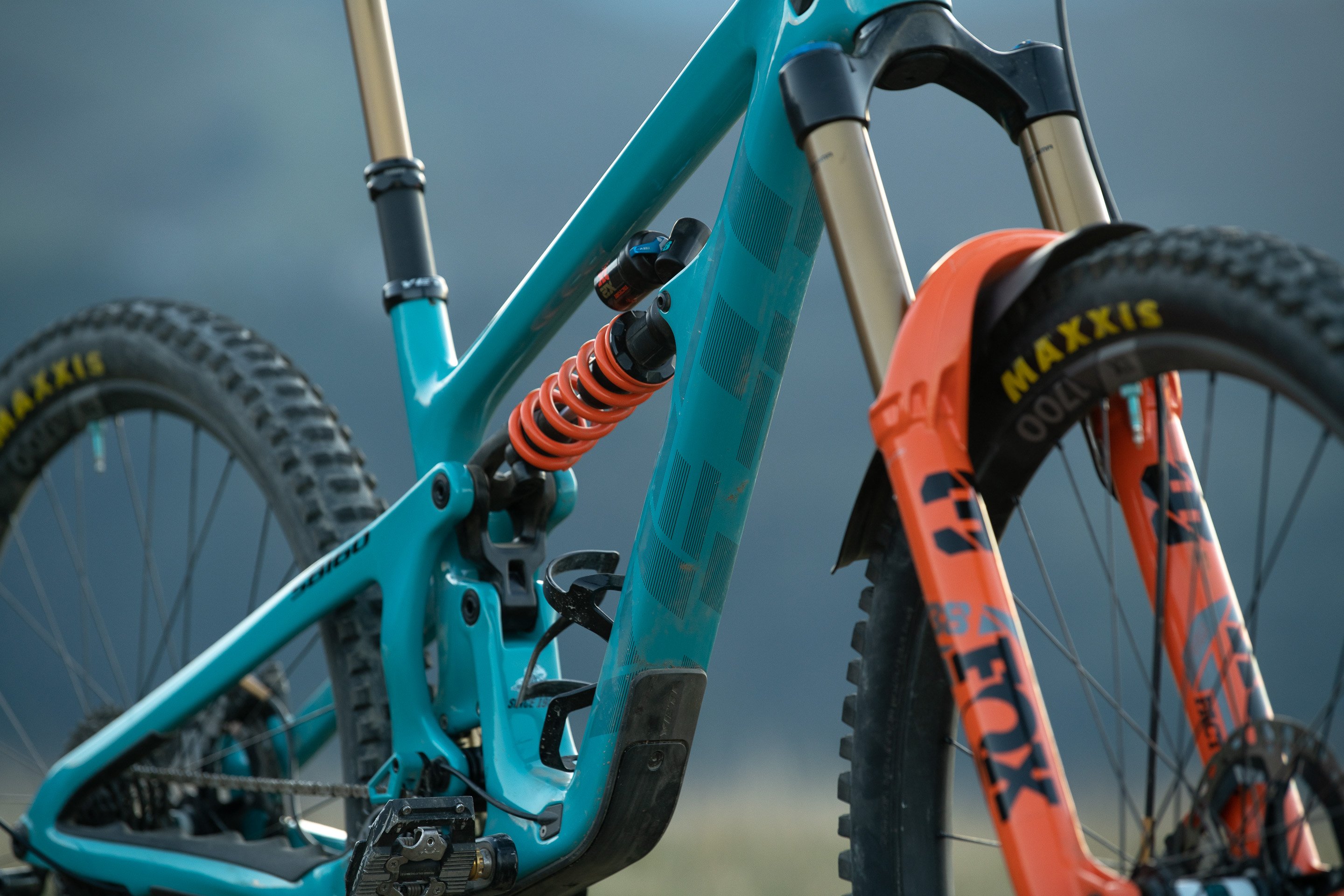 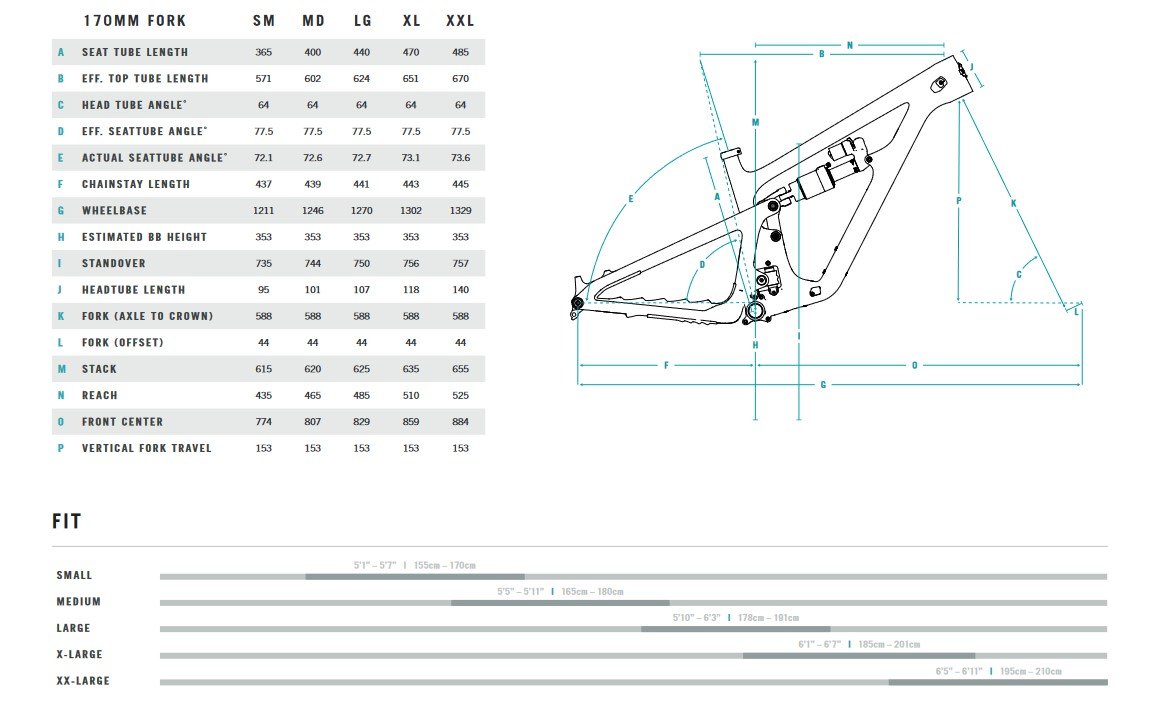 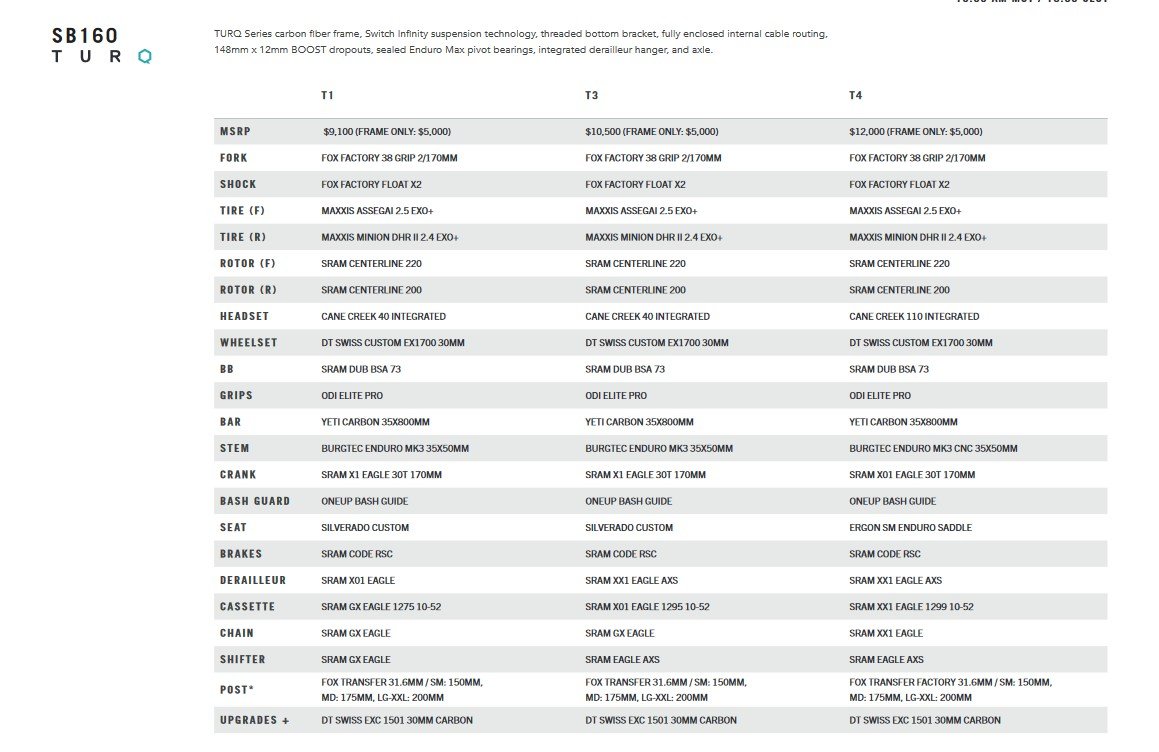 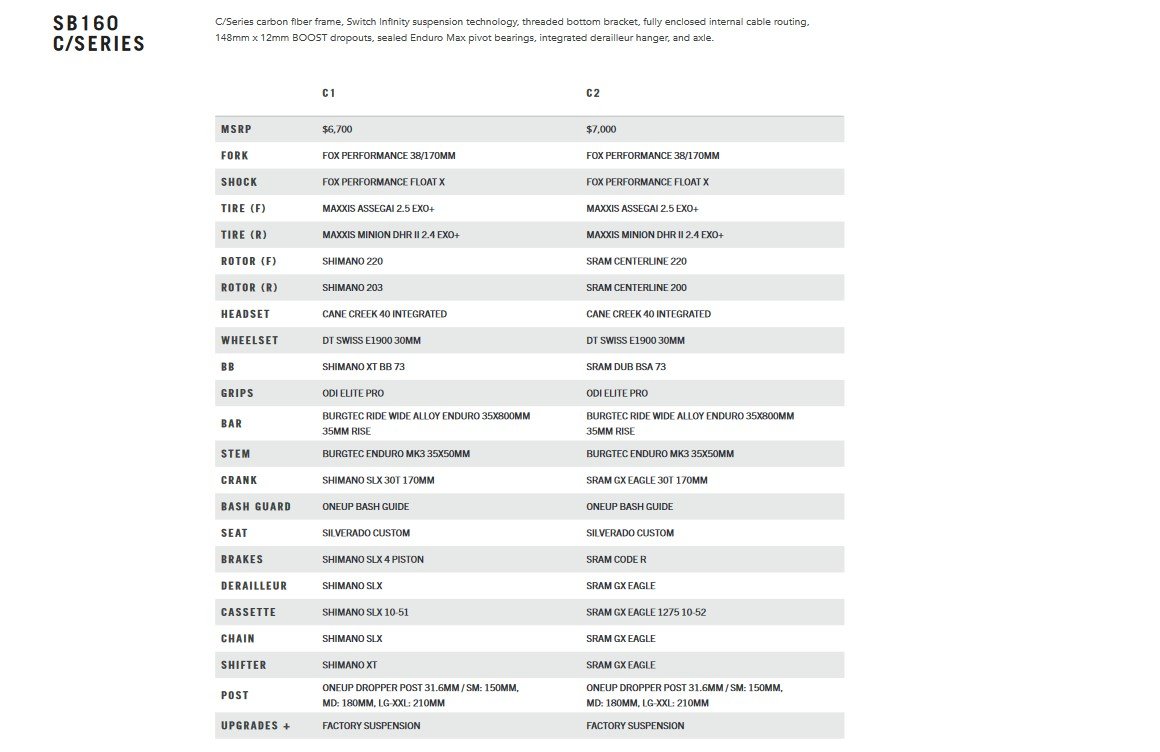 That down tube protector certainly looks burly, but it's missing the very important wrap around protection for the corners of that fairly square tube. I have dinged or nicked two frames right where that protector stops, with just rocks flung up by the front wheel, not even impacts with stationary objects. I think that corner is more vulnerable than they think, at least if you ride in a place with loose rocks.

So according to the Pinkbike article, Yeti updated the linkage and associated hardware because they realized durability was an issue they were looking to solve. But it only comes on the Turq level frames. If you spend $8,400 CAD (the lowest amount you can on a complete SB160), you're too much of a peasant to get hardware that Yeti themselves believes is sufficiently durable, assuming the Pinkbike article is correct - I didn't see anything to corroborate this on Yeti's website.

The main durability and ease of service updates were relocating the bearings to the metal linkage from the swingarm/frame, switching to collet axles, and using more common bearing sizes. As someone who's spent a good bit of time working on Yetis I welcome these changes.

These updates definitely apply to the 'carbon' series frames, as they had to change the carbon layup and linkage shapes to relocate the bearings. If you lookup a picture of a C1 build you can see the collet axles and the changes to the links and frame.

Apparently they also made updates to the infinity link itself which are not applied to the 'carbon' series frames, as they come with a cheaper non-kashima link. This is likely what PB was referring to

I personally don't think think the updates to infinity link are as important, as most Yeti's I've worked on had issues with pivot axles/hardware rather than issues with the link (excluding the sb100). Most of the time someone did wear out their infinity link it was because they had some other pivot issue they were unaware of and kept riding. I think people focus too much on the infinity link and its "added complexity" when really it's pretty simple. This bike uses 8 pivot bearings, while my Enduro uses 20...

Not trying to defend Yeti too much, some of their past bikes had serious issues. But I think the updates to this one are a step in the right direction. Not even gonna mention price because Yeti

Hey man thanks for the "insider" info. I've never been at a shop that sold Yeti so I have little to no experience with them.  I suppose I either misunderstood the hardware updates, or someone else did.

Weird that he Turq builds only come with SRAM, and Shimano is only available on the lower end frames with non-Factory suspension. Seems backwards, and I'd guess SRAM forced that on them with an aggressive OE contract, combined with Shimano not seeming to care about market share like they one did.

I assure you Shimano still cares about market share. However, one thing that *might be at play here are supply/delivery issues, which have plagued Shimano recently. It could also be other things, like Yeti's PM spec'ing Shimano at those price points because they like the price/performance ratio there. I don't claim to know. There are always lots of factors at play with spec, and sometimes it's as simple as brand X couldn't deliver componentry at a particular time or quantity, so the PM has to go with Brand Y.