Yeti Cycles announces the newest addition to their mountain bike line with the unveiling of the SB100 and SB100 Beti. A trail bike with an affinity for XC, the SB100 utilizes an all-new Switch Infinity mechanism redesigned, repositioned and optimized specifically for this shorter-travel twenty-nine-inch wheel bike. 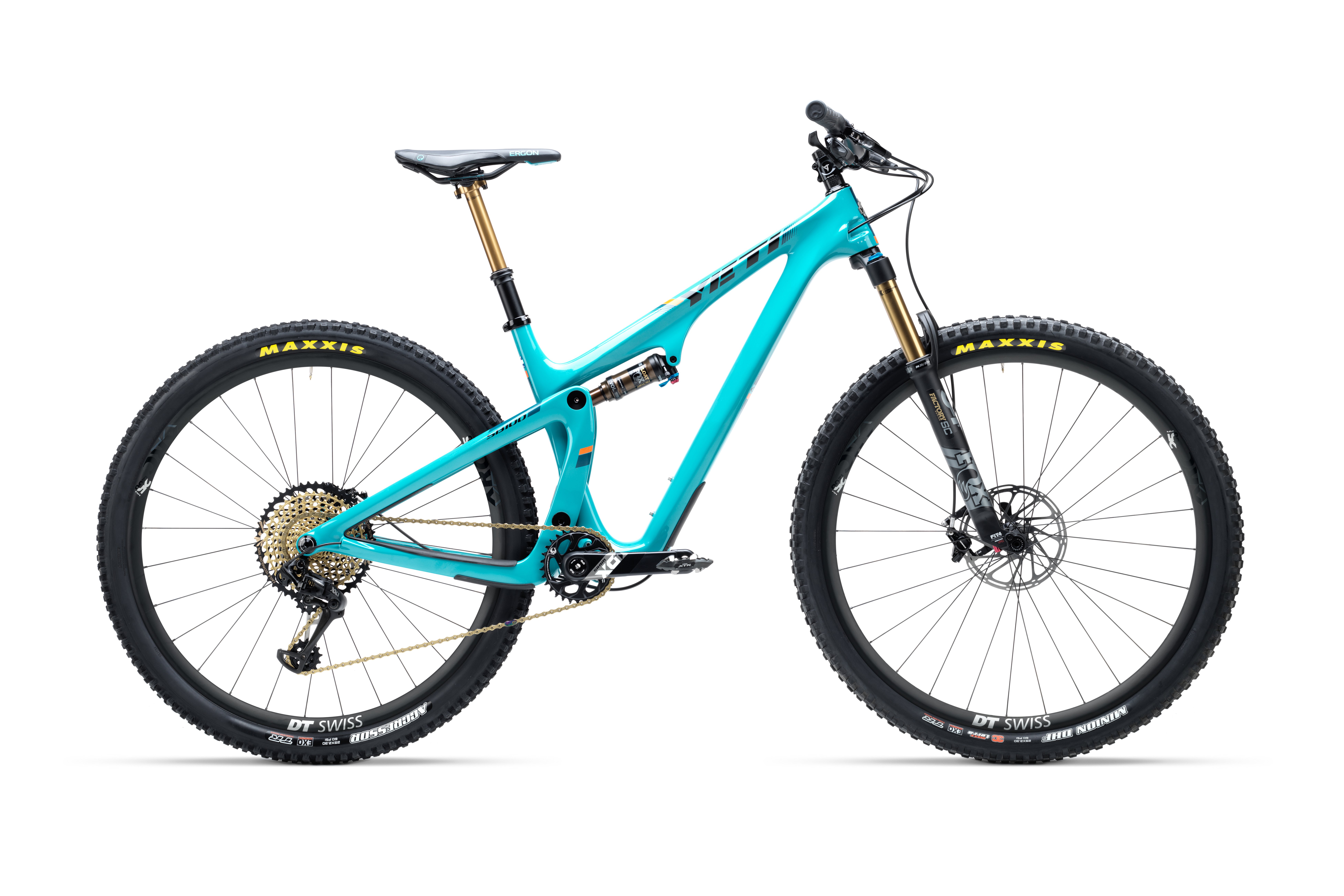 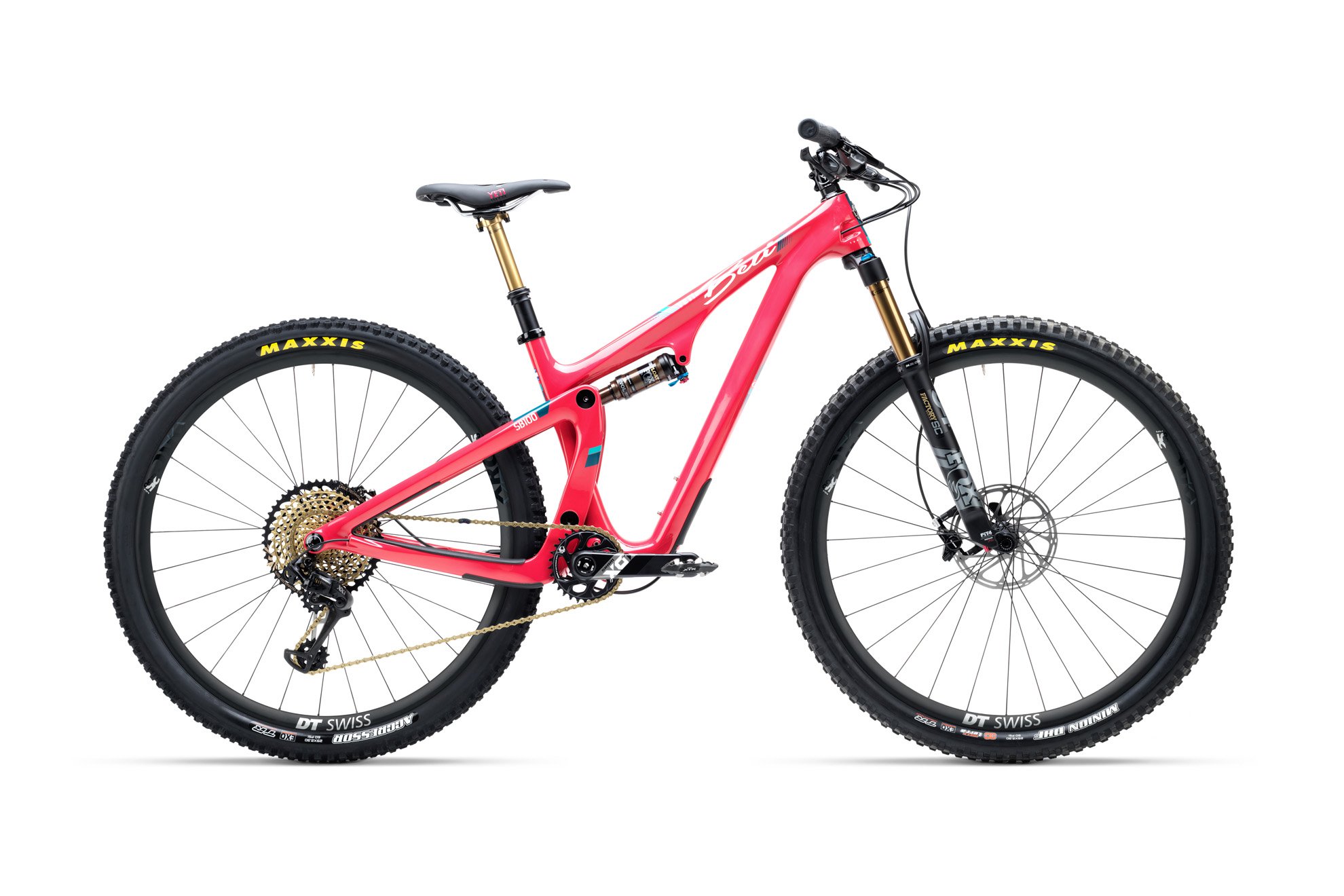 Yeti’s proprietary Switch Infinity suspension platform is known for its greater flexibility in tuning suspension kinematics and ride characteristics compared to traditional link layouts. The new smaller mechanism is turned 90 degrees and tucked neatly behind the seat tube. This allowed Yeti to achieve an uninterrupted seat tube to accommodate longer dropper posts and fit a large water bottle in all sizes while not having to make any compromises on suspension quality. 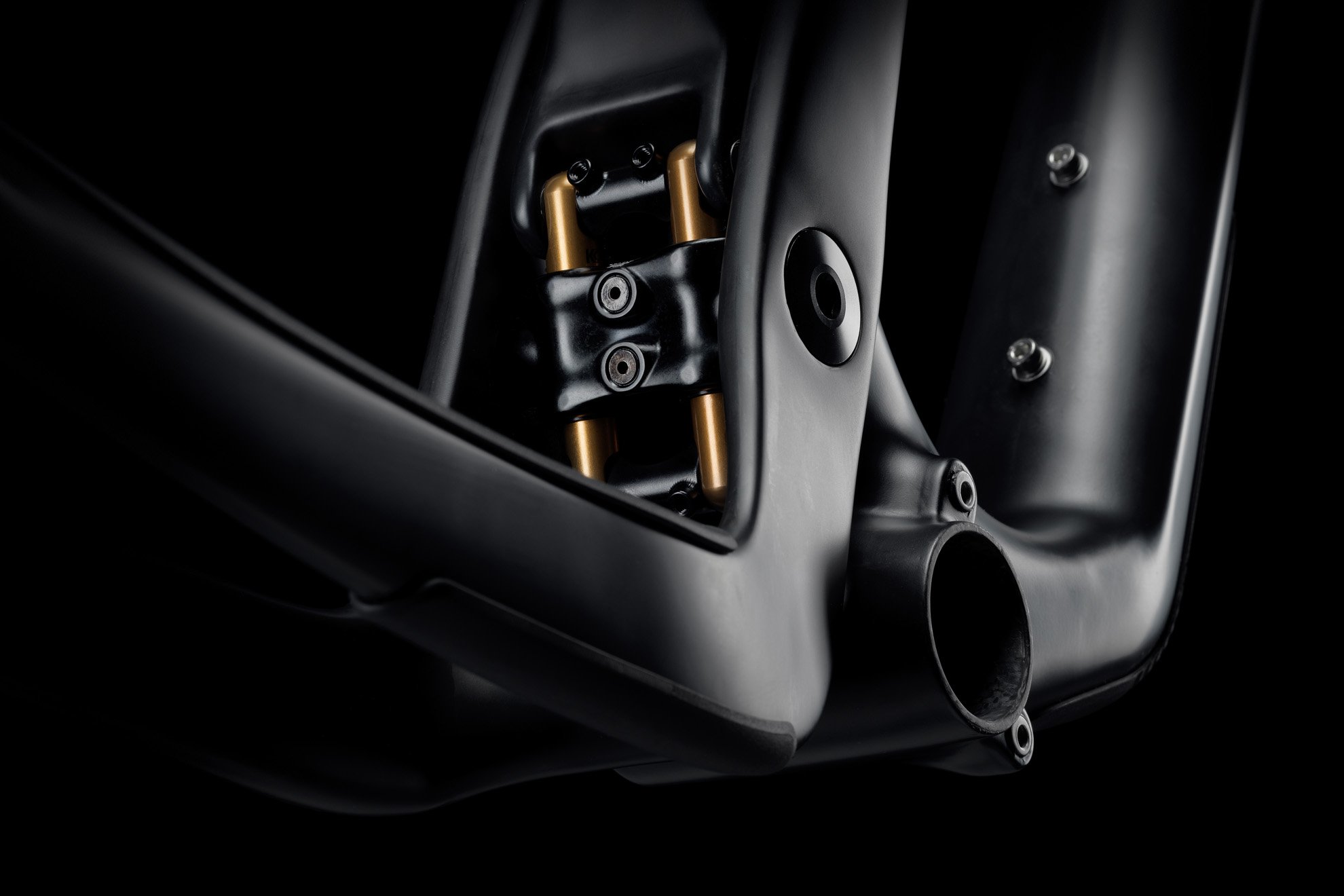 New Switch Infinity linkage is tucked behind the seat tube to make room for a water bottle in the front triangle and uninterrupted seat post.

The gravity-inspired overall geometry of SB100 coupled with a steeper seat angle and spec akin to a trail bike, makes this bike difficult to categorize. As intended, the SB100 is a XC climbing machine with the perfect blend of pedaling efficiency and downhill prowess.

“We ride every day at Yeti, typically on longer travel bikes,” said Yeti president, Chris Conroy. “Whoever is testing the SB100 crushes us on the climbs, which is to be expected. But what’s unexpected is we can’t drop them on the chunky technical downhill. It’s a testament to how capable this bike is.” 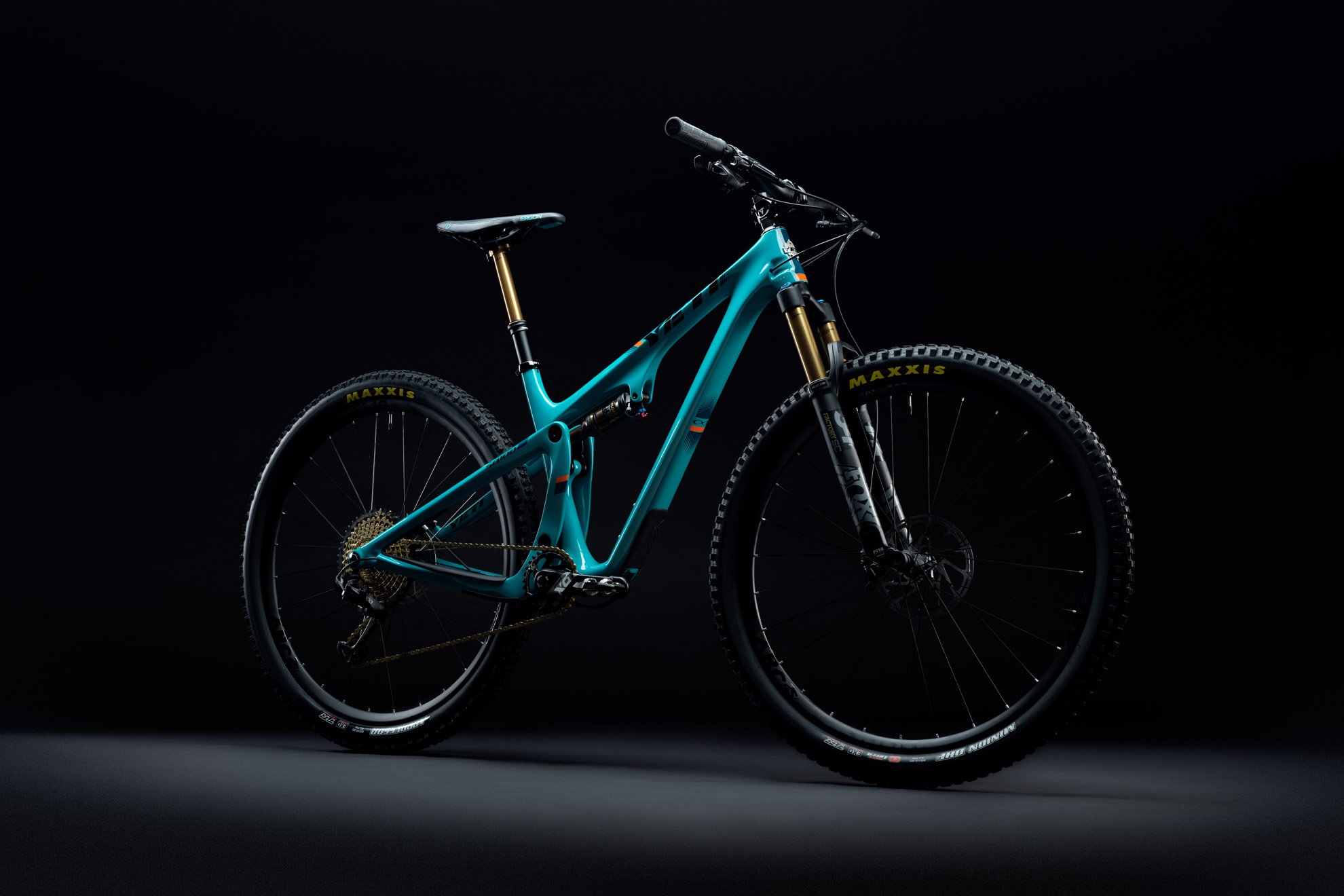 The SB100 will be ridden by Canadian Olympian and professional athlete, Geoff Kabush. Kabush will be riding the capable SB100 when he defends his titles at the BC Bike Race, Moab Rocks and Downieville Classic. 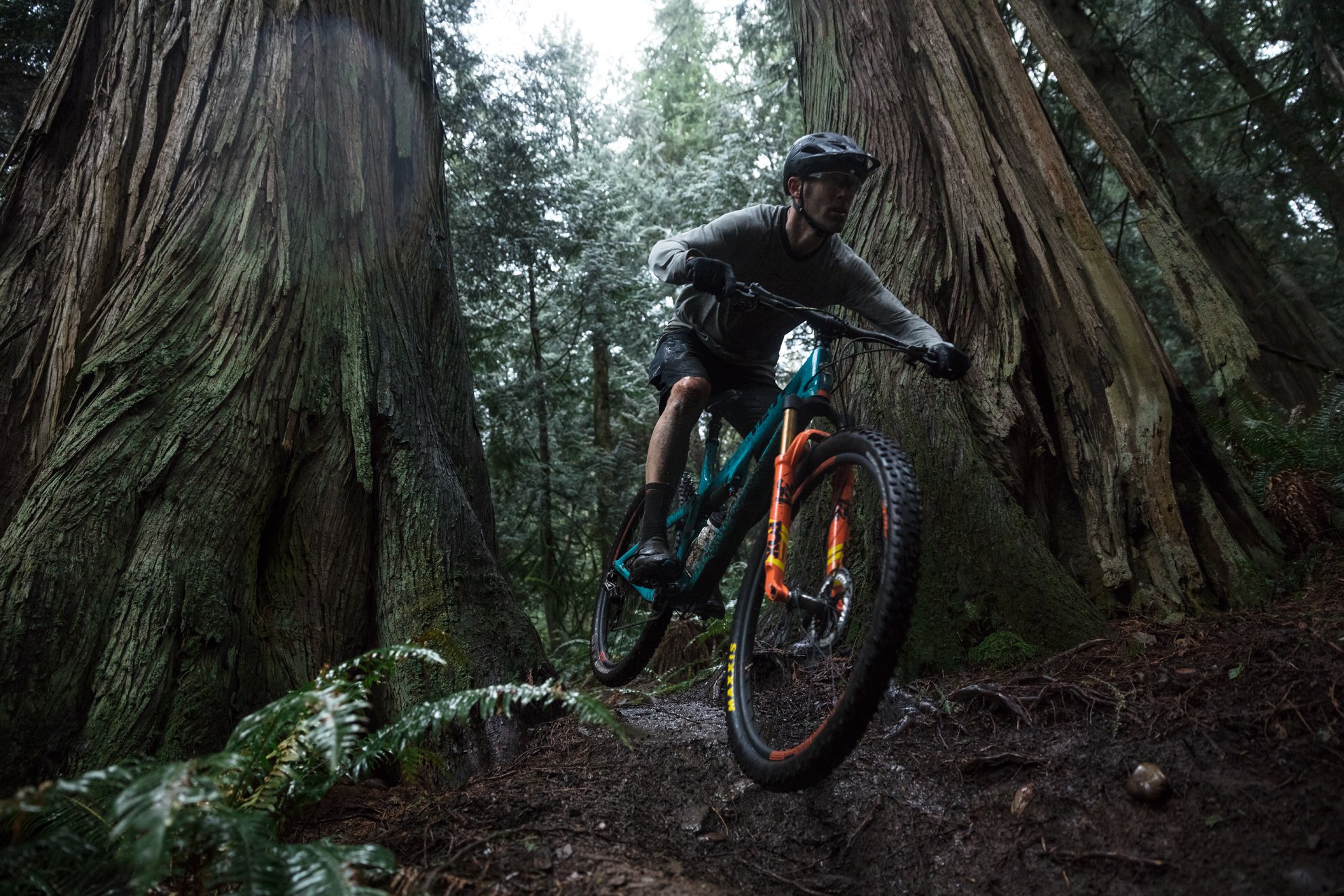 Yeti pro athlete, Geoff Kabush will be defending his titles at BC Bike Race, Breck Epic and Downieville on his SB100.

The SB100 is a short travel bike, but it’s made for and excels on technical singletrack,” said Kabush. “It has suspension that really works, so it is fun to challenge this bike and see how hard you can push it.”

For full details, head over to the SB100 landing page on the Yeti website.

Why do all my favorite new bikes have so little travel?