WTB have been busy at work cleaning up their range of tires, saddles and rims and some of us have been riding on their tires this summer. Expect a full review on them soon, but for now here’s some goods that may tickle the fancy. 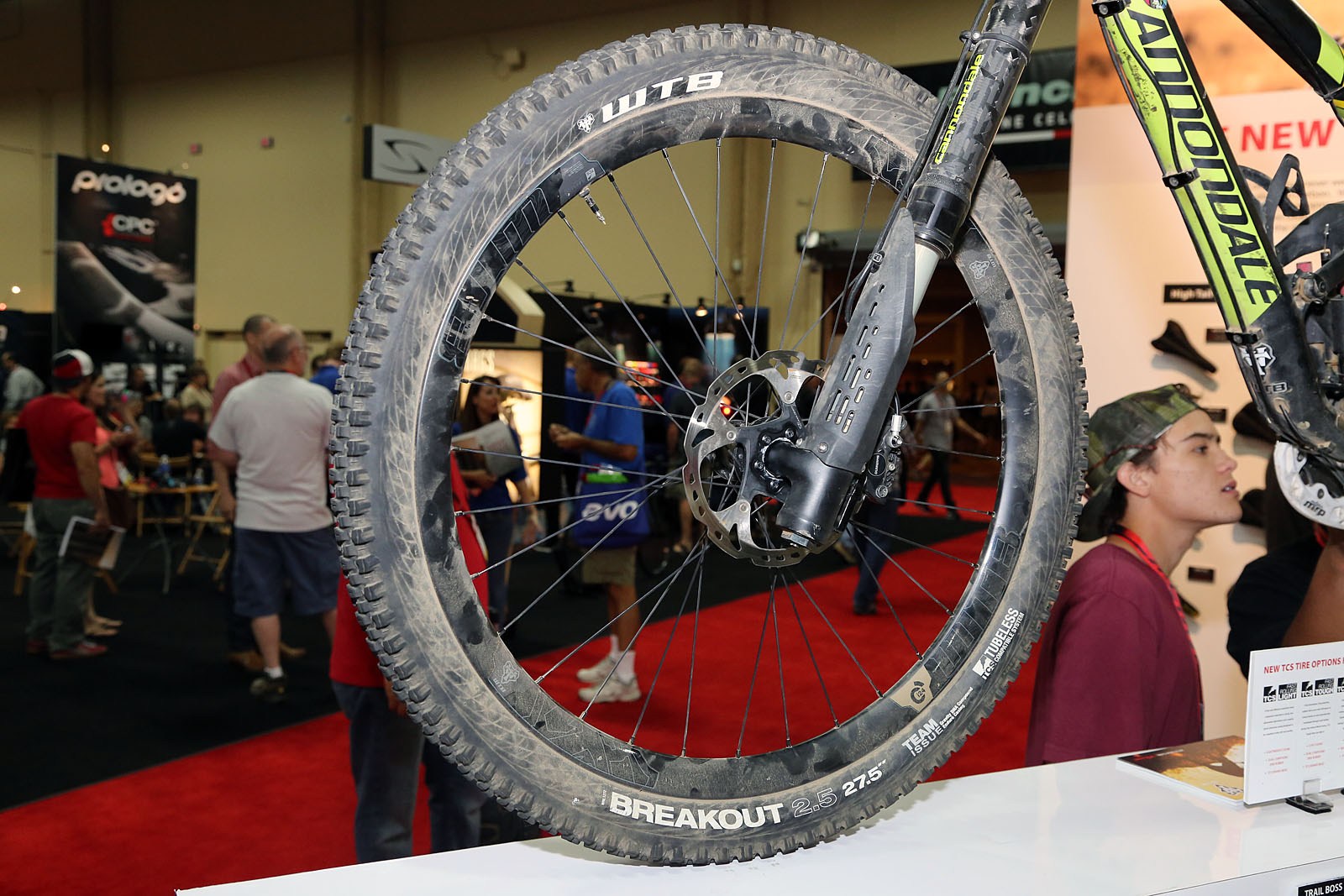 WTB team rider Marco Osbourne’s Cannondale race bike was on display at the booth featuring some prototype carbon rims. The race team has direct influence on the final design, so right now details on these are thin. Marco’s bike was left just as it had been after racing the Whistler Crankworx Enduro including bent brake lever, but now with some sticky finger marks on it. 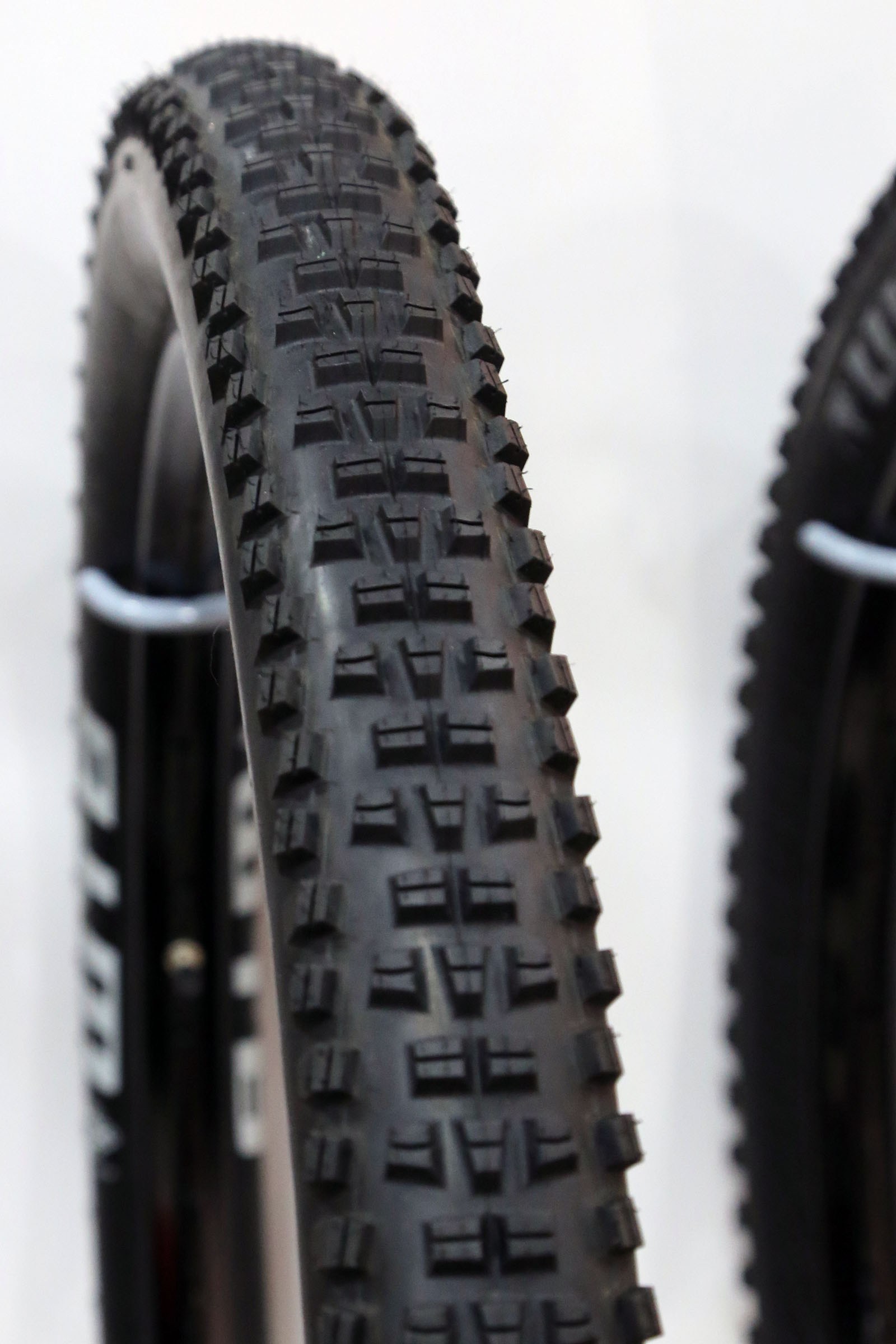 One of the tires that we have been running is the Trail Boss, which is now available in a 2.4″ width in addition to the 2.25″. Given the pounding that I’ve given this tire on the back of my hardtail, the extra volume of the 2.4″ tire would be beneficial. 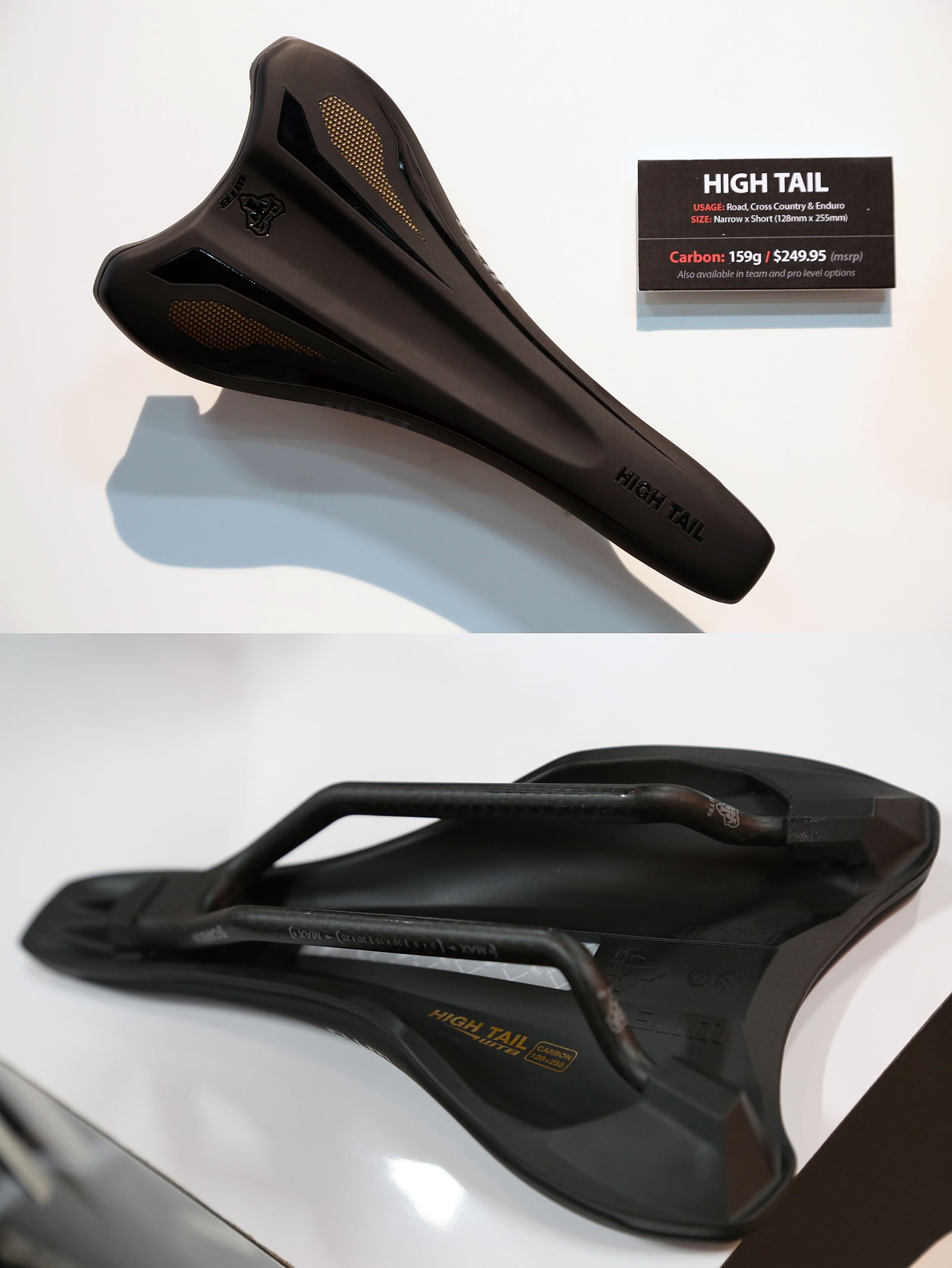 We spotted the “650b specific” High Tail saddle hidden under a table at Sea Otter but now we got to look at a production model. The saddle features a carbon injected base plate on all models and on this top end model weighs in at 159 grams with its carbon rails. That’s damned light for a saddle.

WTB have been burning the midnight oil streamlining their range and we like what we see.

Is a 650B specific saddle going a bit too far?

I want all of it. Please WTB, produce those carbon rims and more of the new tires in 26″.

I'm thinking the points on that seat's going to hook some shorts,