I don’t know if the recent crop of overseas ski bums don’t make the proper sacrifices to Üllr or what, but the snow has been shit. On the other hand, riding season never ends up here in Cali North. So, we were hopeful that Whistler would open early. Here’s the official announcement. Scroll down a little further for pass pricing and timing, and some revised extended play info. 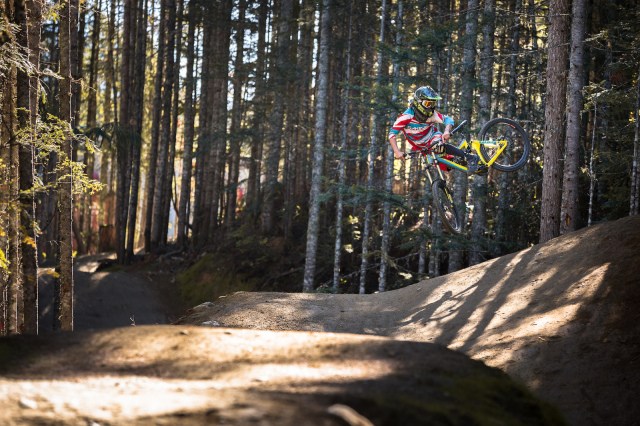 OPENING TWO WEEKS AHEAD OF SCHEDULE
It’s official. The Whistler Mountain Bike Park will open for the 2015 season two weeks ahead of schedule on Saturday May 2. Despite having an almost two metre snow base in the alpine, the lower mountain Fitz Zone has been snow free for awhile allowing crews to get in and prime the trails ahead of schedule. Even with the lack of snow in the Fitz Zone, significant damage was dealt by the apocalyptic rain creating blown out drainages and erosion on many trails. It hasn’t been any easier for trail crew given the amount of damage that was dealt but like always they’ve been working hard getting things back to prime shape.

For more good news, on now until May 17, all 2015 Bike Park passes are on sale at early bird rates with bonus incentives. Passes include the Unlimited Season Pass, Twilight Pass, and the ALL NEW 10 Day, 5 Day, and Top of the World Season Pass. We have discontinued the Triple Play card this year and hope the new offering of discount products will give riders more flexibility and choice for riding the Park. 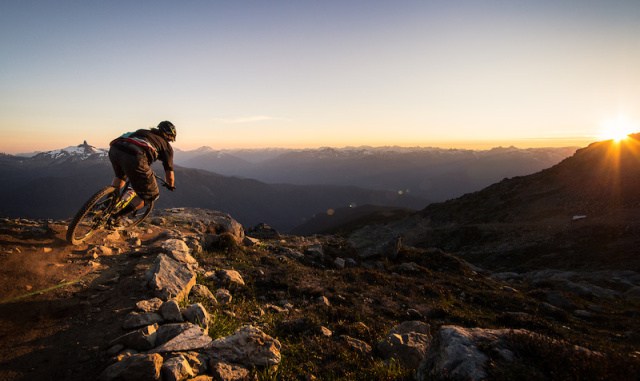 Extended Play is when the Bike Park remains open for some of the best riding of the summer between the hours of 5pm – 8pm. Typically the extended hours only happen in the middle of the summer but last year we kept the Park open until 8pm on Monday and Wednesday evenings during the early season. New for 2015, Saturday evenings have been added to early season Extended Play days giving you 4 additional evenings to lap the Fitz Zone. Here is the full breakdown of the Hours of Operations for 2015:
May 2 – June 12* – 10am – 5pm daily.
*Extended Play: Monday, Wednesday, and Saturday’s (aaahhhhh – Saturdays….Saturdays…not day’s) – 10am – 8pm starting May 16.
June 13 – September 7* – 10am – 8pm daily
*Extended Play runs daily during this time
September 8 – October 12* – 10am – 5pm daily.
*No Extended Play during this time.

Anyone else feel like a dog standing by the door, whimpering and begging to be let out?