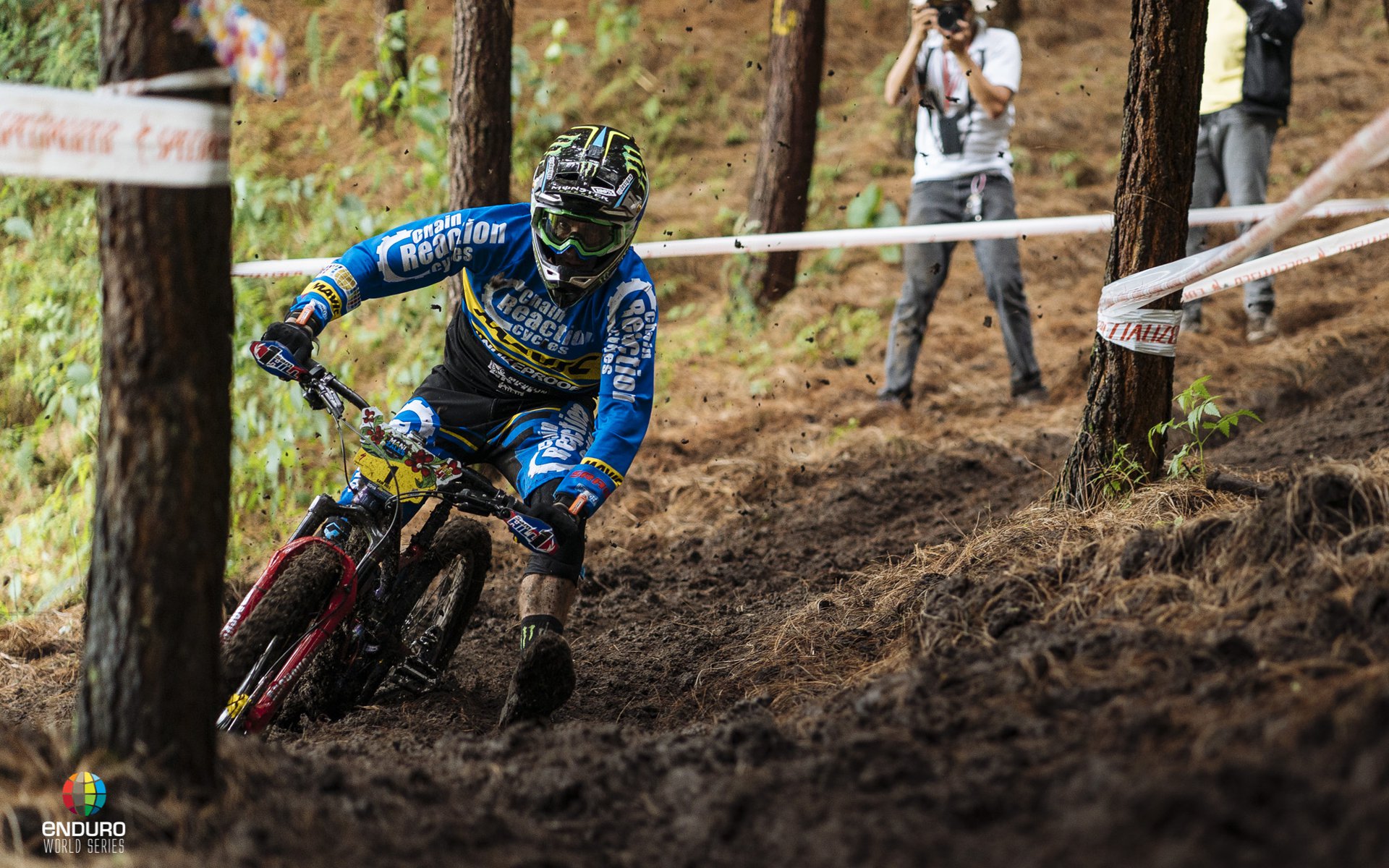 Round two of the Enduro World Series may have been a completely new venue, but it offered up some familiar terrain; mud, rain and Sam Hill and Cecile Ravanel on the top steps of the podium. Colombia will go down in the history books as the most unique EWS race to date, with an opening stage that raced through the downtown streets of Manizales, followed by six stages in a single day amongst the dense rainforest high above the town.

The tropical climate of Manizales lived up to its reputation with regular downpours throughout practice and racing, a stark contrast to round one's thick dust. And whilst the conditions couldn't have been more different, the outcome was the same; crashes, mechanicals and wild racing. 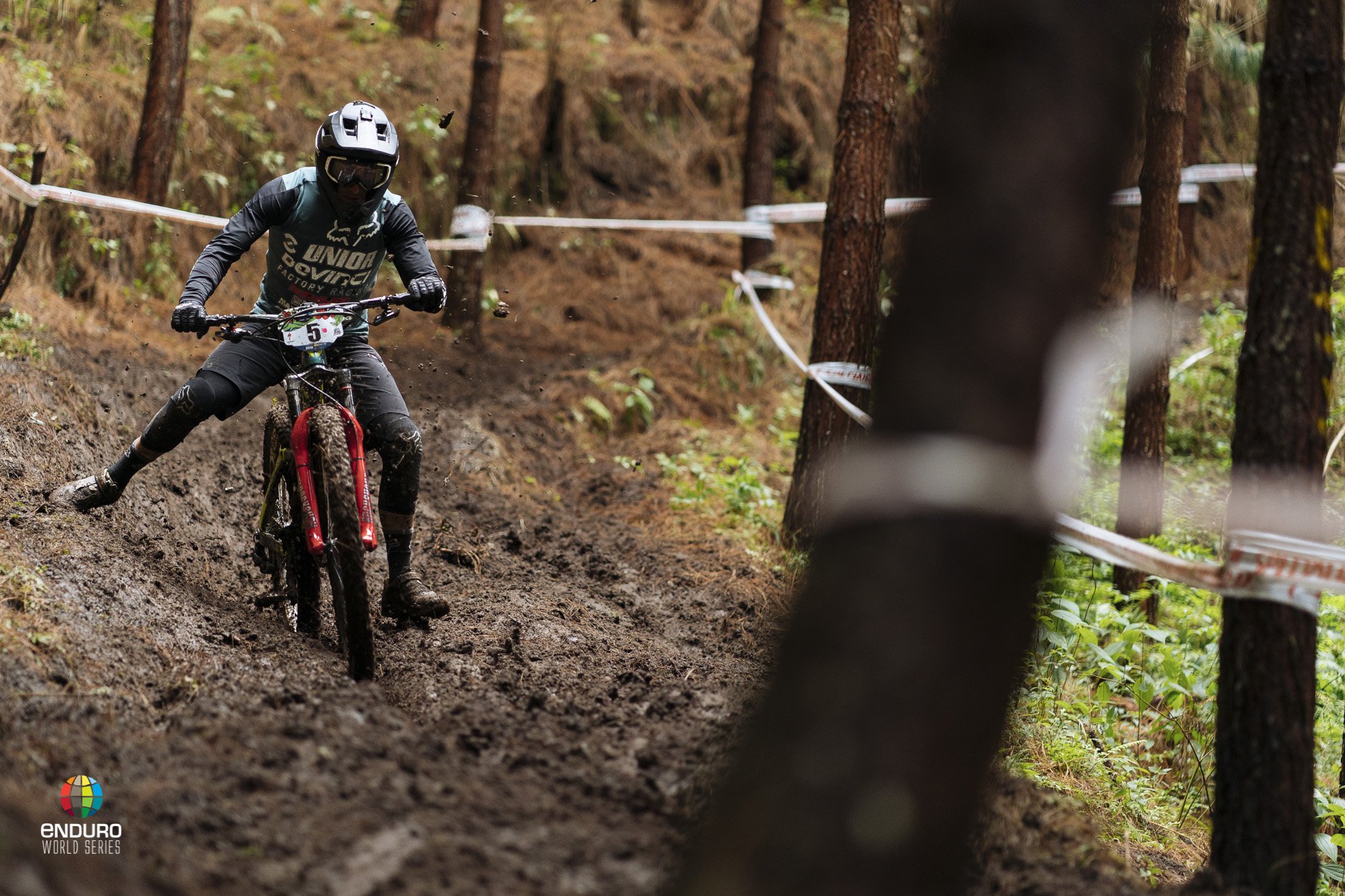 Damien Oton on a wild ride to third place. 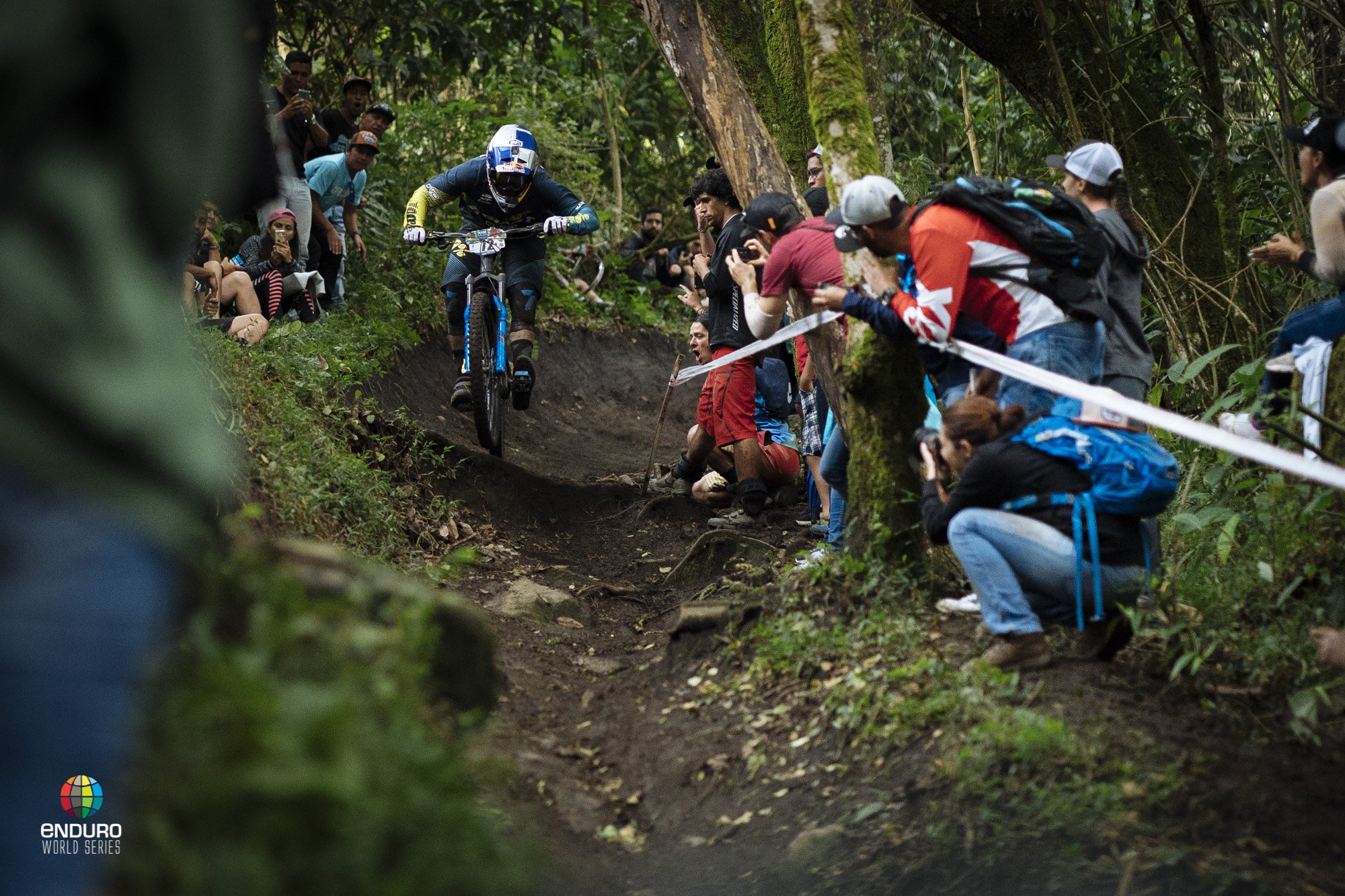 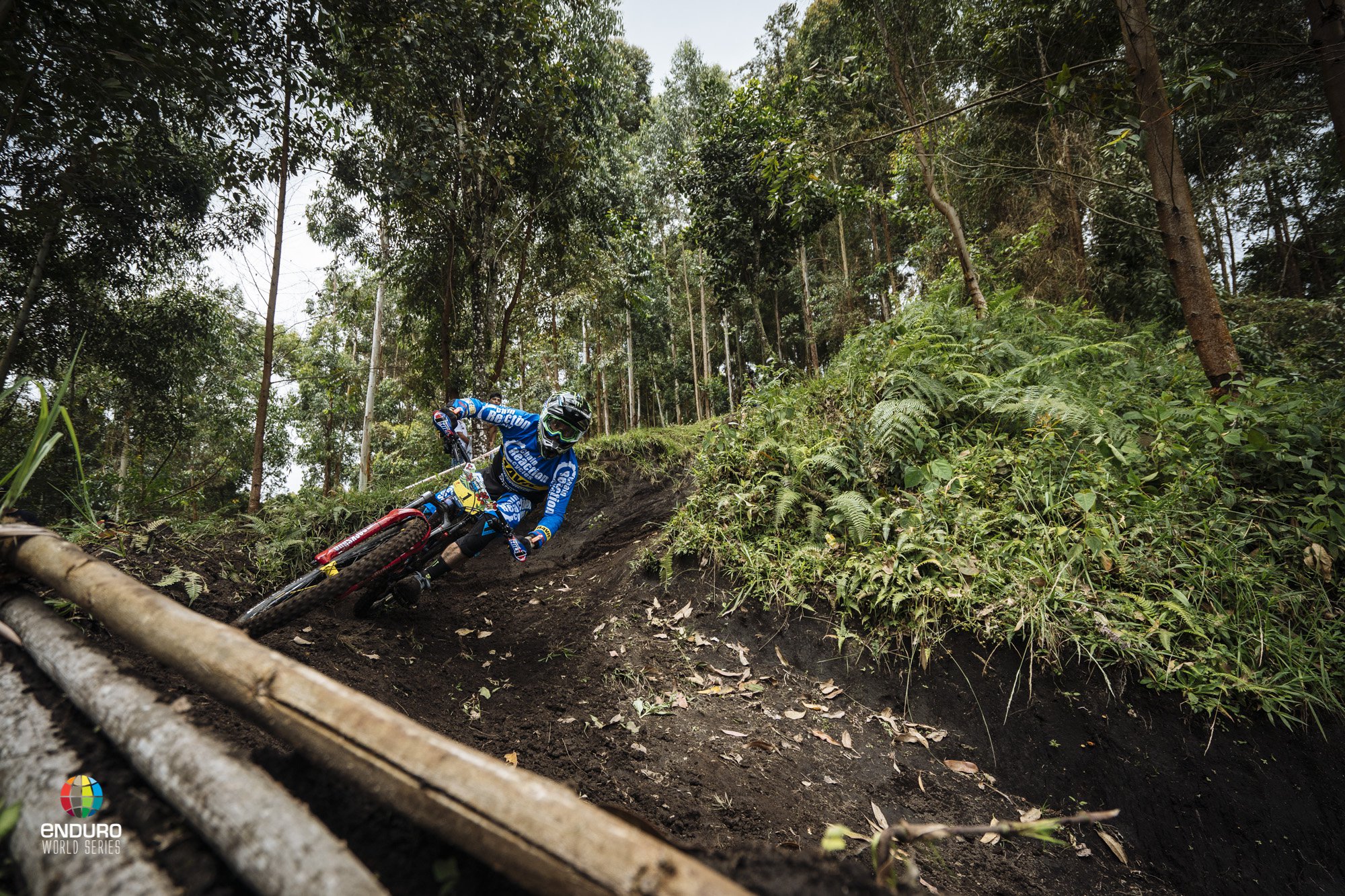 Sam Hill, foot up and still flat out. Two from two in very different conditions for the Flat Pedal Thunder from Down Under.

In the men's race, Hill (Chain Reaction Cycles Mavic) was unstoppable, taking four of the seven stages and finishing the race with a 47-second lead. Local hero Marcelo Gutierrez scored an impressive second place at his ever EWS, whilst Frenchman Damien Oton (Unior Devinci Factory Racing) won a stage and earned himself a third place in the process. Privateer Youn Deniaud deserves a mention for his impressive fourth place finish. 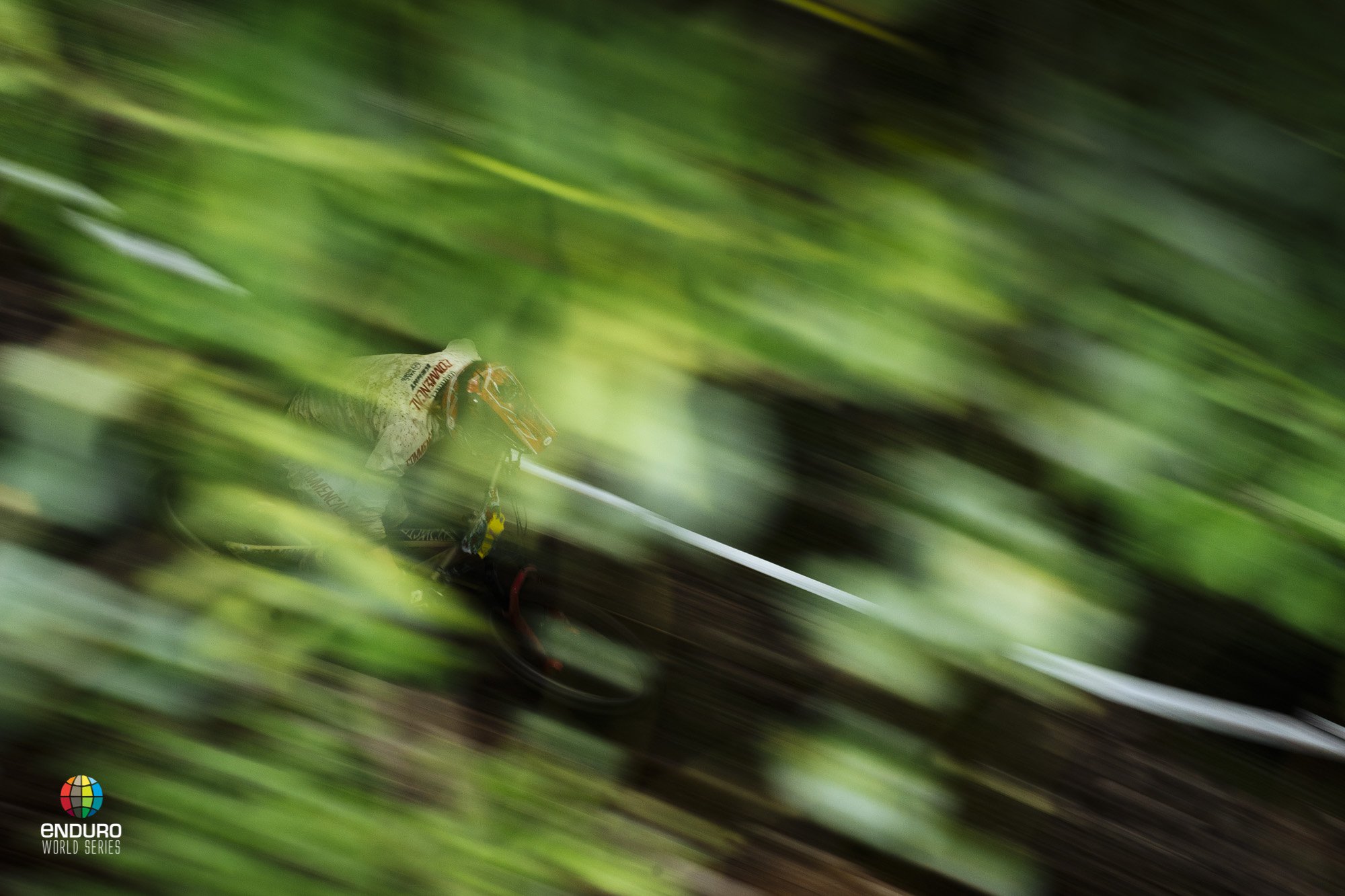 Cecile is unstoppable. Another race, another win for the current champ.

Elliot Heap (Chain Reaction Cycles Mavic) replicated teammate Sam Hill's performance to win the U21 men's category, and Ella Conolly won her second race this season in the U21 Women's race. The Master's podium was a repeat of Chile, with Karim Amour (Miranda Racing Team) and Melissa Newell taking the wins. 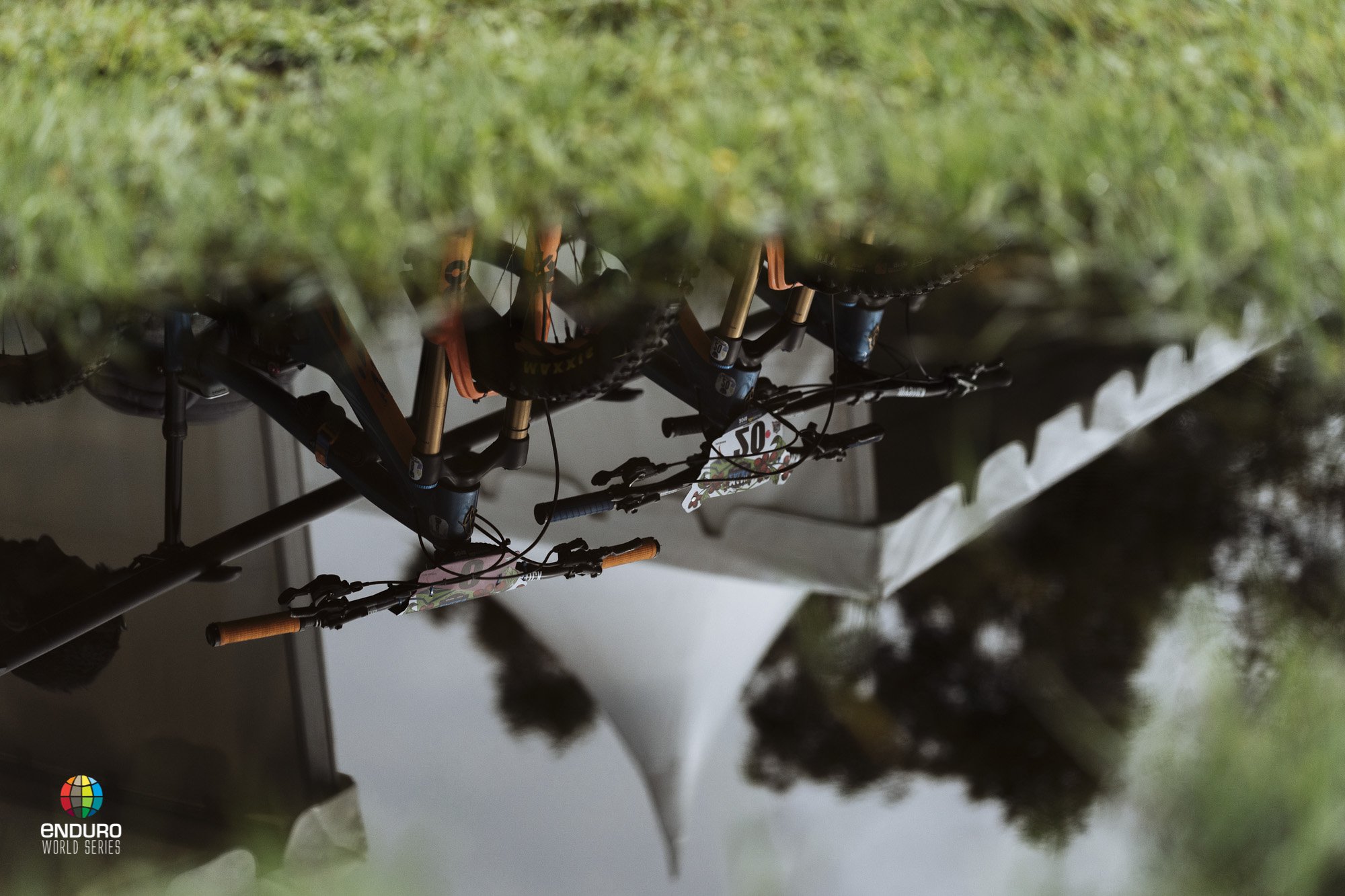 It was a return of the wet series. Will we see more of the trend we saw in 2017?

In the team competition, Canyon Factory Enduro Team were the team of the day, but it's Ibis Cycles Enduro Race Team who lead the rankings heading into round three in France next month.

Chris Ball, Managing Director of the Enduro World Series, said; "When we announced we were heading to Colombia there were a few eyebrows raised, but I hope people now see what an incredible part of the world this is. The riding is insane and the people are some of the most welcoming, friendly, and passionate cycling fans we've encountered anywhere." 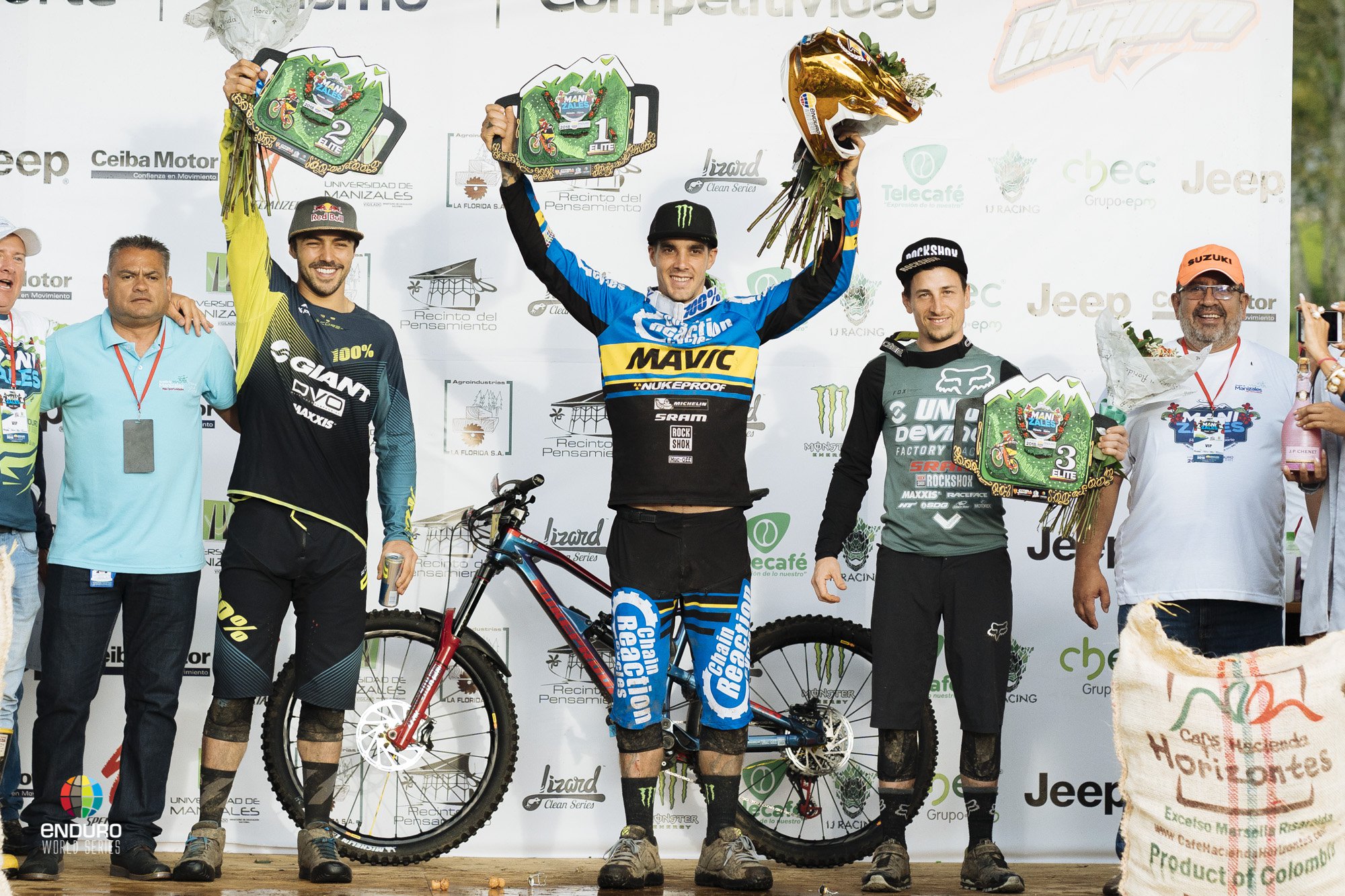 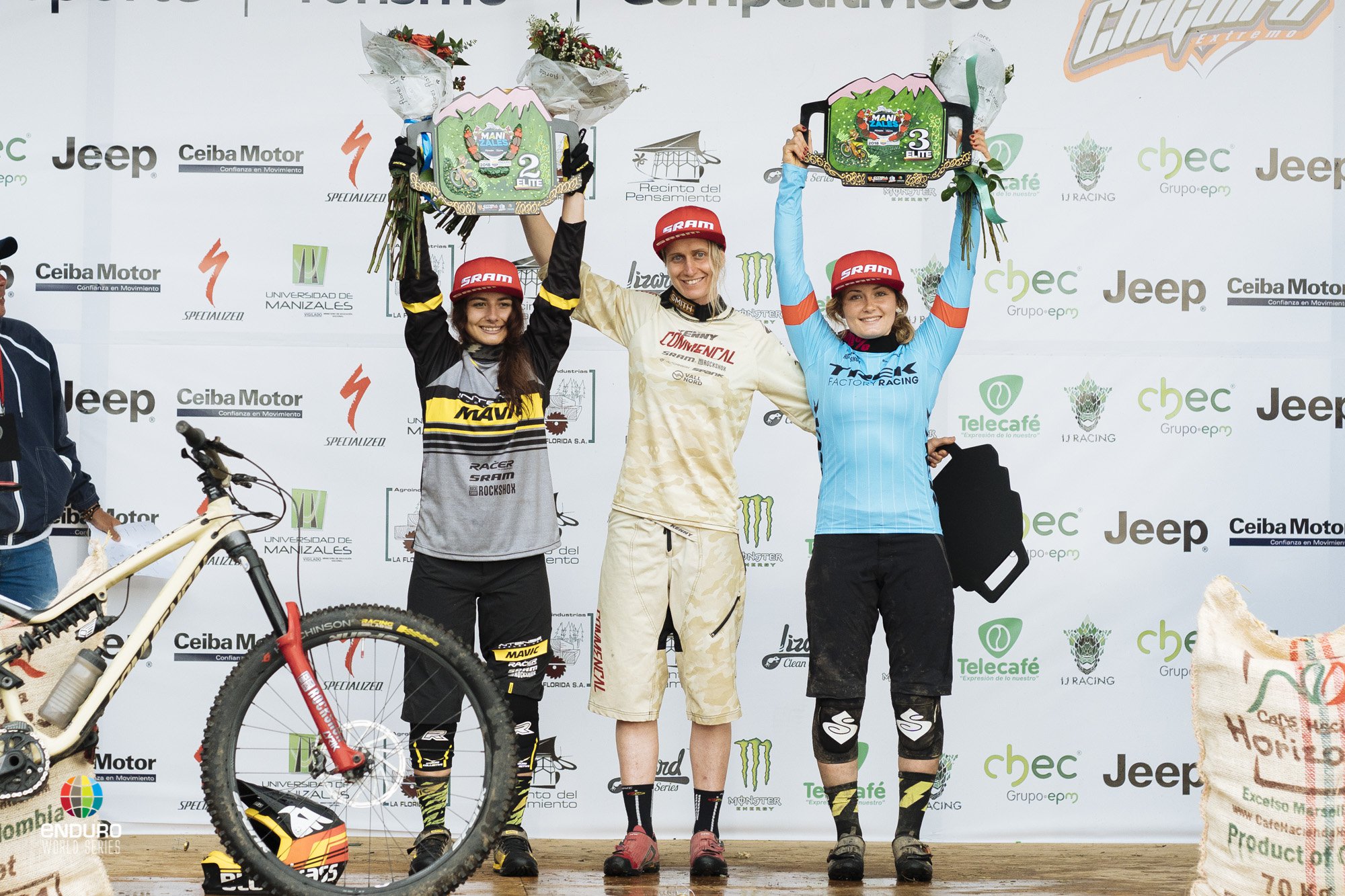