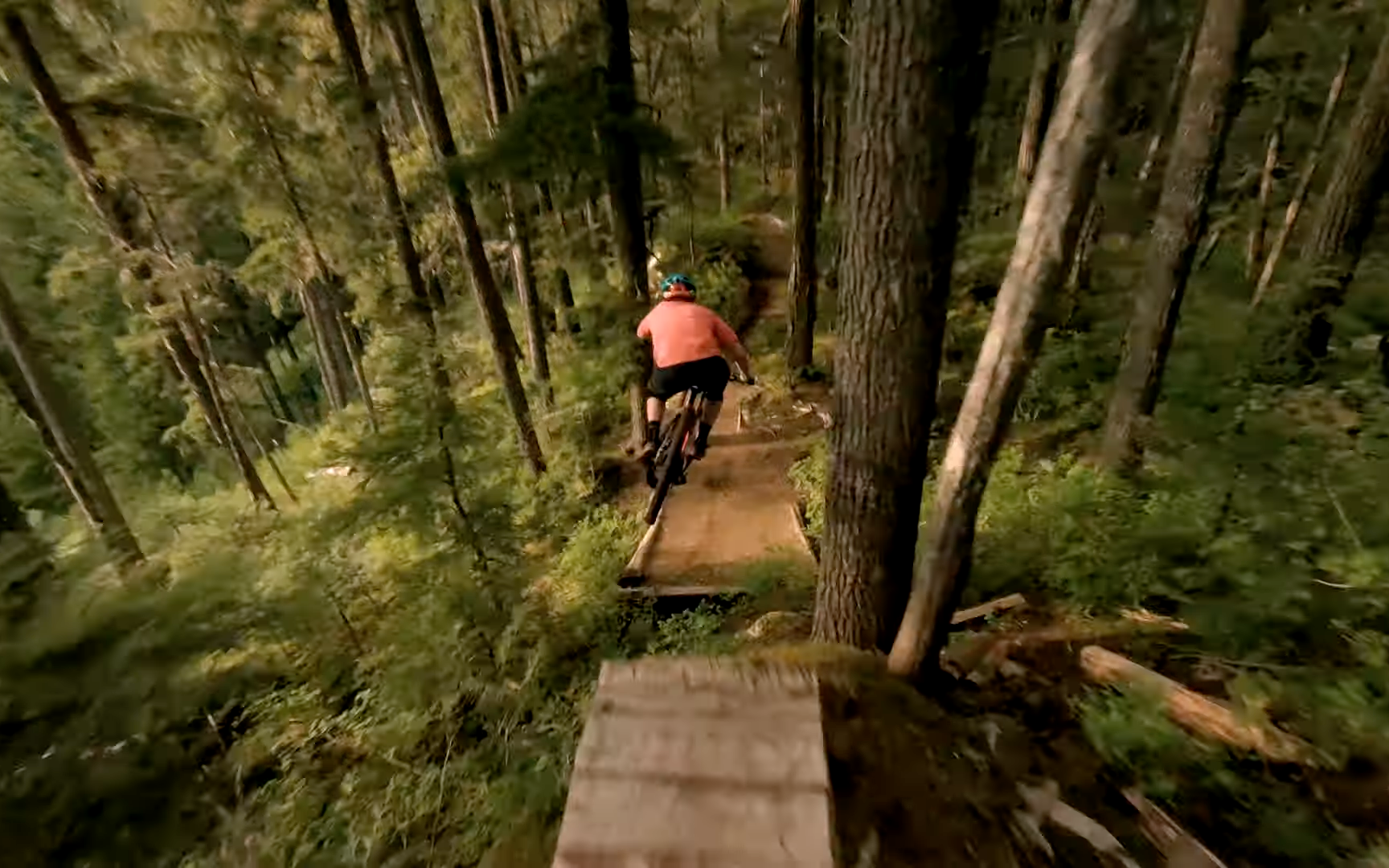 What is the best perspective to see a rider's flow? Sit back and hold on as Steve Storey connects the artwork of trails while Mitch Winton navigates the airspace within these trails to put together a truly unique video that you'll want to be part of.

It's not often that MTB ads are genuinely funny. A lot of the time we're treated to stale, platitude-laden copy, repetitive imagery, vague claims, and consumer-culture mindset. However sometimes a brand puts out something that defies convention and turns out to be both entertaining and evocative. Endura's latest video applies. This post is #notanad, but I wanted to share it as an example of the fun side of marketing, which I happen to think is also more effective. Bravo, Endura.

Tom Van Steenbergen and Ethan Nell take on the harsh Utah desert landscape one more time in the sequel to 2019’s, Mesa. Utah is still the proving ground for free ride mountain bike riders across the globe. Pushing riders beyond their comfort zone with its unique landscape; making or breaking dreams.


A Day in the Shoes of Dan Atherton (The Athertons)

Dan has dedicated his life to progressing the sport of downhill mountain-biking through racing, trail-building and bike design. Follow the eldest Atherton sibling for a day at Dyfi (pronounced, Duv-y) Bike Park as he builds, manages the forest and gets out to have some fun on the trails.

In 2001 it was the Red Bull Rampage that gave the Freeride movement a platform to showcase itself on a world stage. Here are Wade Simmons' runs, from "Retrospective: Red Bull Rampage" by Freeride Entertainment. See if you can spot a young Thomas Vanderham in there too!

The trails on Bowen Island don't get a lot of traffic, but they were built by legendary shore rider and builder Dangerous Dan Cowan and Jay Boysen and a friend have been taking care of the trails lately.

Remy talking about not riding stuff was a highlight to my week, I thought "me too buddy, me too."  Not something I often think when watching his videos.  The right turn to drop wood feature looks soooooo fun.