We Have Served Thee Well

I’ll confess, I’m a big fan of Grant Robinson’s photography. His work demonstrates that there’s many ways to take a good photo and there’s no such thing as the perfect way to do so.

While many action sport photographers create beautiful, pixel-perfect photos, Grant is one of the few who doesn’t just document the act but the emotion and feeling of the moment. He doesn’t often attempt to stage perfectly choreographed action sequences. While some photographers and their subject work tirelessly to manipulate the surroundings and reproduce The Moment, Grant is more than happy to snap and move on, avoiding recreating a synthetic representation of The Moment.

Rather than trying to capture the action he lets it wildly dance all across the image. Rather than freeze-framing a millisecond, wrangling and seizing it forcefully, he allows the motion of the moment, the many moments, to truly show themselves. The result is what some people consider imperfect images and perhaps sloppy technique, but a closer look reveals a story about the warmth of the act, the adrenaline of being on the edge, and the dance of skill and chance, both for the subject and the shooter. Life isn’t perfect so why should every image be so? Some of Grant’s photos are far from some people’s categorization of excellence, but by being imperfect they display feeling or emotion that is much harder to place deliberately.

As he says, “It’s all a blur, it’s never perfect. I’m just trying to show that there is some life and some movement.”

His images contain a fashion and art aesthetic. Or perhaps more correctly, he allows the art and fashion of the activities in his photos to shine through. His photos also deliver a sense of empathy for the viewer because they are relatable scenarios, moments between the great moments that portray a personal or intimate milieu. There’s a sense of summer childishness, reminders of the halcyon days of youth, and invitations for us all to try and get away with something.

Many of Grant’s close friends get great entertainment from telling him that all of his images are blurry and that he can’t hold focus on his camera, but they truly know that if Grant takes a blurry image, it’s because he feels that it will do the subject more justice to show movement and energy in the photo, rather than stopping it dead in its tracks and taking away the motion inherent in the moment it was taken. 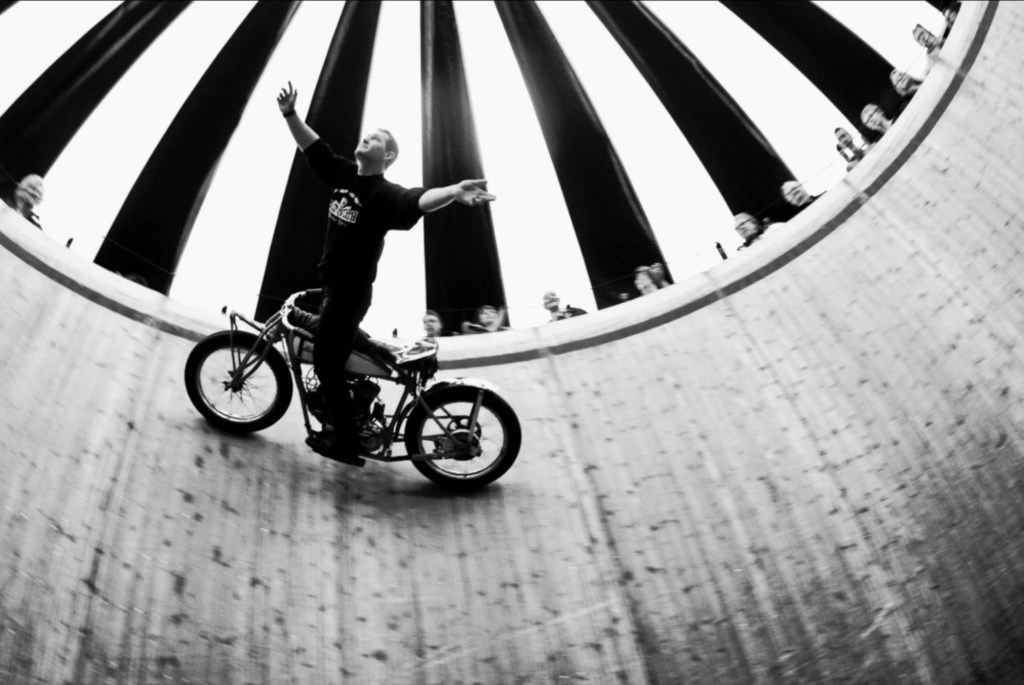 You have to know the rules before you can break them, and Grant certainly knows the rules. He just chooses to play on the edge a little. It would be easy to write Grant’s work off as lucky shots, accidents and uneducated guesswork, but he gained a formal education in photography, has studied the works of many masters, and understands the techniques, craft, science and theory of photography better than he lets on. When he does get his camera out he makes sure to understand the subject matter and where to stand in order to be sympathetic to the subcultural nuances. He has the ability to build a rapport with his subjects and appreciates and understands the source of their passion enough to let that shine through.

The flip side to Grant Robinson is his other photographic work which is conducted within the relative calm of a studio where he can orchestrate his subjects and light thoroughly. This side of his work contrasts completely with his action photography. Likewise, Grant is a juxtaposition. He can appear gruff, coarse and unruly, but he is also extremely well-mannered, very neat and ordered (despite his appearance) and is a very caring father to his two children.

One of Grant’s ongoing projects of passion is We Have Served Thee Well, a collection of uncluttered portraits of old, well-used tools and personal possessions. These simple images give the viewer chance to pause, appreciate and take pleasure in often overlooked and underappreciated objects and the life that they have lived. It started as a way of Grant holding onto things that he simply didn’t have room for anymore (he recently moved from Britain back to his homeland of Canada) and he wanted to preserve the beauty in these undecorated, disregarded items. For this film I traveled with Grant to Vancouver, BC where he shot pieces of Myk Rok’s and Reverend Norman’s personal, and extremely vast, vintage and custom motorcycle collection. This exposed me to another of Grant’s intriguing beliefs: that nerds are the best kinds

“Between The Eyes” is an ongoing series of short videos that hope toe explore and communicate some of the fascinating stories behind photographers and their craft.