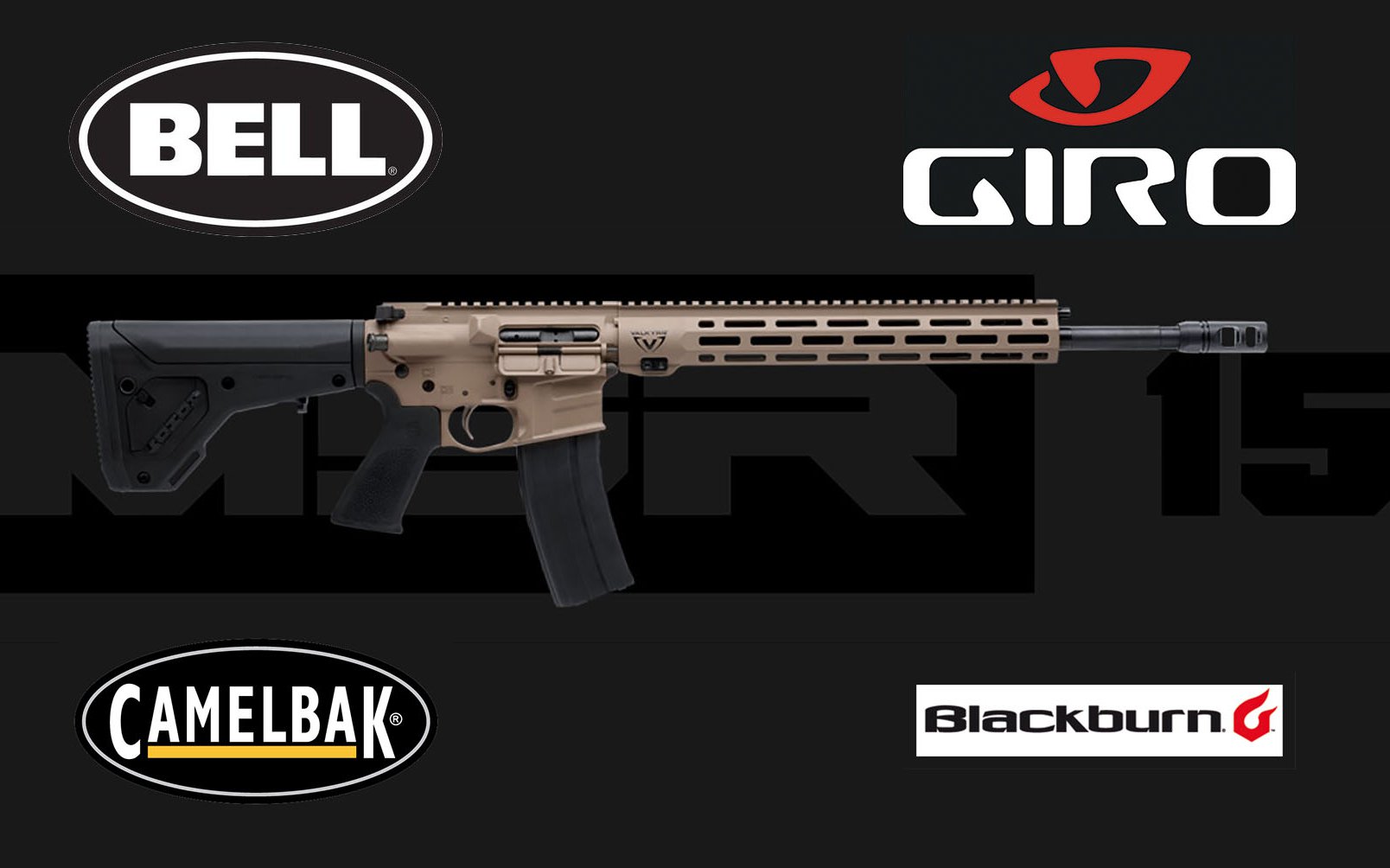 Publicly traded Vista Outdoor plans to sell off several brands, including Bell, Giro and Blackburn as well as weapons manufacturers Savage and Stevens Arms in a restructuring plan. The idea is to increase focus on what it has identified as "core product categories." In a statement issued May 1st, the company stated; "Vista Outdoor will focus on achieving growth through its market-leading brands in ammunition, hunting and shooting accessories, hydration bottles and packs, and outdoor cooking products."

Earlier this year, in response to consumer pressure, two of the largest outdoor gear retailers in North America, REI in the U.S. and MEC in Canada, announced they would stop purchasing brands owned by Vista, including those from Bell, Giro, Blackburn and Camelbak. Many smaller independent bike dealers joined the initiative. The consumer pressure resulted from outrage over the school shootings at Parkland High School. The sequence of events seems to suggest the situations are related but Vista CEO Christopher Metz suggested on a conference call that the strategy was already in the works.

In response to a question from investor Scott Stember, Metz had this to say;

Okay. So Scott, we've publicly stated that we think the impact is -- certainly for the largest customer, which was REI, was less than 1% of our overall sales. And I think it's safe to say that as we look at the rest of it, there's been some puts and takes. So we've had some small independent dealers that have sided with the REI side, and we've had some independent dealers, frankly, that stepped up and said, "You know what, we want to take advantage of this market opportunity and replace that volume." So in total, it's built into our guidance and our expectations. And fortunately, we had been on a -- this path of strategically determining where we wanted to guide the company way before any of the noise came about 8 weeks ago.

When you consider that consumers took issue with brands that manufacture firearms capable of mass shootings, which Vista also plans to divest from, it does appear the boycott and the sale are unrelated. Camelbak may seem like the loser in this scenario but since arms rather than munitions were at issue for consumers it's possible that boycotts by consumers, independent dealers as well as MEC and REI may be rescinded for all four brands.

A petition initially directed at MEC and their sale of Vista Outdoor brands was started by Sarah Latha with the nebulous but well-meaning goal of affecting change. While awareness of Vista Outdoor's investments had a short term impact on stock prices and the boycott demonstrated the resolve of those in favour of stronger gun legislation in the U.S., it's difficult to quantify the impact of the inititiative.

To your last point making a significant change in the US gun regulations that would reduce mass killings [particularly of children] is not something that's going to happen overnight or as a result of one initiative. The fact that consumers are starting to appreciate they can flex their muscles and make a point on the issue is noteworthy. There were a number of other consumer related actions that occurred at the same time beyond the REI/MEC boycott of Vista.

I would also not expect the CEO of Vista to fold and acknowledge the impact of the consumer backlash they faced. So his denial is really meaningless.

I don't disagree about the CEO's statement Vik, but why sell Savage and Stevens Arms as well then?

Was my last point about making a change in gun regulations? I don't think it was.

It would make sense to sell Savage and Stevens if they were underperforming, which I believe they were.  The ammo divisions are doing well.

To many consumers the issue isn't the selling of firearms and ammo, it's the support of the NRA, which many view as a serious impediment to reasonable firearms regulation in the US.  I count myself as one of these consumers, so my support of these companies hinges on whether or not they continue to fund the NRA.  I doubt I'll be buying another Camelbak as I believe Vista will keep them, focus on their military and tactical lines, and continue to fund the NRA.

This. IMO it seemed to be largely an NRA issue, not a 'they sell firearms (and/or ammo etc)' issue.

Although support - at least financial support - of the NRA by Vista was never confirmed to my knowledge. That should be pretty easy to find if it's there since they are a public company.

At the very least, Savage is an "Industry Supporter" of the NRA.  One could argue that money flowing to Vista Cycling Brands was not flowing directly to anything like the NRA.  But money from within the Vista umbrella is most definitely flowing to the NRA, and I don't think Vista ever denied that this was happening.

Well, I only have so much time to dedicate to armchair journalism but cursory Googling gives many articles, granted some of them fairly partisan, that describe Vista as a "supporter" - some of them specify around $500k/year of lobbying and some specify that they fund educational and NRA TV programming.  The NRA TV stuff is, IMO, some pretty horrendous brainwashing propaganda and a significant barrier to improving the gun safety issue in the US.  Their relative silence makes it difficult to get a confirmation, but the lack of a denial of support of the NRA is telling.

Ya, I agree tashi...when I read about their support/sponsoring of NRA TV spots that made me feel really uncomfortable.

I guess we'll have to see if "support" (in whatever form) continues now that Vista plans to stop owning firearms producers but continue to own munitions manufacturers.

While the original petition (by Sarah Latha) mentions NRA support briefly, most of the text and the title focus on the manufacture of assault weapons. Petition quoted below.

"Given the recent massacre of high school students in Parkland, Florida, MEC is facing an urgent ethical obligation: to act in accordance with its 'Mission and Values' and immediately stop selling brands owned by Vista Outdoor, a corporation whose profits are derived from the production of assault weapons capable of mass murder."

Maybe they can make a bump stock floor pump for easier tubeless setup.

I think its time to dogpile Arcteryx since they have a tactical clothing line...

throw the big automakers in their as well , they have all had contracts with the military .

Oh for sure.  Somebody else did something bad once so nobody should be concerned about anything, ever.

I also don't think Chevrolet is pumping a bunch of money into the NRA, but I could be wrong.

Do they give money to the NRA?