After securing his first-ever World Cup win in dramatic fashion in Lenzerheide last weekend, Luca Braidot was hoping to once again shock the rest of the field. However, it looked as though the Italian would have a tough time, with Nino Schurter seeking a record-breaking 34th victory and Mathias Flückiger in good form after claiming a victory in Friday’s XCC race. Swiss ace Flückiger would be forced to miss the race, though, having fallen ill overnight. And by the end of the first lap Schurter would find himself in 11th as he struggled to find speed. Over the next few laps, Braidot was able to keep pace with David Valero Serrano and leader Vlad Dascălu, with the trio pushing away from the rest of the field. Disaster would then strike for Dascălu as a problem with his bike saw him tumbling down the field, allowing Braidot to power through and secure a second straight victory. Valero Serrano would hold on to secure second, while Schurter produced an incredible late charge to secure the final spot on the podium. Braidot, 31, said: “I can’t believe it. This week has been pretty amazing for me. After two World Cup wins in a row, I am now feeling super confident for Snowshoe.”

In the women’s race, with Loana Lecomte and Kate Courtney both missing as they prepared for future rounds, many were expecting a close battle with plenty of surprise contenders. Despite a strong start by Laura Stigger, it was Dutch rider Terpstra who built a substantial lead by the end of lap one and never looked like letting it slip. Alessandra Keller, who won Friday’s XCC race, Australia’s Rebecca McConnell and Pauline Ferrand-Prevot of France attempted to keep pace but by the end of the third lap Terpstra had built a lead of more than a minute. Mona Mitterwallner climbed into second during the final lap, but was unable to get near Terpstra who made it successive wins in Vallnord, having triumphed the last time a race was held in the Andorran city in 2019. Meanwhile, Ramona Forchini won the battle with Stigger to ensure she claimed third place. Terpstra, 31, said: "It was really special to win. I think this course and the altitude must suit me really well. I like it when it’s hot and dusty and I like the technical parts, so I guess it suits my kind of riding.” 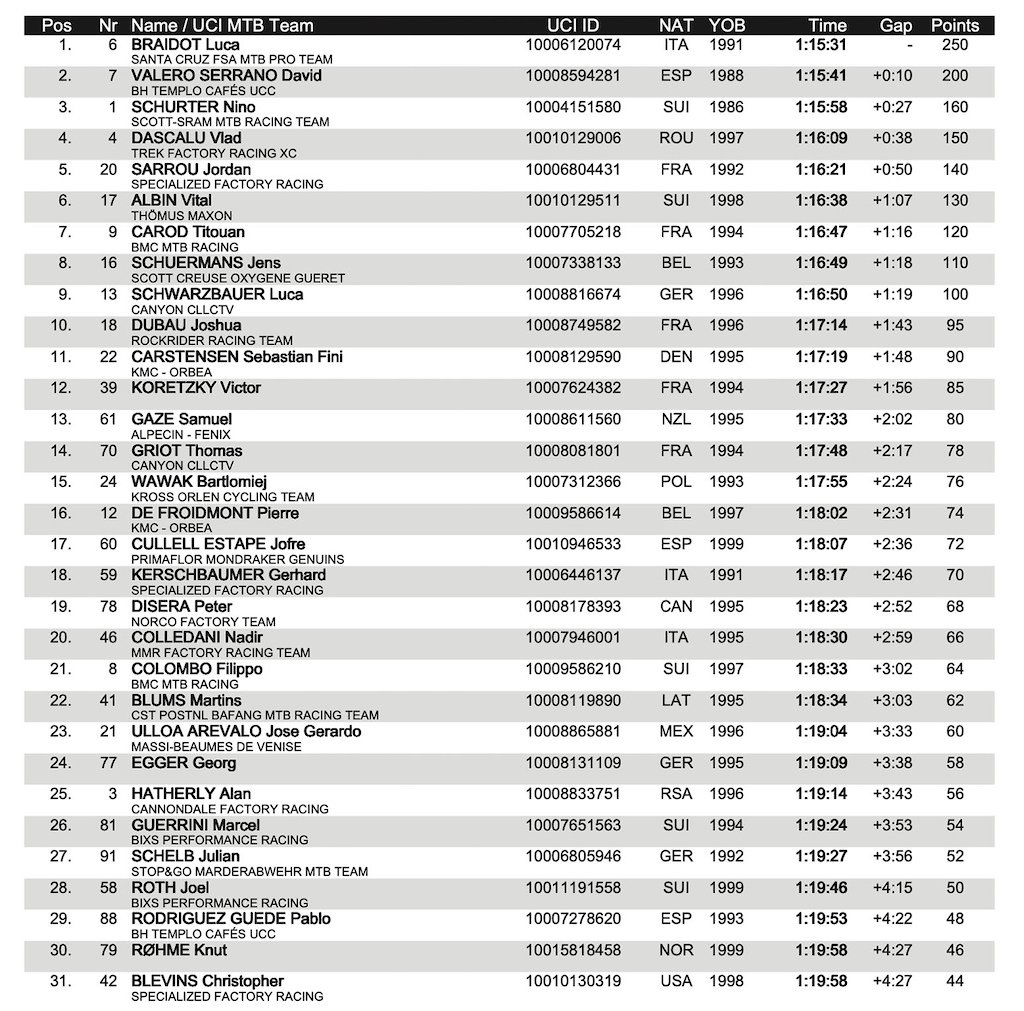 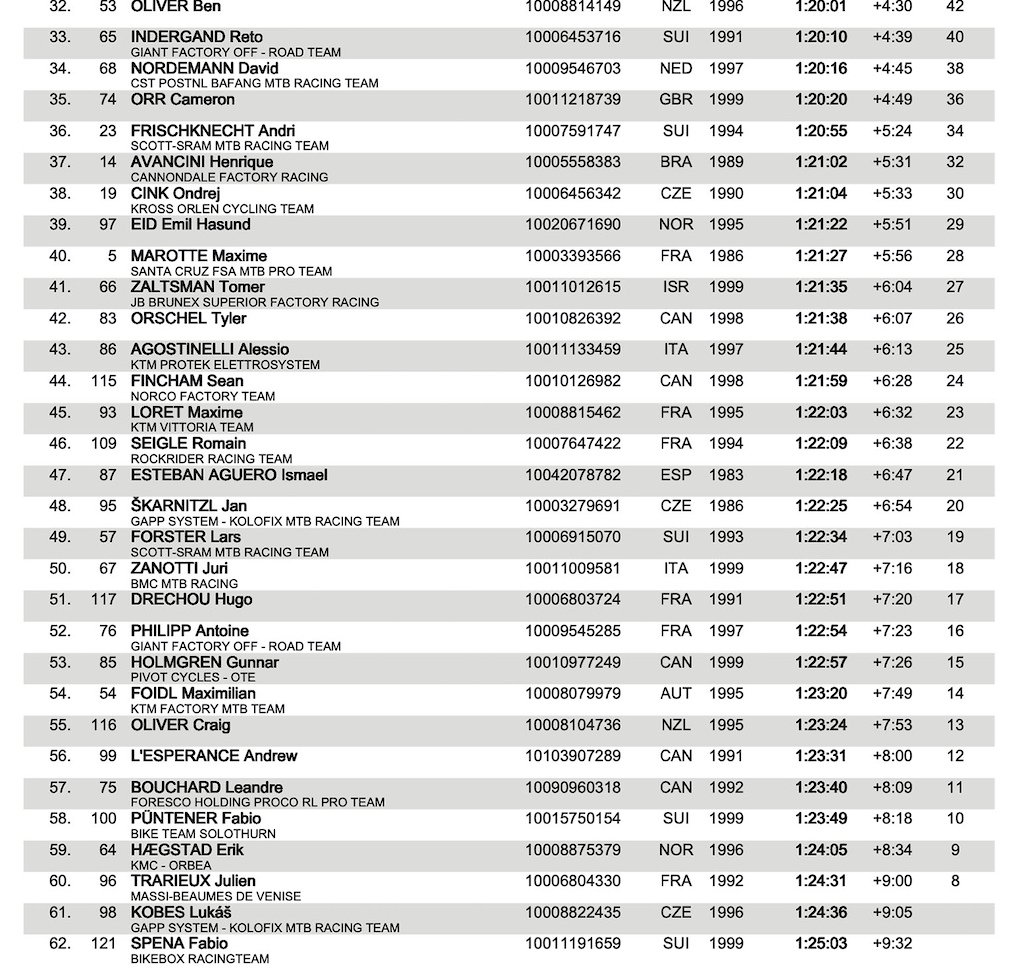 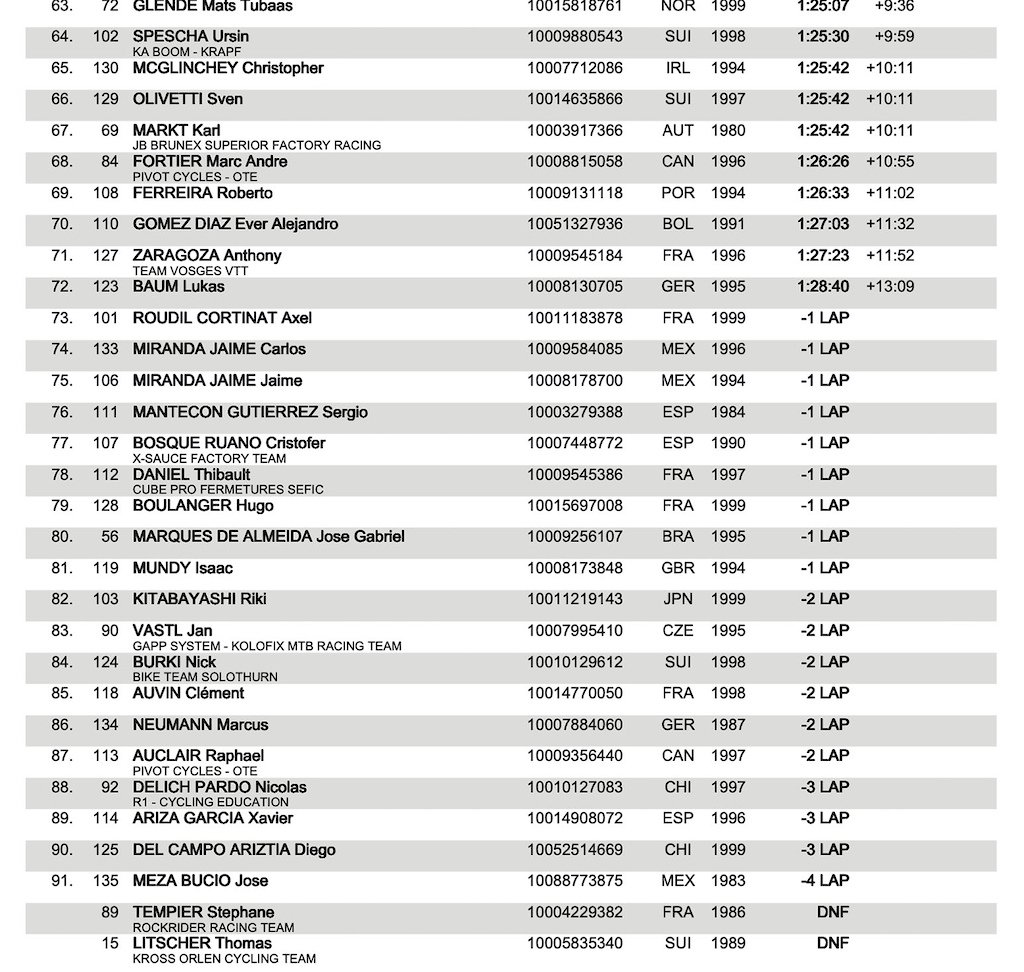 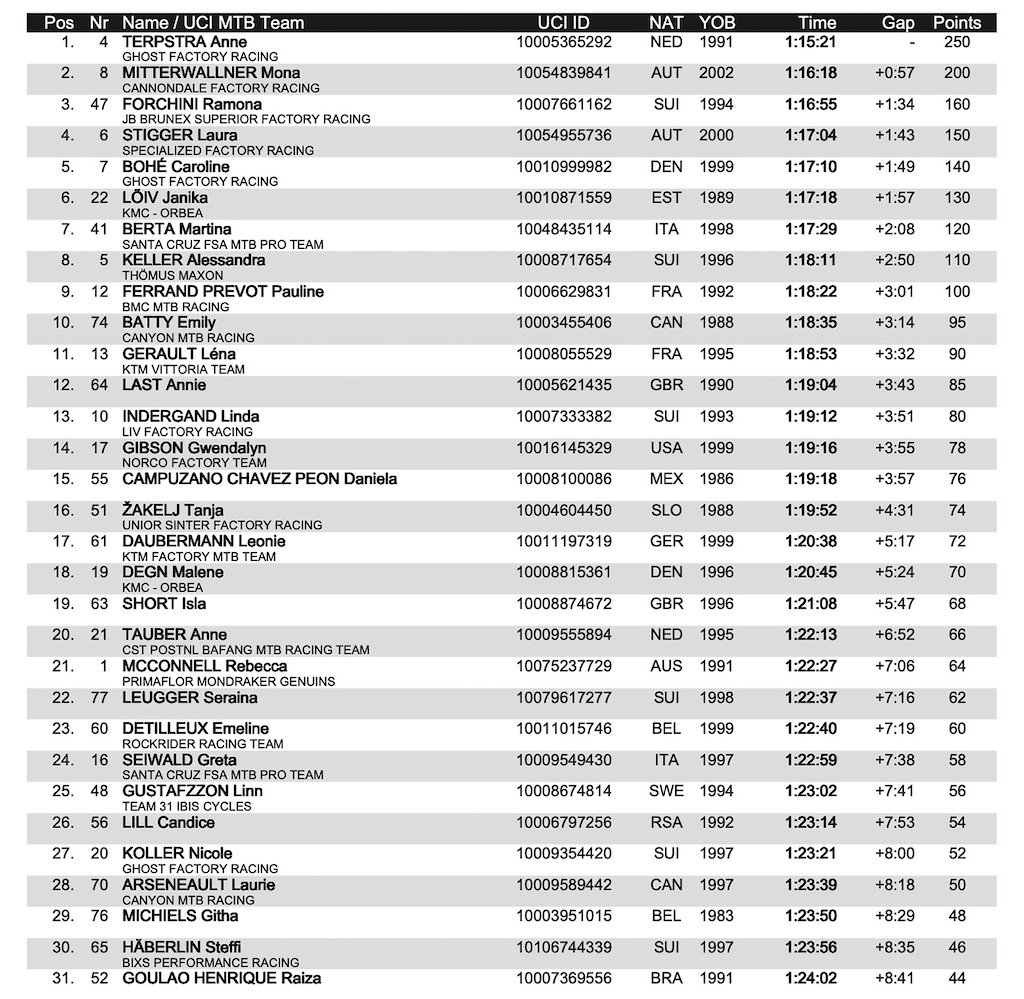 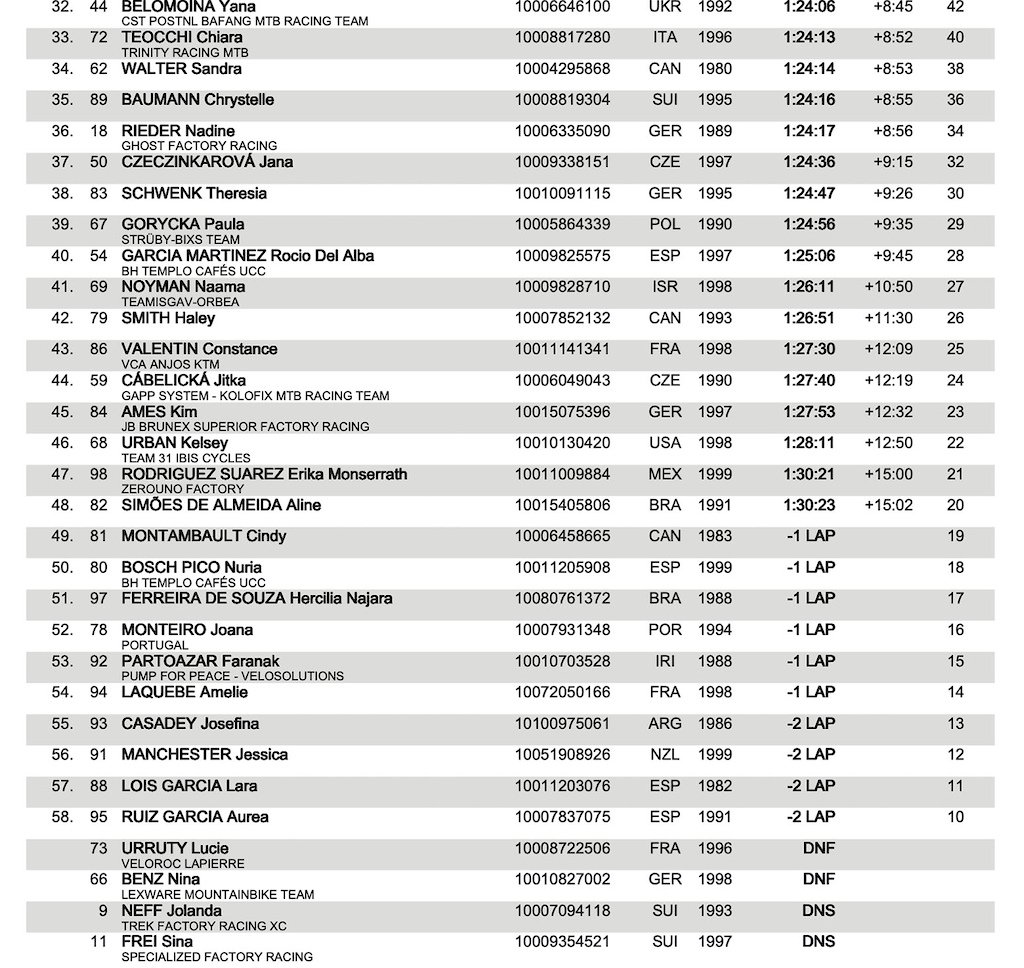 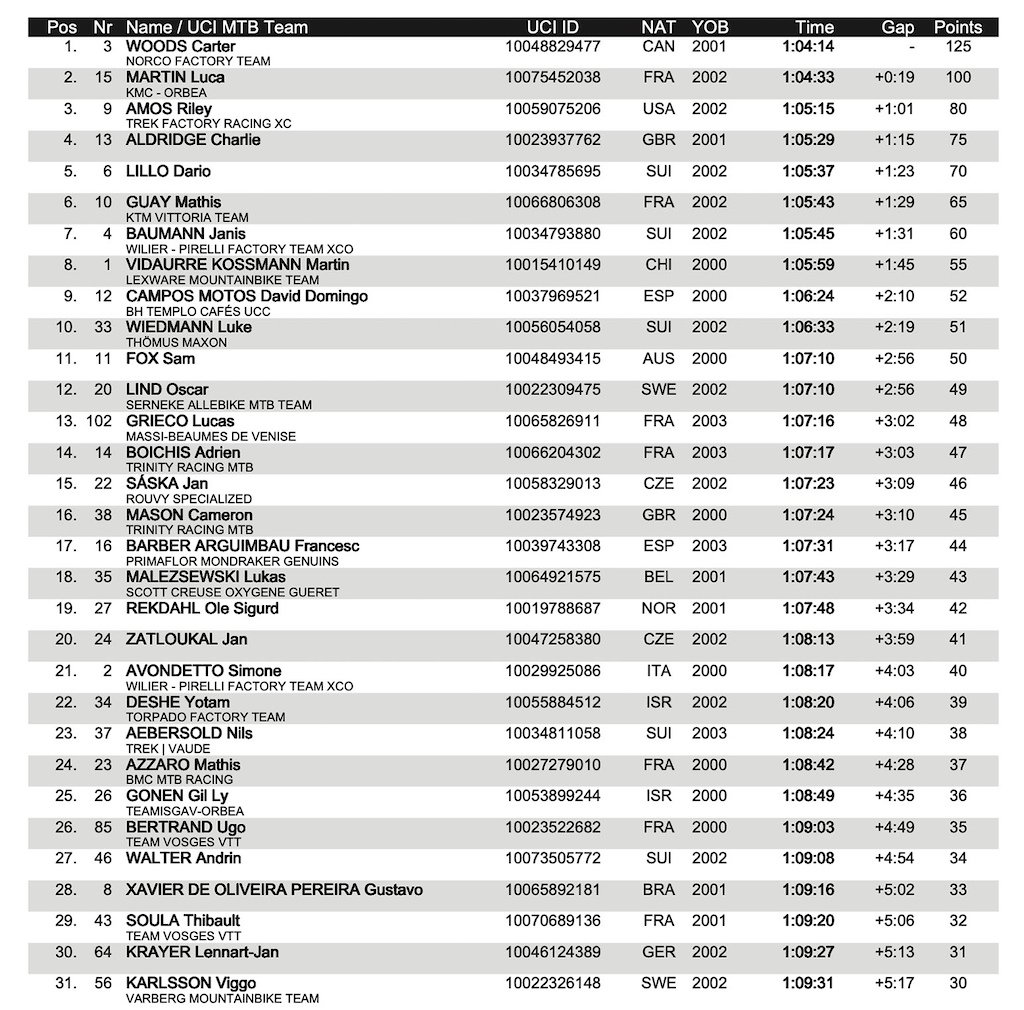 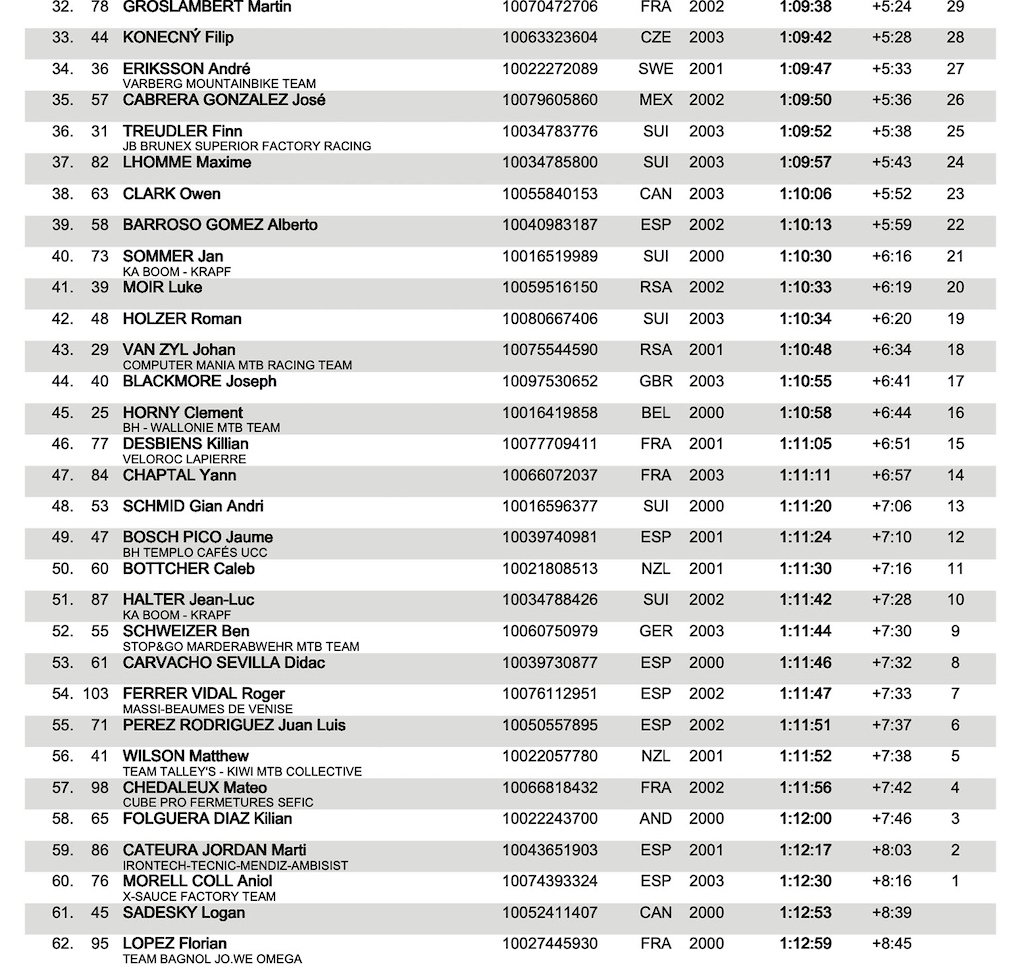 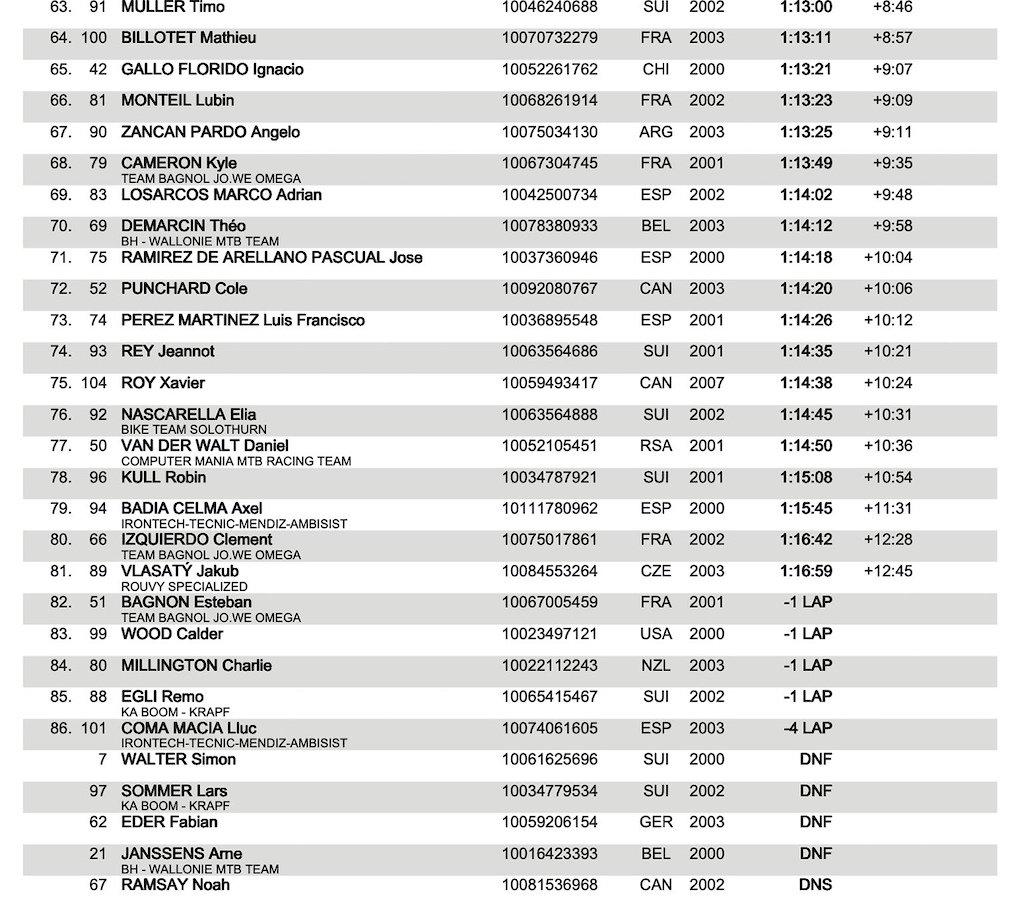 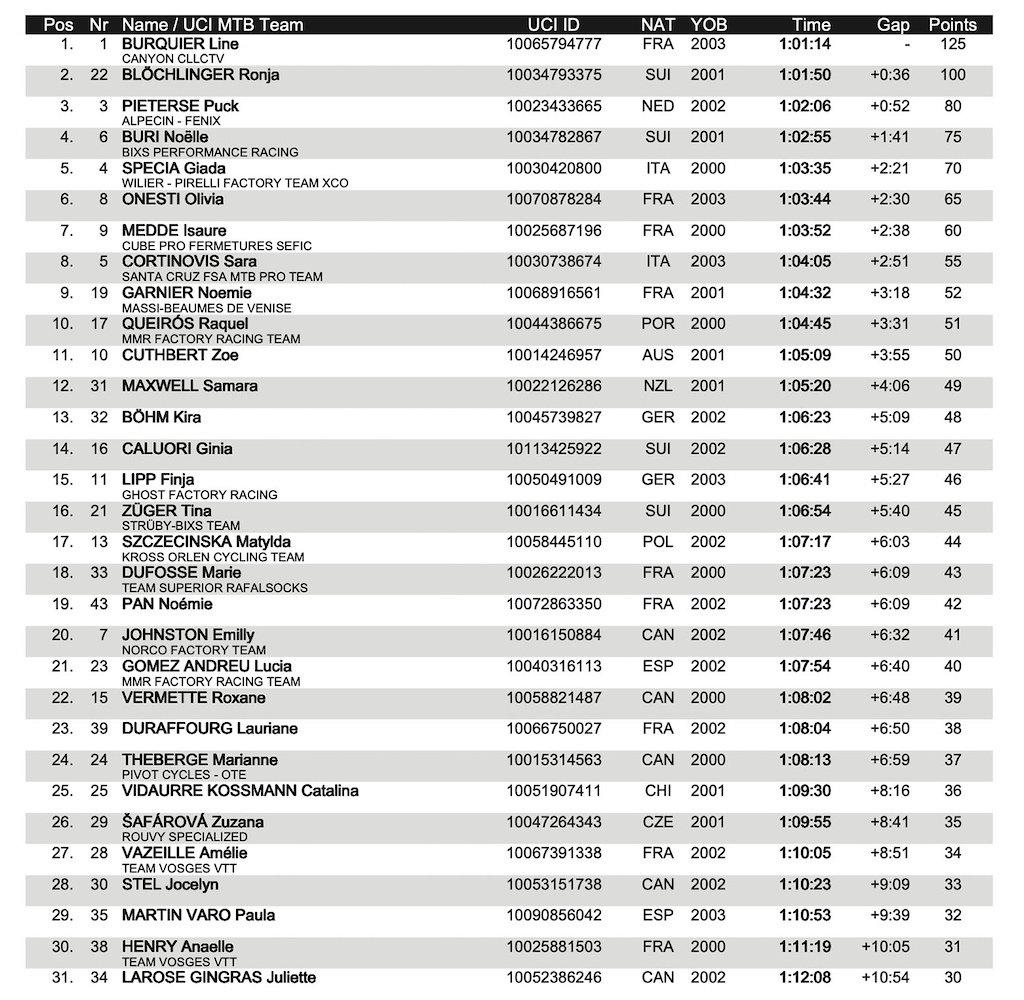 and Canadian Juniors did well too