10 years ago I crashed and knocked one of my front teeth back on a teeter totter; the root canal left my tooth very noticeably blue. I joke with my students that I’ve been “blue tooth enabled” for 10 years.

Fixing it would be pure vanity, and I like to chuckle at my bluetooth joke. Yet now that I have dental insurance, it will cost me much less to get a crown.

Should I get my tooth fixed?

Piece of advice #1 – Give up the bluetooth joke

Please, please, never tell the bluetooth joke again. Unless you’re getting paid millions of dollars to tell jokes for a living…actually…even if you’re getting paid millions of dollars to tell jokes for a living, never repeat your material to a familiar audience.*  We’ve all worked with the guy who tells the same “workin’ hard or hardly workin’!” joke every day as he strolls by your desk with a handful of mail. Nobody likes that guy. If you become that guy in a room full of kids you will become a legendary figure, mocked by the kids on the other side of town who have never even met you. They probably didn’t laugh at that joke the first time they heard it. They most certainly didn’t laugh the second time. Each subsequent repeat just causes those little eyelids to roll on back in their heads a little further. Give the poor things a break. They’ve got enough to worry about.

Now that we have the important stuff out of the way.

I get it. But I don’t really get it. Why don’t you want to fix your tooth?  Why are you asking some jackass on the Internet for dental advice?  I don’t really trust my dentist either, but this seems like the wrong path.

Is this a vanity thing?  I get that. If you fix that tooth, what’s next?  Botox?  Hair gel?  Frequent haircuts?  But fixing your tooth lies somewhere in the middle ground of Ryan Seacrest levels of personal grooming and walking around with no pants on. Nobody is going to judge you for this.**

Is it a money thing?  It can’t be that, because, as you mentioned, teachers get fat benefits. So, you can probably stomach the 50 bucks you’re going to have to pay out-of-pocket.***

Do you consider it to be a badge of honour?  You did receive it riding, but as far as cool stories to tell people are concerned, this is a pretty bad one. If you have to open your mouth really wide and grunt out your story while pointing and wiggling a tooth, you’re better off finding a different icebreaker.

Are you afraid of dentists?  This is fair. This could be a reason to not get your tooth fixed.

So, unless you have a crippling phobia of dentists, get your tooth fixed, keep riding and hopefully you’ll injure yourself in a way that allows for a better story and jokes.

*I know that if I never have to hear the Amy Schumer “He’s a real thinker” joke again, I’ll be a very happy person.

**Ya, ya. I wrote this without really reading the question first. If you guys don’t bother to read the articles in their entirety,  I’m not going to bother to do so with the questions.

In honour of Seu Jorge’s visit to Vancouver this Sunday, where he performed his Life Aquatic David Bowie re-interpretations in their entirety, we have this.


Should have probably told you about the show beforehand, shouldn’t I?

Instagram – @davetolnai is off of dogs and on to birds.

Bluetoots, you deserve a prize after the unceremonious beat down Uncle Dave gave you. You score a Kona prize pack; a tee, a cool mug and a Camelbak bottle. 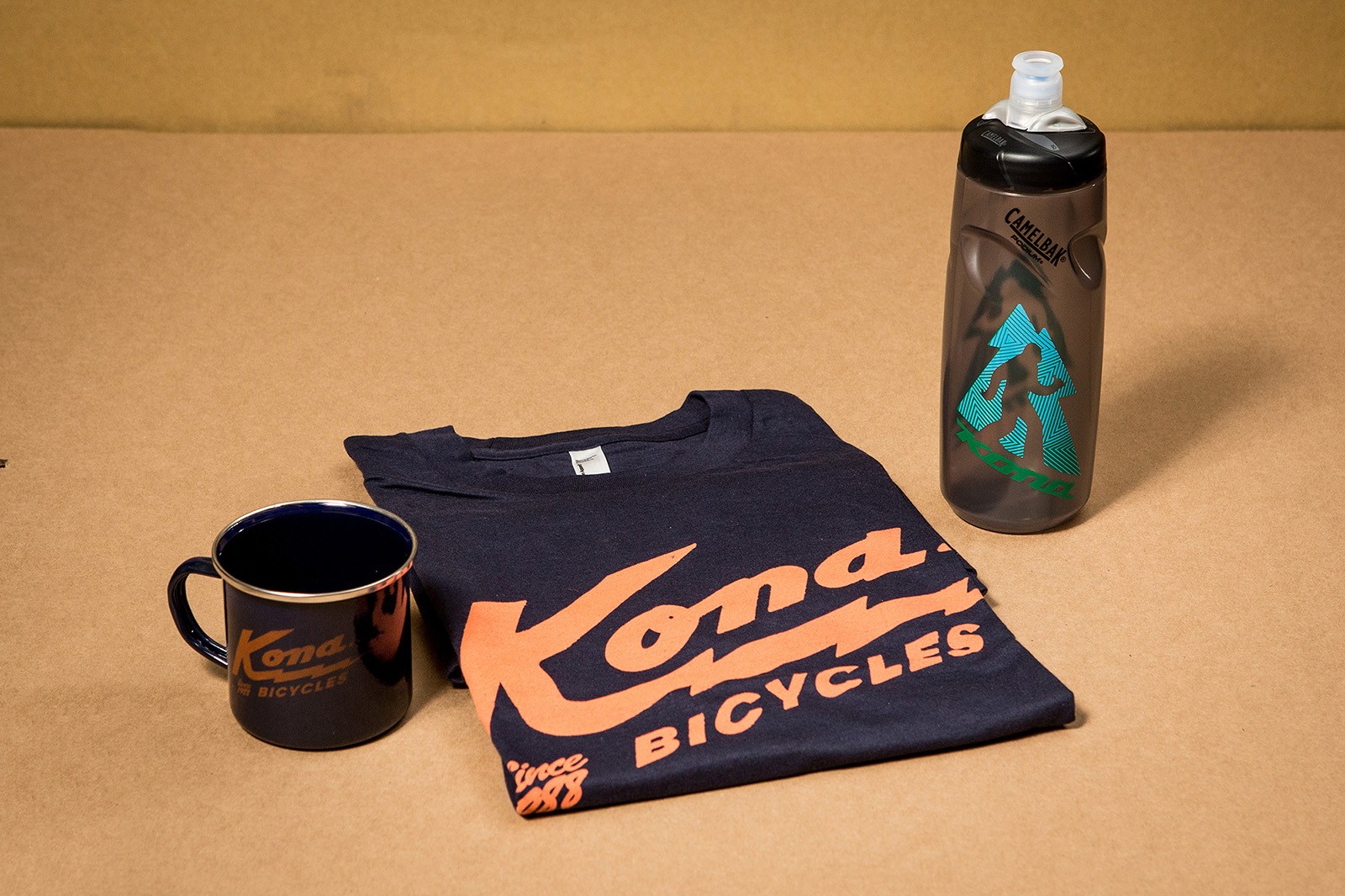 Next week’s Uncle Dave prize is a 7Mesh Recon soft shell jacket – a $300 value. So fire some sweet questions about wheel size or coloured teeth to Uncle Dave.

I've got to disagree with Uncle Dave on the joke. Especially if you get the tooth fixed, which seems like a good idea, use the joke while you've got it. Don't be stupid about it and repeat it to the same people with no interesting context, but as a dad I thoroughly endorse lame humour. You're dealing with teenagers in your work, and they can will benefit from the example of humility that comes with making fun of yourself intellectually and physically. And, I like the joke.

Opportunity knocks @raymondepstein:disqus and @Alex…you could turn this into the first ever argument about dental procedures on a mountain bike website.

OOOOOoooo a dental question! I will not armchair diagnose this (yeah, I am a dentist), but A. having had the tooth traumatized it's highly like the tooth structure is damaged upping the need for a crown and B. I agree with "Dr" Dave, get the damn tooth fixed and retire the hackey joke. While you may be able to bleach it, this is never predictable (especially if it's as dark as you report) and unless the tooth is otherwise in perfect condition (unlikely) have a nice crown made that will be trouble free for years. Also plus one on the Seu George.

I demo many bikes, but my personal bikes are relatively utilitarian and non- bling addled compared to the stereotypical physician or dentist's whips. I detailed this in a response here: Again, I keep things simple and durable. I have never been a fan of ultra-lightweight stuff as I've broken/worn out every part on a bicycle you can think of. My interest in carbon for example is about it's strength and stiffness. I have custom carbon wheels on my rig, but they are a "DH" lay-up and nothing anyone would describe as light-weight or "blingy". Party.

just giving you a hard time as you are the proverbial dentist that xtr di2, sram eagle, etc was designed for.

I like to refer to myself as the 5th dentist in the "four out of five dentists" toothpaste pitches. I am an admitted longtime SRAM fan. I have ridden bikes with Di2 and now Eagle. The Di2 I did not like as I just did not care for it's feel and over-complication of shifting. Eagle worked fine, but again the feel now is more like Shimano shifting. I like that inherit "clunk" that SRAM shifters have always had of which Eagle has less of. I will post forthcoming on my "Vulture" drivetrain soon.

Is one of those bikes an Ellsworth? :0

No. I ride a Banshee Rune V2 that I think rules.

you dentists sure take a beating these days on social forums eh? i tried to figure out why and it came to me; when the profession started to meld with marketing, plastic surgery and got sophisticated about sales. was out of town a while and went to a new dentist. lovely staff, office suitable for movie stars. was honestly looking for the Bugatti in the parking lot. at the end of the appt the dentist cruised in and the first thing he said- "how can i improve your smile today". i just KNOW he learned that at a sales seminar!!

Dentists are easy targets I guess. That said, much of the whole "cosmetic dentistry" stuff from the 90's-00's was pretty sleazy from a marketing standpoint. I took tons of CE related to that and while the technical side of it was solid the marketing never sat well with me. These days if a patient has something they don't like about their smile or I see something obvious that could be improved I will discuss it, but I do not pressure anyone into anything. I alway share with them that they may accept some, all or none of my recommendations and I have no hard feelings no matter what they choose. Some will. Some won't. So what? Next. How's that for marketing? Ride on.

I ran around for years with a filled tooth I broke in half playing hockey. It was grey on the upper half.Had a crown done and it looks oh so good.
What's wrong with a bit of wanting to look nice.?

Absolutely nothing. I am last person that would suggest anyone cruise around with a busted chopper. However in the end it is the patient that must decide what they want.

I owe yout guys in the dental industry. Without braces and crowns etc I would probably look like the lead singer of the Pogues.

Are you accepting new patients? I'd certainly rather fund your Eagle vs Di2 experiments than my current guy's jet-setting lifestyle…

Sure. Milton, Georgia. Come on. Special deals for cyclists.

Thanks for bringing back Seu George and his lovely versions of Bowie's classics. A wonderful way to introduce Seu Geoge's music to the masses.

Yo, I'm an actual mountain biking dentist. For real! The dudes tooth is likely blue from either having a little bit of nerve tissue left over after the root canal, or from having the root filling too high in the tooth (there's a dark rubbery bit for the root, and a second nice white bit for the coronal area). He should try seeing a dentist for internal bleaching before opting for a crown!