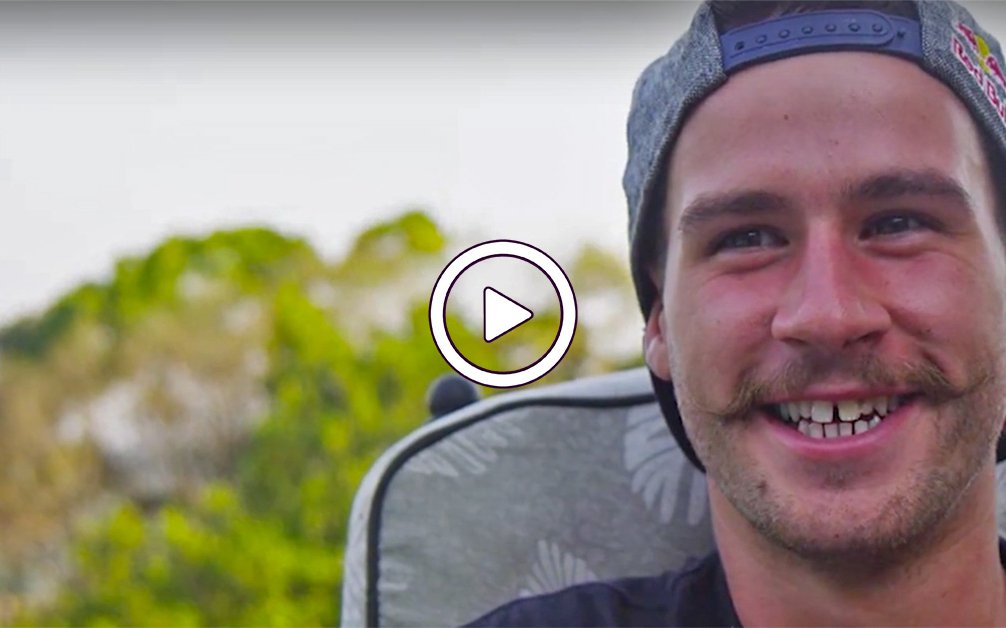 After the first anniversary of Stevie's death I wrote that it felt much longer. And now it's even more true. It doesn't seem possible that it's only three years. And yet enthusiasm for his memory doesn't seem to wane. I haven't watched a World Cup where there hasn't been at least one fan revving a chainsaw in Stevie's memory.

Think of Stevie on your next ride and push a little deeper, jump a little farther, and enjoy every moment like it's your last.

Rob Parkin's video is one of our favourite ways to remember Stevie.

A clear and satisfying reminder of the mark he left, The Stevie Smith Legacy fund has raised $83,000. The bike park that bears his name is up and running and said to be a roaring success. Details on the park can be found here... There is a massive pumptrack made by velo solutions as well as jump lines and a BMX track.

There are many ways you can support the fun and support Stevie. We continue to sell Stevie Smith decals as well as Stevie Smith Mudders.

Raise a glass post ride in memory of Stevie!

This is a sad week… emotions I never knew I had… RIP Stevie.

Right in the feels again.