While pro slopestyle and freeride bikes are very much a niche market, there is a contingent of riders who want to ride the same bikes the pros do. It’s not uncommon for companies to develop and produce one-off frames for their athletes, which Trek has been doing with their team for the past decade.

However, along with this one-off practice comes a complaint from consumers who see these athlete-only bikes as a kick in the pants. Having all their C3 team riders and the media in one place for Crankworx, Trek launched a new program today: Race Shop Limited. The new program will see limited runs of four frames produced in Fall 2013 and Spring 2014.

The first Race Shop Limited bike to see production will be the Ticket S, a 100mm slopestyle frame in black on black. A long way from its roots as a chopped up Session 77 in 2004, the Ticket S has a 400mm chainstay and all the features of Trek’s other full suspension bikes: ABP concentric rear pivot; Mino Link adjustable geometry; 142×12 rear end, tapered head tube… the list goes on. The Ticket S will be available in a limited run of 125 units in November 2013 and will go for $1500 frame only. 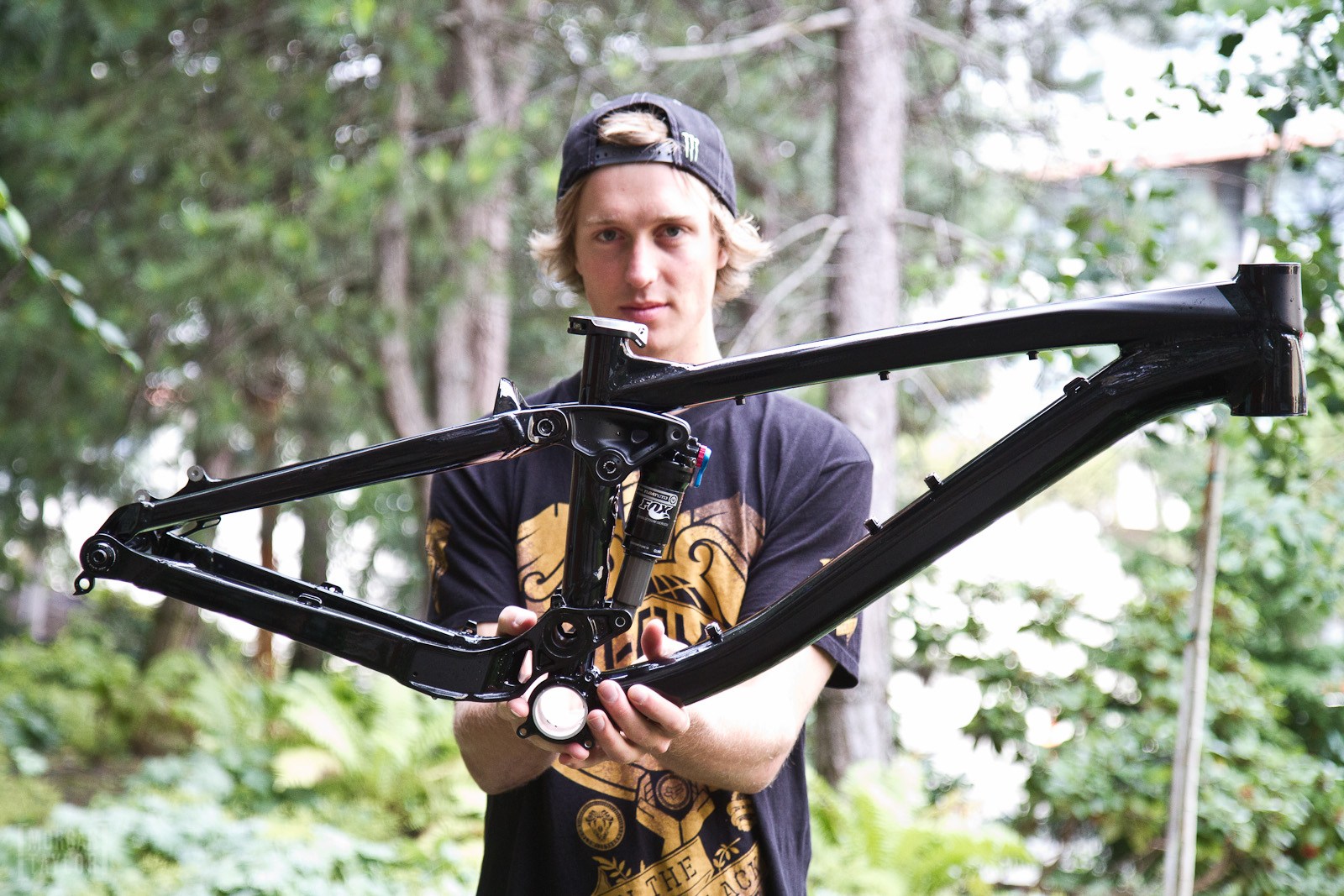 Brett Rheeder shows off the Ticket S in black on black. 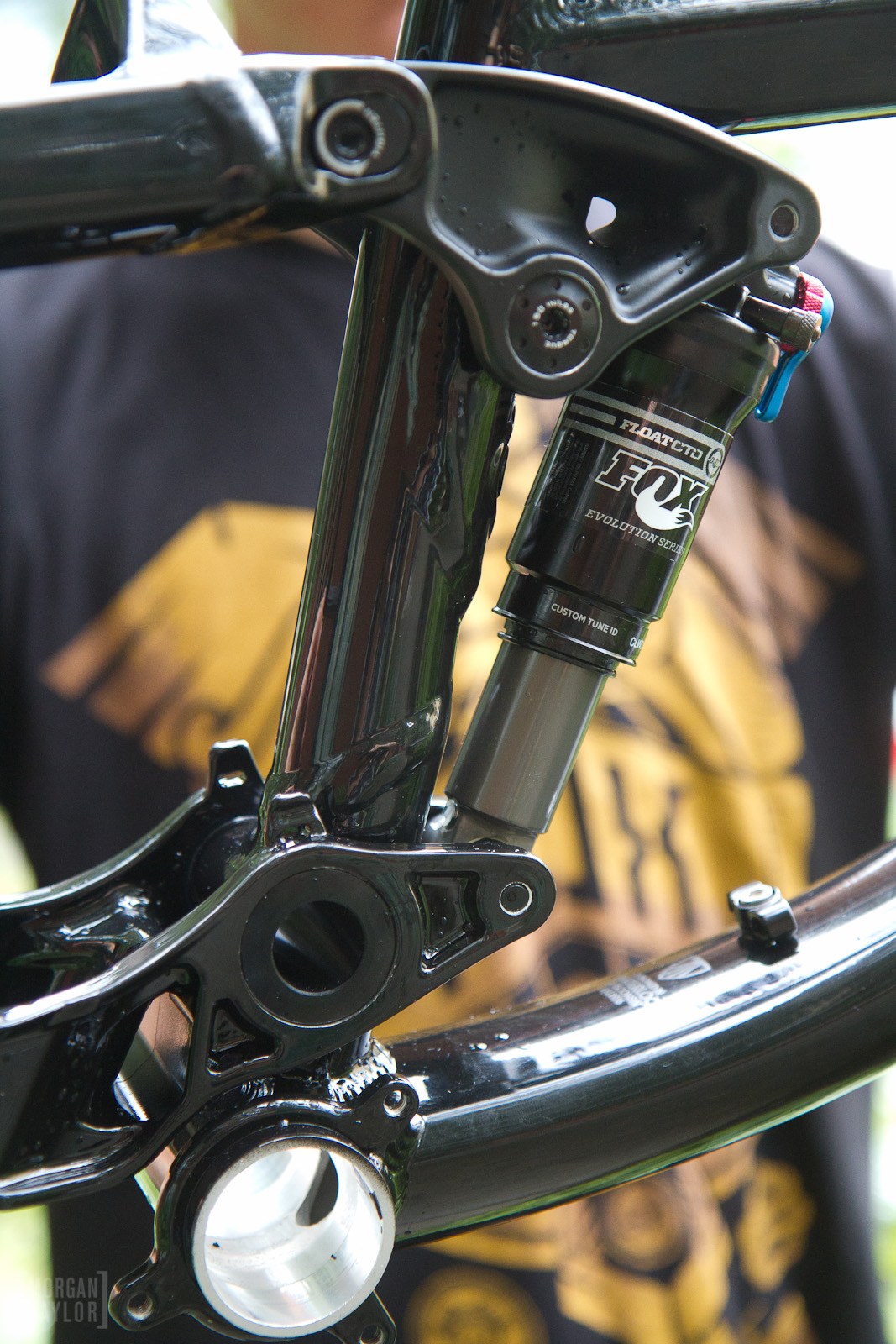 Along with the all black version, Trek plans to produce limited numbers of athlete signature models. First up will be Ryan Howard’s stars and stripes theme Ticket S, with a bit of Evel Knievel flair and that patriotic feel. Painted by the same people who take care of coatings in Trek’s Project One custom paint program, the Rider Limited Editions will be painted in Trek’s Waterloo Wisconsin facility. 50 of these frames will be available in Spring 2014 for the same price of $1500. 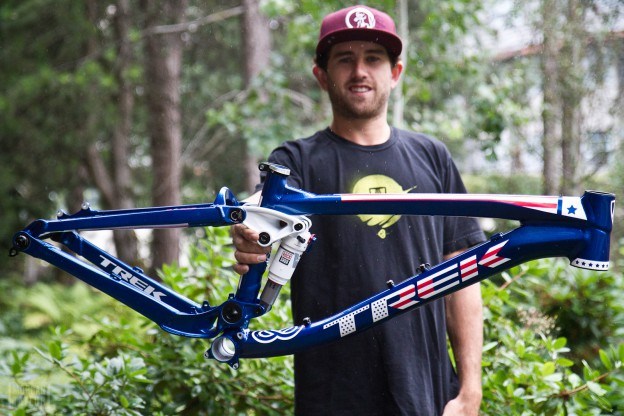 R-Dog with his signature model Ticket S. No word on when he’s jumping the Grand Canyon. 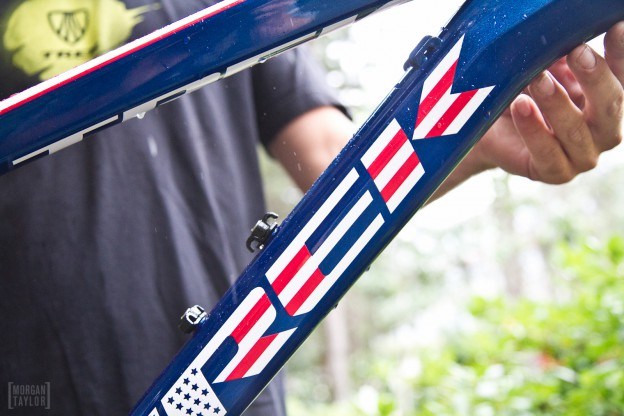 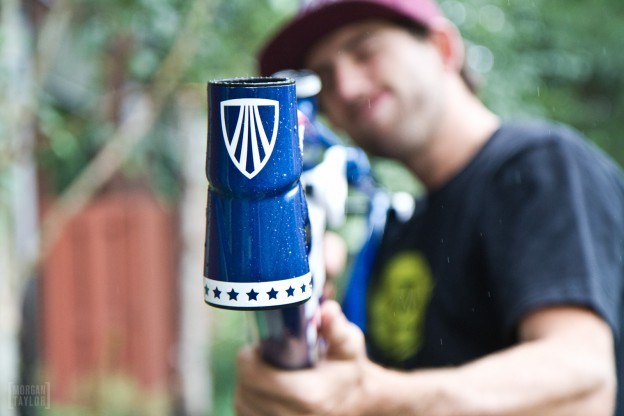 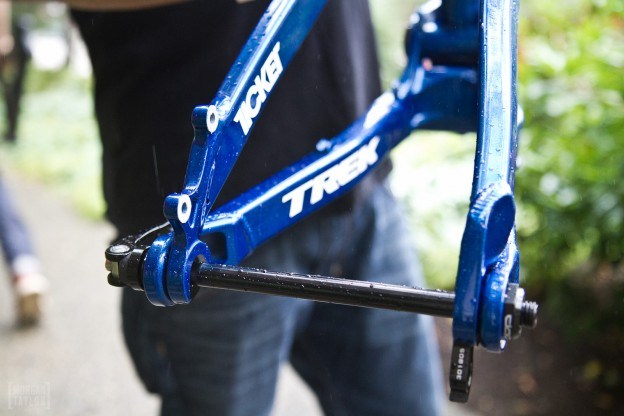 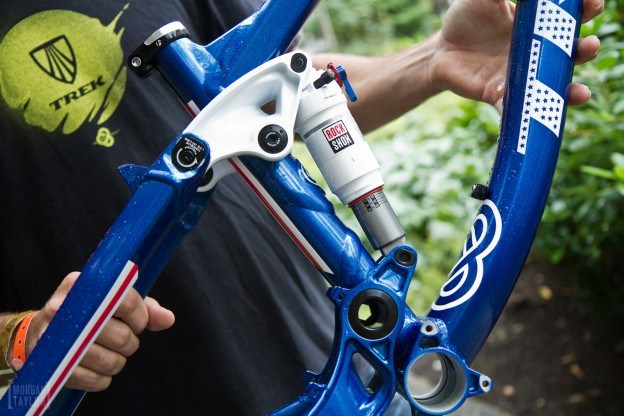 Mino Link adjustable geometry to tune the Ticket S for slopestyle use or 4X and dual slalom.

It’s no surprise that Brandon Semenuk and Brett Rheeder have been riding modified version’s of Trek’s successful DH race platform for big mountain contests like Rampage and Chatel. The Session Park sees its rear end shortened to 420mm (from 440) and a more progressive suspension curve. 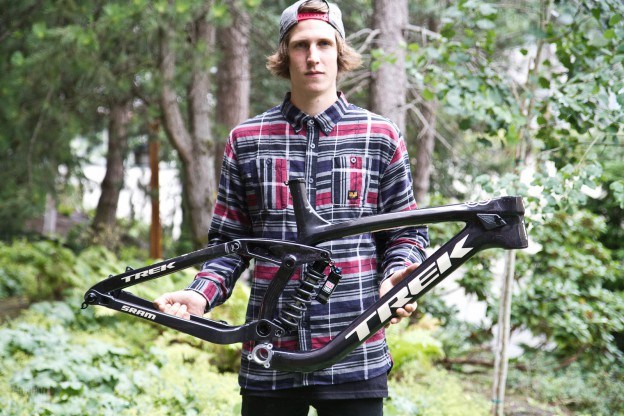 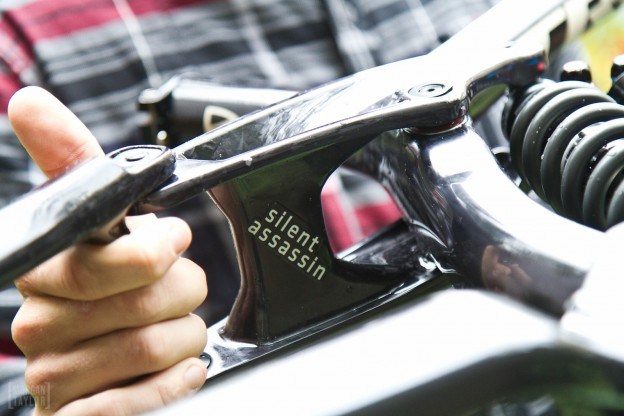 The Silent Assassin gives us the #notbad thumbs up. 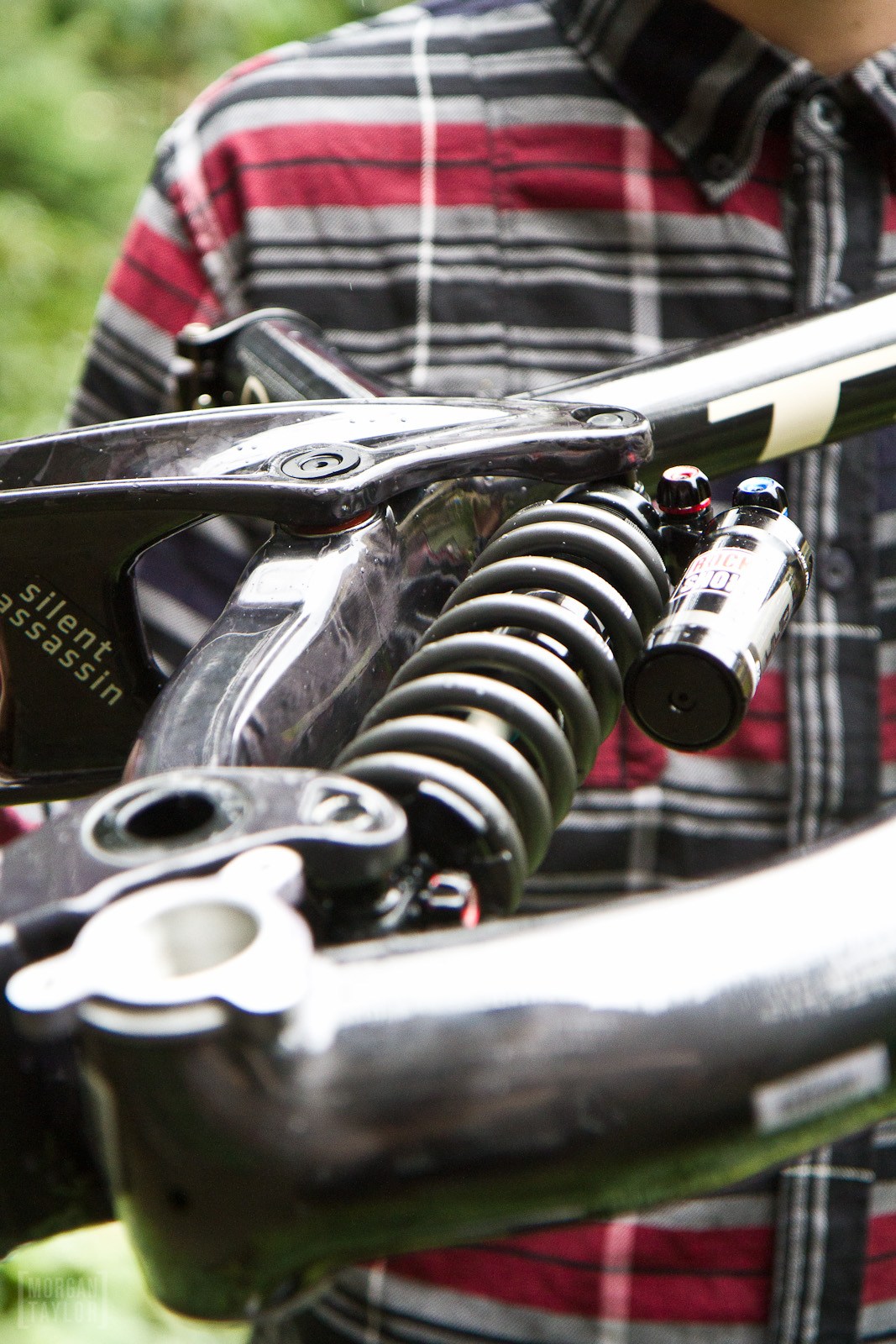 Vivid coil shock on the Session Park. Production models can be expected to have a Vivid Air.

Last but not least, the Ticket DJ hardtail is being re-introduced in the same black on black colour scheme as the Ticket S. With a 142×12 rear end and sliding dropouts, the Ticket DJ will likely sell out quickly. 100 units available Spring 2014 for $700. 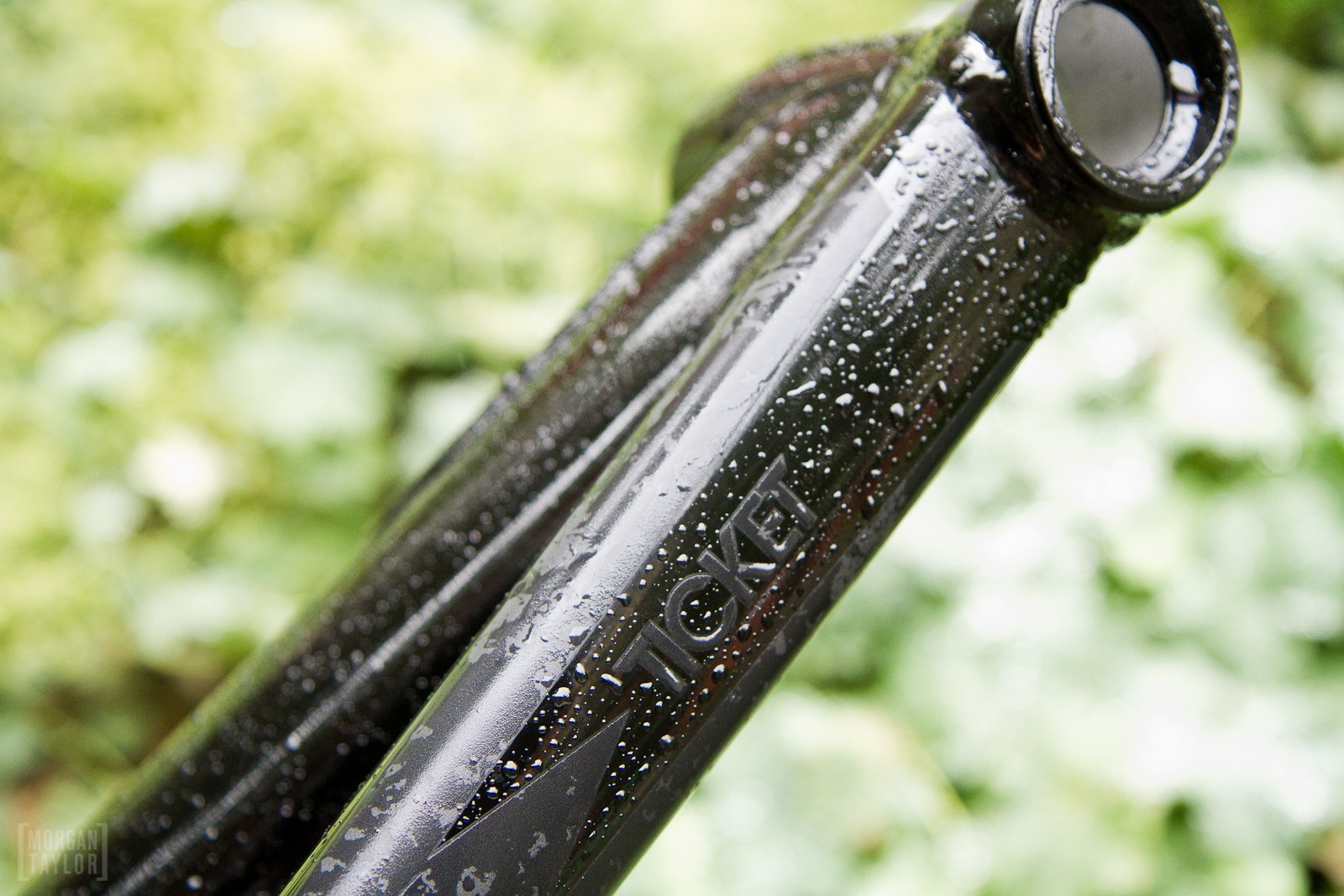 Black on black so you can put stickers of your choice all over it. 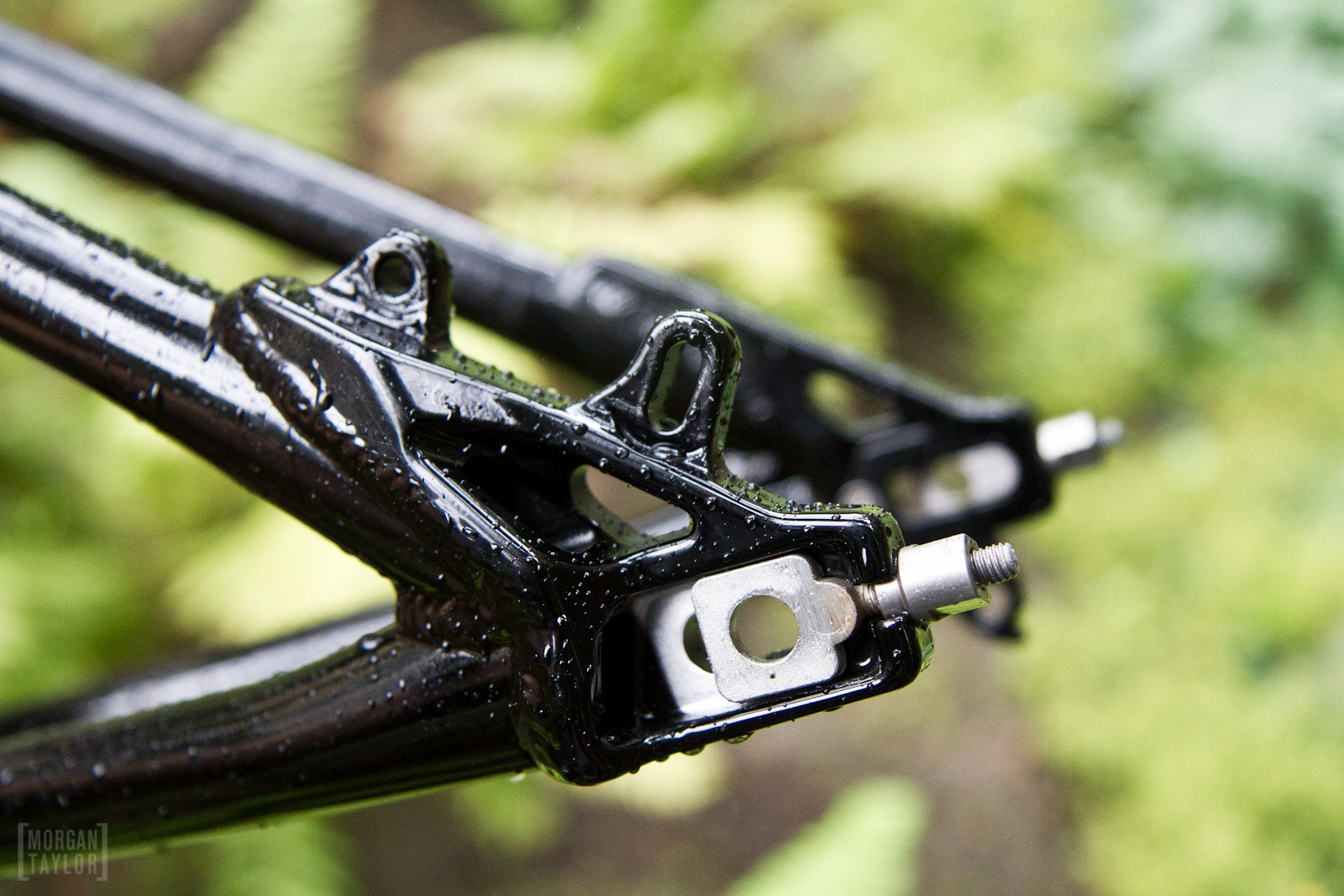 Are you part of the niche market for slope and freeride bikes, or are you going for longer stays?

No geo numbers given on the Ticket S? Love the flat black, I guess a black & yellow one for Semenuk?

I'll see if I can dig up geo numbers for you. Flat black is the standard Ticket S in production now. R-Dog gets the first Rider Limited Edition, who knows who's next after that. Can the Team America edition possibly be beat?

Pretty sure I saw Team America riding the slopestyle frame in the movie's behind the scenes bonus footage.