When Trek rolled out the new Slash 9 for 2014, there were several notable changes. It supplanted the Scratch (RIP) as Trek’s next offering down in travel from their DH specific Session; wheel size got a bump to 27.5; and geometry was updated, patterning the current refrain of lower, longer, and slacker. But there was one notable omission from the Slash line: Carbon. That all changed last week as Trek announced that they had put the finishing touches on the black magic Slash, rolling out two models for 2015: the Trek Slash 9.9 and 9.8, joining the alloy Slash 9 and Slash 8.

The AM/Enduro category has changed quickly, in large part because manufacturers are making great leaps in material and component technology and design that have made these bikes more capable and versatile than they were one or two years ago. Polishing a bike’s geometry and manners in alloy and then committing it to carbon molds after the fact is a sensible sequence, particularly for a large company like Trek. 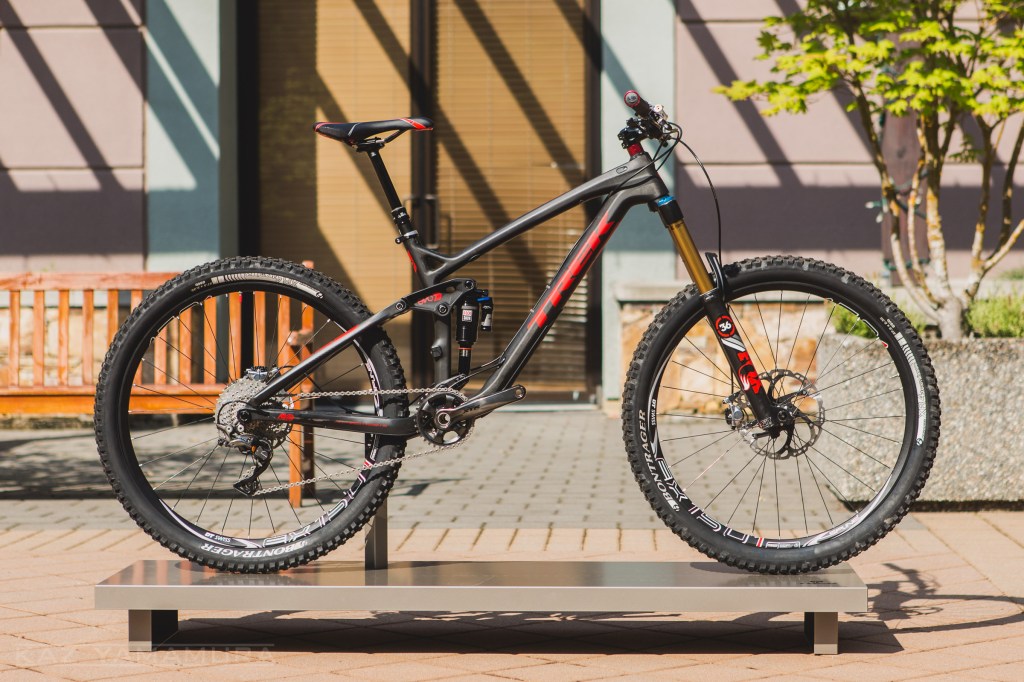 Using input from their deeply talented Enduro racers, Trek have now rolled out a 160mm travel Slash in carbon that looks up to the task of racing at the EWS level but also, more important for you and me, should be on the short list if you’re shopping for a new AM/Enduro whip that’ll climb efficiently but more importantly let you descend like there’s a mermaid waiting for you at the lake with a 6-pack and a steak on the grill. Or a merdude with veggie burgers. Wait – what’s the male equivalent of a mermaid?

So let’s talk about what we actually saw.The new Slash has an OCLV carbon frame (the 9.9 gets carbon seat and chain stays, the 9.8 gets carbon seat stays and alloy stays) that saves 627 grams / 1.4 lbs. over a 17.5″ alloy Slash, which was already capable of coming in under 28 lbs. 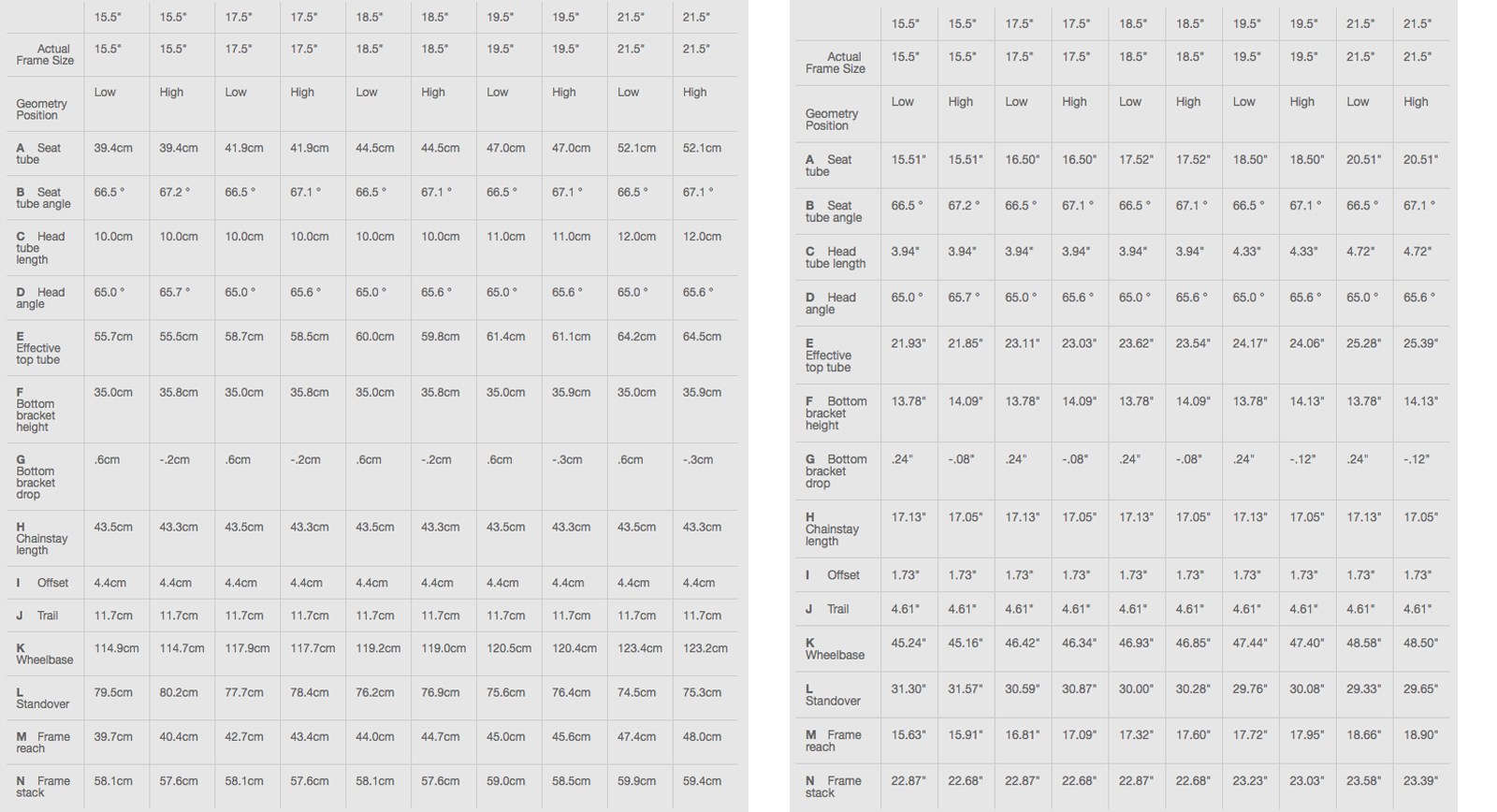 The Slash’s geometry mirrors what Trek released with the Slash update for 2014*: head angle is 65º, chain stays a hair over 17″, effective top tube 23″ for a 17.5 frame size and going up about a half inch per frame size from there. *all numbers indicate the low/slack position, adjustable via the Slash’s Mino Link

The geometry is now exactly as René Wildhaber likes it (at least for now), but Trek candidly explained that René had been tinkering extensively with his old Slash to get it right, using easy mods like angle sets for a slacker head tube, but getting murkier with different shock stroke lengths to try to lengthen and lower the bike as well. As of today, he’s a happy guy, and his 2014 EWS season has produced solid results.

So what’s draped on the two new Slashes? The 9.9 and 9.8 come in quite different builds, and their prices reflect that at USD $8399 and $5599, respectively. Shared between them is Rock Shox’s excellent new Monarch Plus RC3 DebonAir, representing a move away from their cooperation with Fox on the DRCV platform. Trek was reticent to move away from DRCV until they found a shock with which they could very closely repeat the spring curve – the Debonair does that, and also  comes with a piggyback reservoir to help deal with the heat that builds up with the long descents the Slash needs to handle. 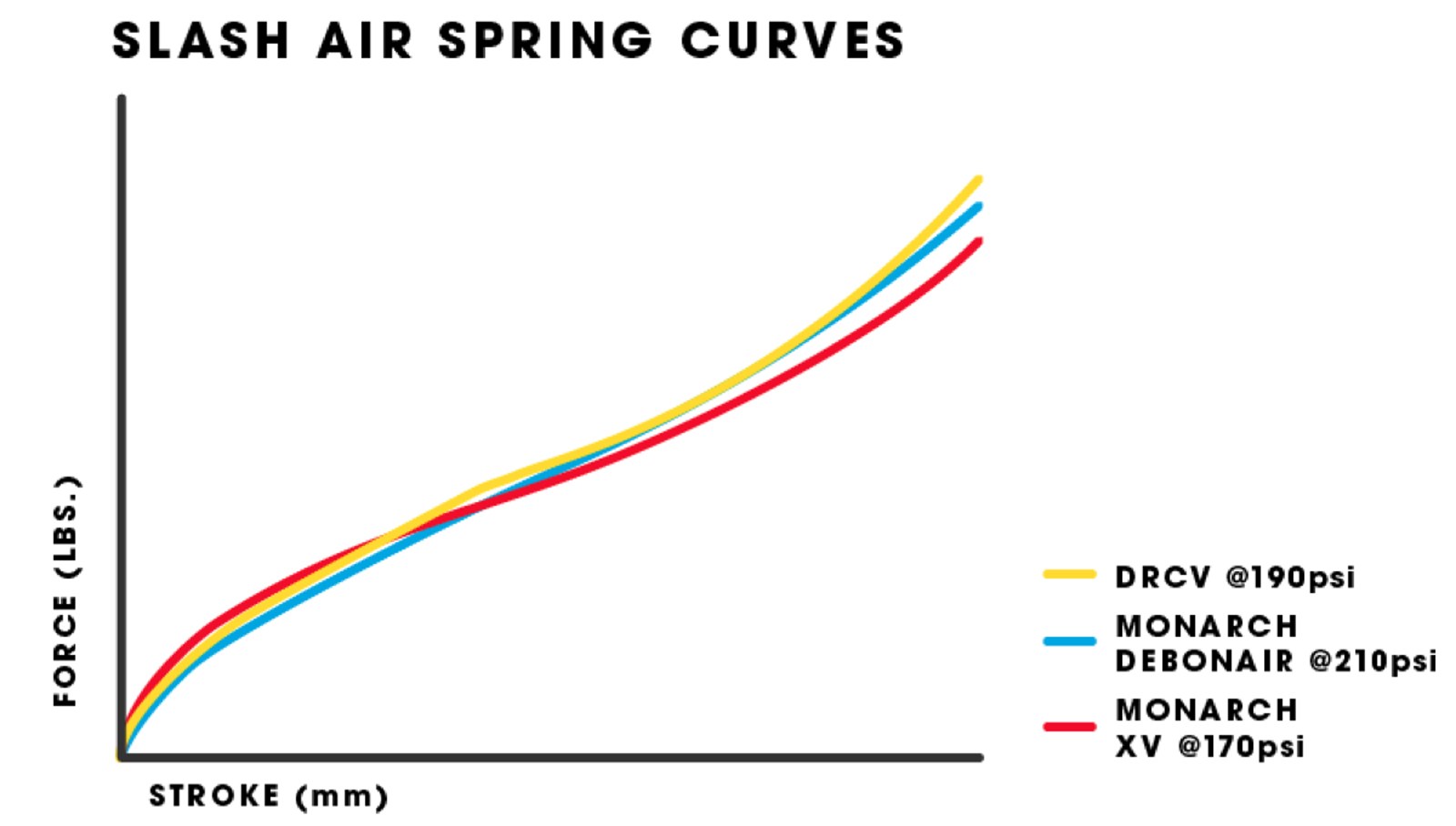 Trek wanted to use a piggyback reservoir and replicate the spring curve of their DRCV technology. The Monarch Plus Debonair was the first shock that satisfied their criteria. No, we can’t add the X and Y axis values for you. 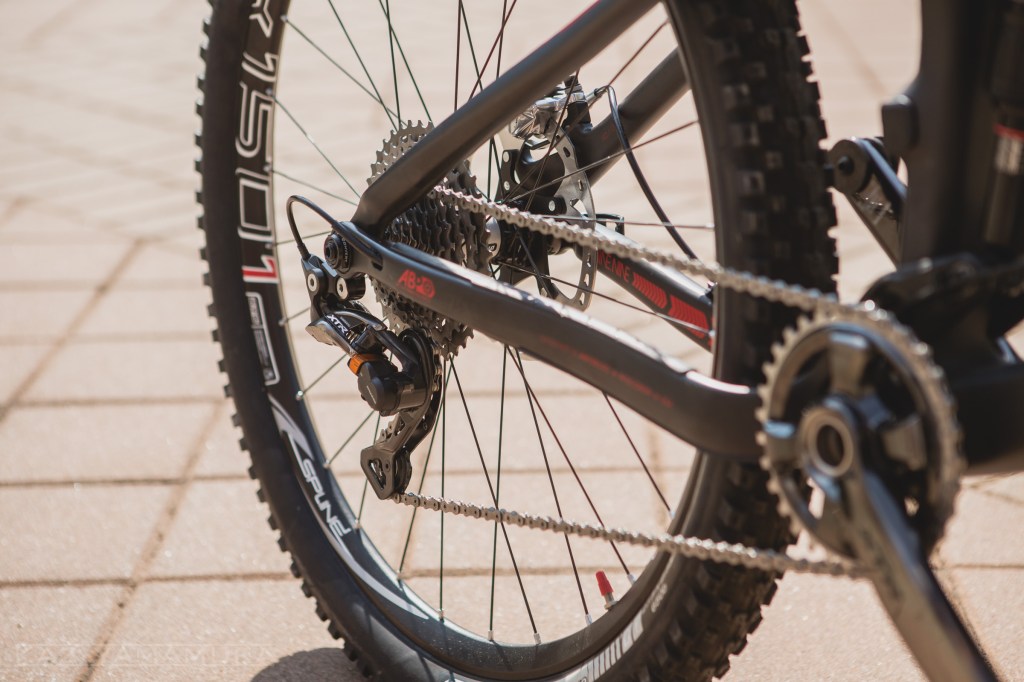 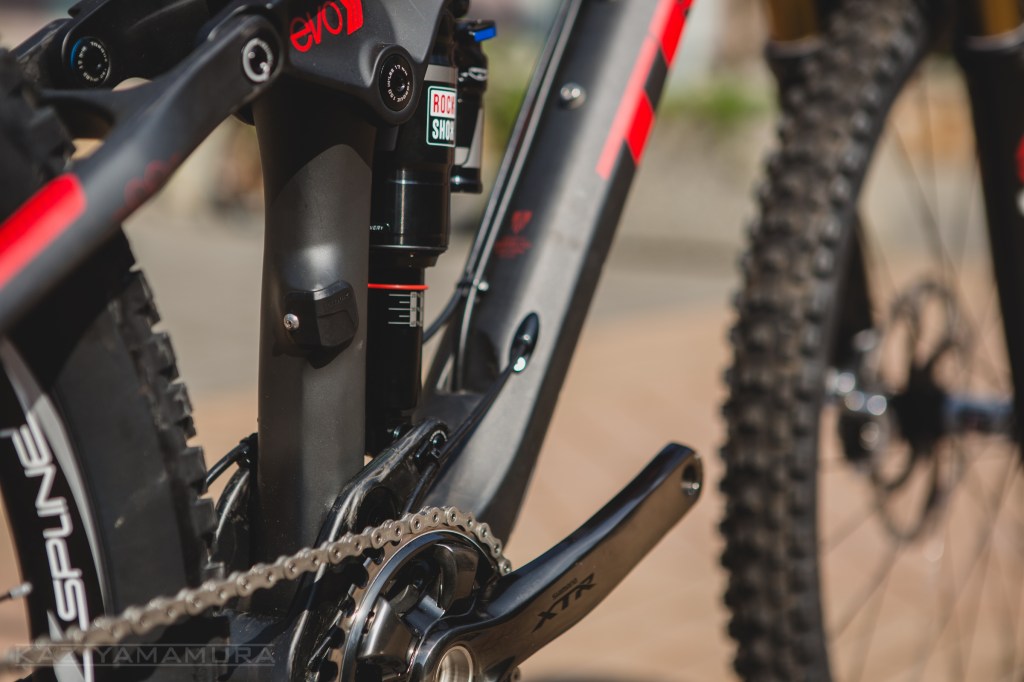 If you wanted to, you can still mount a front derailleur. The Mino Link is located at where the chain stay meets the EVO rocker link (top left in the image). 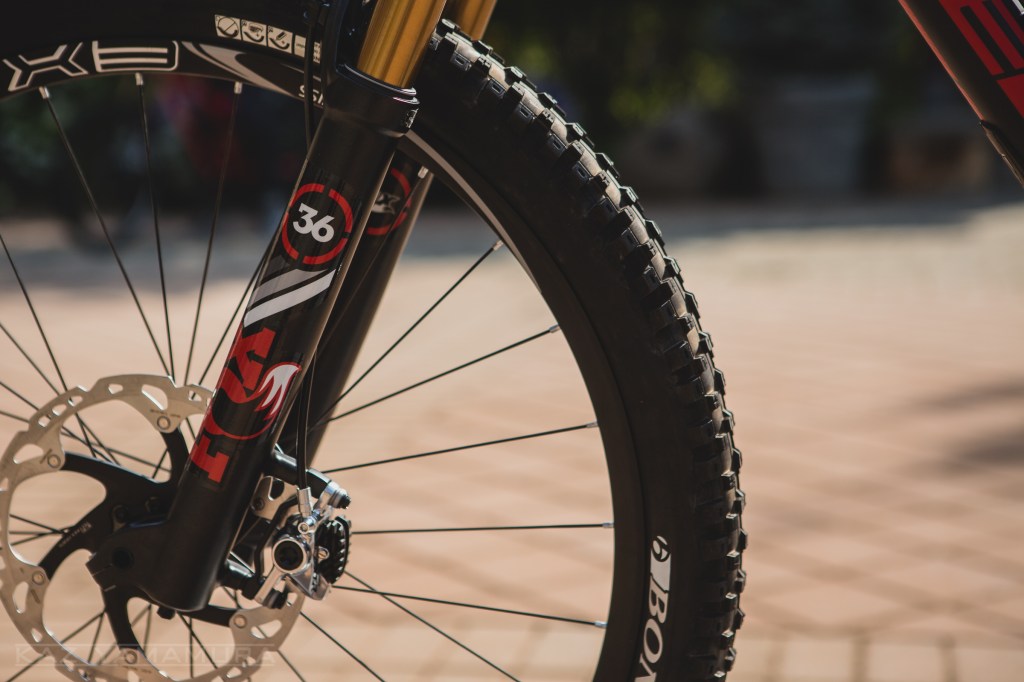 Fox’s 2015 36 RC2 Fit is re-establishing their place among the best in long travel single crown fork producers – and not a moment too soon. 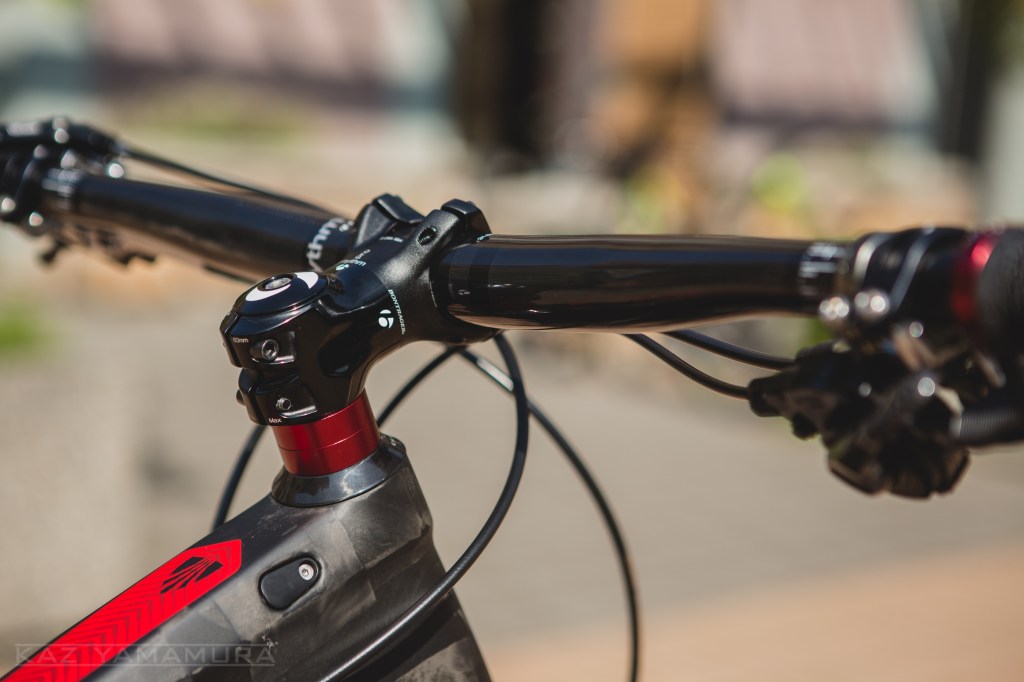 Short stems and wide bars across the board for the Slash. Internal cable routing also figures prominently. 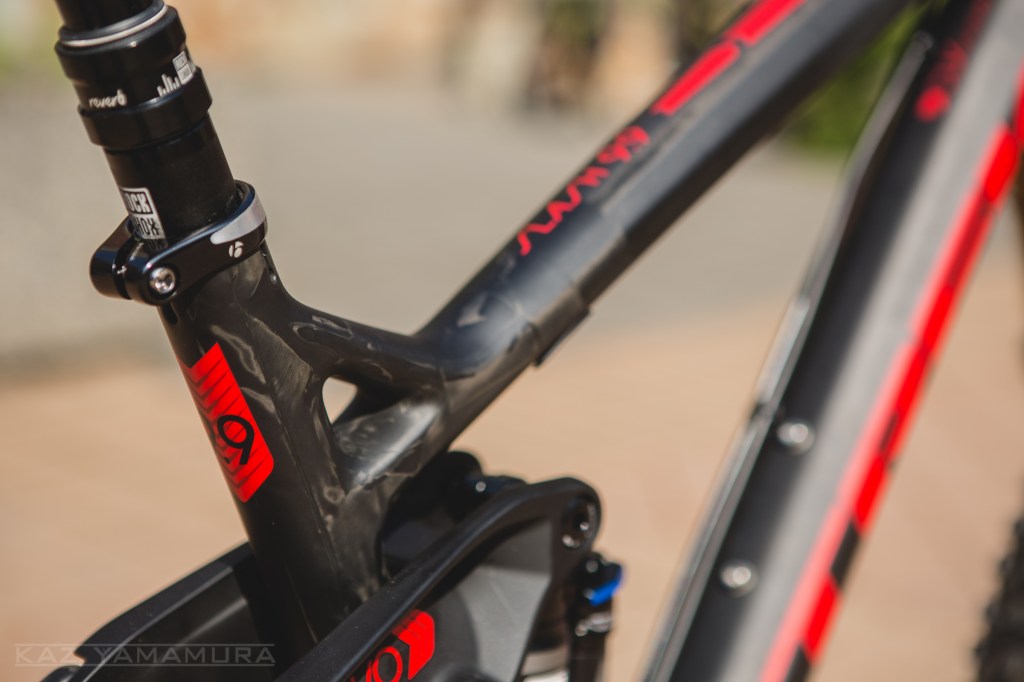 Once you use a Reverb Stealth, you may be ruined. Fewer visible cables may seem like a small quality of life improvement, but they all add up. 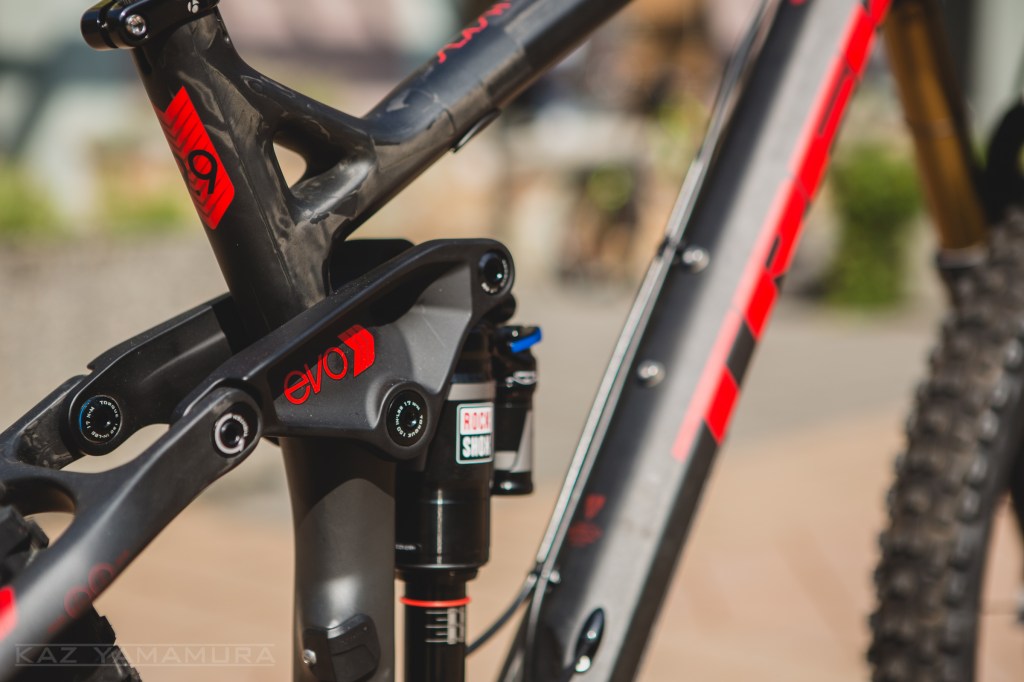 The lines on the Carbon Slash are typical Trek: clean and utilitarian rather than flashy or artsy. It works. Just like that small seat tube brace, which won’t affect the feeling of having very little between you and a low-slung top tube. 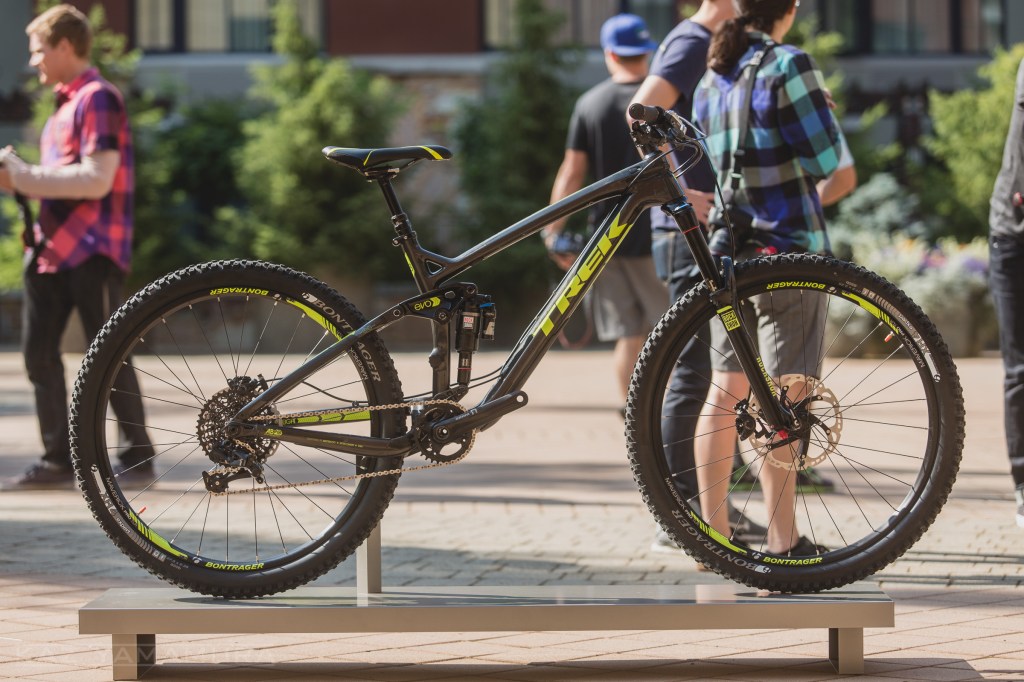 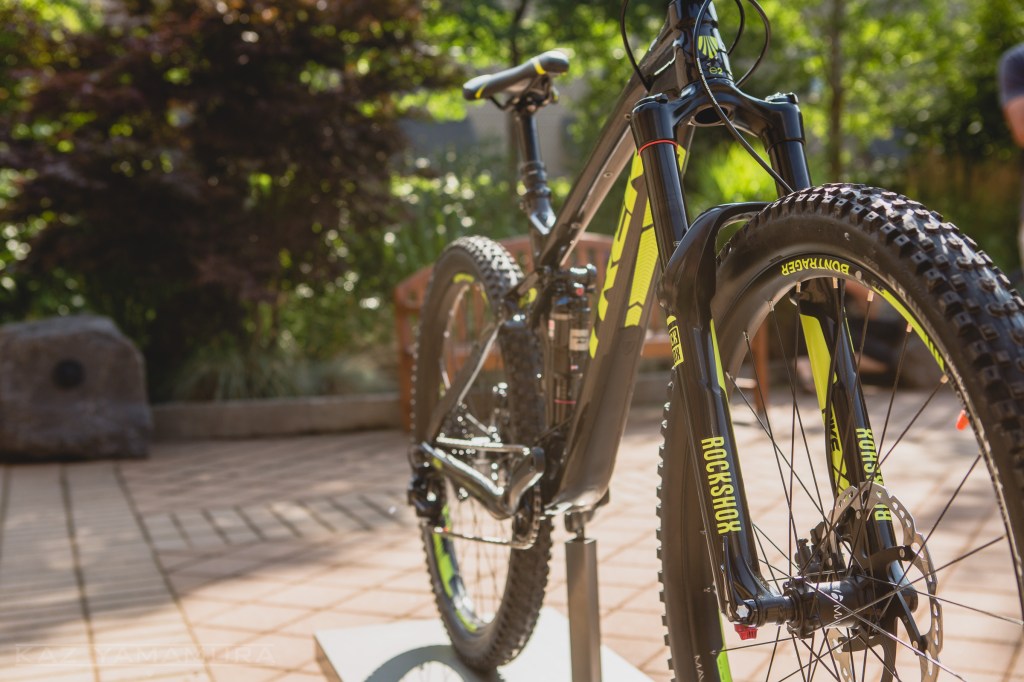 The Slash 9.8 is spec’d almost entirely with SRAM/Rock Shox bits. No complaints. 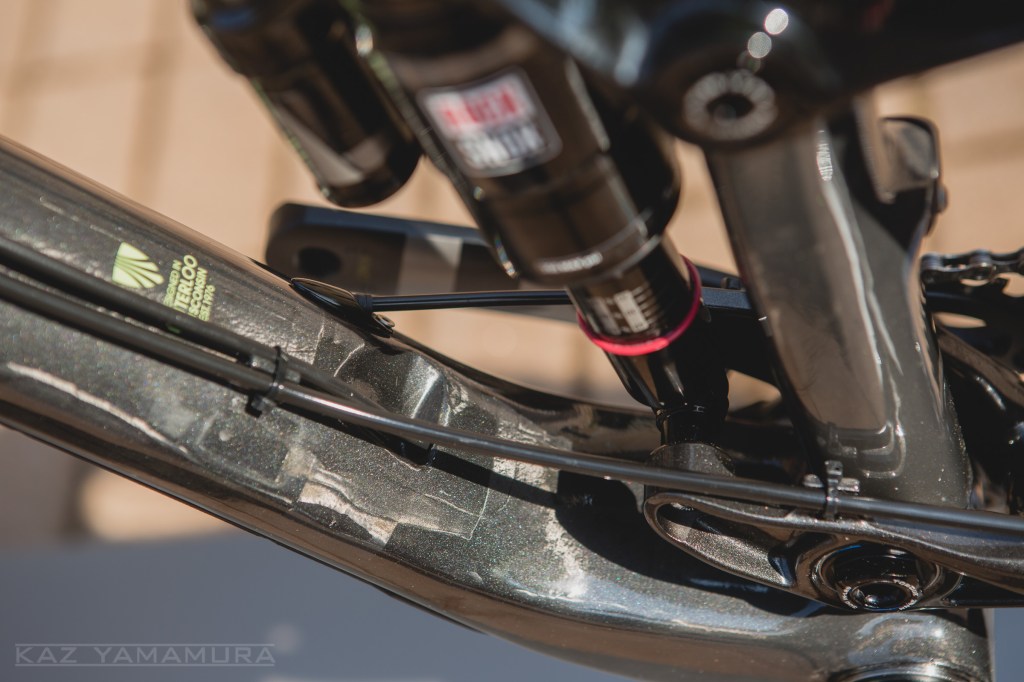 You send the left one in, you take the right one out… 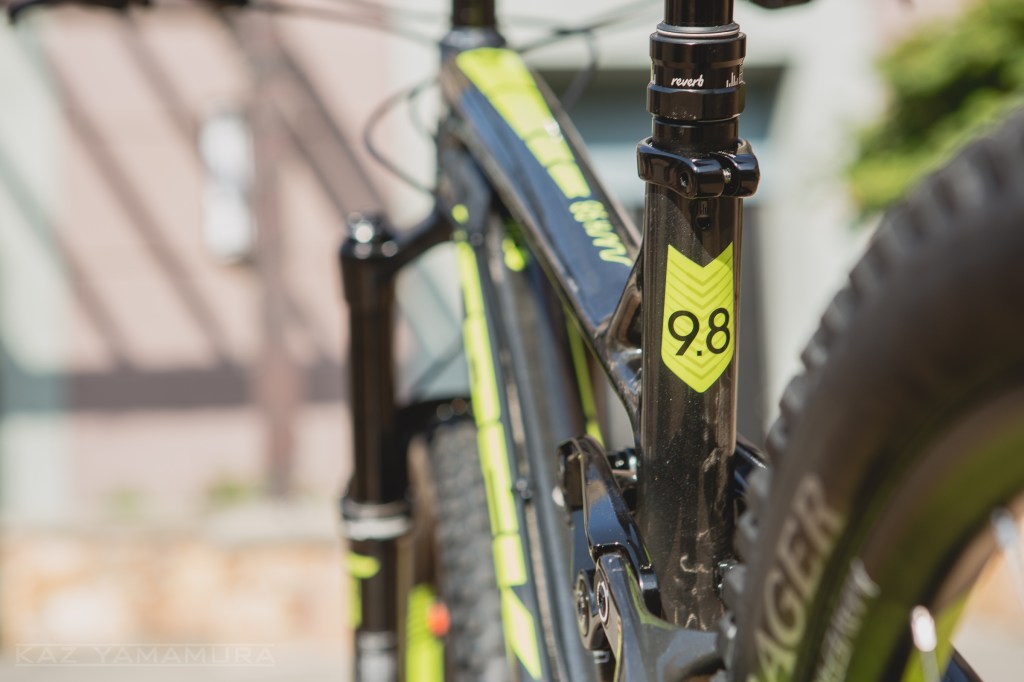 For under $6k, the Slash 9.8 is pretty good value. Yes, yes, that’s still tons of cash, but this isn’t exactly a compromise in terms of design, frame construction, or spec. 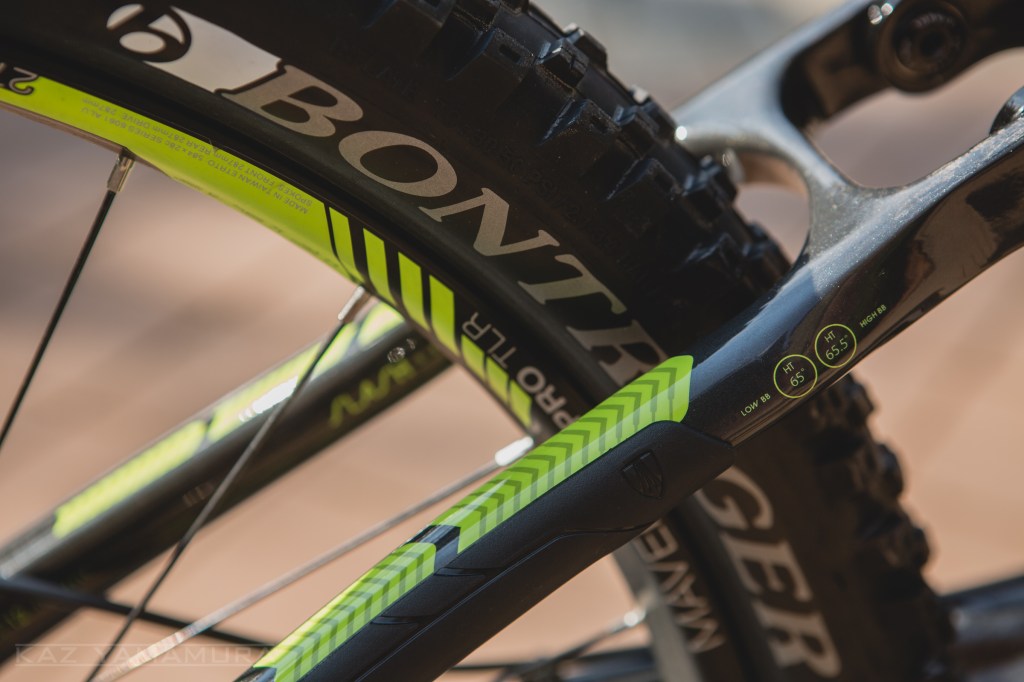 Little Mino Link details, and a seat stay arch to keep things stiff back there while you’re chasing the mermaid. 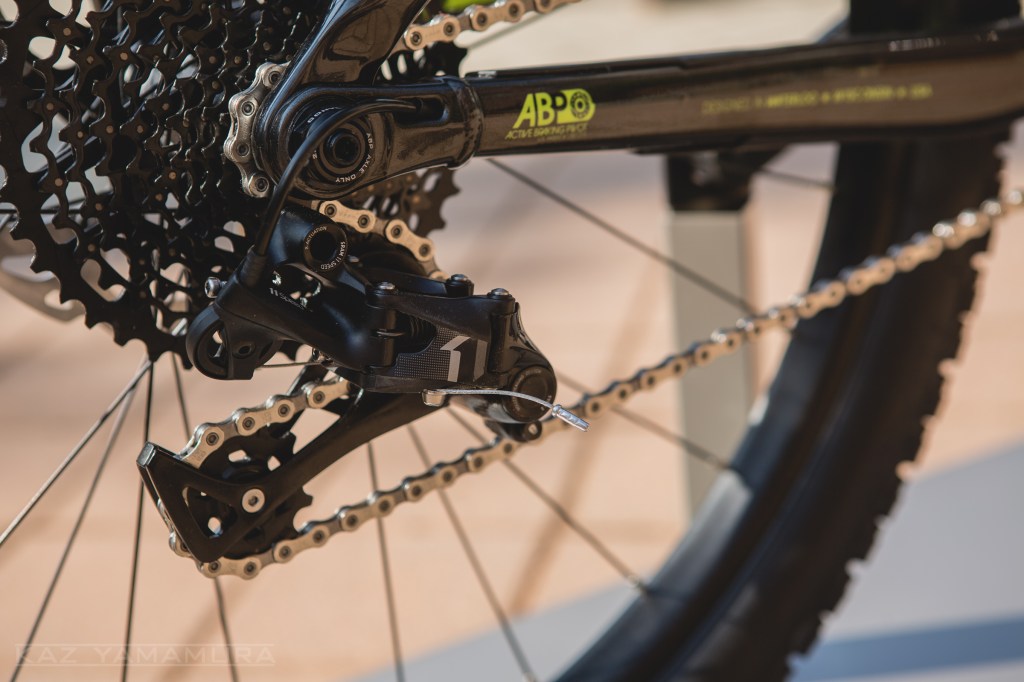 While the 9.9 gets carbon chain and seat stays, the 9.8 gets carbon in the seat stays only. Either way, that’s a clean looking tail. 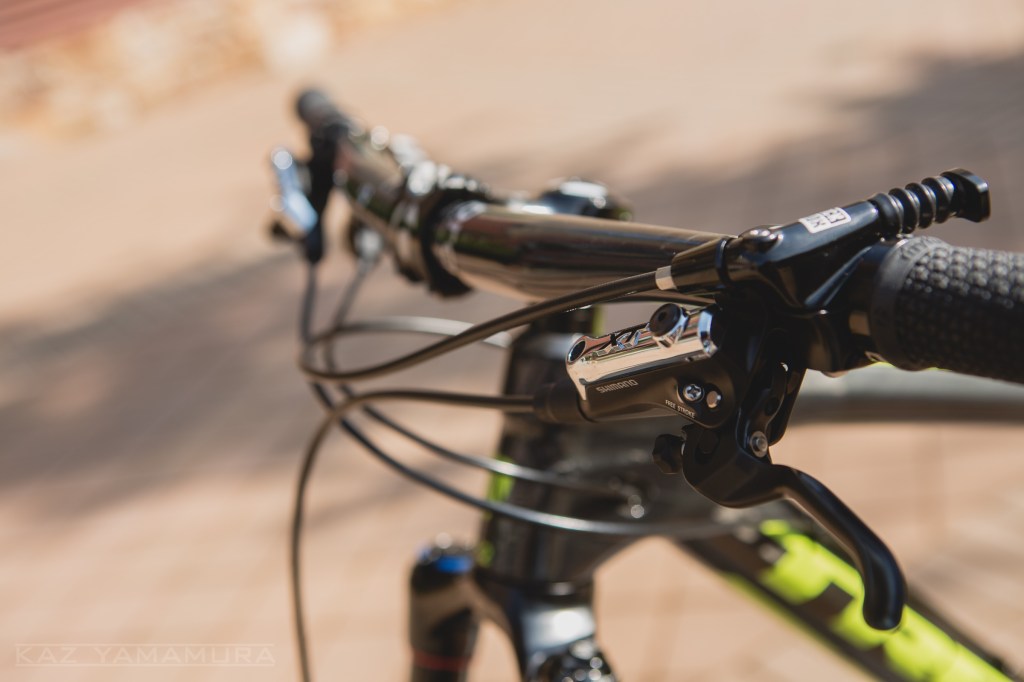 Ok, we lied. The 9.8 has one piece of Shimano spec: XT brakes. No turkey-gobbling outta you! 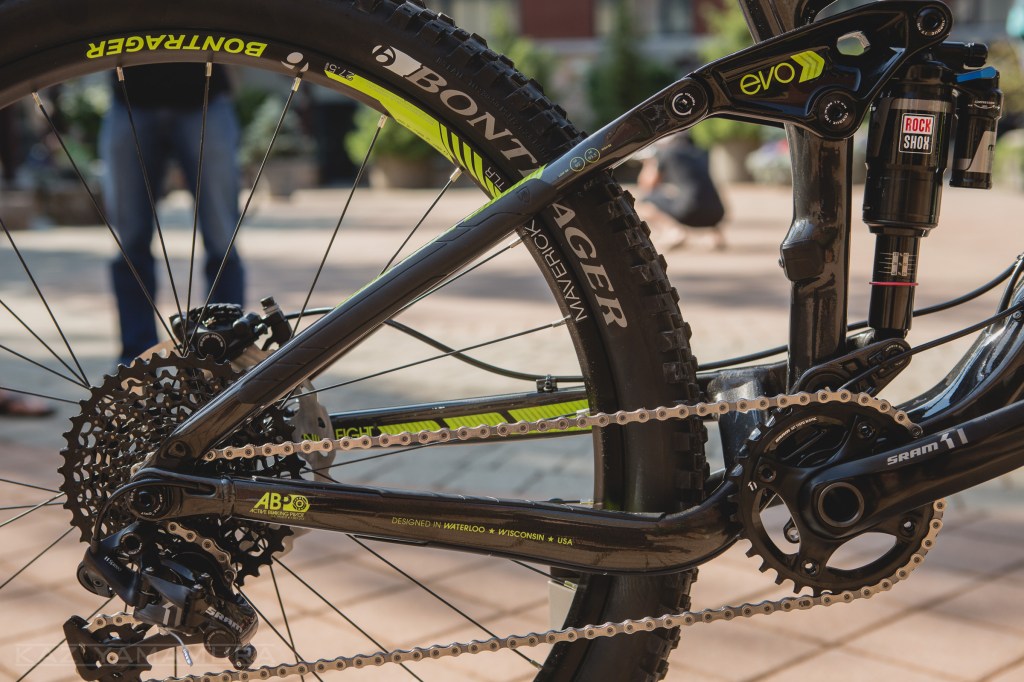 A look at the whole back end. Would you want a black chain and rotor, or are you happy with a little contrast? 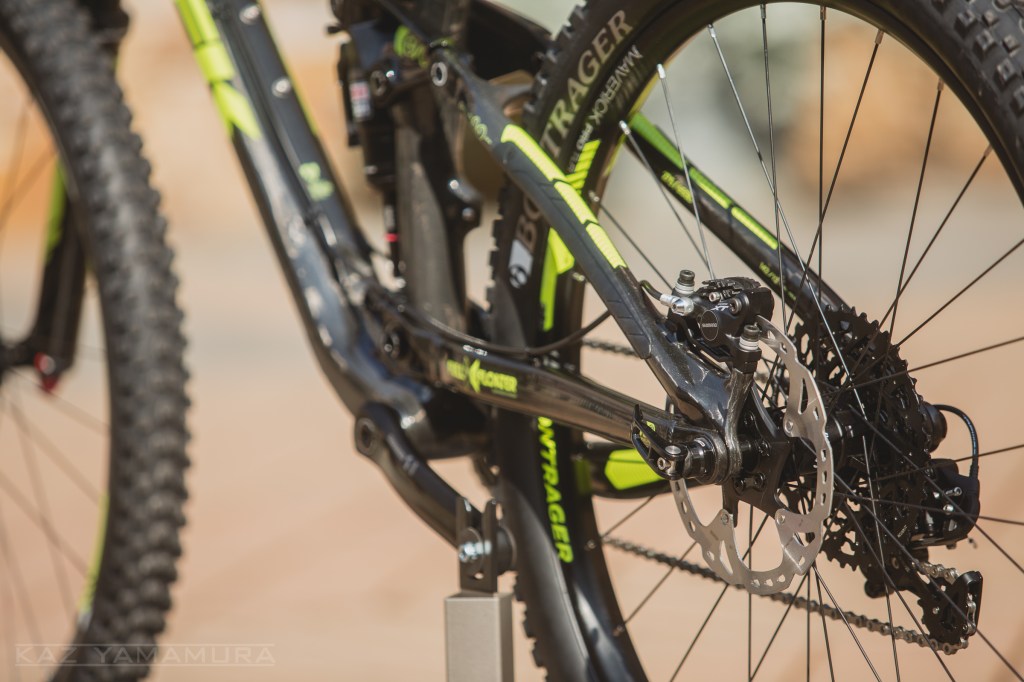 We’re getting a Slash Carbon tester soon. You’ll be the first to know all about it.

So do all split pivots have that Weagle widget inside?

What is this in reference to? Trek's ABP is not a Weagle patent.