It’s much harder than it looks. Actually finding talent isn’t that hard, but finding talent with some longevity, combined with the skills to help build your brand, is very difficult. Guided by Andrew Shandro’s laser beam for talent, Trek has built a group of athletes, and a culture, that seems to have had a distinct and positive influence on the product they sell. 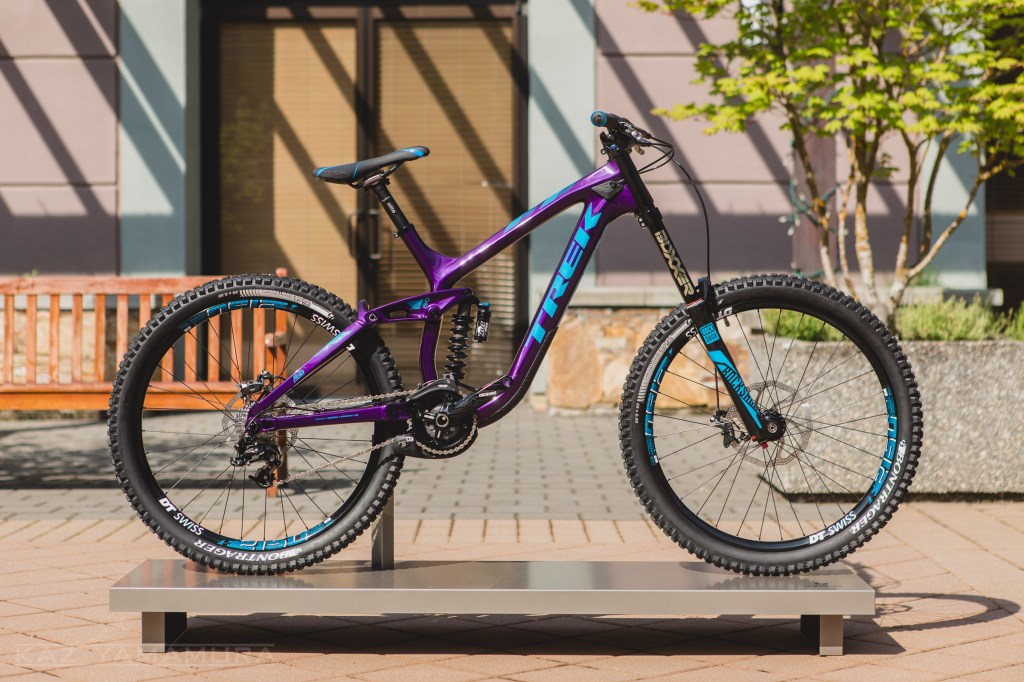 This is not a DH bike. It’s a park bike. Or a Rampage bike. At least under Brandon Semenuk it is. This is the Session 9.8 in OCLV carbon. The front triangle isn’t new. The geo has been tweaked to change the performance by altering the rear stays. The Mino Link allows you to alter the head angle from 63.6 to 64.2 degrees.

Riders like Cam McCaul, Brett Rheeder and of course Brandon Semenuk, have enough of a voice within the company to influence the creation of a bike that you could almost say is a new category. I know there have been bikes called park bikes, even named after trails in bike parks, but the Session Park, to me at least, is a fresh take on this razor thin slice of the market. 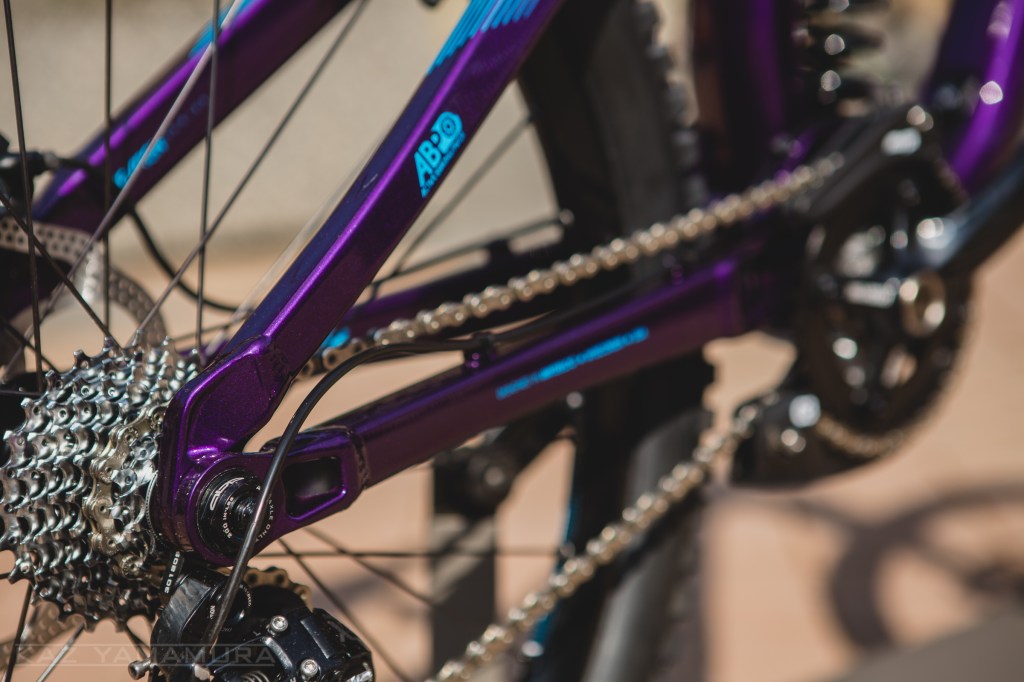 The Session Park comes equipped with the usual Trek suspension technology, including Active Braking Pivot, which places the rearmost pivot concentric with the rear axle, and Full Floater.

Park bikes are usually down spec DH sleds or beefed up ‘Freeride’ bikes (whatever that means). The Session Park, at least in its inspiration and target market, is neither. It’s a bike that could be made to go faster and to be more stable at speed. Tweaks could make it much better at handling a high velocity baby head section. But that isn’t what it’s about. 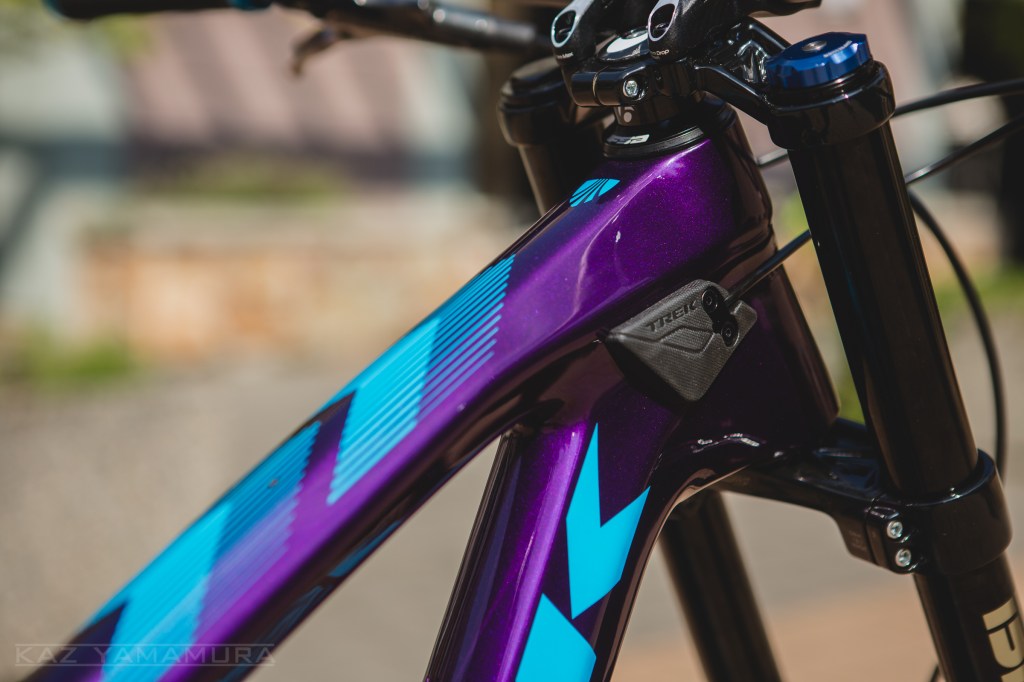 Internal cables. So hot right now. And for good reason.

The Session Park is a dual crown DH bike made to be nimble. Made to pop off lips so you can “get into your trick right away” in the words of Brandon Semenuk. And it’s a bike for the Redbull Rampage. Short stays, reduced rear travel (to 190mm), suspension that is more progressive… and 26″ wheels, are not necessarily what the public has been asking for. This is the bike, the company tells us, that Trek’s C3 riders have been asking for. Maybe the public, or this small but rowdy segment at least, didn’t know they wanted it. Or at least not yet. 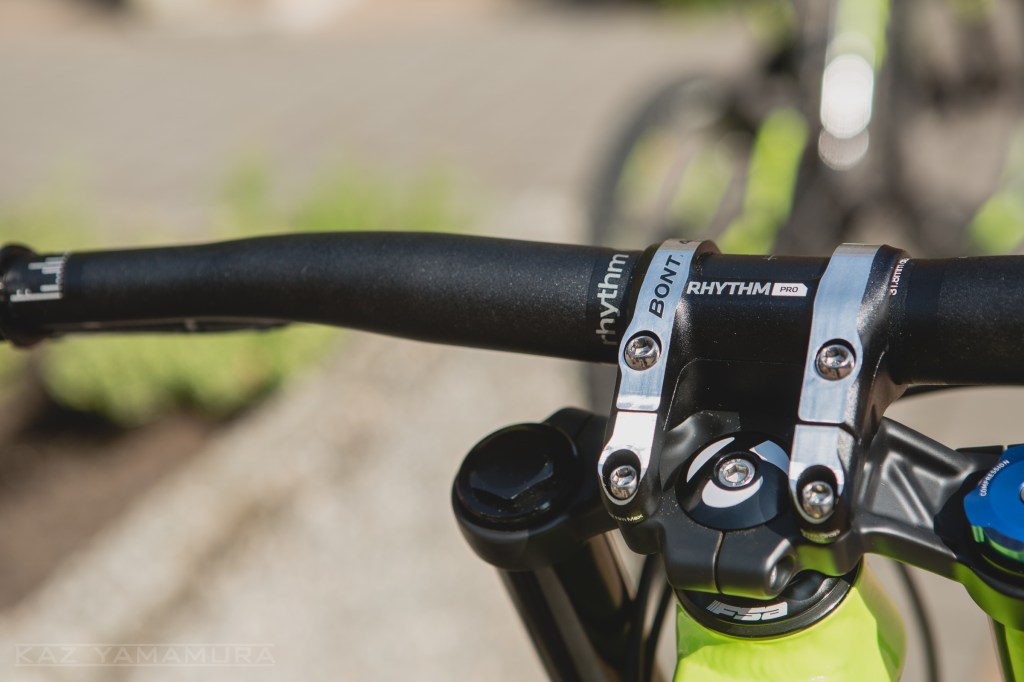 I’m sure some internet hero is going to pull up a bike from five years ago, or last year, and lay down some figures that tell me this bike was made by several companies before. Some large and some small. That’s not the point. The point is that Trek is telling us this bike was deliberately engineered to go big rather than to go fast. It’s not a downspec bike and it comes in OCLV carbon and aluminum. It’s meant to be slack but nimble, fast but poppy, forgiving yet responsive. But not as fast or forgiving as the Session DH. 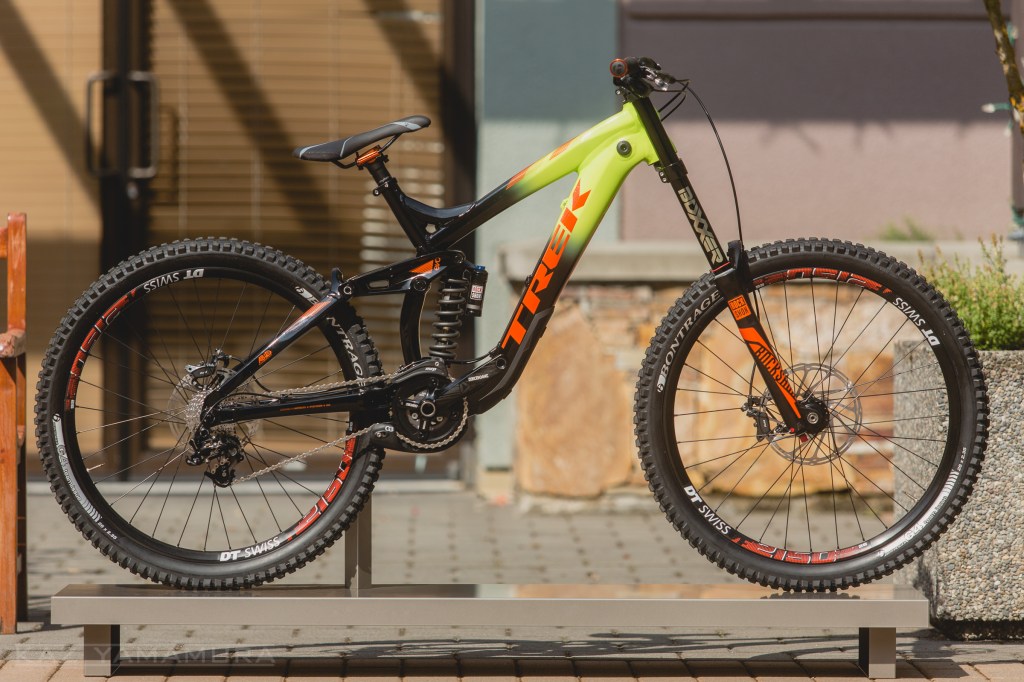 The Session Park’s chainstays have been reduced to 420mm. Early release models will be available in Washington and Colorado. Or Cali if you have a prescription. Aluminum Session 8 Park shown here. 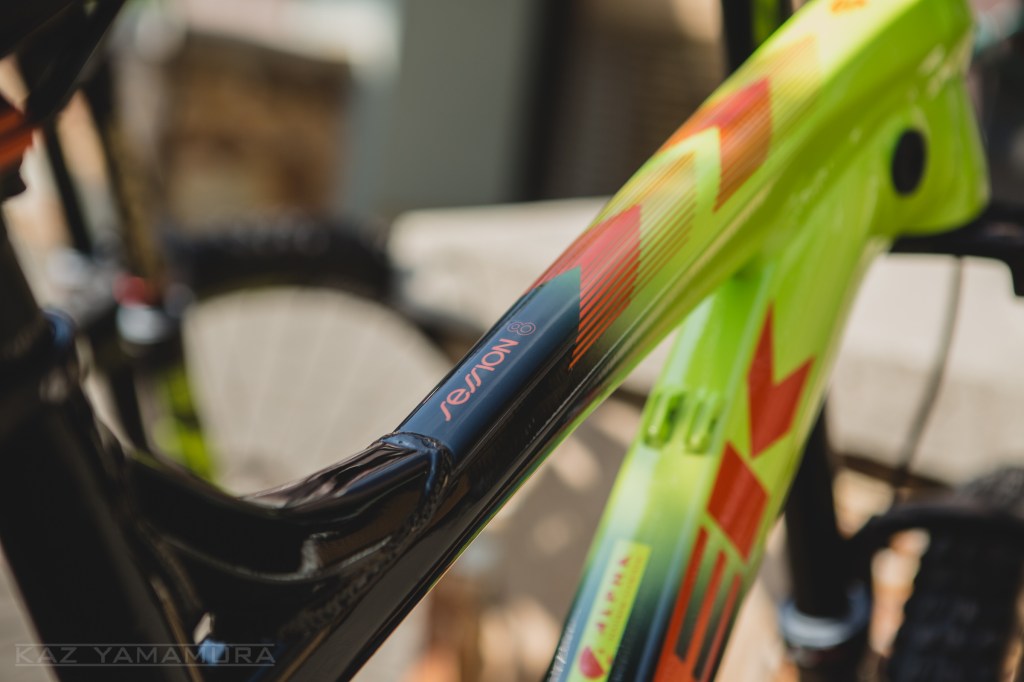 Sometimes retro appeals, but this one landed a little flat for me. It’s a scheme I’d rather not remember. 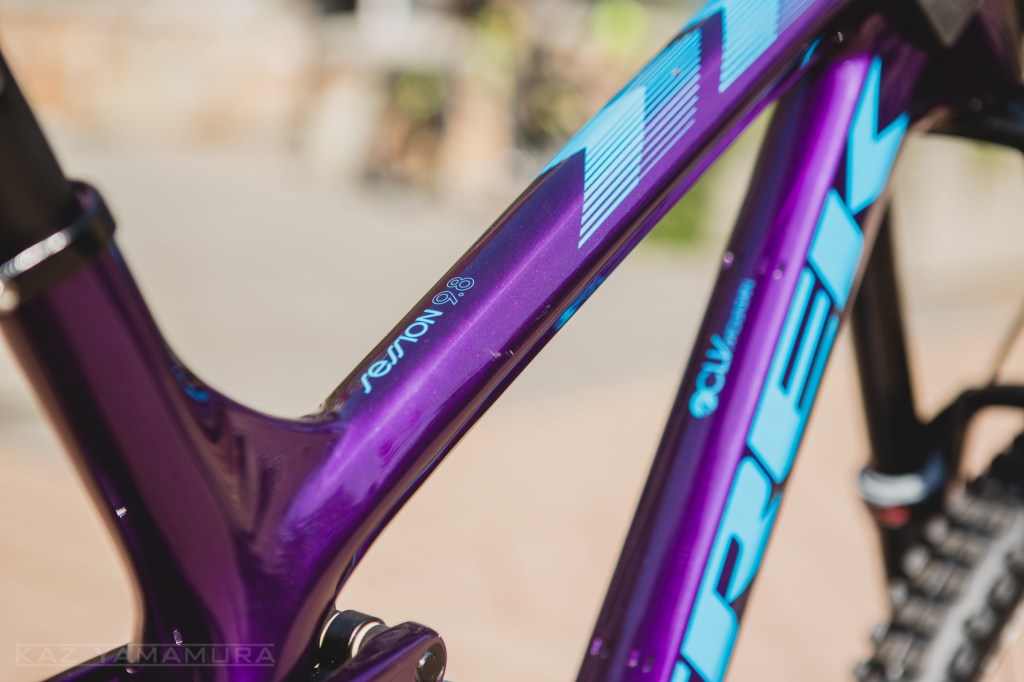 I’m partial to the purple paint. Park bikes have never been this pretty. 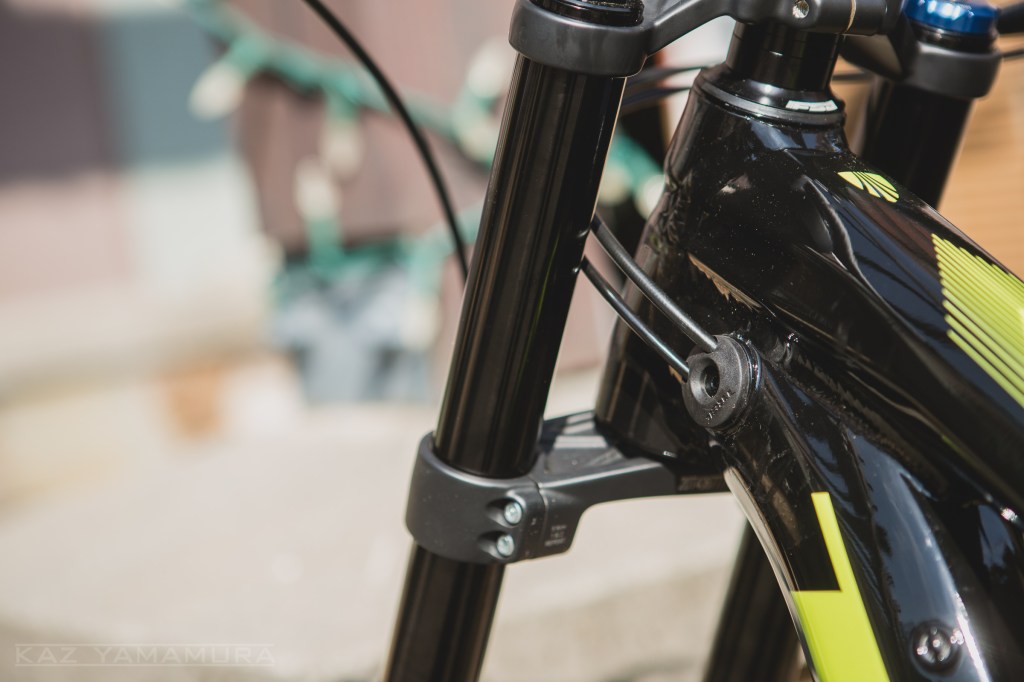 It’s all about integration. The entry for the internal cable housing doubles as a frame bumper. That’s magic. 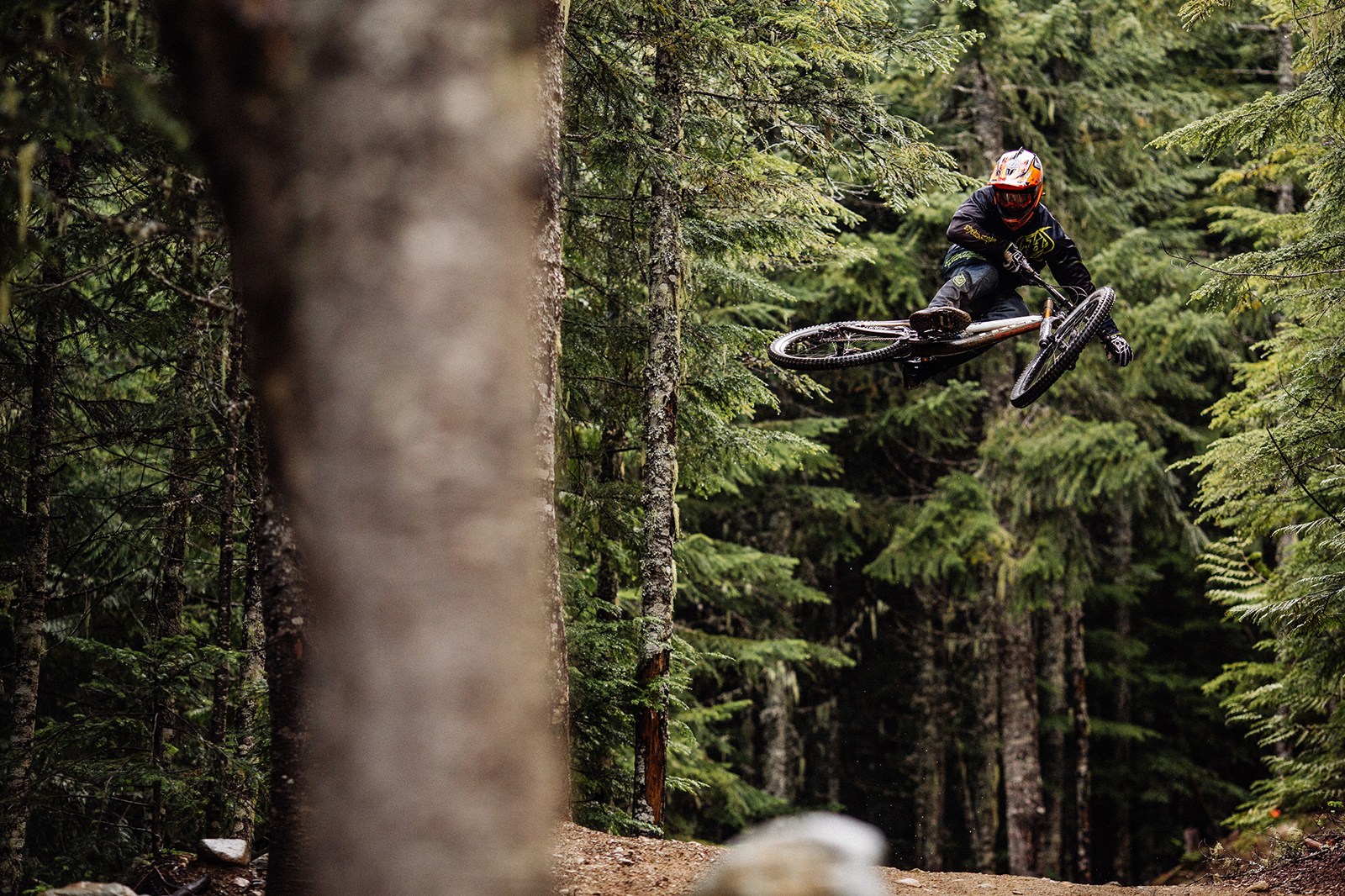 The Session isn’t a new bike from head to hanger – and it was available as a frame last year – but producing two complete bikes signals a commitment to this oft-neglected market segment. The front end and rocker link were appropriated from the existing Session. Manipulating the seat and chainstays produced the changes the riders wanted. 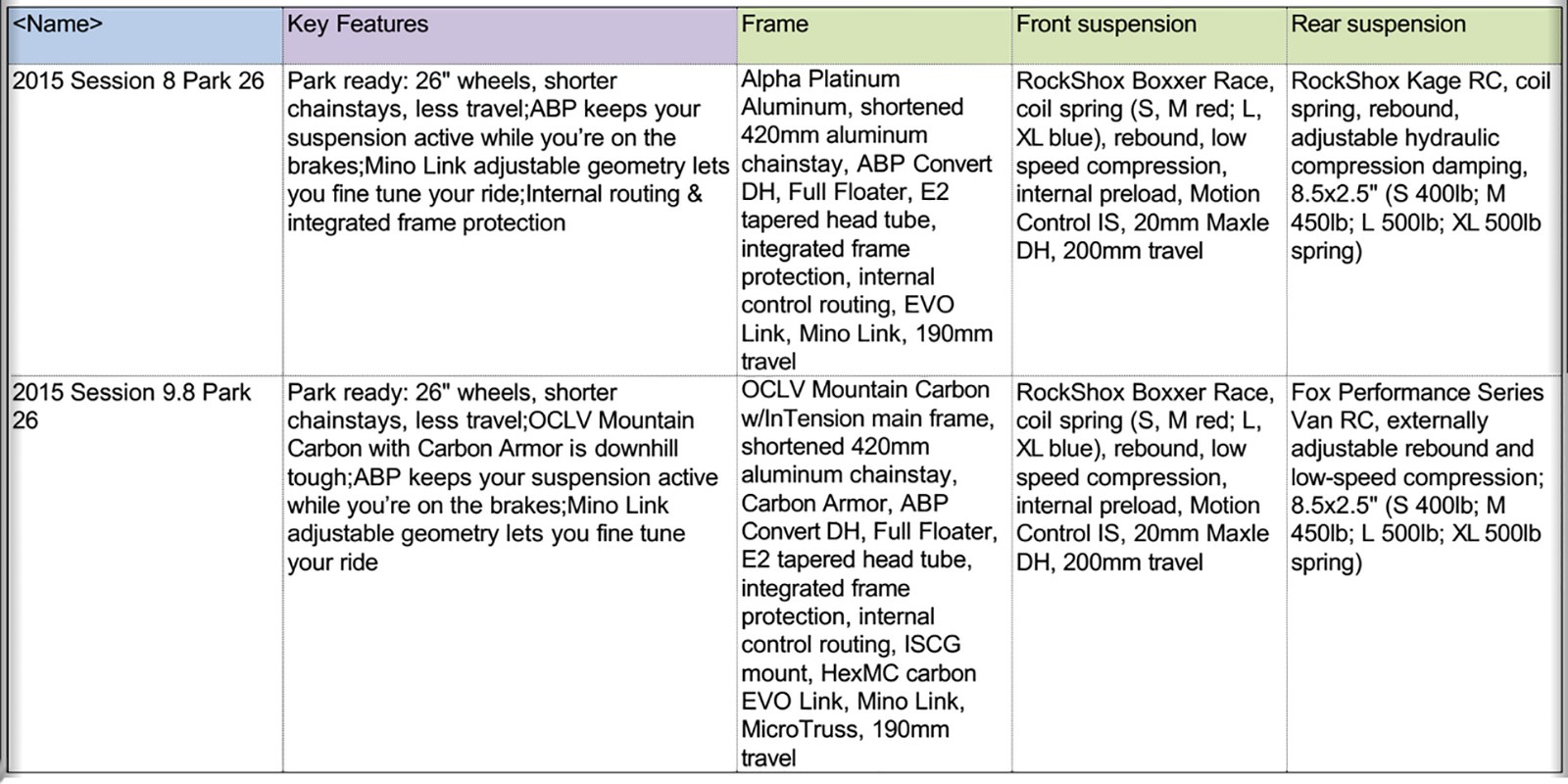 The aluminum-framed Session 8 Park will retail for $4,199.99 USD. In carbon the Session 9.8 Park will set you back $6,829.99 USD. These bikes should be available in October or November. We are waiting on full spec and geo charts. Stay tuned for info on the Session DH with 650b wheels.

Do you only ride park?

Just ordered the almunim one. I don't see why everyone loves the carbon purple I like the black,green,and Orange.

My Session 9.9 arrived yesterday! It's so beautiful. Ordered it from jehlebikes.de in Germany

$6900 for a bike spec'ed with a Boxxer RC and Van RC. Is that a joke? Trek, for somebody about to drop that much coin on a pedal bike, you might want to make it worth their while. It should come with a Boxxer WC and Vivid Air at that price point.

Off the top of my head, $6820 gets you a Nomad with a Pike RCT3 and Vivid Air. Though not quite the same category, it is arguably just as suited for bike park riding. That also come with X1/XT build.

At least give them a Boxxer R2C2, and something other than Fox's budget shock

Also just because something is carbon doesn't preclude it from being a overpriced for the spec. Somebody dropping 7g's on a bike should probably expect a little better than the lowest end "decent" suspension.

That purple makes my panties moist!

That purple one. That's my vibe. Happy to see this bike go into production.

SICKEST BIKE EVER!! I LOVE YOU TREK (never thought I would say that)