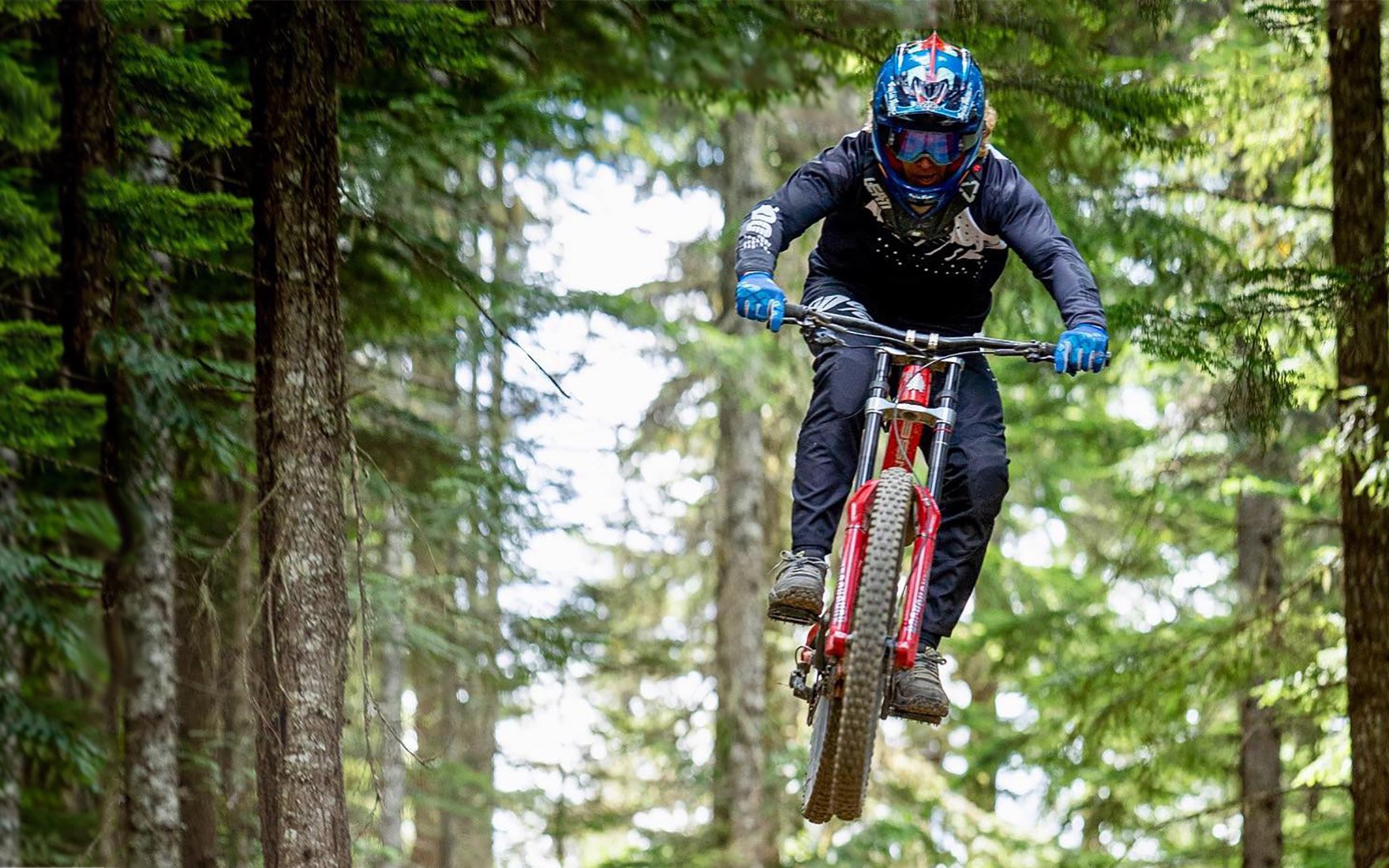 Fatalities in mountain biking are rare. Usually they are that is. Sadly though, we've had a rash of tragedies lately, with two in Whistler and one in Squamish. Add the sad news about Jordie Lunn and this October has been the worst period for British Columbian mountain biking anyone can remember.

Promising young ski cross racer Mikayla Martin, who was just 22, died while riding in Squamish on October 1st. It is believed that Mikayla was trying to become the first woman to ride a very difficult slab line near the Stawamus Chief when she lost control and struck a tree. It seemed everyone who knew Mikayla loved her.

Professional freerider, Jordie Lunn, seemingly succumbed to injuries after a crash while riding in Mexico on October 8th. Jordie had a fall that, according to one of his comrades, was not a disastrous one, while trail riding with friends for a web video series. I was told that, "his visor wasn't even broken, it wasn't enough of a crash to produce an injury that serious." It may be that Jordie's crash precipitated some sort of medical conditon, or it's possible the reverse is true.

Jordie's influence, particularly on the younger generation, was monumental. He will be missed for his sweet character, his sense of humour and his warmth.

An as-yet-unnamed man from Burnaby, B.C. died on October 16th, after crashing while riding A-Line in Whistler. His name has not been released. Our thoughts go out to his friends and family. 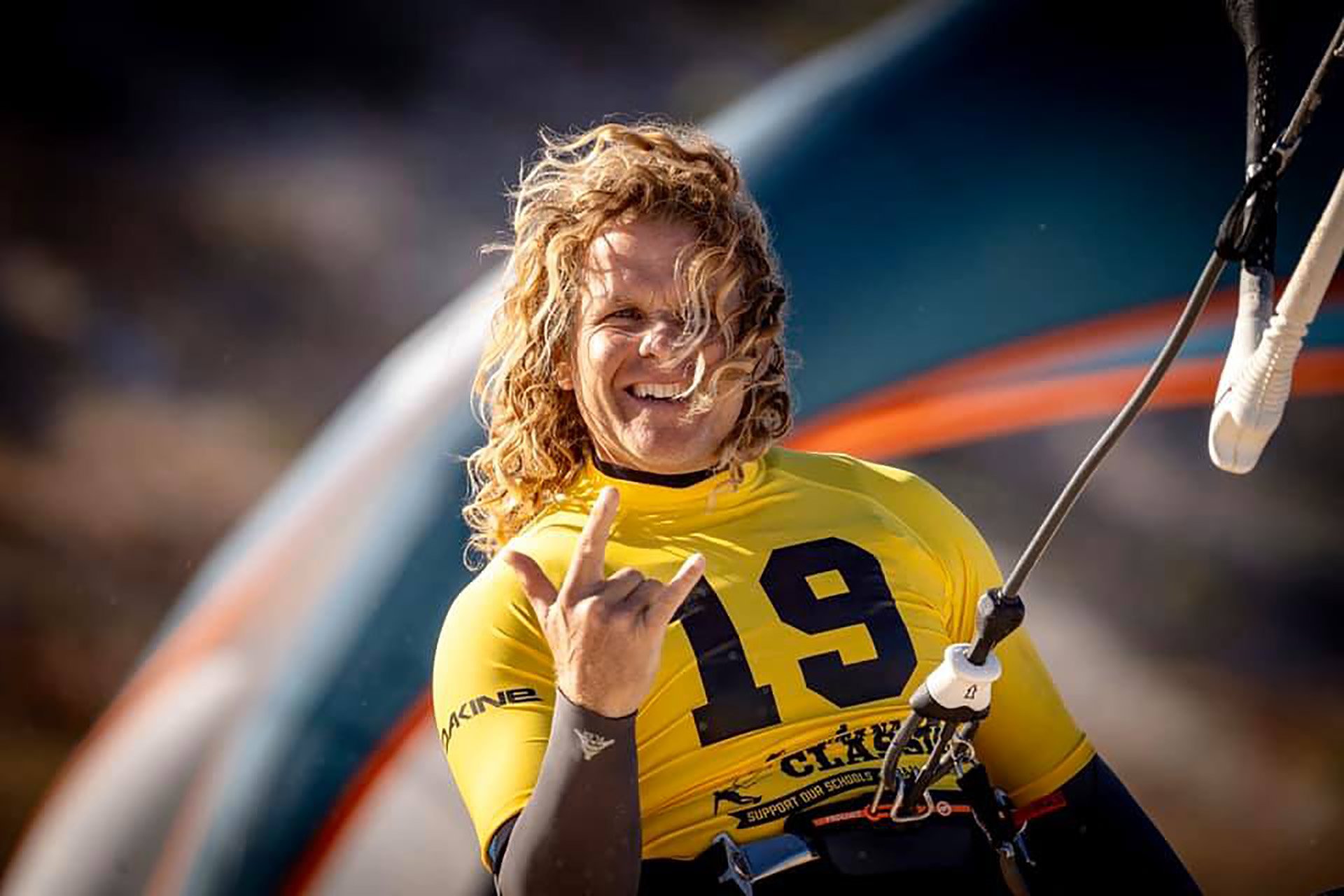 Everyone who knew Chad Christy said he was the youngest 54-year old they had ever met. Photo - Yoann Barelli

The latest tragic loss was 54-year old Chad Christy who was riding Comfortably Numb north of Whistler on Sunday October 27th. It's believed Chad had a cardiac arrest during the ride. Originally from Maryland, Chad was a resident of Breckenridge Colorado but had begun dividing his time between Whistler, where he was building a house, and Mexico, indulging in his passion for outdoor sports in both locations.

By all accounts Chad was a gem. I asked Rémy Métailler to give me some thoughts about his fallen friend

Chad was an absolute legend. Always smiling, always stoked. I met him in the park. For the longest time I thought he was a cool 40 years old with a look of pro surfer. Then a year later we had dinner at my place with Yoann, and he mentionned he was 54. I thought he was joking for a while but he replied. No, I'm 54, how old did you think I was?!. After this day he became in my mind the coolest 54 years old I had ever met. The next day I called my dad and said "My friend Chad is actually 54!. When I'm 54 I want to be like Chad". I'm going to miss him a lot. I was always looking forward to another dinner, or ride with him. You won't be forgotten Chad, and you had an amazing impact on everyone who you met. RIP my friend. - Rémy Métailler

Katrina Strand and her husband Yoann Barelli had also befriended Chad and are gutted about his premature demise. Katrina was also keen to share her thoughts about Chad:

Chad had a profound impact on my life in the short time I knew him. And I know so many people that could say the same thing. When we showed up in Mexico last winter, after only meeting him briefly before, he took us under his wing and made sure we were settled - every day. That was Chad. He spoke only from his heart. Well, we nerded about bikes too, but most of our conversations reached a deeper layer. In many ways, he was my guide and mentor, helping me navigate some of the most challenging times of my life. The compassion, perspective and care will last me a lifetime. These gifts are immeasurable. - Katrina Strand 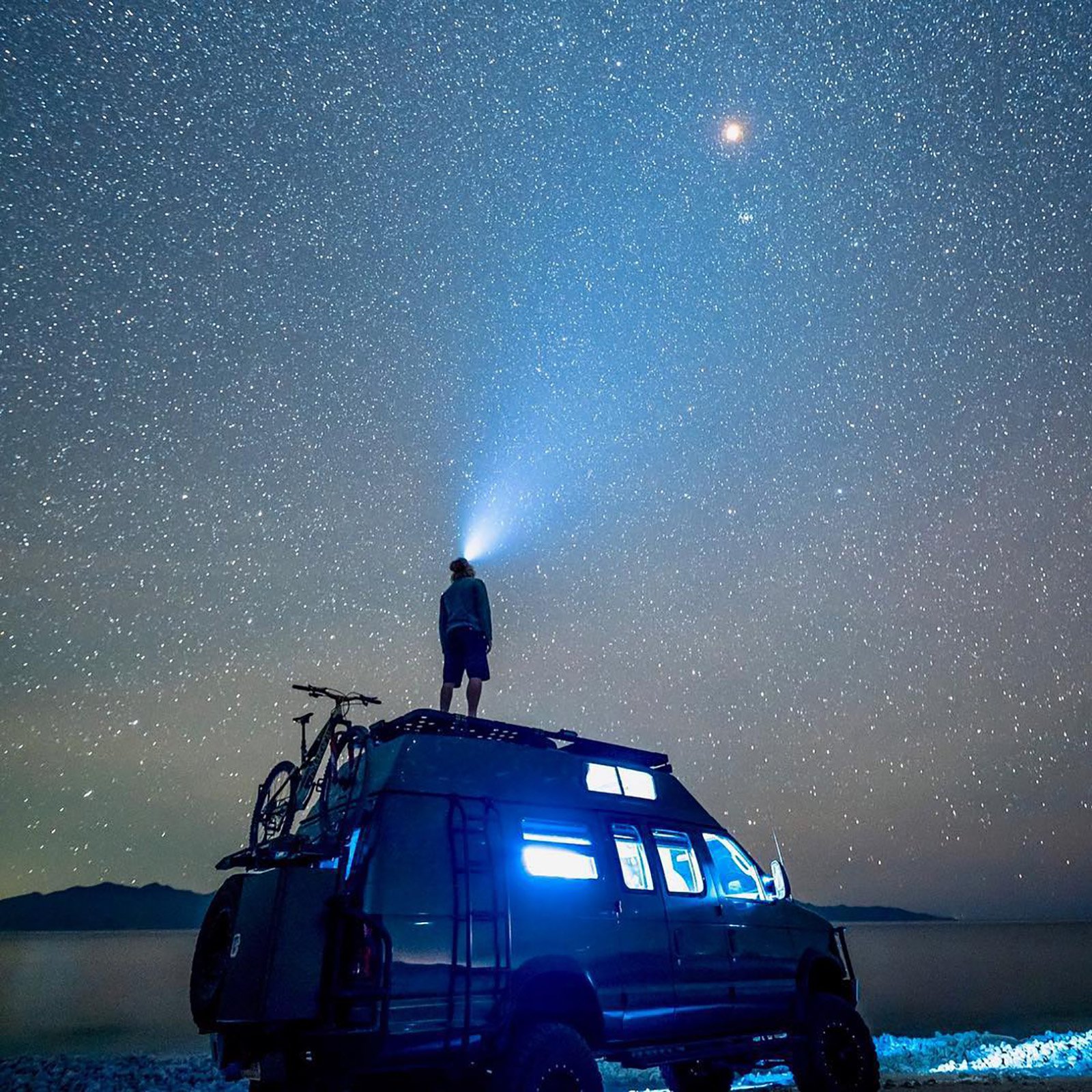 Chad soaking in the wonder of the universe in the
Baja. Photo - Yoann Barelli

What can we learn from black October 2019? Much of it is obvious, like many of life's lessons.

Mountain biking is dangerous. In fact it's a wonder there aren't more tragedies when you consider what we do and where we do it. But life is dangerous as well, and as we learned from Chad Christy's premature departure, we don't know what is in store for us. Each of these mountain bike riders would likely tell us to live as they lived; sucking the marrow out and enjoying every single goddamned day.

Hug your friends, and kiss your family – and please play safe out there.

I'll add one lesson learned: If you are over the age of 30, regardless of how much you exercise or how healthy you eat, you need to visit a cardiologist or at least get your cholesterol numbers drawn on a regular basis. They may not find anything and you could be good to go, or it could reveal something you can start changing or working on now to prevent problems in the future. We've accepted pre-screening of colon cancer as a near requirement at certain ages, but cardiology visits are for some reason treated as a reactive measure still.

I know too many athletes that think their lifestyle will prevent cardiac issues. If you are genetically inclined towards certain conditions, they won't. Most of the deaths I read about in mountain biking, including some a bit more local to me, were due to cardiac issues. They weren't terribly old and they weren't unfit. My dad nearly died of the same type of heart attack Mark Weir suffered.

I have a going back 3 generations of heart attacks in my family. When my dad had his, his cardiologist told me the advice above. Sure enough, when I went in, they found that over the course of a year or so, my cholesterol numbers were at concerning levels regardless of dietary changes. They put me on statins as a preventative. The dr told me he's had fewer than 5 opportunities in a 20 year career to work on prevention, despite it being one of the top causes of death.

Condolences to all the friends and family of the above, they all seemed like rad people to be around. I obviously don't know Chad's history and I'm not blaming him by any means, but I think it's worth addressing as a culture in an athletic activity and to remind people that being fit isn't always enough.

Great advice Shinook. Thanks for sharing it with us.

May I add one thing - I was lucky to see an urologist aged 41. He found testical cancer "by accident". After that the treatment was mild compared to all that would have come at a later point. So also see a urologist from time to time and don't wait to long.

That’s terrible, or at best severely misinformed, advice. There is overwhelming evidence that treating cholesterol with statins does not work for primary prevention (preventing a first heart attack). You are right that being fit isn’t always enough but the second part of the equation is a healthy diet...not medications.

I'm not advocating that it's for everyone, however diet doesn't always work. We tried that in my case and there was not a significant enough change, so the medication was required. Obviously a healthy diet is a better choice than being medicated.

I can't speak to your sources, but I've seen three different cardiologists (I move a lot) since being initially prescribed statins and they all believed I should remain on them for prevention of future issues.  I did have one primary care physician question it, but he did so 100% based on my age and weight, without having seen any of the other numbers or history that led to my initial prescription.

In either case, heart attacks are one of the leading causes of death and my point was less that everyone should be on statins, more that people should be encouraged to take preventative measures by seeing appropriate doctors early in life rather than assume their lifestyle is enough.

We lost a good friend while he was riding in Cumberland this year. It's been a tough year in that regard for MTBing in this part of BC. On one hand we will all die and that happening on the bike isn't the worst way I could imagine dying, but at least the folks I am aware of all left us too soon. :(

Yup. Been giving the kids a lot of extra hugs lately. Death has been out and about.

Could be any one of us, people. Play safe, rubber side down. Enjoy every day.