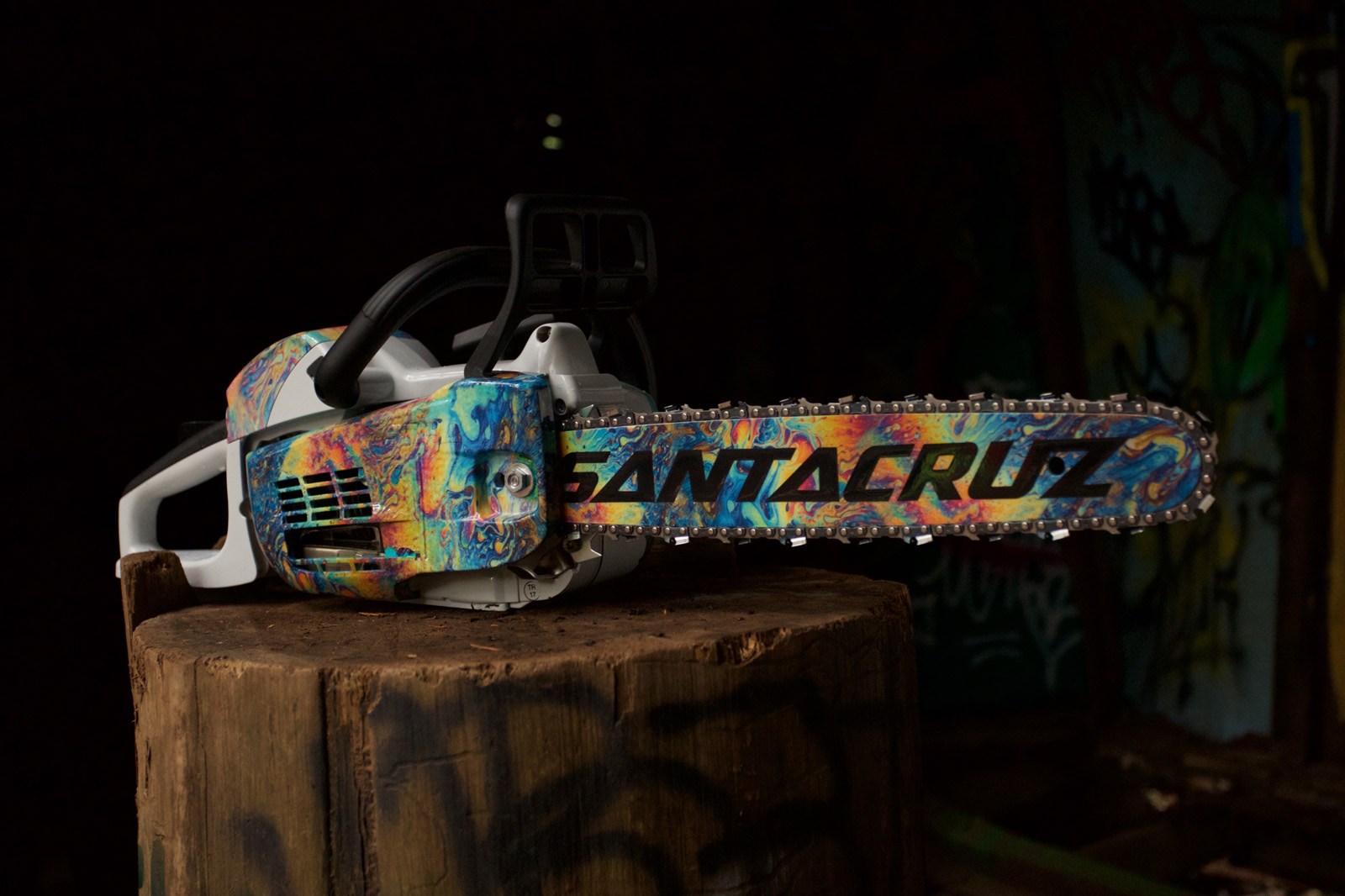 Because there are people out there that fail at irony, logic, and sarcasm, it’s probably important to note that this thing is not actually intended to slay any unicorns.

Santa Cruz is a brand that has made a habit of doing things differently. When they got wind of Martin Newman‘s campaign to raise money for a new chainsaw, they decided to make things easy and just buy it for him. Martin has done an incredible amount of work on the trails in North Vancouver over the years, and there could not be a more deserving recipient of a random act of radness like this (although there are certainly other deserving recipients around these parts). A few more details below, as provided by Santa Cruz’s man in Canada, Seb Kemp.

Here’s some photos that Grant Robinson took of the customized chainsaw (The Unicorn Slayer) we presented to Martin Newman, a trail builder In North Vancouver, BC.
Feel free to use the images because now the beautiful saw is going to be put to use deep in the forest, rarely seen, like mythical unicorn. 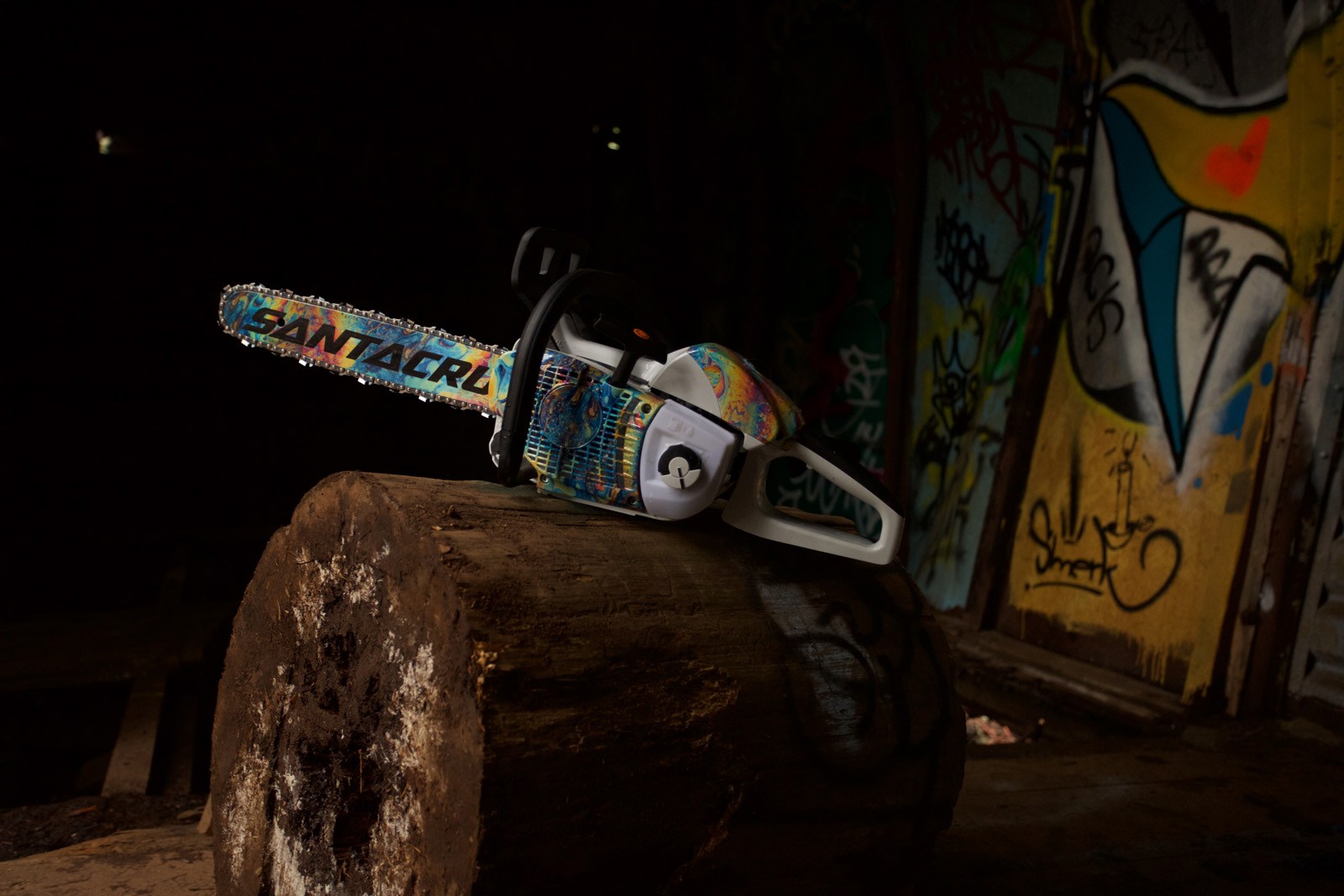 Rainbows and radness on both damn sides. 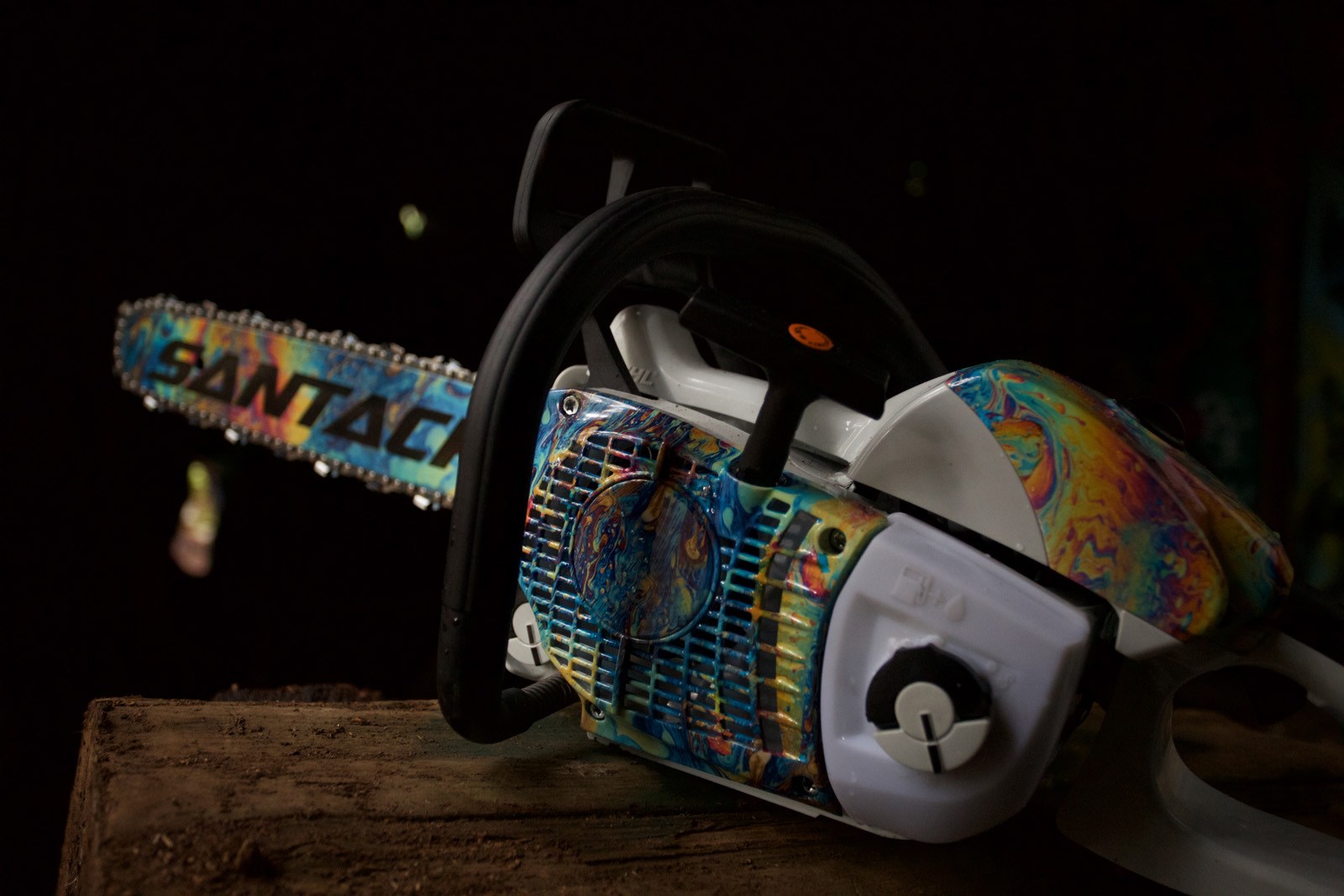 It’s probably going to look even better after it’s been used to sculpt more of Martin’s beautiful lines in the woods. 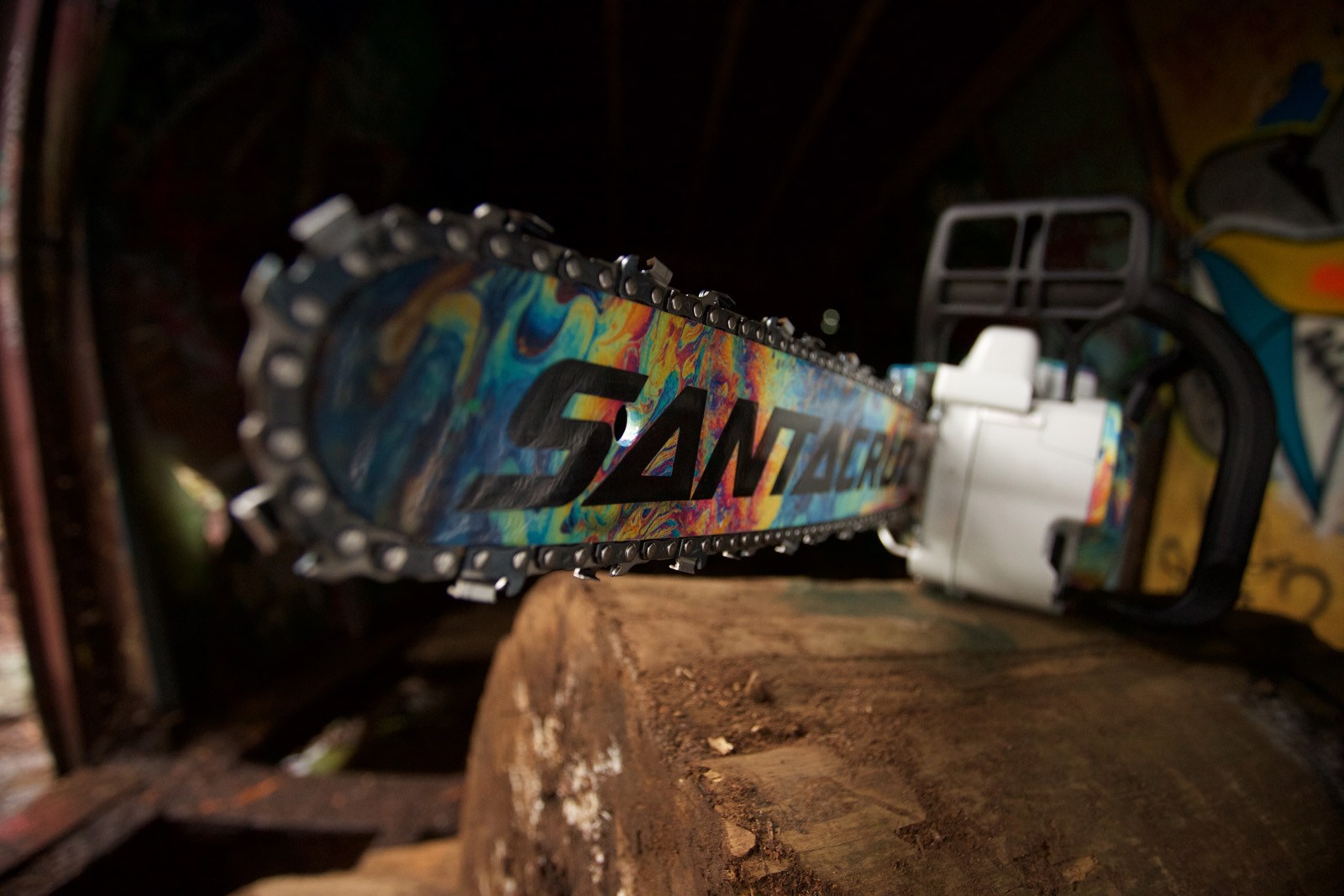 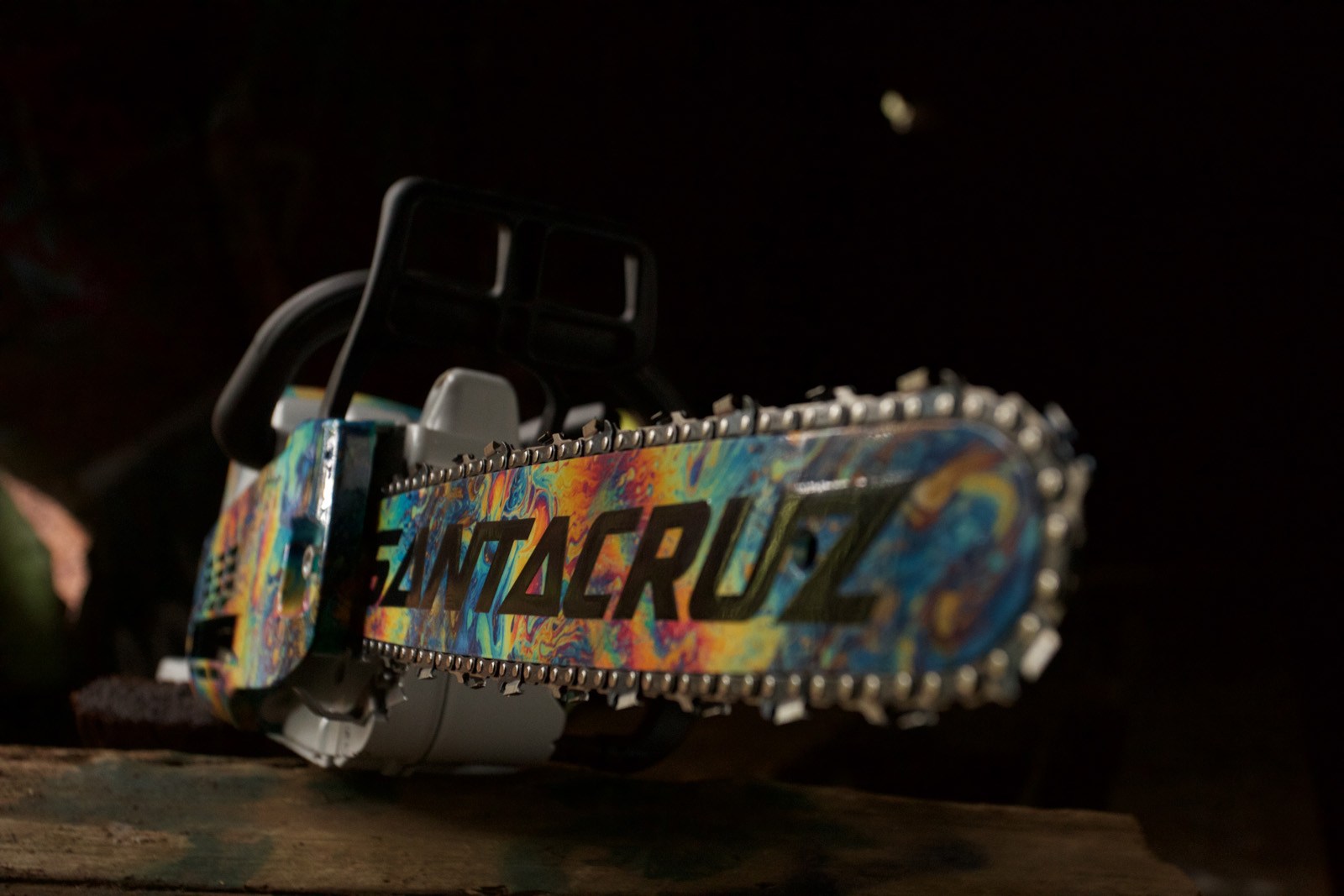 Hey Santa Cruz, can you recreate this finish on an alloy frame? Asking for a friend. 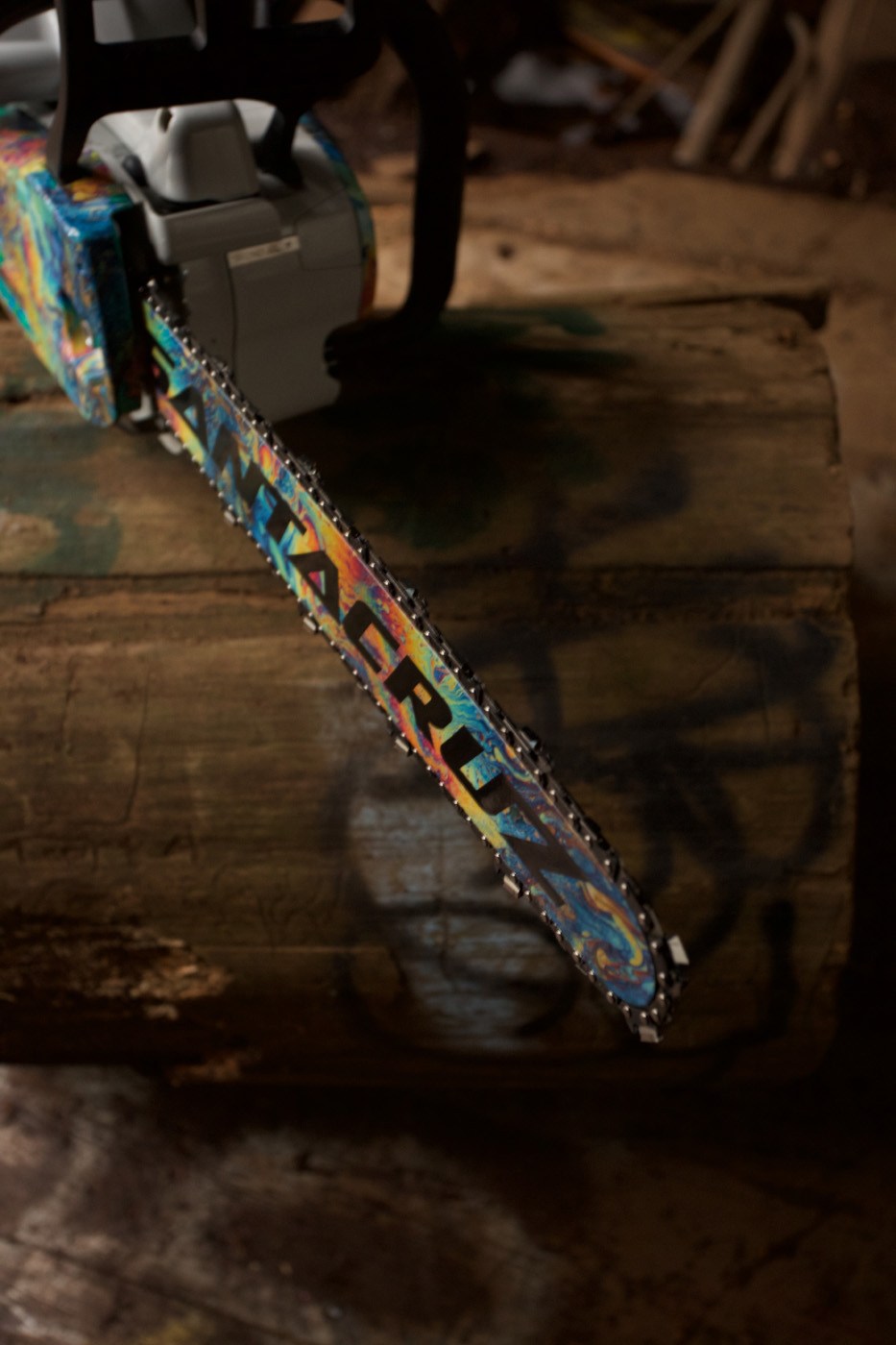 So are custom chainsaws going to become a thing? Because that would be a cool thing.

You can’t do much better than to support all the great trailbuilding going on out there, whether you’re pitching in yourself, helping out your local digger, or making a little contribution here or there. Santa Cruz has done a lot for trails in the sea to sky corridor – this is only the most recent and public example.