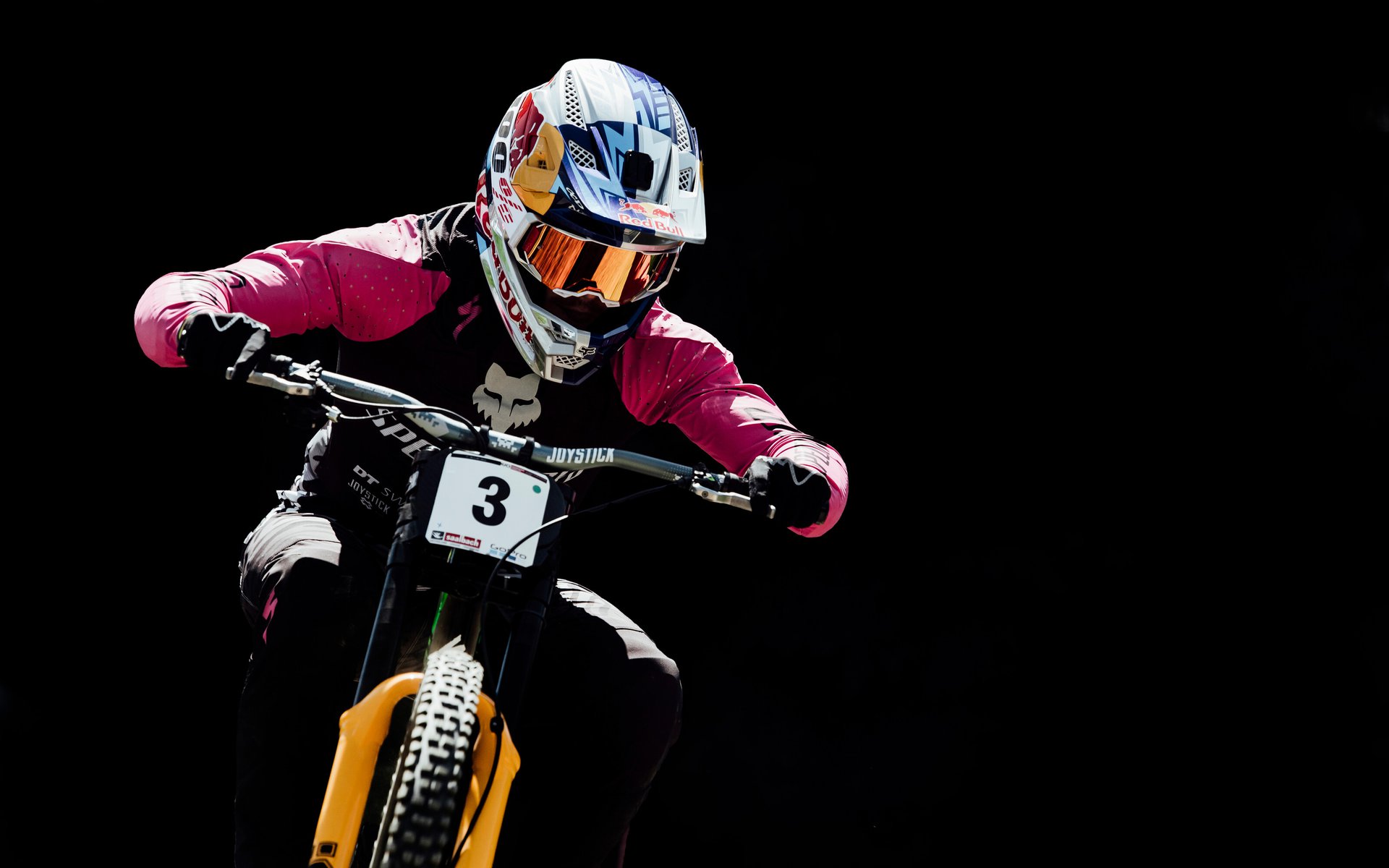 What are the world’s fastest downhillers looking for in a race track? Poor Leogang never seems to make them happy, at least not the majority we hear from over a race weekend. For years riders have labelled Leogang too “bike parky” and not technical enough. This year the course designers made significant changes to freshen things up and try to deliver more technical sections for the riders. But during track walk last week the riders made it clear they still weren’t impressed. Weird, awkward, and slow were just some of the terms heard before racing commenced.

Leogang officials were said to have made the changes in an attempt to slow the track down and create larger time gaps. Without being there it’s hard to say too much but according to Rob Warner, the riders didn't like it because it was hard. Watching the action unfold, it certainly appeared to trip the racers up. Heaps of the top riders spent the weekend confused about line choice and bike setup. In the case of the winner, Loïc Bruni, he never felt things were right.

The riders hate it because it’s hard – Rob Warner 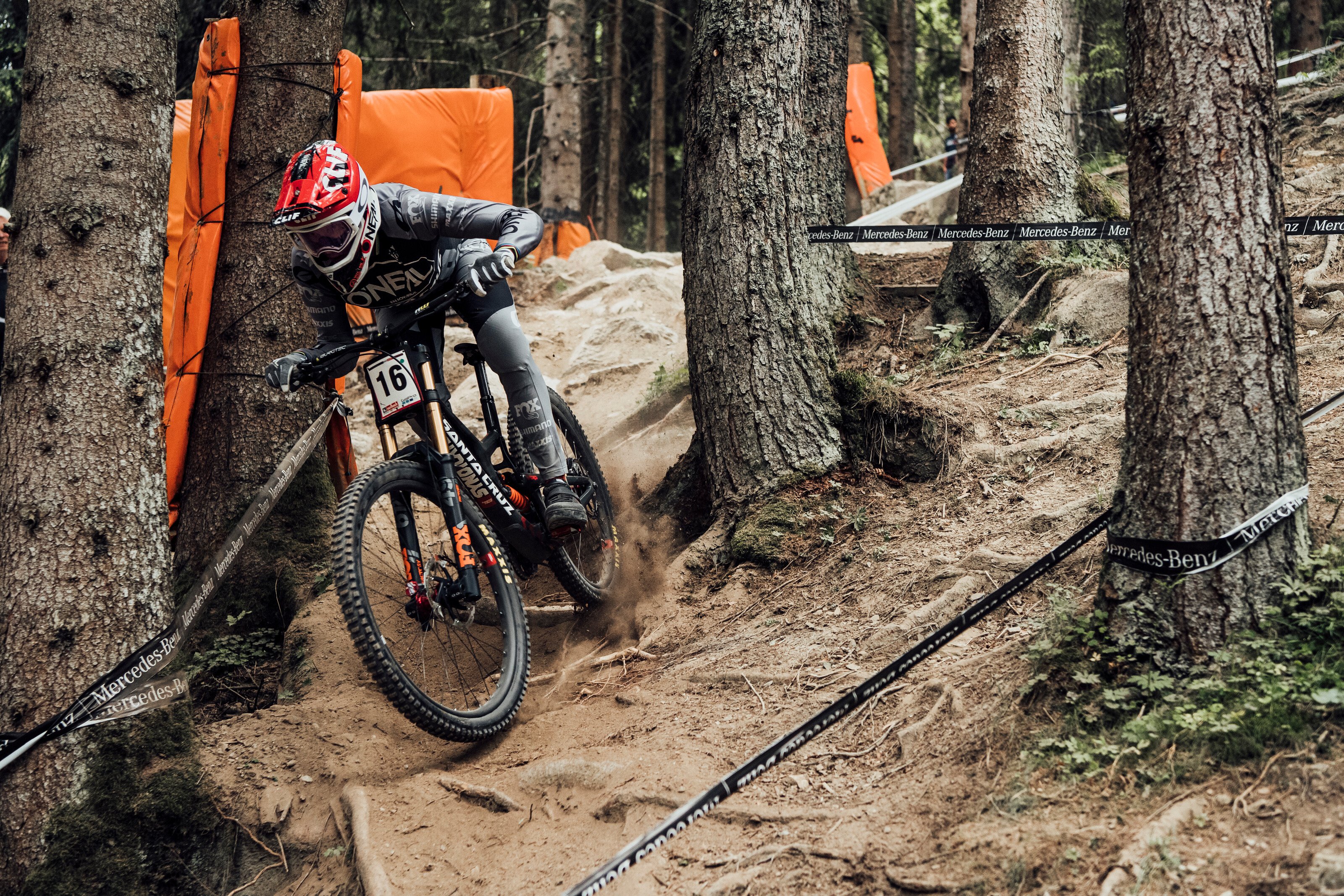 Minnaar is back! The G.O.A.T. went fastest in qualifying and was so close to the win on Sunday.

In the riders' defence, some of the new sections looked quirky from a thousand miles away. The slow speed required to avoid flying to the moon on the upper road crossings, the mine-field of stumps with poles drilled as tight to the track as possible, and the tight off-camber corners of the wood section further down looked tricky for sure. Does that mean they shouldn’t be part of the race track? Shouldn't the best racers in the world need to prove their abilities on a variety of tracks and terrain? They can’t all be the same.

The course marking caused the most concern for me, especially in the stump line. Why track officials felt the need to drill poles with little flex right next to the line that many racers were clearly going to choose is baffling. Couldn't they have placed the poles further out? Maybe a few inches? Riders still wouldn’t have opted to go around the outside of the stump if space was too tight and there would have been less interaction with the pole. 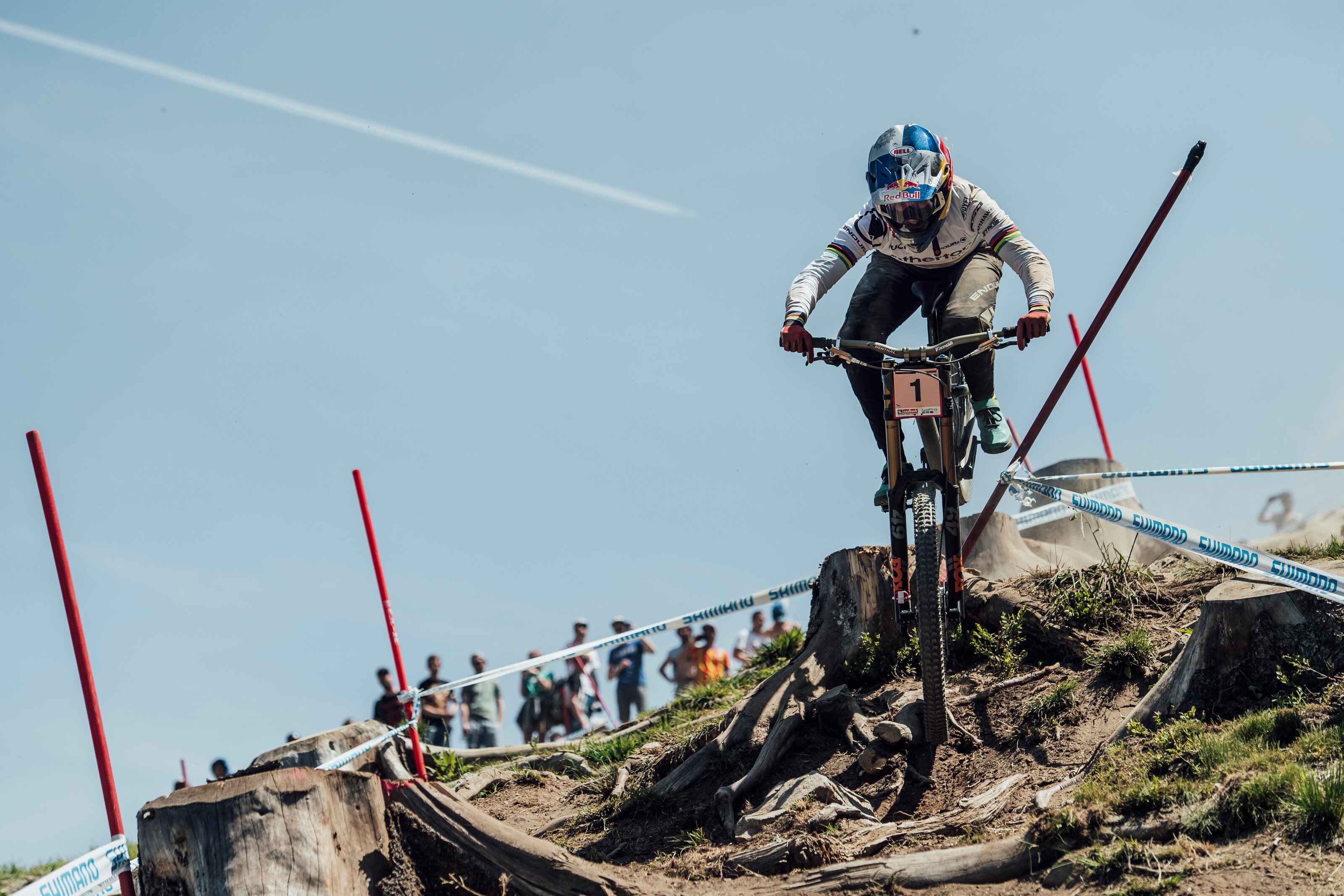 Rachel Atherton and the course marker in question

And with many racers unimpressed with the track, it was race winner, Loïc Bruni who managed to make the best of it. The Leogang track challenged riders to find a rhythm and maintain good speed. He battled with it all weekend and after qualifying 11th, almost four seconds back from first place qualifier, Greg Minnaar, he felt like giving up. Frustrated and probably physically and mentally exhausted, Bruni hit refresh on race day and managed the win, beating the fastest qualifying time by more than three seconds.

Fabien Barel was heard saying that Bruni had shown the true signs of a champion. When most would have given up and ridden down just for some points, Loïc made one last suspension change and cleared his mind. He added more rebound and, without having tested it on the track, dropped in and gave it everything he had. He put over seven seconds into what he believed the day before to be his best on the Leogang track. 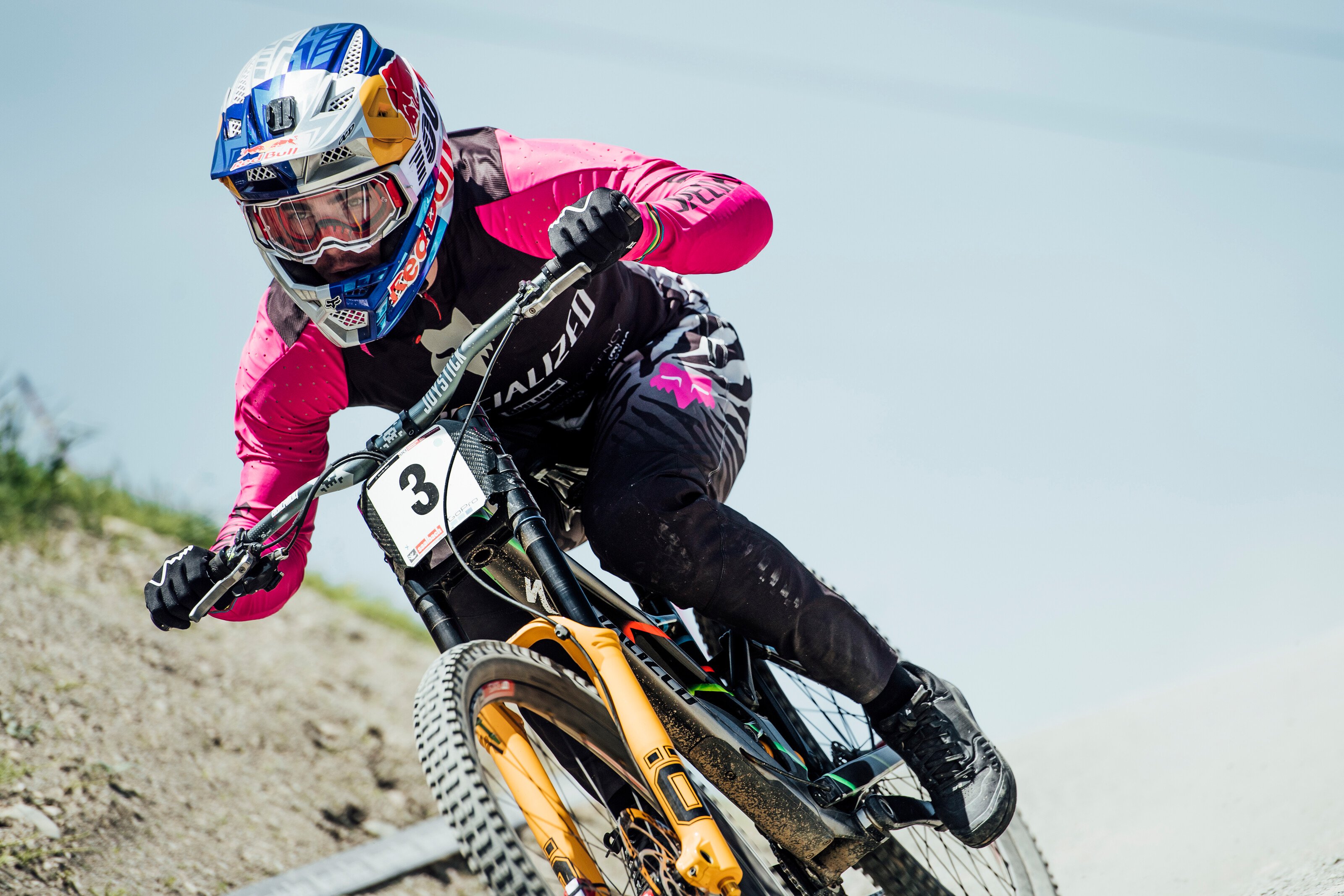 Bruni remained focused all weekend and it paid off. He took the win despite feeling like he would be fighting for a top 10.

The women's race was a hard fought battle too. Tracey Hannah has won World Cup events before but this was the first time she’s beaten Rachel Atherton. Hannah's been looking really strong this season and although she’s accustomed to riding in loose, dry conditions, she felt that either she or Rachel was going to crash. She pushed it so hard in qualifying and after only coming out ahead by half a second, she felt someone was going down.

She danced the line perfectly, remaining upright to the bottom while Rachel fell victim to the conditions and the pace she was pushing. It wasn’t all smooth sailing for Tracey though and she admits to having a loose run. The same pole I mentioned above almost ended her day before she got halfway down.

I said someone’s going to crash, I was lucky it wasn’t me – Tracey Hannah 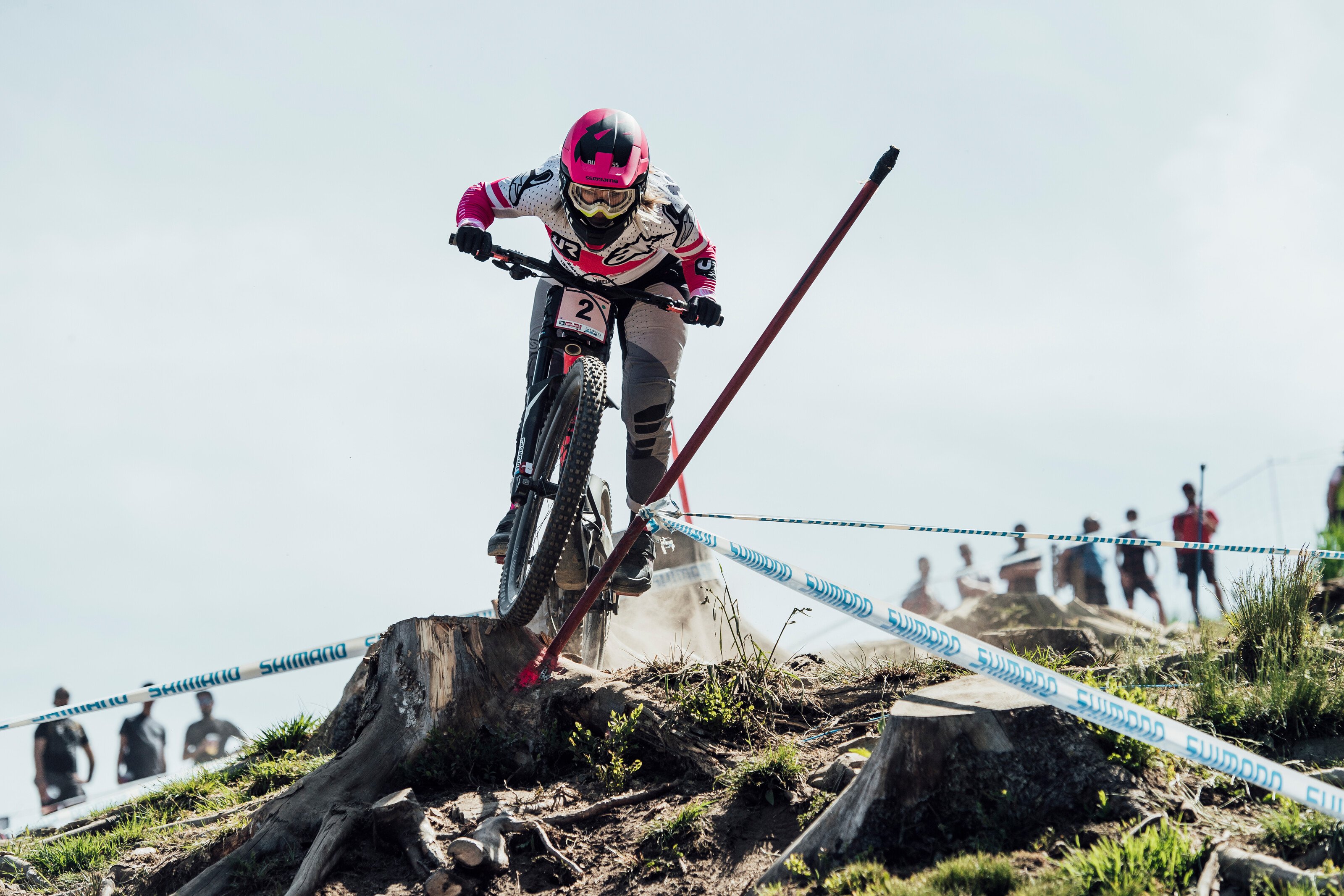 Tracey Hannah was lucky for sure. Here she is about to wrestle the pole that nearly ended her race run.

We all need to be tested to feel accomplishment and after a challenging weekend, Bruni and Hannah were both stoked with their wins. Loïc’s finish line celebration was worthy of a World Championship victory.

Despite the dissatisfaction with the track in Leogang, the racing was spectacular. And racing remained tight even with the changes to the track. In fact, the top three were on the same second – likewise for fourth through sixth – making it tighter than previous years. The world's fastest are pushing harder with every race, and they won't let a little track dissatisfaction get in their way.

Personally I like a variety of tracks and the world's best are obviously able to adapt and overcome.

Compared to other kinds of off-road racing, like WRC, track variations in DH come across as relatively mild anyway.

Exactly, I always liked this race because it was like a bike park run.  Having different races allows riders who do better at different things to perform better.  Just like in WRC where a tarmac expert does poorly in the snow then a guy named Seb wins everything anyway.

What would be really cool is to have the WRC do their racer line up like UCI and not screw over the series leader by having them sweep the roads.

I don't like the bike park tracks because it's more difficult to discern the differences between the riders abilities and lines. That's where the juice is for me - which is why I really enjoy Ben Catchro's commentary. There is only one line in machine built sections for the most part and it's rarely possible to see any difference at all in the top riders.

This reads like an article that forgot it wasn't just a men's race until editing.

Or it's possible the article talked about the track, covered each race separately (they're separate races after all), then gave some commentary (that mentioned both winners).

I agree, a misogynistic masterpiece, chocked full of everyday sexism.

Even the track name, Leo-gang.  Leo is a boys name! #sexistplacenames