I was fortunate enough to meet Mike Ferrentino before I’d published a single word about mountain biking. This was in 1999 and I lucked into a trip to Borneo to report on some racing and riding. We journalists, including a crew for bike mag, were bussed around with the invited racers like a high school band on tour.

The best part of the trip was a journey in longboats to visit a tiny remote jungle tribe, the descendants of head hunters in fact. With tribesmen at the helm, we cruised upriver for several hours, two to a boat. As luck would have it  - well for me - Mike and I were in the same longboat and I seized the opportunity to pepper him with questions; how did you get started, where do your ideas come from, what’s the best way to get published? I didn’t have enough status to be a nobody in mountain bike society, but Mike was generous and patient with my ‘between two ferns’ approach -  and I hung on every word.

In the years since, whenever I’ve had the chance to hang out with Mike I’ve leaned in. He always has the best stories and the most damning and hysterical insight into the foibles of the industry. In recent years, a couple of times I’d asked him to document his scathing observations for nsmb.com, even if it was only anonymously. Honestly - I wasn’t trying to lure him away from Bike Mag. I was a great admirer of the creative characters at bike and the work they produced. that still stands now that some have brought their talents to Beta MTB and frankly I wouldn’t have dreamed I might be able to lure him away.

And then, in October of last year, I got wind that A360, bike mag’s most recent corporate owner, was furloughing all employees, not just of bike but of powder and surfer as well. Furlough sounds temporary but insiders knew better; this was the end. After being tossed between corporate overlords for years, one of them finally decided to use these publications - and the people who worked there as a tax write-off to pad their bonus cheques.

In the end the number of bike magazine covers was equal to the number of Grimy Handshakes, Mike’s reliably entertaining, thoughtful and often hilarious column was in every single issue of Bike mag. That makes 27 years and Mike’s guess is 216 issues. It didn’t much matter if he was writing about his affectionate but misguided use of the Crescent Wrench,or the interplay between wheels on highway and Neil Young’s strained vocals at the end of a long roadtrip, Mike always seemed to notice something the rest of us missed, revealing beauty where others hadn’t bothered to look. Humility and truth always lead the way in Ferrentino prose, but he doesn’t shy away from taking mountain bikers to task when appropriate, but without being preachy or sanctimonious.

The preceding bafflegab is my awkward attempt to communicate how fucking thrilled I am to have Mike Ferrentino joining our wee party at nsmb.com – and with a brand new column  - provisionally titled Beggars Would Ride. A large bonus is being able to corner Mike for a podcast and get to know him better.

Here’s part one of my conversation with Mike, where he talks about growing up barefoot in New Zealand, learning to fix motorcycles and bikes, moving to America, racing bikes and motos, working in shops, and beginning to write about mountain biking.

No Taste For Crow

Excited to give this a listen...Grimy Handshake wasn't what made me pick up Bike, but was the reason I came back and subscribed for over a decade...miss the old days of the mag, it made those of us not on the shore feel like we were still involved in something big...and I'll forever be grateful for Monster Park brining some freeride flair to snowshoe so us east coasters could experience what was happening!

not sure I have much choice in that matter, Dave. Seems to be hardwired...

If you see me broken down by the side of the road, I trust you'll toot the horn on your way by to episode 2.

Thanks OC! More to come from MF!

Thanks Mike and NSMB, I can't have enough of those stories!

Four years ago, a friend of mine was working down in some Californian orchards to put aside some money and go cycle touring in Asia/Europe. One day he texts me a picture of a still-original '86 teal Diamond Back Apex and asks me what I think about it for his 20K km trip. I said well it's very cool looking but for 650$ you could probably get a used Surly or something better suited to that trip, or get something wherever you land to start the trip. But it was too late, he had bought it!

Since he did not have much bike mechanic knowledge (and that he was one of my closest friends), I followed him on his trip via Messenger and would help him sort out the issues he had (which were surprisingly not frequent!) on the way. Needless to say, the Apex did the whole tour, fully loaded, without any big issues. He flew it back with him to Quebec, where we did some maintenance, and brought it to Mexico where he got it repainted (damn!), and eventually to New Zealand, where he has been spending the last 2 years. He since got a new bike, but he did his longest trip with the old Diamondback.

Who knows, he might have bought Mike's first mtb, worked in the same orchard and lived near his hometown in New Zealand!

Great share Martin! Such a cool tale. Those old Mtb’s make great adventure machines. Cantilever brakes can be fixed all over the world I’ve been told and there isn’t much more to go wrong. Friction shifting is incredibly simple as well. 20K around Europe is amazing. London to Capetown is significantly shorter!

Haha! Well maybe that included his California-Mexico explorations of the same year too, I can't remember exactly the details. But he did quite a meandering ride through Europe and Asia, passing through Indonesia, Tibet, China and a lot of remote places on his way to reach those 20K that year. Sometimes I wish I had his freedom, but that's a totally other lifestyle that I'm not willing to live right now haha! 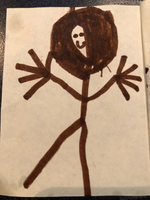 Didn't know MF was raised Kiwi. The accent makes sense now. Can confirm "barefooting" as a verb in NZ, as taught / learned by my kudz attending preschool there. They do have things dialed. Or maybe this North American is just feeling nostalgic in our current state of affairs. Anyway, look at me, rambling. Pod was a great listen!

I enjoyed the parts I could hear. My little Bluetooth speaker at work couldn't play it loud enough to be entirely heard over the rain (working on a new house without gutters). I would assume the problem is entirely at my end, except the next podcast I listened to was more than loud enough. 🤷‍♂️

May have to listen again when conditions are more favourable!

Sorry to hear that COD. Certainly recording in one place would improve quality some and I'll examine the levels I used to make sure they are appropriate. It's loud enough on all the devices I tried, but perhaps it could be louder? Thanks for the feedback.

Dude, when I heard this, I thought Wait, I've heard this episode already. Then I realized a few years back I tried to get into some bike pods and heard this on VitalMTB heck Cam even sounds like Shawn there. If it's not too late for Part 2 if we can request for some new questions besides his life story which we've heard in other pods, I would love to know what he thinks of the changes the industry since he started, maybe such as his opinion on the (unfortunate) growth of eBikes.

That’s a compliment I haven’t had. Spomer is the velvet tongues master!

I do plan to get into a bunch of that stuff this time around - and we need to nail down a good location for Mike with a solid internet connection.

Hey Mike, great podcast and cool listening to you talk about your life in NZ.

Mike Stylie and me rode the Rameka with you back in 2015? Good times!

Would love to hear more about the history of bike mag, especially some off the iconic issues, like the Dark issue, and is mountain biking a religion etc, some great reads! I've subscribed to bike since 1995 and have most issues since then.