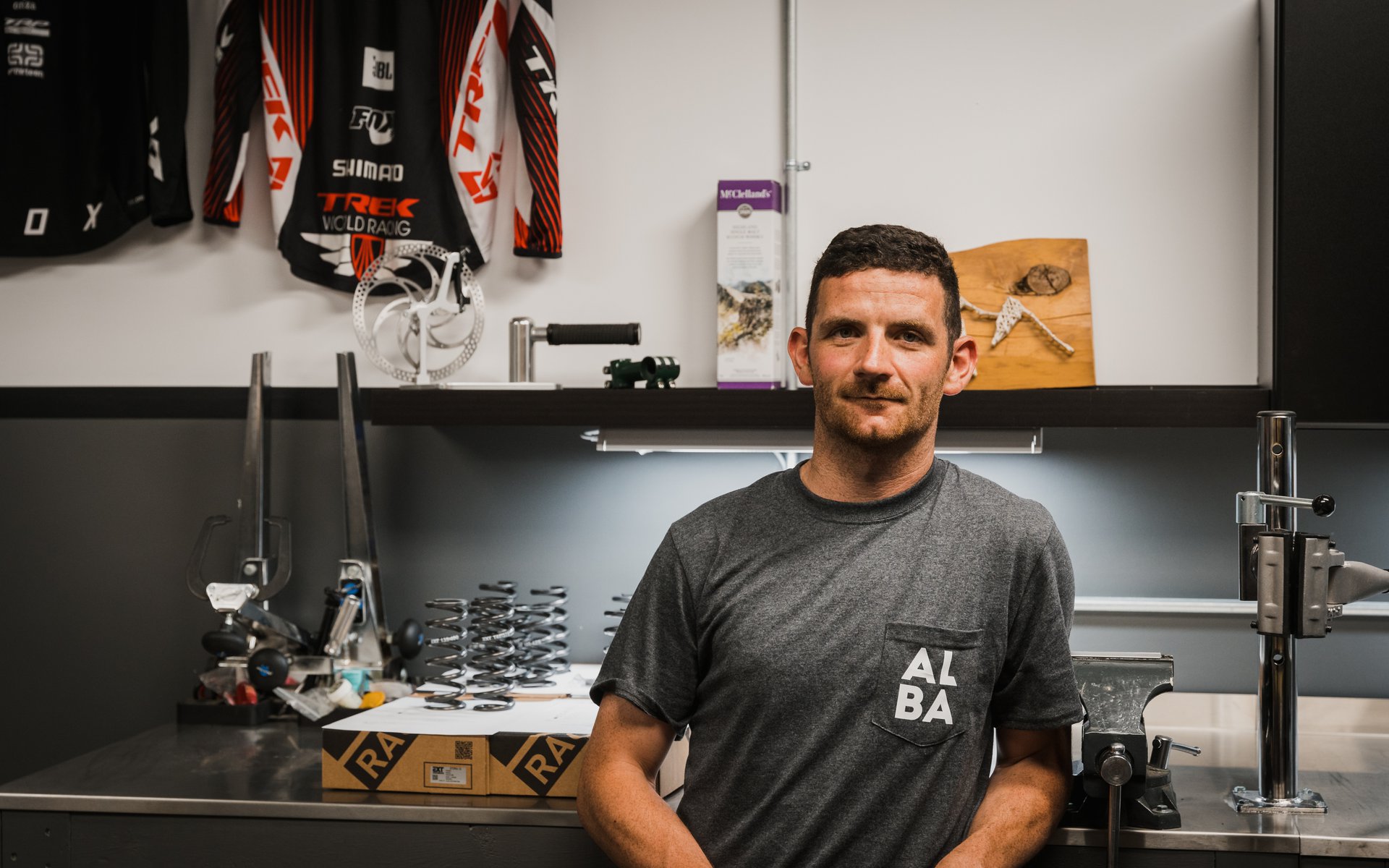 Our guest for the latest NSMB Podcast is Ben Arnott, a World Cup downhill mechanic, engineer, and small business owner. Ben spent several years working as the head mechanic for Trek World Racing and the YT Mob and the stories from his time following the circus provide a fascinating look into the World Cup. For six of his years with the teams, Ben was also responsible for the team truck. He got to know it intimately while driving the large rig on the small, European mountain roads to each venue.

Ben recently pulled back from wrenching for World Cup athletes like Greg Williamson, Angel Suarez, and David Trummer. Instead, he's remained in Canada for the first summer since immigrating and is focused on sharpening his engineering skills with OneUp Components.

He hasn't completely left the wrenching world though and he keeps his hands busy servicing products from Formula and EXT, which he imports through his wholesale business, Alba Distribution. And while he's not currently wrenching on the World Cup, he's not saying it will never happen again.

Very interesting listen. Met Ben a few years back at WC and he is super helpful when it comes to tinkering with suspension and also a very nice guy. Definitly also fast on a bike. Hopefully there is an other episode every month where geometry, tires etc. is dicusses

Enjoyed listening to this, more please.

Glad you enjoyed it, Shutter. We have more coming soon!