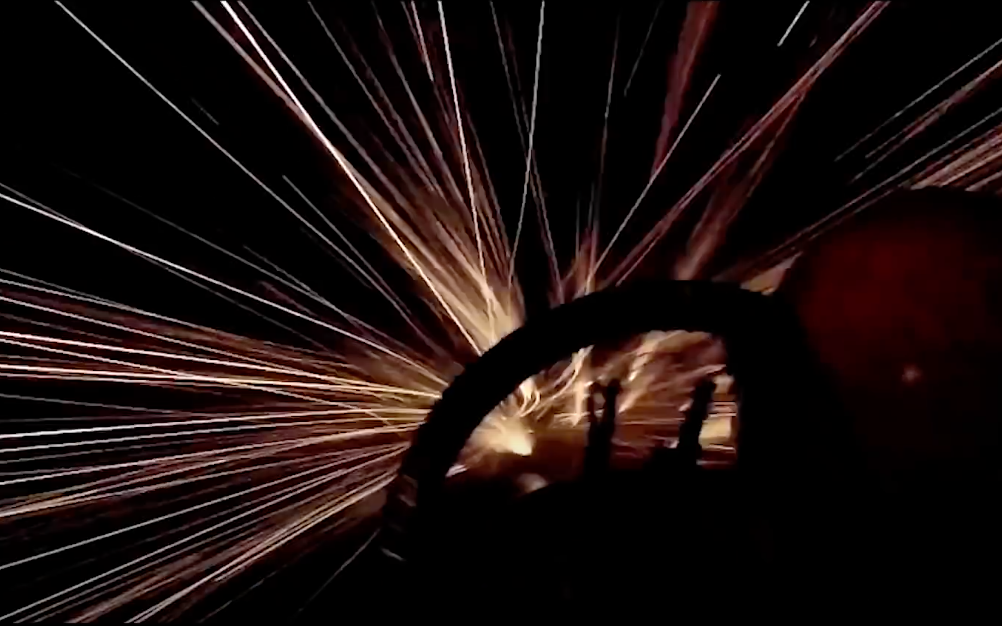 One of the great things about mountain biking, to me, is that so many rides end up feeling like 'one of the best ever'. That's probably an indication that MTB and me were meant to be. Or maybe a function of how many rides finish right at the bottom of fun descents, and the adrenaline is still pumping when it's high-five time. Of course, certain rides stand out amongst all of the other 'best-evers' and I continue to think back on them as true classics. The reasons vary: the scenery, the company, the fresh loam, my bike running perfectly and I rode well enough to look like I deserved to be on it, the beer at the top, the beer and food at the bottom...it's a predictable list.

On Friday's ride, I realized that while all of those things are indicators of good rides - often great ones - I also discovered the key ingredient in the best rides. And that thing is the occurrence of an Octoflugeron and my ability to successfully navigate it.

What the fuck is an Octoflugeron? I'm so glad you asked.

Octoflugeron: A naval aviation term that describes the chaos that comes from an unplanned maneuver.

I'm a bit of a fighter pilot and naval aviation geek. That started with seeing Top Gun four or five times in the theater as a 10-year old, but my nerdery went into afterburner when I was lucky enough to visit my second cousin's squadron a few years later. He flew F-16s in the Belgian air force, so naturally he was off the charts on the coolness scale.

The other day I was headed down an internet rabbit hole of articles about fighter pilots and came across this term I had never heard before. A search for Octoflugeron turned up only 3 pages of google results, so I knew we were getting close to exceeding our operational altitude. Even naval aviation forums only use the term sparsely, although the O-word is listed in the US Naval Academy Parents Club of Arizona guide to lexicon (told you it was a rabbit hole).

The original reference to the term was used by a 'back-seater'* when describing what it was like to be along for the ride during high-speed low-altitude training. A little more hunting uncovered some great anecdotes about nugget pilots making mistakes and losing control of their aircraft, recovering, thanking their lucky stars, and then acting all cool about it later. Sound familiar? Because that's when the light bulb went off for me. Of all the fun things you do and fantastic sensations you can feel on the bike, the most exhilaration comes from the chaos that results from an unplanned maneuver, and the joy of regaining control and living to tell about it.

*In some jets, like the iconic F-14 that Maverick flew in Top Gun - the back seat is where the RIO (Radar Intercept Officer) sits. They operate the radar and navigate, so they're usually a bit Type A about things like where your next turn occurs, especially when you're traveling at six or seven hundred miles an hour, a few hundred feet off the deck, weaving in and out of canyons. Not knowing what's coming next is especially terrifying to them.

This guy illustrates what it feels like to be along for the ride during an Octoflugeron (this whole video is pretty sweet if you're into planes, aircraft carriers, or mustaches, but my point is made at 11:32)

This brings us back to last Friday's ride, which was what got me started on this whole idea in the first place. We climbed slowly up a dry road, enjoying the lazy pedal and conversation, looking forward to a low-key ride in dry conditions. I don't know who gave the pre-flight briefing but they didn't mention that we were within the 24-48 hr window since the last precip, meaning conditions were going to be at their greasiest.

At the top, we decided to forego the briefed flight plan and chose a trail a few of us had only ridden once many months ago, leaving us all pretty much flying blind. After dropping in to the first pitch, we fell into formation and immediately realized we were in for a rough dive. The trail was fall-line steep with slick rocks unevenly strewn and jutted like the mouth of a Great White shark. Mud and loam filled all of the gaps and took away the spots you'd normally find traction and use the brakes. Shiny roots joined the party at inopportune moments, like turbulence during that awkward moment when your coffee is sitting out on the tray table because you're waiting for the flight attendant to pour in some milk.

In other words: Varsity conditions. Mike Wallace served as flight lead with Cam on his wing. Down the second pitch they went, with three of us in hot pursuit. As one, we fought for control - with varied amounts of success. If anything, getting through the first pitch added stoke to the fire and we started to let it go a bit - or in Mike's case, a lot. Pitch two was far more wild, and we all experienced the same thing over and over: blind entries into elevator-shaft steep sections with rough, slippery patches. More than once we found ourselves partway into a section without having had time to decide whether it was a red light or green light. Too late, you're already in it! And, thanks to the greasy conditions, stopping before the bottom was not an option. Hit the brakes too hard or in the wrong place and you would tumble ass-over-teakettle into the abyss.

Welcome to the Octoflugeron. Where our only chance for a safe exit was to hang on, let off the brakes, aim for anything that looked like a haven of traction and hope for the best. The hooting and hollering was one part joy, two parts fear, with a pinch of prayer that bike and body would deliver us from peril. As we arrived, one by one, at the bottom, the same words left each of our mouths: "holy shit, that was SO wild but SO much fun".

So quick you could miss it, but I can assure you that time slowed down during this Octoflugeron:

Perhaps part of the exhilaration came from the fact that we'd all been riding defensively since the coronavirus hit, and now we'd just carved a fiery path down something we normally would have avoided. That may be part of it. But I think the main reason we were all buzzing after just a few short minutes was that we'd each experienced our own Octoflugeron, all together, at the same time, and we'd each come out of it okay. All that body english left us without the capacity for original speech. Holy shit, that was so wild but so much fun.

...the scenery, the company, the fresh loam, my bike running perfectly and I rode well enough to look like I deserved to be on it, the beer at the top, the beer and food at the bottom... all of those things are indicators of good rides - often great ones - [but] I also discovered the key ingredient in the best rides. And that thing is the occurrence of an Octoflugeron and my ability to successfully navigate it.

Five of us gathered and basked in the flood of adrenaline that, coupled with the relief that we'd made it down without major incident, made for a heady cocktail. The ride was far from over, but we'd unanimously decided that it was already one of the best rides ever.

I found a few variations on the standard definition: one was 'an impressive, although unintended maneuver'. Our Octoflugeron was also nature's way of telling us to pay more attention.

Riding a fat-tired bike down a steep, rocky slope may not be as cool to my 10-year old self as flying a massive fire-belching jet off the end of an aircraft carrier, but my sub-par eyesight and lack of US passport made the first thing a non-starter, so the last 20+ years of playing at bikes in the forest has been a pretty damn good consolation prize. Every time out, I'm reminded that riding bikes is as good as it gets, but now and then, it's even better.

Flats or clipless: both, but mostly flats right now

‘Negative Ghostrider, the pattern is full!’

That front wheel washing on the rock made me uncomfortable, then relieved. Mission accomplished.

That makes two of us.

Did this yesterday, spurred on by the SemiSlick discussion.  Found a new favorite trail, and most importantly managed to string together 5 consecutive two-wheel drifts that all left me inches from sliding off the trail into 8-12ft dropoffs.
Totally different (easier) set of trails, but yeah, same effect observed.

1. I'm glad that Andrew's article inspired you to try riding a tire with a long, bald strip.

2. I'm even more glad that as a result, you didn't use up one inch too many and head into the abyss.

3. Rides with Octoflugerons for the win!

"the back seat is where the RIO (Radar Intercept Officer) sits."

You mean the GIB?

Yep, also known as Guy In Back.

That rock slab is a no brake slab.  seen a few folks slide out :)

And normally that's what I do, but this time I came in a little too far on the left and used a little brake to help straighten out, but it was the wrong day to do that ;)

I'm aware of DCS World and I'm deliberately avoiding all contact with it. Can't handle the temptation.

That portion of that ride was all OctoF all the time. So much fun.