Sea Otter offers more than just the chance for the bike industry to get together at the beginning of the season, but it’s also the first time you will see many of the newly announced products in the flesh. Once again we’ve endeavoured to document a range of product – enjoy! 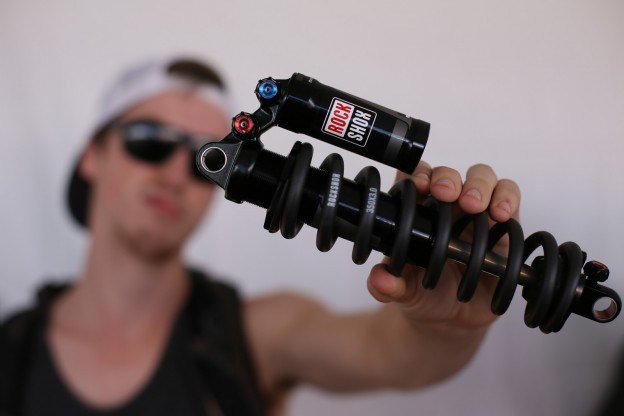 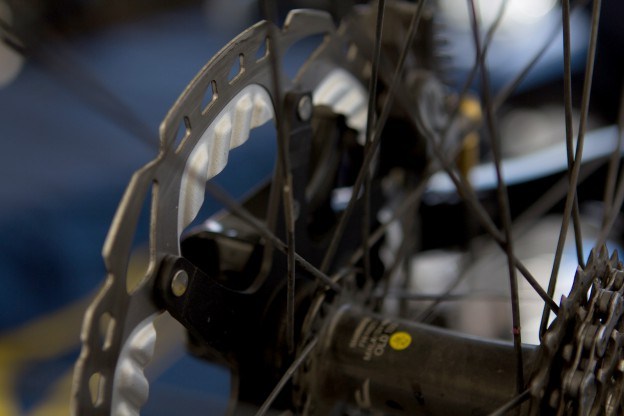 Saint waffle rotors. World Cup teams are finally starting to run these, which means we might see them hit the shelves soon. 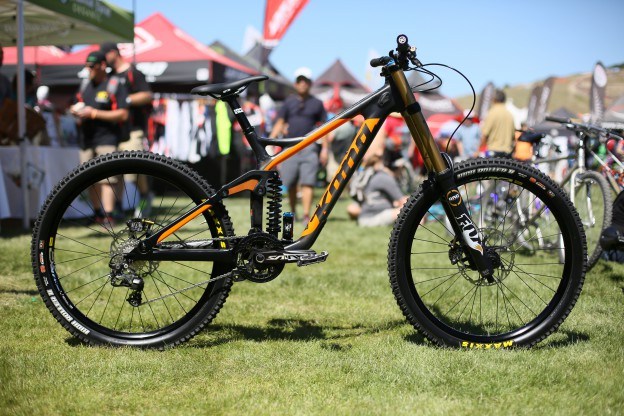 Kona’s new carbon Operator is causing quite the stir. 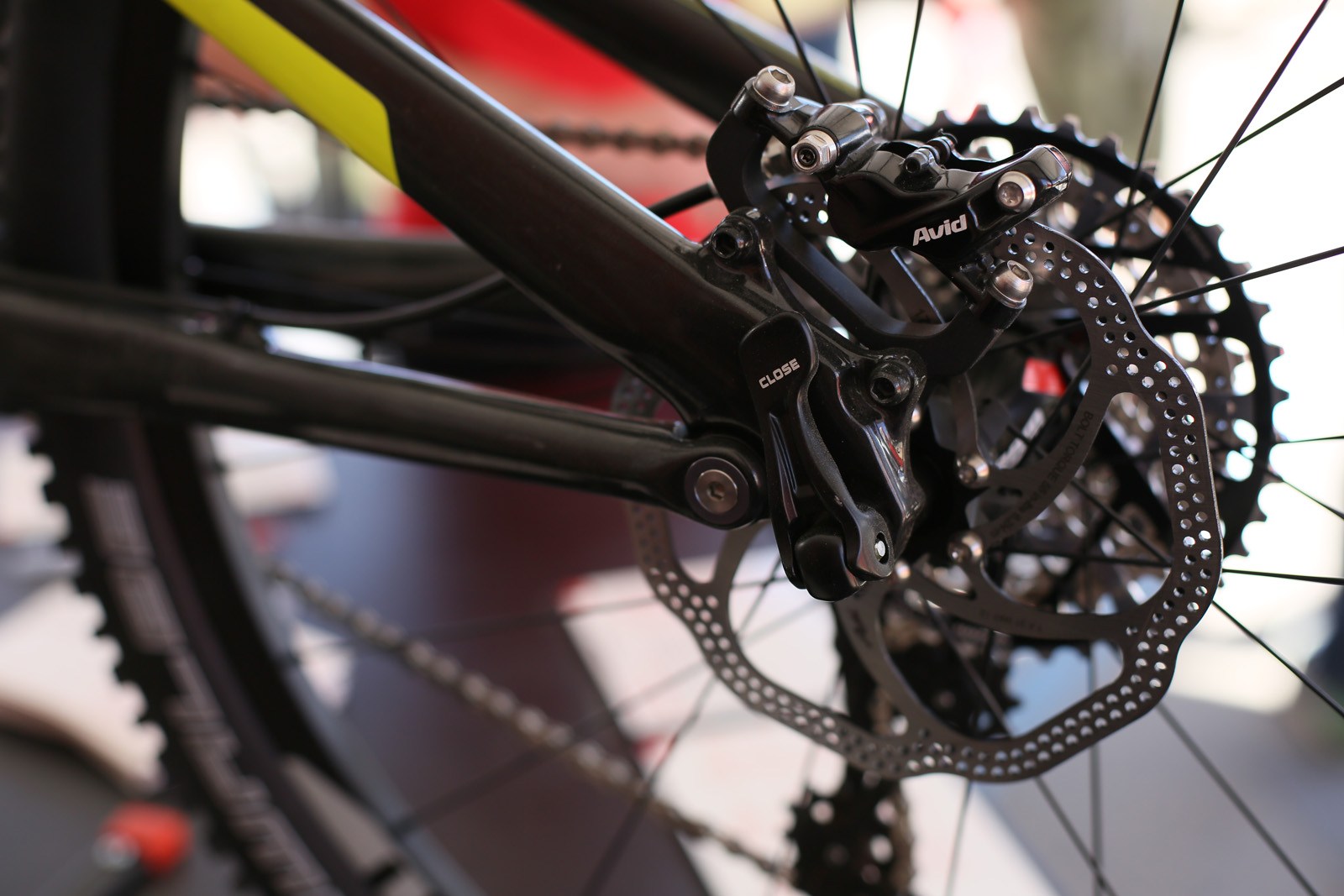 SRAM’s Roam and Rail wheelsets were also just introduced. They feature DT internals, a single spoke length across the board, 21-23mm inside width rims, and both carbon and aluminum sets in the 1500 gram range for 26″ (also available in 27.5 and 29).

Commencal is bringing BOS suspension to the North American market. 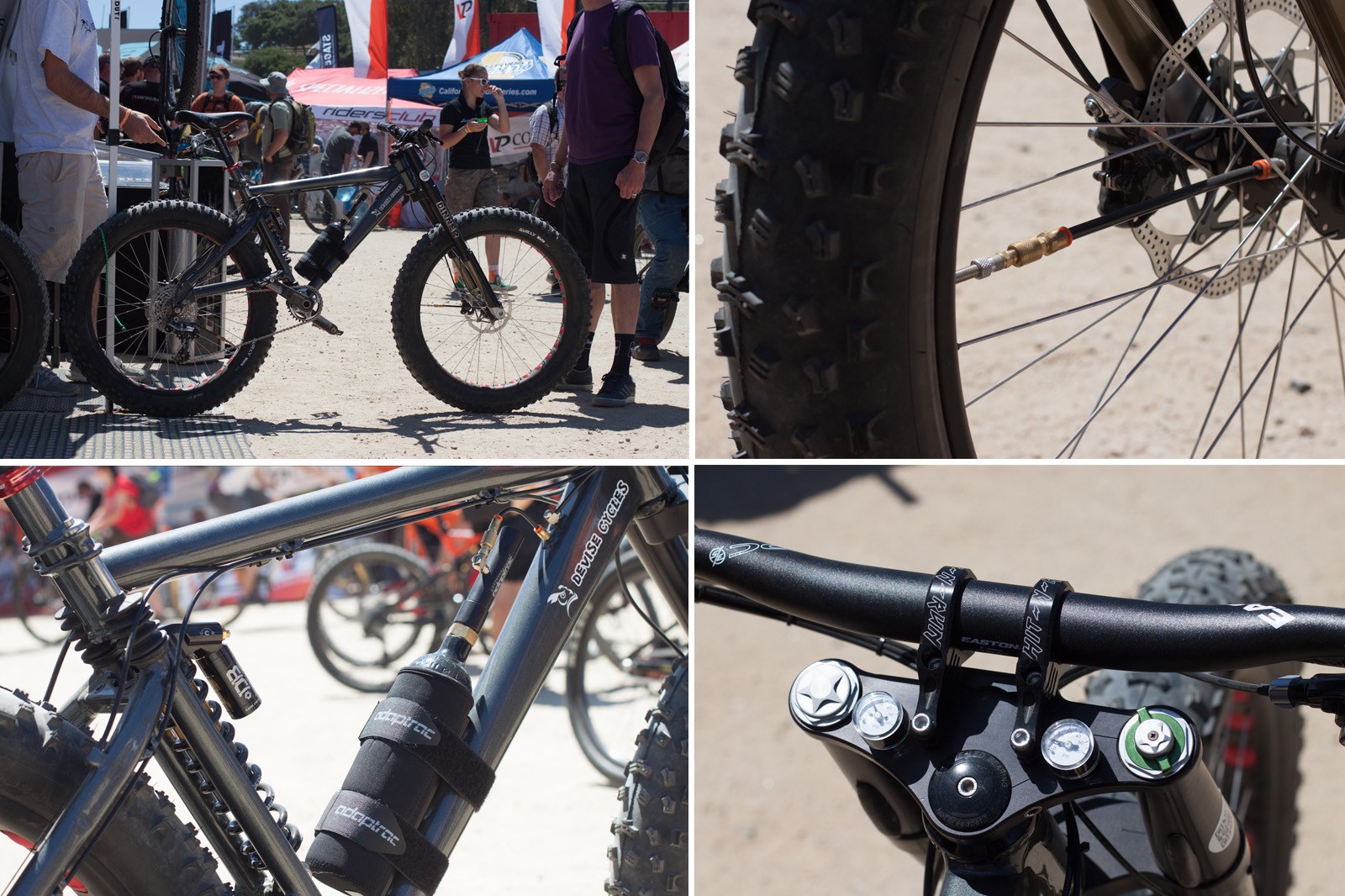 We haven’t spent enough time on fat bikes yet, but we imagine that being able to change your tire pressure on the fly sounds super fun. Plus, more dials and levers on the bar, because we don’t have enough of those. 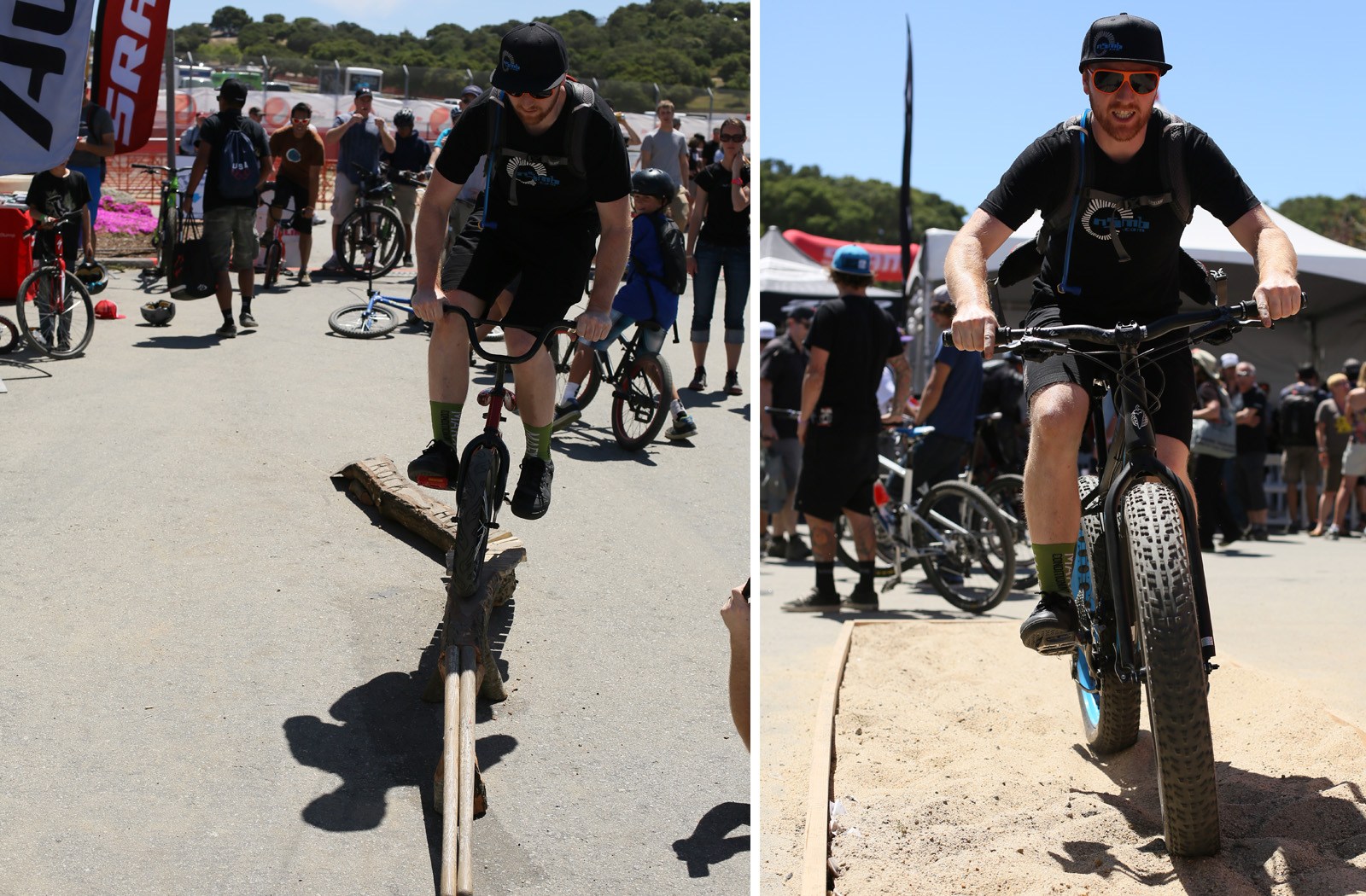 Morgan continuing to solve the wheel size debate. Once and for all. For sure this time. 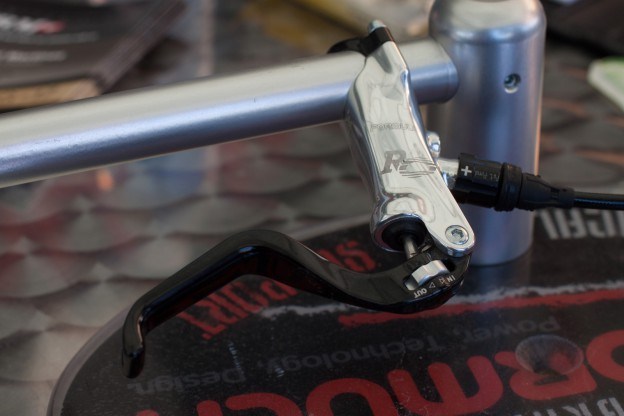 Formula brakes’ RO replaces The One. They have improved cooling capability built in to their oval calipers, Speedlock, FCS, carbon level blades and Titanium caliper and rotor bolts. All this at only 361 grams per brake (160mm rotor and 850mm hose). 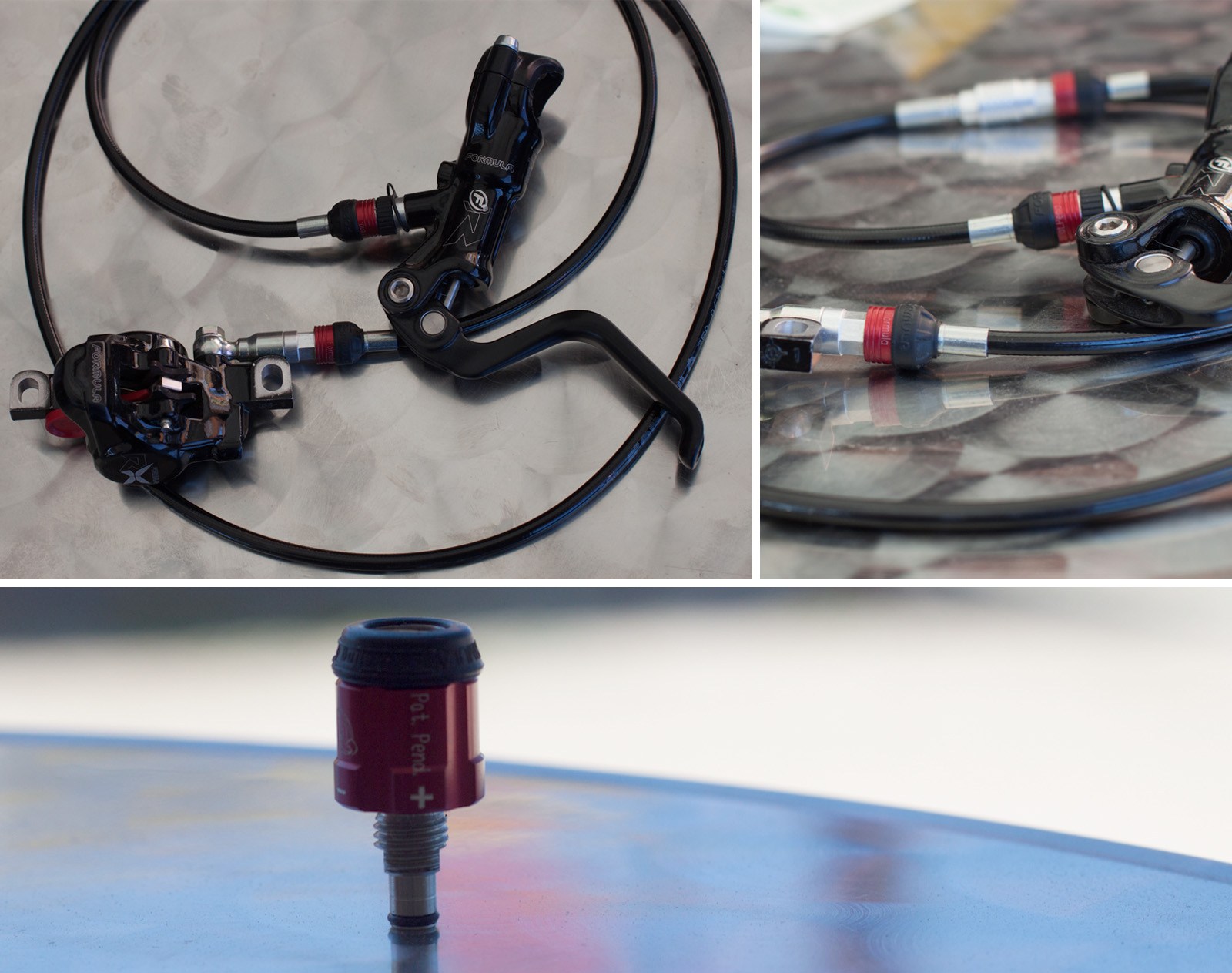 The FCS (Feeling Control System – yep ‘Feeling’) allows riders to adjust how far the lever moves before it starts acting on the fluid in the cylinder, versus other companies’ method which change the pad to rotor distance. Then there’s Speedlock, a system that allows you to disconnect the hoses at the master cylinder, caliper, or anywhere in the middle of the line and re-attach again without requiring a bleed (godsend for retailers and race mechanics).

Fox’s Float X shock replaces the DHX Air, and is a completely new design. Intended for bikes in the 130mm to 180mm range, the piggyback allows for more oil volume and better damping control.

Along with the Float X comes a new 34 Talas. Travel adjust between 130 and 160 via a completely redesigned air spring which is closer to a Float spring than the previous Talas. 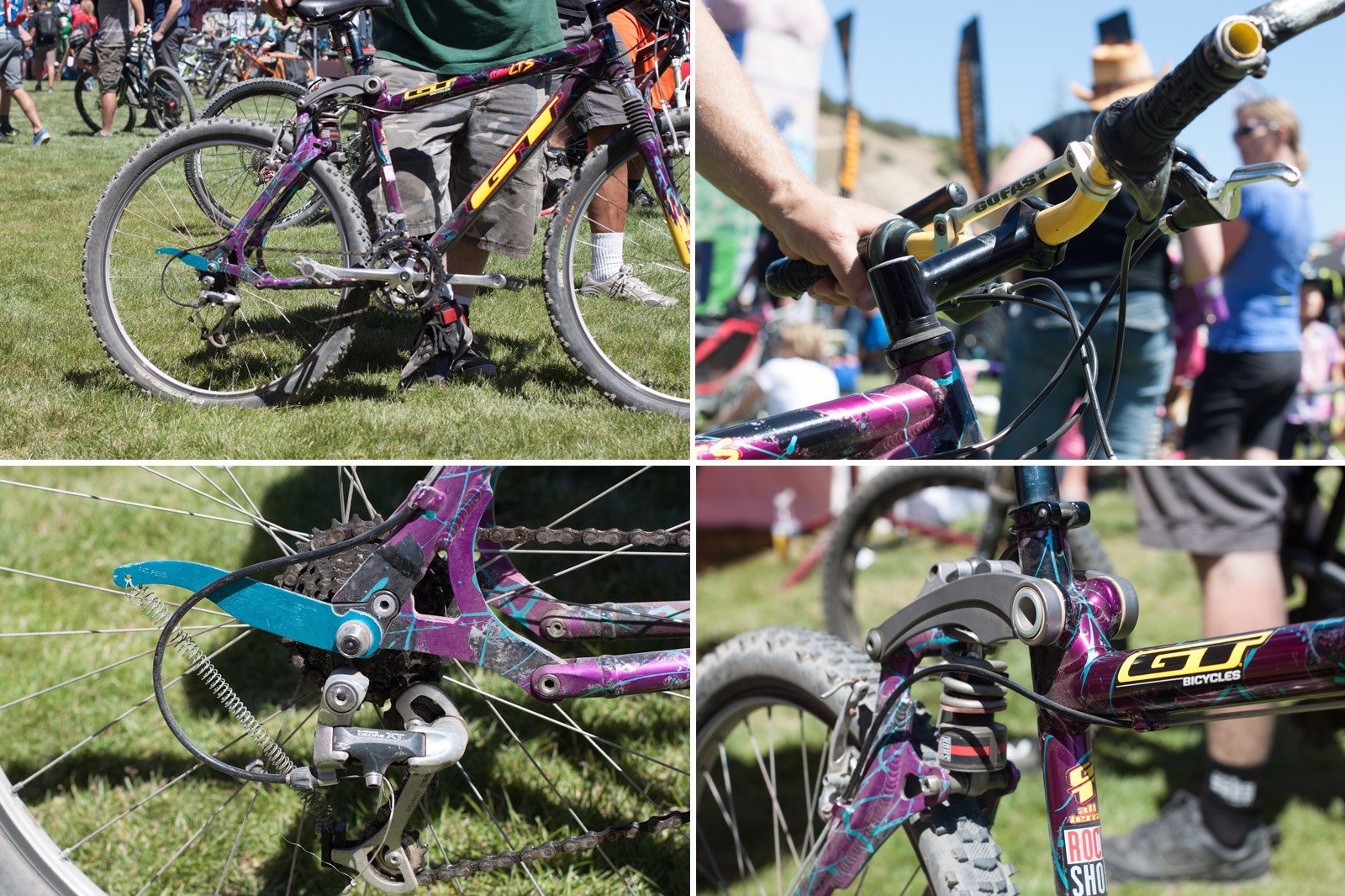 Classic oldie. Original clutch derailleur, Onza bar ends, Club Roost bar brace, sweet custom-made late model Ti linkage. As we fawned all over his ancient Sh*tbike, this guy was gushing as if his Pomeranian had just won Best In Show.

RaceFace SixC carbon. Be wrappin’ it.

Another step in the front derailleur becoming obsolete. Check out the offset tooth width to better hold the chain.

RaceFace mudcrutch to stop mud from flying in your eye at speed, and a pair of kneepads that are one level above a knee warmer in terms of protection.

That’s it from the Otter for another day… see you again tomorrow!

Saint 'waffle' rotors have been available for a while. No one has them because:

how do the RF knees stack up against the neoprene part of the lopes pads (which I wear on their own all the time for trail riding)?

I also used the TLD Lopes inserts as my go to pads for trail riding but recently got a set of the RF pads. They are super comfortable and don't slip at all. So far they have been exactly what I was hoping for a glorified knee warmer with just a touch of padding in the right spots.

thanks for the info, starting to look around for a replacement, will see if I can track these down for a closer look

I don't think any other 'pad contact' adjustment works any differently.

The Float X is a nice shock, works very well in the 2014 Meta SX frame with 36's up front. Despite what is stated in the photo tag above, the shock is not all new. Indeed very little new, mostly tried and true parts from the DHX coil, Float CTD and Van RC. Parts that have been well proven and tested and now assembled together in this shock.