As the last page of the  Stihl calendar (nsfw) is torn down and a whole new Pirelli (NSFW!) one pinned to the wall, the web likes to go list bonkers. There’s a slew of 2014 Best Of, Year End, Top Ten lists out there, so I figured why fight the tide of easy pickings when I can pop up onto the nose and hang five all the way to the beach.

Here are seven additions to the ever growing list of End Of 2014 lists.

Beyond The Bike
The first episode of BTB was a bit of a head scratcher (a pro racer complaining about being gifted so much yet not having enough) and some of the others seemed a bit flat, but recently the subjects have got better and better. So much so that I think it’s easily the best example of journalistic storytelling in mountain biking being transferred to video format. The Casey Brown and Cam Zink stories are exceptionally well done; brutally honest and engaging. Props to Lacy Kemp and Jasper Wesselman for unraveling the many elements of the complex stories and putting them back together in a lucid, well constructed package. I hope future instalments build on the interesting characters and deep stories. 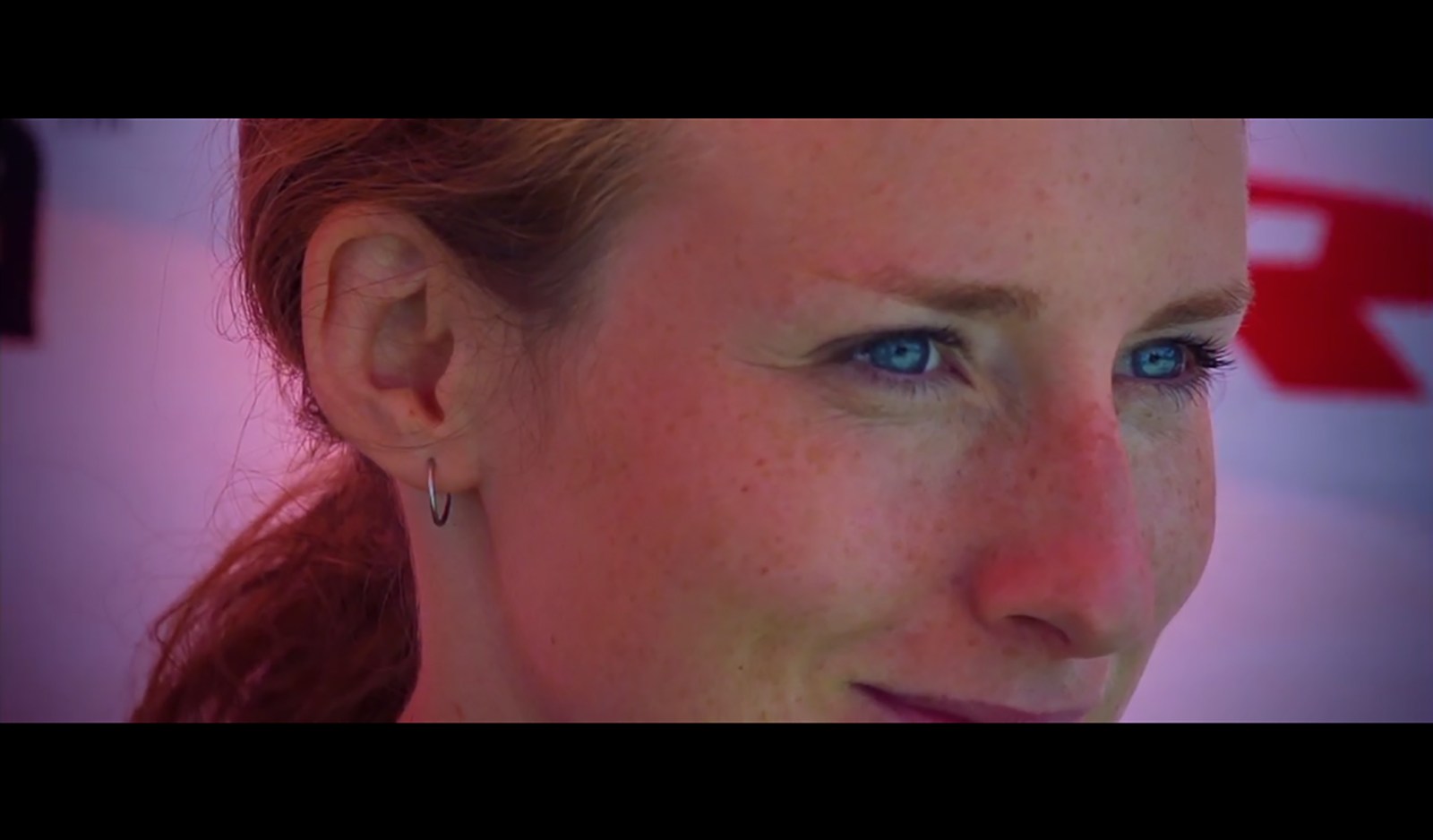 Casey Brown was a fascinating subject for Lacy Kemp and Jasper Wesselman’s Beyond The Bike series – shot for DirtTV.

Joey Schusler
This young guy has been popping up everywhere, both in front and behind the camera all year long. He’s a true mountain biker in the sense that he uses his bike for exploration, excitement and personal discovery. There doesn’t seem to be a spare moment when he isn’t outdoors doing something incredibly adventurous and creative. Following him on Instagram is painful because he’s always doing something extremely cool and adventurous. His account fills me with FOMO and envy in equal parts. The only thing that stops me from hating his prolific portfolio of awesomeness is the tiny hope in my mind that he’s probably so wrapped up in seeking and planning his next excursion that his work colleagues think he’s a total flake. However, this is probably just my wishful thinking; he’s probably regarded as a bloody great chap and a hard worker too. Bastard.

Team Robot
If you aren’t obsessed with the inner workings of the mountain bike industry and media, you may have missed  TeamRobot. Charlie Sponsel’s hilarious and scathing take on mountain bike culture and conduct is a breath of fresh air in a world of media more than willing to do shoeshine work. The guy is already huge (which is why he doesn’t need to run his dropper post slammed to the frame) but the future is going to be interesting for him. Either he’ll continue to climb the ranks (over the bodies of his victims) because he can maintain a critical distance or there will come a day when his parallel life as a pro mountain biker and high profile blogger/critic/vitriolic cannon, clash. Someone should register CharlieSponselJumpedTheShark.com and start taking wagers on when he loses the humour – or he fears biting the hand that feeds him. I hope it’s a long time from now. 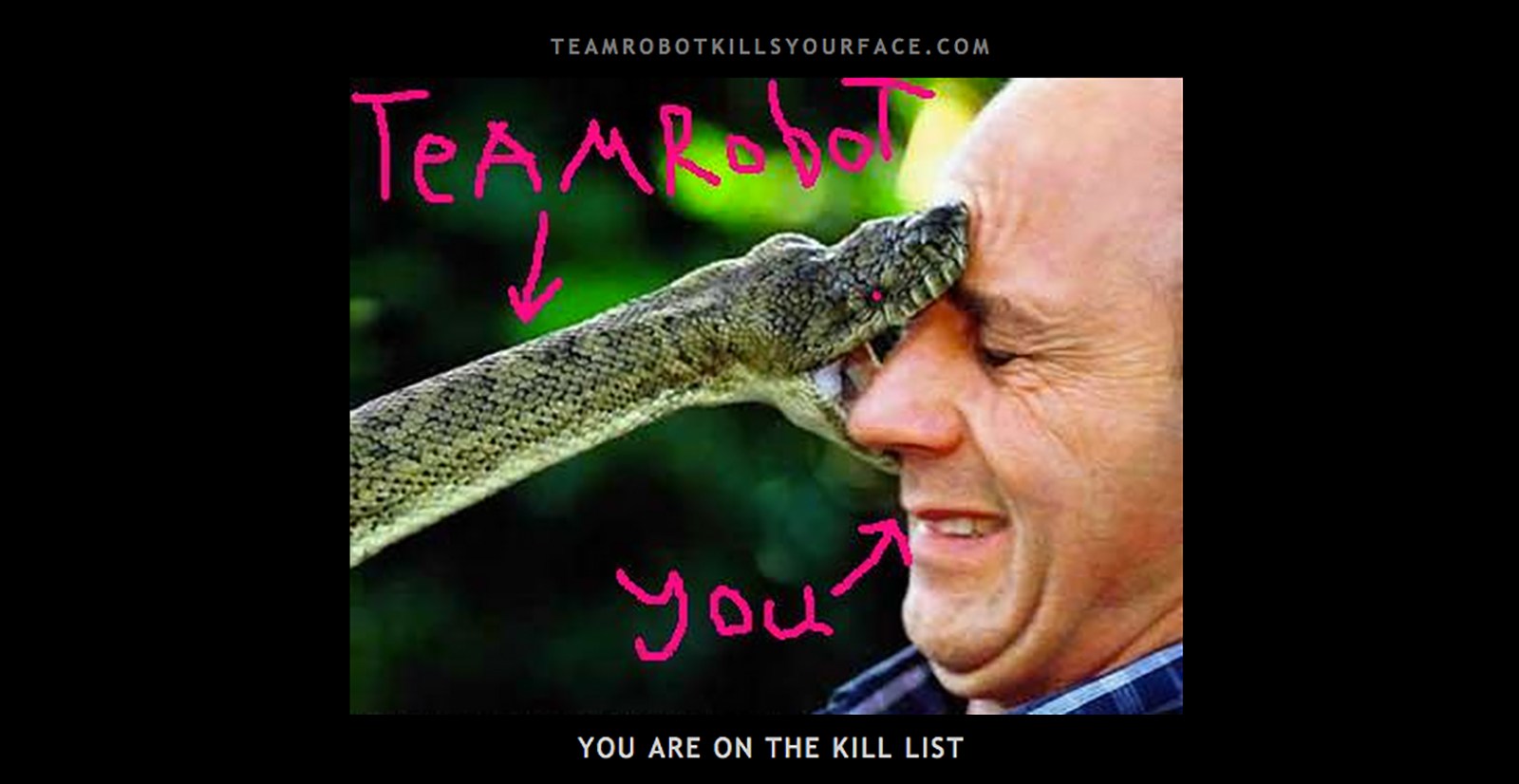 In case you were wondering what TeamRobot thinks of your opinion…

TheBicycle.
For the 207th year running the bicycle takes the award for Best Bicycle Related Product. No matter what kind of bike you ride it’s the best. A bicycle gives you superhuman powers, an escape pod and nutrition for the soul. Every other bicycle related product is just a distraction from the essence of riding.

Fest Series
If it ain’t broke don’t fix it. But if it is then you’d better bloody well be ready to apply a little elbow grease. That seems to be the outlook of the chaps behind the Fest Series, a radical new event format that celebrates evolutionary performance over competition. Some of the nuttiest and boldest bicycle riders banded together to hold a collection of ‘Rider driven freeride mountain bike events’. Lead by people such as Makken, Andreu Lacondeguy, Graham Agassiz, Kurt Sorge, Kyle Jameson and Nico Vink, what we were treated to this year was some of the biggest, baddest jump lines ever envisioned for a mountain bike. Even better was that it is all conceptualized, created and enacted by the riders themselves. What comes next is likely to be very exciting.  Check out Loosefest here and the Hillbilly Huckfest here. 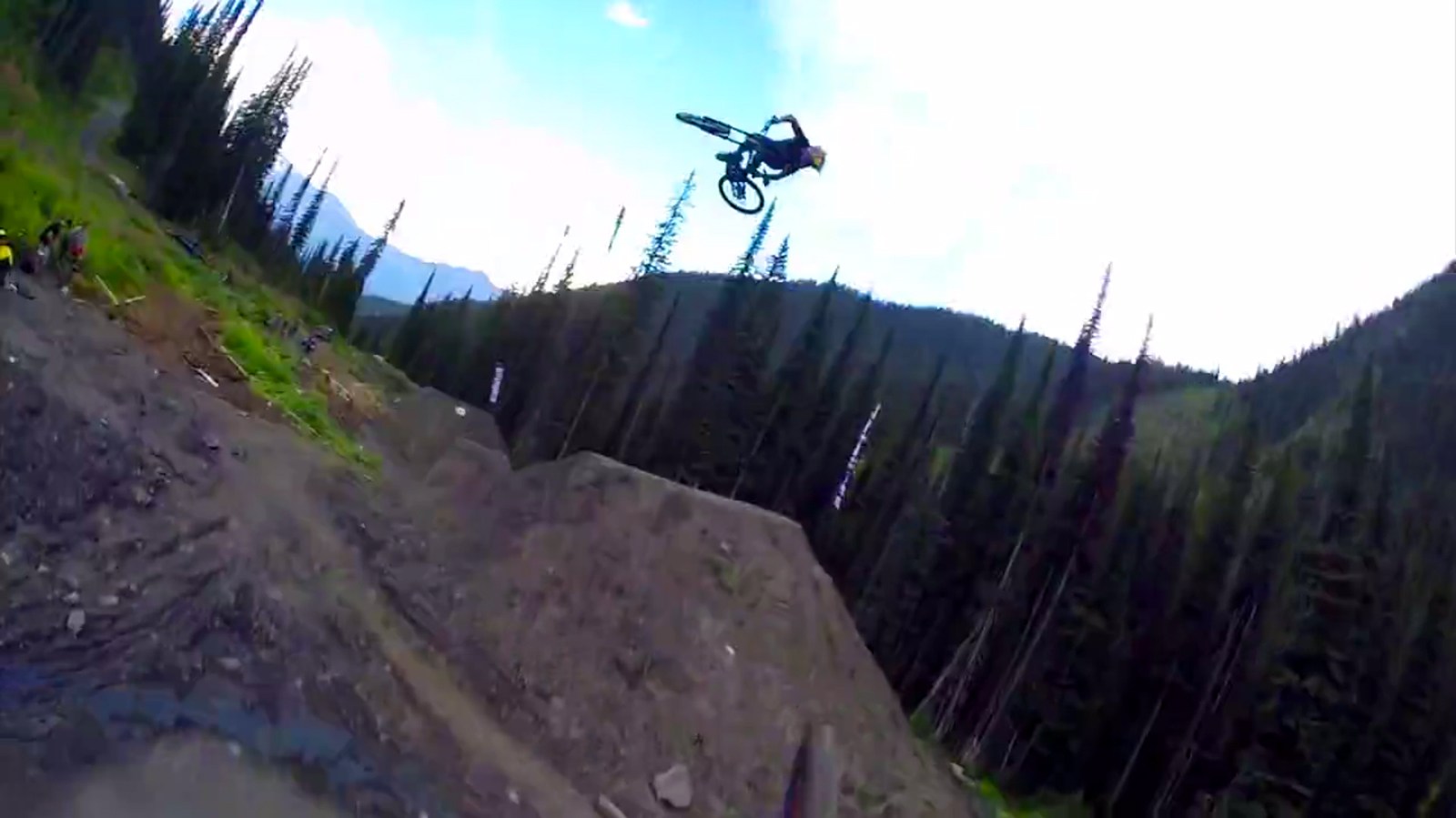 Burn It With Fire Before It Lays Eggs Award

Rise Of Enduro
Ok, we get it. Some guys who discovered enduro last month think it’s really cool and want to tell everyone why they should try it. However, if you’re going to make a 50-minute long “documentary” then perhaps it’s best to not start with a lie. In this case it was an opening section riddled with riding footage that was sped up. If this thing you’re talking up is oh so cool then you probably wouldn’t need to make it seem cooler than it is. This isn’t a bash on enduro racing but for the preachers to drop the dogma and deception. Cash for mountain bike filmmakers is scarce these days and it’s a shame that some of it gets diverted to create ‘films’ that miss the target. I hope very few people bother paying the $12.95 to download the full video and lessons are learned.

Print
To my knowledge no MTB print publications have closed their doors this year. This is good, very good. It might seem odd to be celebrating print publishing on a digital platform but that’s because no one has really, truly synchronized the experiences and benefits of both worlds yet. But I’m just saying this because I’m a soggy sentimentalist who grew up furiously suckling on print mags; it’s likely the current or next generation will be nourished in entirely different ways.

I was so glad that I watched the rise of enduro during a free online viewing. I'm not really into enduro but for me it's better than Sportscenter or whatever. Any bike racing is my version of "watchin' sports." But I watched this after work that day and fell asleep. I think when a documentary is really a long info-mercial trying to convince you how cool something is, it makes you think that thing is NOT cool. Whoever is trying to overmarket enduro is turning a lot of people away by being so phony with us.

great categories and selections. i wish everyone could put as much thought and creativity into their best of lists - though then i guess seb's wouldn't shine as bright

Unfortunately Seb, we did lose one print MTB title in 2014. Switchback:

I enjoyed it. Switchback kind of lived between Bike and Dirt Rag on the spectrum of MTB mags. And they did beer reviews in each issue.

it is entirely irresponsible to post a picture of someone riding without a helmet. please remove the picture of Harry Libby. as bad ass as he may have been.

Stop your Crying and go back to your PC bubble. I'm pretty sure we can tell by the "1896" that it's the "old" way of riding.

You took the bait like a champ. Hook, line, and sinker.