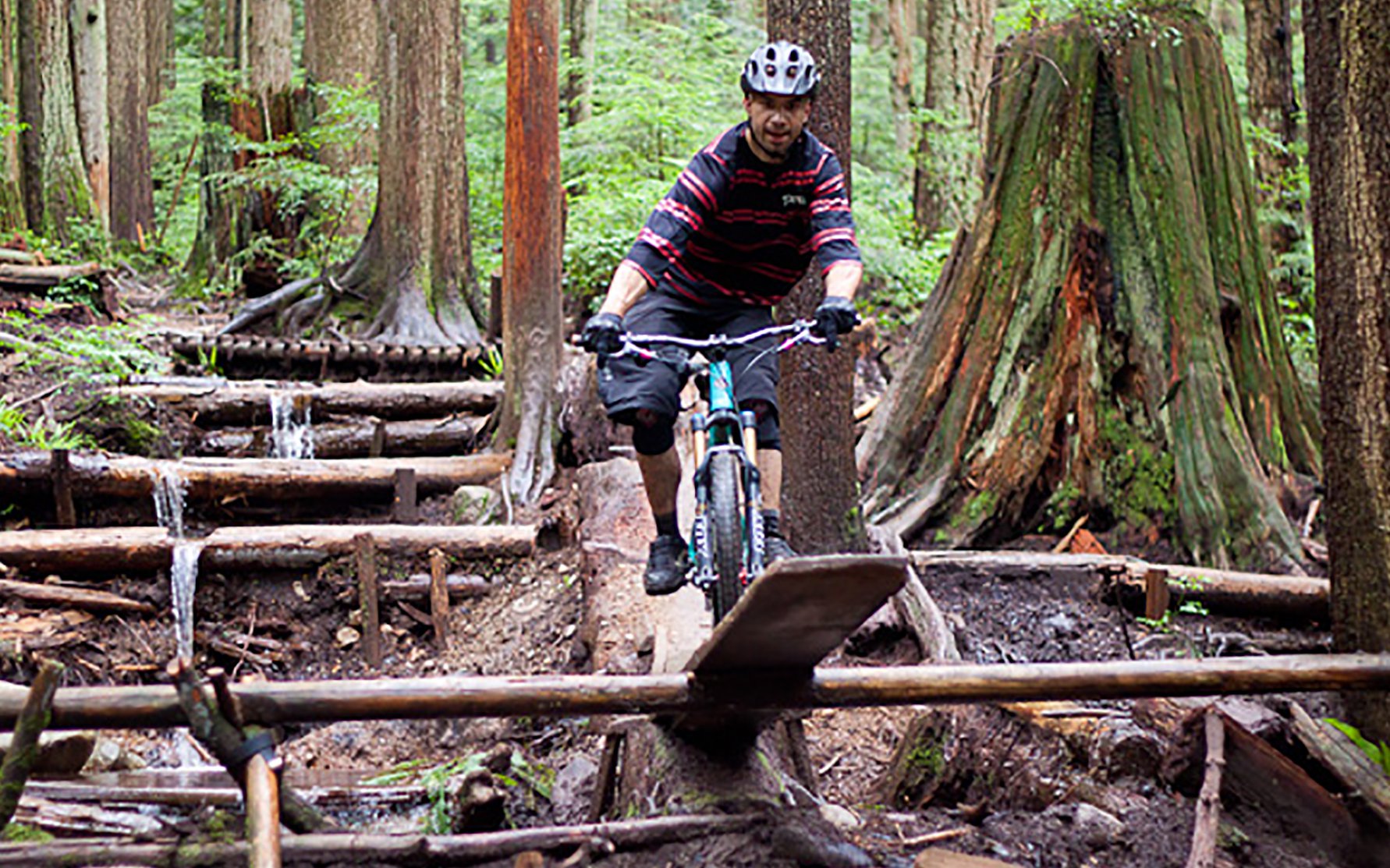 Teetering on the Brink

*It is important to note here that NSMB.com (where you are right now) is not the nsmbA - the trail association responsible maintaining and advocating for the excellent trails we ride. NSMB.com = online publication nsmbA = trail association. We do at times work together but we are separate entities with agendas that are different but that sometimes overlap. This article was re-published with permission from the nsmbA and was written by Association President Cooper Quinn

It’s not every day the Mayor calls (ok, the Mayor has never called me). But on July 2nd, District of North Vancouver Mayor Mike Little’s name popped up on my cell phone. In case you missed the hullabaloo, let’s go back in time a bit and see how we got here.

Many decades ago, on a mountain not that far away, a man named Todd decided to put a teeter-to….

Sorry. Too far back.

In late 2017, the District of North Vancouver Parks department – responsible for many things including the DNV’s lands on Fromme and Seymour and their trails – notified the NSMBA and other permitted independent builders that it was reviewing its risk management policies around recreational trails.

I think its important to understand some mechanics; we at the Association work closely with DNV Parks staff, on the trails, and in the board room. We understand that our position is not always in harmony with the goals and mandates of the municipality, but advocate for the interests of our members, and the community at large. We had advocated for teeters to be retained in the interests of the community, however we don’t have any authority. Policy, decisions, permits, and anything else is all ultimately up to land managers; in this case the DNV.

Wind the dial forward a bit to May 2019, and permitted builders on DNV land with teeters on their trails (Ladies Only, Pipeline x2, Boundary, Boogieman) had all been notified by DNV that teeters would need replacement with alternate features; the NSMBA understood this would take place in 2020. When the NSMBA was informed of the DNV’s final position – no more teeter totters – we agreed to hold this information until the DNV had a public statement through their Communications department ready. We advocated for as much transparency as possible in this announcement; rationale, timing for removal, and the legal/liability foundations of the decision. The NSMBA would communicate at the same time to explain what was happening, why, and give the public ample opportunity to get that last photo, or first ride, on these icons of the Shore. And come up with something cool to replace them with! 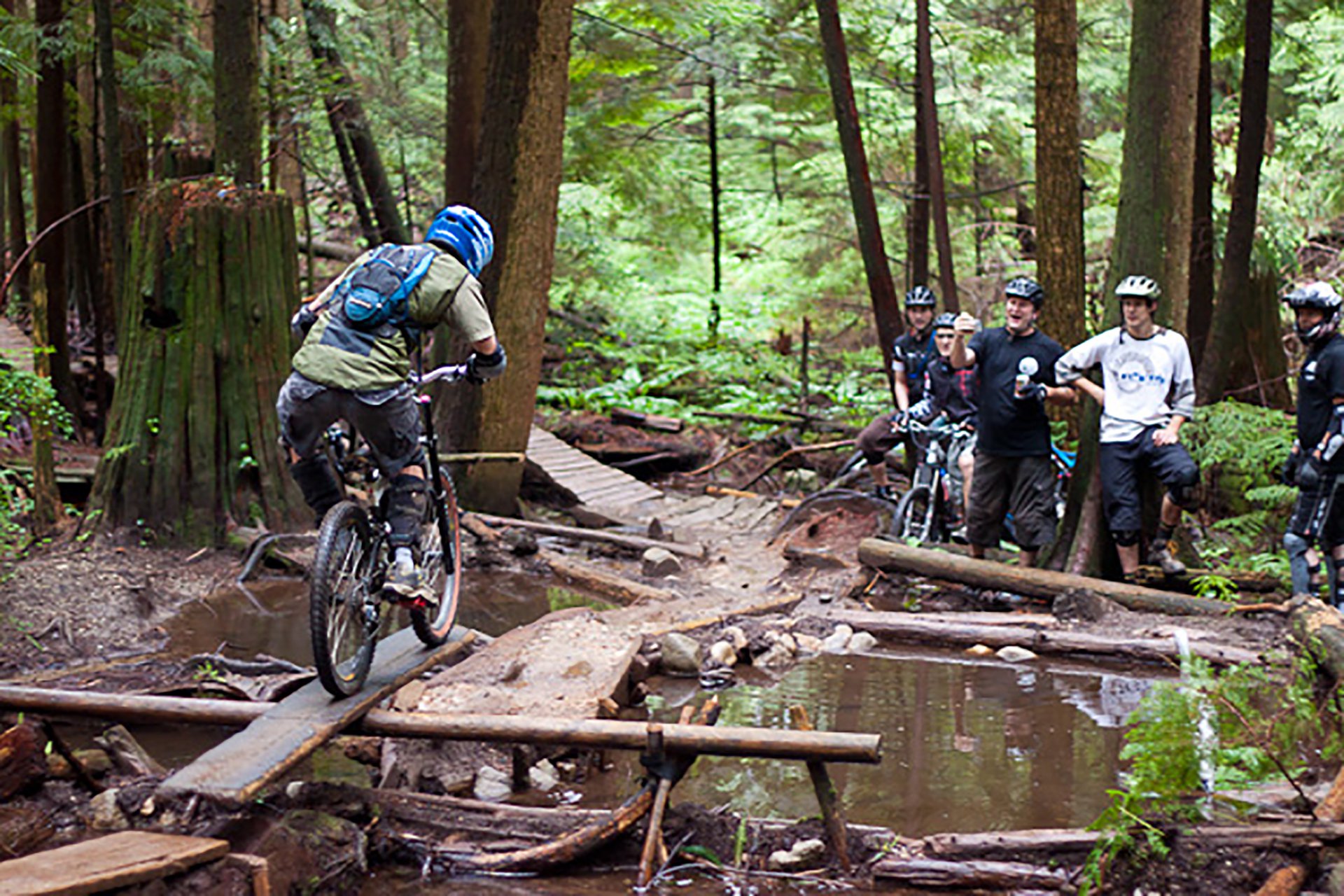 Cam used this image in an earlier article, its the iconic Ladies Only teeter totter, during the 10th anniversary party. This photo captures what they’re all about to me; having a good laugh in the woods with your friends, enjoying life, and not taking Strava times too seriously! Photo: Morgan Taylor

And then, to get colloquial, that plan kinda went out the window as the rumors swirled through the Cedar Telegraph, landed on the internet & social media, and I got a request from News1130 for an interview where they showed a written statement from the DNV that teeter-totter removal would begin “immediately”. A couple of days of Inbox (∞), and multiple news stories culminated in a Global News interview from the backyard of my in-laws in Victoria on Canada Day, and the word was out, and the community was speaking up, loudly.

We’re back to the beginning here, “Hello, Your Worship.”

“A part of the identity of North Vancouver is the mountain biking community and that close connection to nature. And a big part of that is the partnership with the NSMBA,” Mayor Mike Little, July 2, 2019 NS News

We at the NSMBA thank the Mayor, Council, and Staff for their action and hard work here; we know we don’t always make your jobs easier, and you have a huge amount of forces to balance. We appreciate that you heard the community, took the time to have a second look at the issue, and come up with an alternate solution that hopefully meets your needs, MIABC’s needs, and satisfies the desires of North Shore residents and visitors alike. How to quantify and balance the needs of an entire city is not a task for the faint of heart.

And thank you to the community – without your voices, your emails, this would have had a different outcome.

Personally, this was tough. I was definitely trying to walk a tightrope balancing the NSMBA’s relationship with DNV Staff/Council (incredibly valuable and important; they permit us to work on Fromme and much of Mt. Seymour, provide significant trail maintenance budget for Fromme, and with whom we work closely and regularly and need to continue to work with), with the clear mandate we heard from the community (incredibly valuable and important; without the social license and goodwill from the community and membership, the Association ceases to be relevant or exist). I’m sure some on both sides will think I teetered or tottered one way too far, but at the end of it all, I’m just happy the community can continue to enjoy these features for as long as the builders want to keep ‘em!

LOOK AT HOW HAPPY NIGEL IS ON THE CIRCUS CONTRAPTION!

Thanks for hanging in through all this disruption. With all the chaos across the border, it's easy to forget how easily things can go sideways up here too!