Summer of Grom – Ripping at age 9

As a kid, the highlight of my summer each year was cruising my BMX around the neighbourhood and camping trips with my dad. Now that my 9-year old son Weston has fallen in love with biking, I decided to make this past summer one that he would never forget. First, we needed to find the right bike. 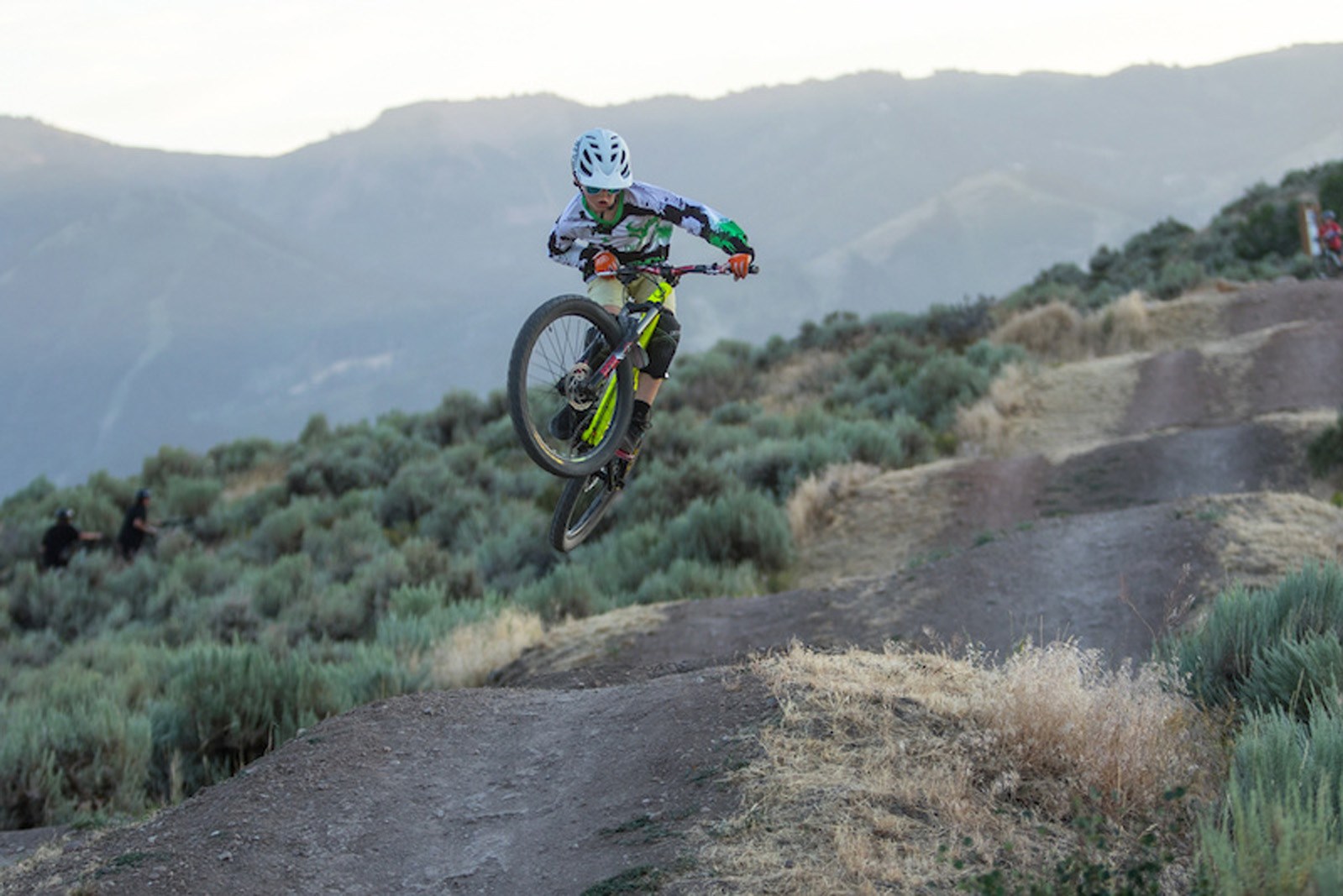 Weston had been jumping a little bit last year, but only at the local dirt jumps and nothing that made me too nervous. We went to a local dirt jump zone above Salt Lake City and started eyeing up a gap that he was scared of – it was a really smooth jump and I knew he could do it. As a professional photographer I wanted to capture this moment perfectly, but as he went in and committed to the gap I could barely even keep my camera straight and completely blew the shot. 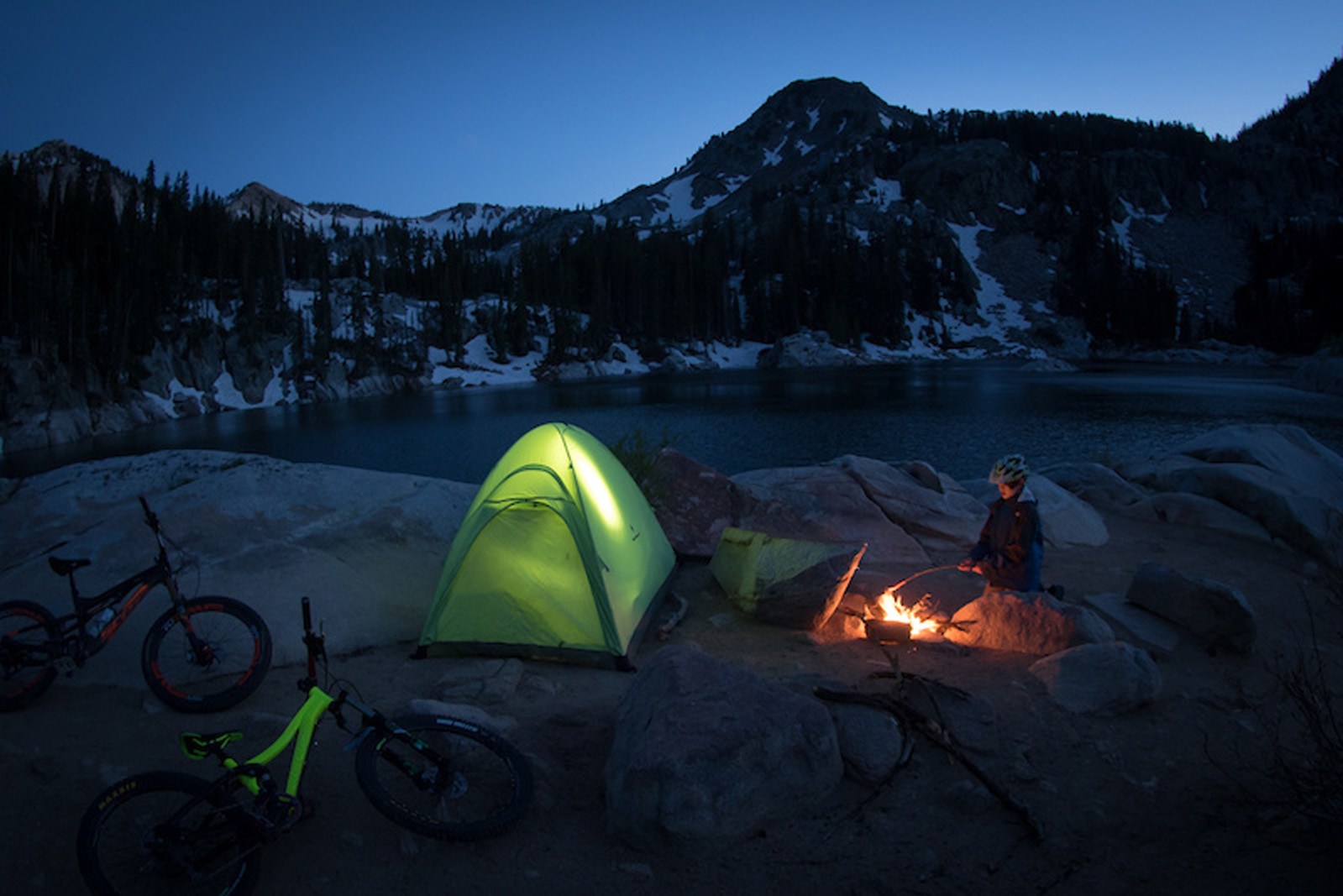 But there was Weston, safe and sound on the other side, with his knees shaking and heart racing. I ran over and grabbed him and we were jumping up and down like we had just won the Super Bowl. This set the tone for the summer – for Weston facing his fears, and for me to let go of his hand and let him progress in a way that would only be possible if he did it on his own. 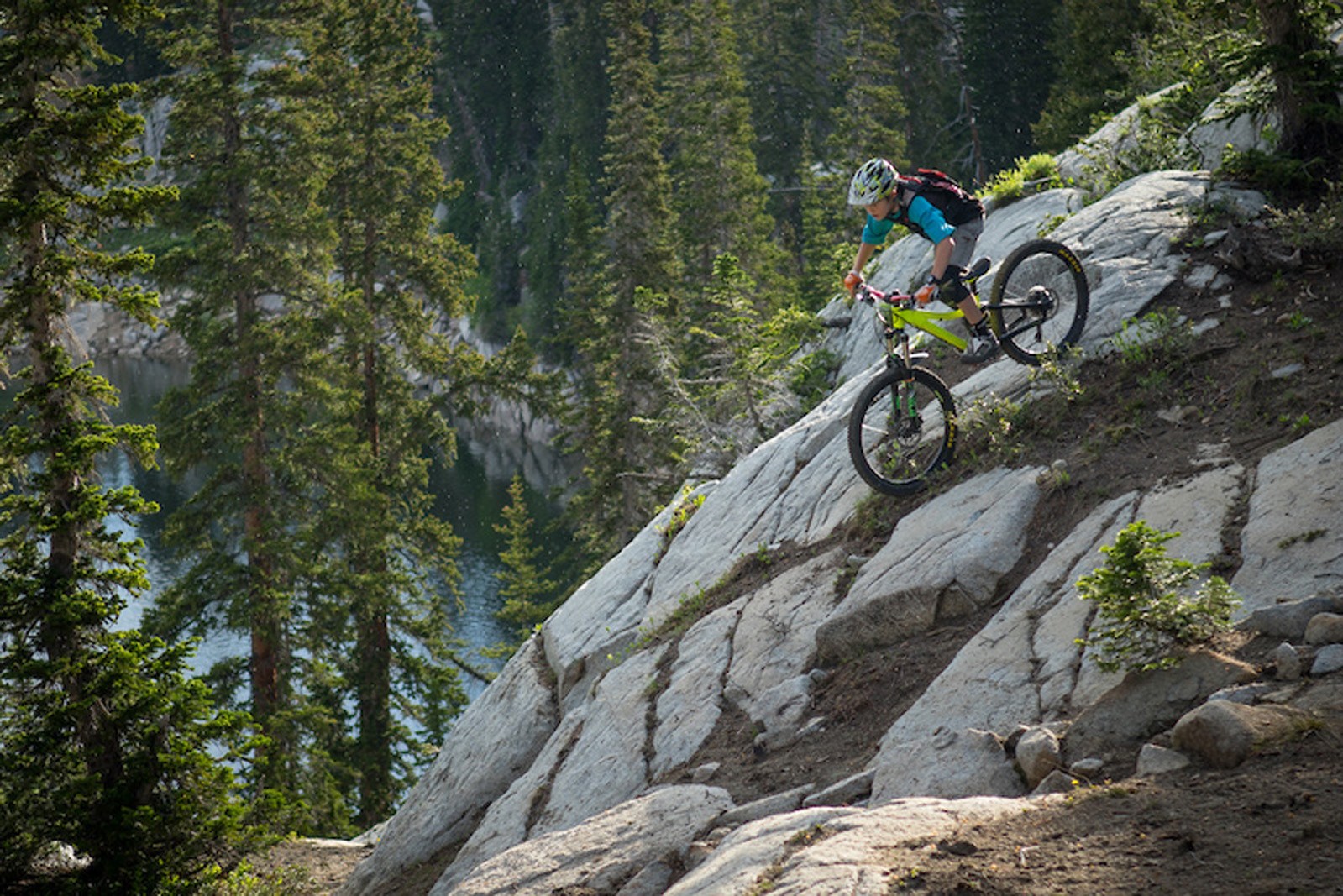 The next day we set out to explore some slabs to ride. Weston had never really ridden anything like this before, but after watching me ride the line a few times he went for it. It was so amazing to see his eyes open to what he could actually do.

As the snow started melting up high in the Wasatch mountain range, I thought it was time to do some backpacking. Brighton Resort has some amazing granite lakes that make for some really good camping and exploring. We tried to pack as light as possible, but I loaded Weston down with enough gear to give him the experience. It was a hard push up to the camping spot, but I was impressed by Weston’s strength and he was proud he had carried his own pack. 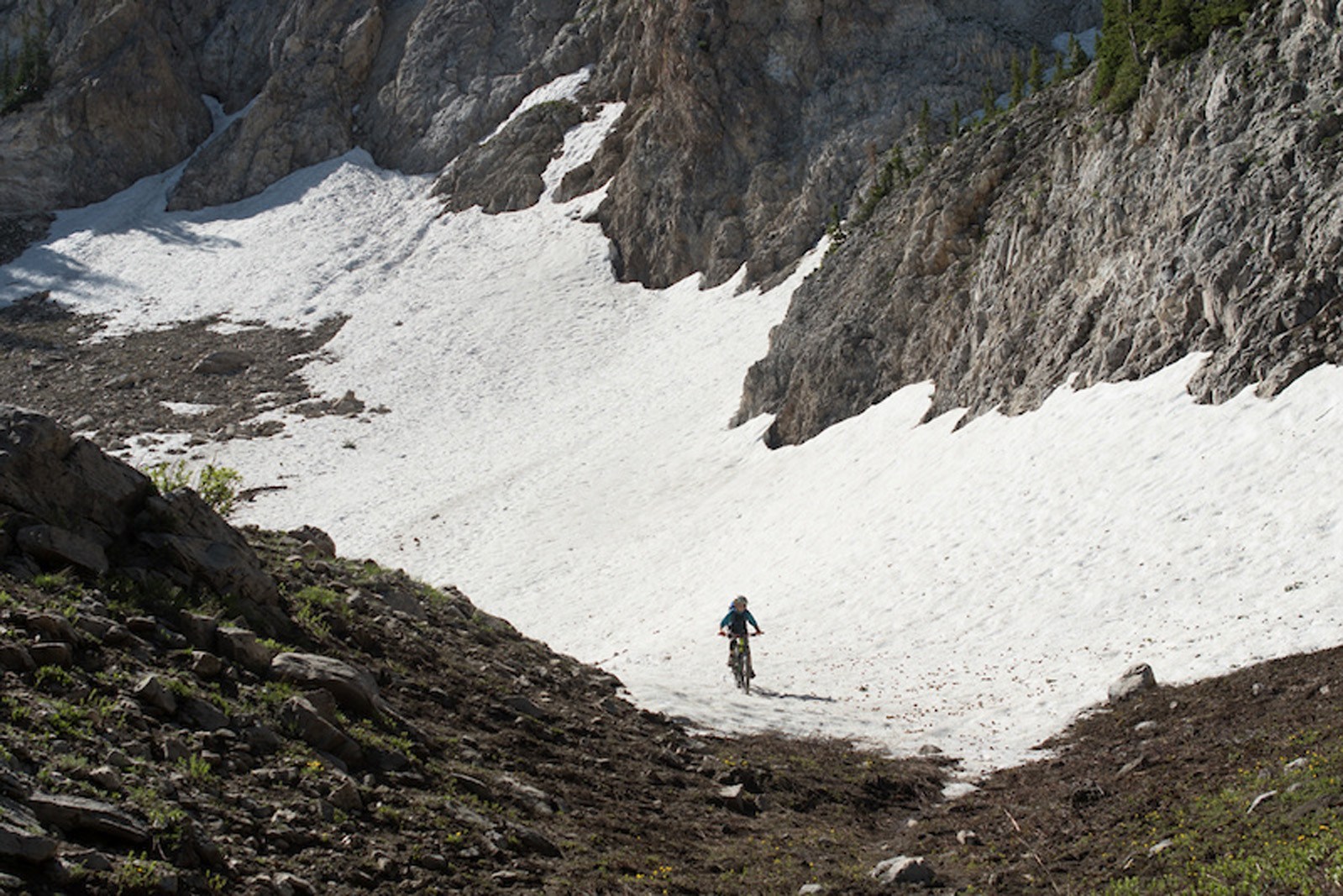 We packed up our camp and continued up the trail for another first – snow riding! Weston’s mind was blown that you could ride on snow…I think it was the highlight of the trip for him.

As our summer continued we looked into how to further his riding experiences. Weston and I had never raced before, so we looked into the Utah Gravity series and entered him in the Sundance Showdown downhill race. He was a bit intimidated, but we spent some time riding the course and figuring out rock sections and drops. 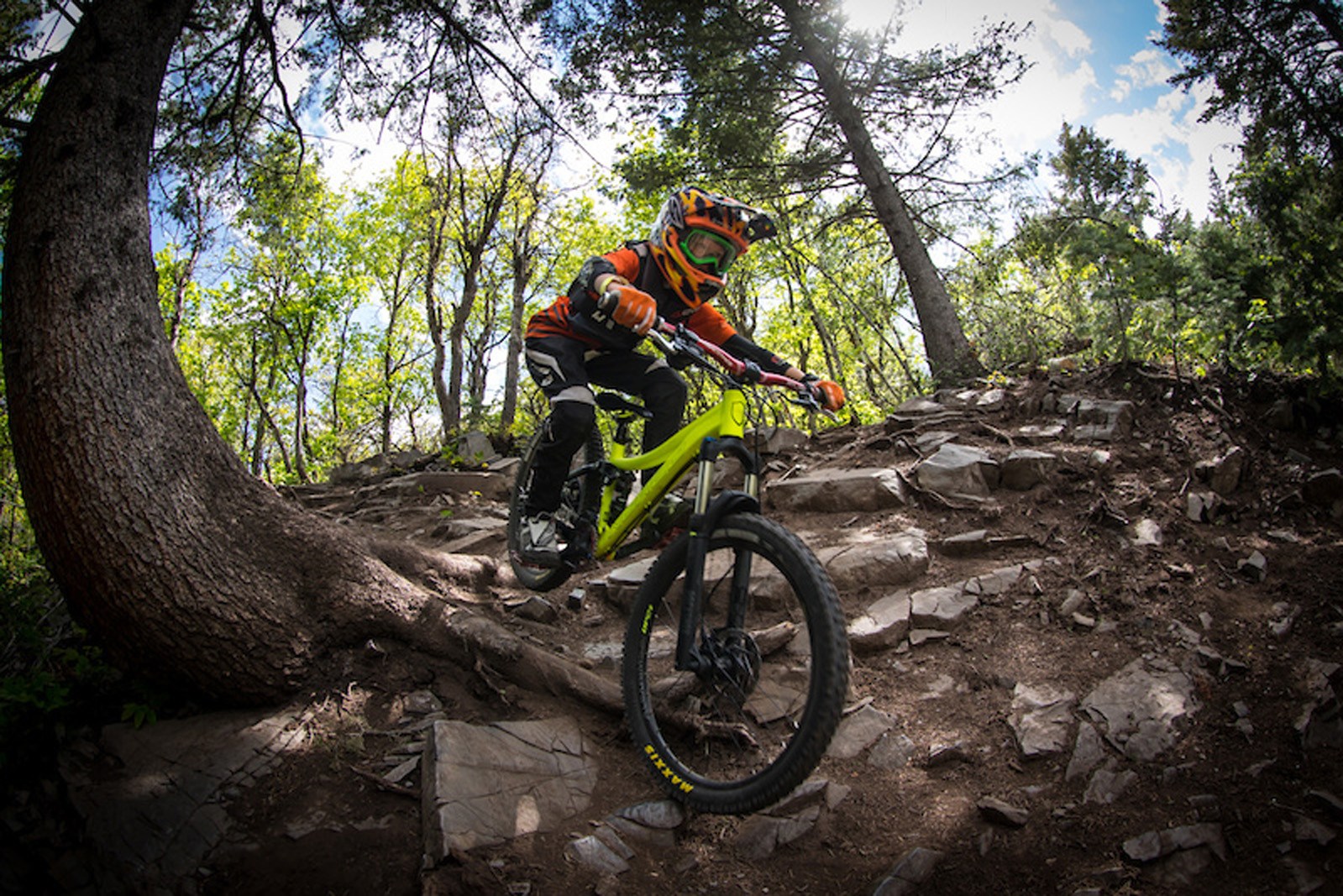 Weston did really well in his run even though he didn’t podium. We look forward to racing more next season.

Our next mission was to give Weston a taste of high alpine riding – snowcapped mountains and rocky ridgelines have always had a special place in my heart. Since the trails are hard to access, it would be necessary to hike-a-bike. By this time, I knew Weston is a tough kid and that sometimes all it takes is some jerky or gummy snacks to make him feel good as new. 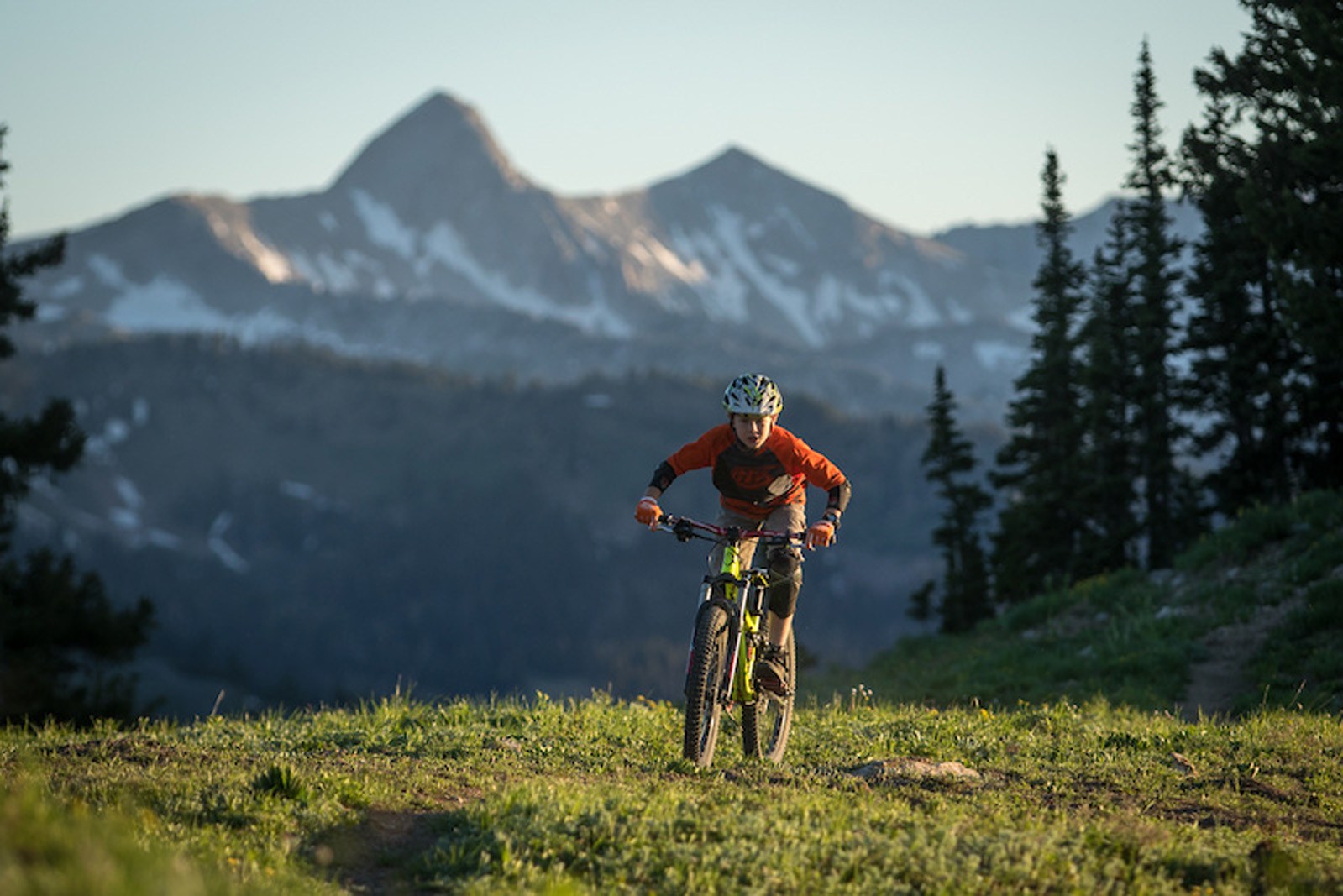 Sharing the aroma of wild flowers and the cool crisp air of the high alpine are experiences that you can only have if you put in the effort to get there.

Last on my checklist was the bike park. We shot the video below at Canyons Bike Park, with trails that run through the aspens and the best fall colors we’ve seen in years. Seeing Weston shred the bike park, I’m amazed how far he’s come since that first day on his Fluid when he was so scared to hit his first gap. It was a fun way to close out the Summer of Grom. 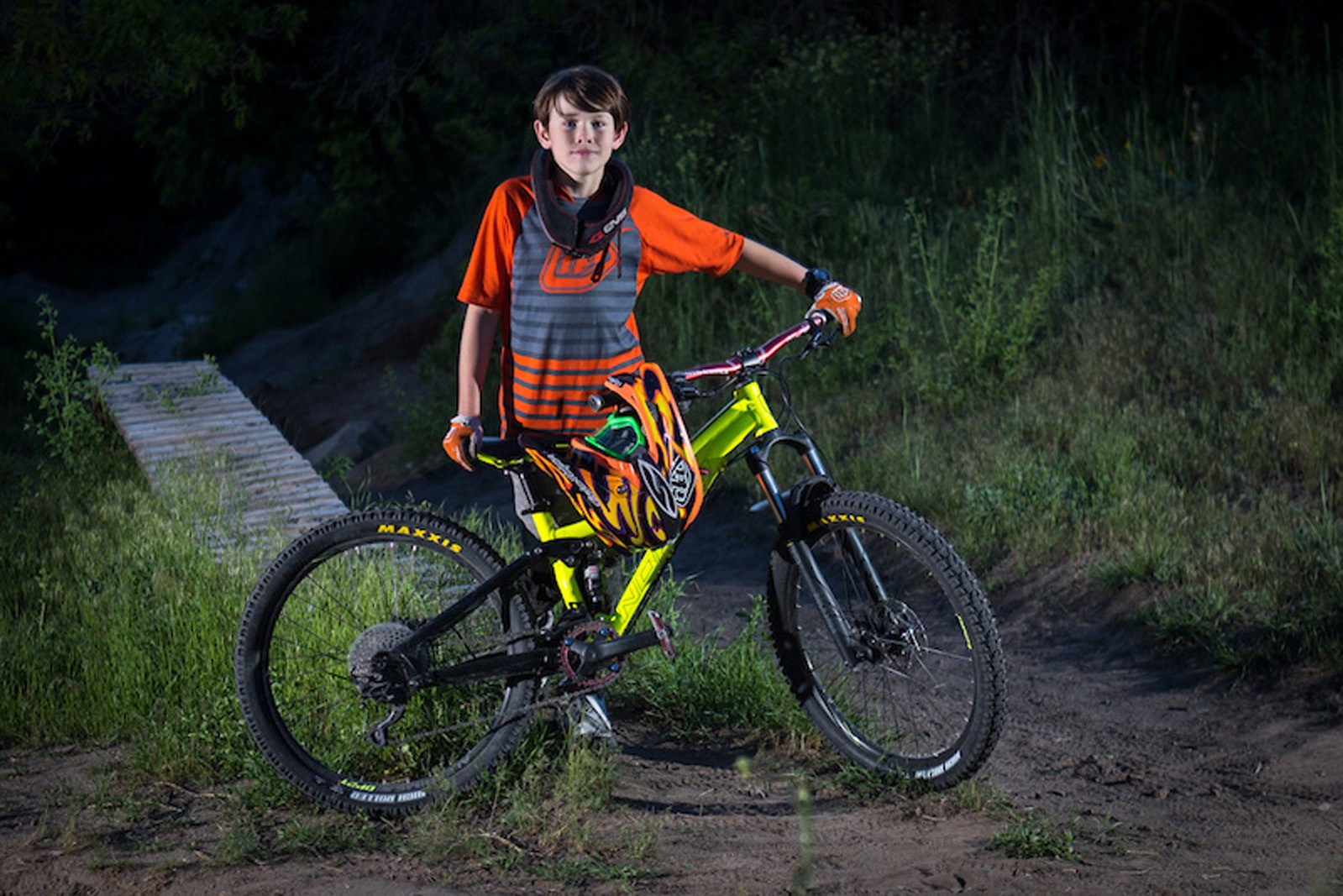 Weston with his new Norco Fluid 4.2

Thank you to everyone who shared in our adventures this year and to those who helped make it possible. Big thanks to Norco for making such rad little kids bikes! It made all the difference in the world to Weston’s riding. Many thanks to Demon Dirt for keeping Weston protected with pads, and to Sweetwood Jerky for keeping this kid going with jerky!

I think Weston's suspension could do with some custom tuning, his forks are hardly moving! An air volume increase and damper re-valve would make his bike much more compliant. Then see how much better he can go !!

He's a little ripper!! Am looking forward to seeing how well he rides in the future

What size wheel is he riding? I've got a 9yr old that needs a bigger bike. The 24 wheel size/frame is too small.