Stuck in an Echo Chamber

Unless something dreadful has happened, today should mark the end of a year-and-a-half of angst and terror that we have been referring to as “the United States Presidential Election”. I don’t know whether I should be happy, sad or scared by this, but, at the very least, tomorrow will be something new. A slightly less terrible new?  A world-shatteringly awful new? I guess we will see.

Even though I feel there is only one sane choice in this election, both sides have had their appalling moments. Unflinching ideological rigidity is never a pretty sight, and this election has created some ridiculous extremes. There’s no discussion, just blind adherence to whatever babble your camp subscribes to on a given day.

The nadir of this behaviour can be seen in the bafflingly ridiculous phrase “locker room talk” and the use thereof in swatting aside any and all criticism of Trump and his potty mouth/potty hands. Within days, this phrase was everywhere, repeated as if it was a well-known scientific fact on par with the theory of gravity. Nobody even bothered to develop a novel or interesting way to phrase it. Changing room banter?  Dressing room discussions?

Of course, the left is not without sin. Many left leaning online news sources have made dismissive assumptions about the average Trump voter. Even if their patron saint is a terrible human being, writing off any and all Trump voters as racist, sexist, mouth-breathers ensures that there isn’t a conversation to be had. How many people are voting Trump just for that sweet, sweet tax cut? If you write off an entire group based on what the worst of them bring to the table you don’t stand a chance of finding a middle ground with those whom you might actually be open to a conversation. They might even turn your insults into a rallying cry.*

It feels like there has been a lack of critical thinking, with each camp holing up in their un-questioning echo chamber. Everybody is 100% certain of their position on an issue that hadn’t even existed a day or two previously. The more facts that appear, the more entrenched everybody becomes until it all turns into a maze of self-deception, rationalization and repetition. It’s very easy to see these things when you aren’t really involved.

So, once again we’re at a point where you’re questioning what this has to do with mountain bikes. Time for an awkward segue, I guess.

Other than a government agency secretly throwing up “No Trespassing” signs all over one of our main trail networks, trail conflict appears to be in a relative lull in British Columbia right now. But it’s always lurking, just below the surface, getting ready to bite us all in the ass or some other unsavory place. I was very recently made aware of a personal connection to one of the trolliest of anti-mountain biking trolls and it really got me thinking about this. I waded through pictures of myself peppered with insane hashtags and dog whistles**, and I actually started to feel a bit sad for this person due to the delusional echo chamber this person had created for themselves. Through sheer repetition of words and encouragement from a small group of like-minded souls, the posts got crazier and crazier and crazier, to the point where no person could take them seriously.

Of course, this could never happen to us, right?  We’re just a bunch of middle of the road, mainstream citizens who have never even dreamed of having a crazy position on anything. Right?

Everything that we do in the name of trail access, construction and maintenance makes total sense to us. It’s super easy to write off any critics as kooks and imbeciles (especially when you use the most extreme as an example). But there is danger in writing off any critic in this manner. There is danger in not looking inward at your own convictions. There is value in taking a step back having a fresh look from a different perspective. I’m not saying that we’re wrong, but I’m curious about what a totally impartial person would think about our situation.

So, rather than answering a question this week, I’m posing a question, or at least trying to make you think about this a bit. What does our echo chamber look like?  What are the things that we tell ourselves that are actually kind of crazy?  What are our blind spots?  How do we find them?  If we can figure these things out, we stand a much better chance of solving some of these problems that we seem to continually face.

*Ya, I know.  My biases are coming through. I really struggled to write this paragraph. The only point that I’m trying to make is that if you want to create discussion, you’re better off not insulting your opponents. Can we just agree that this election has been terrible?

**And I have to say, not many things have made me so happy in my life recently. It was like I was the muse for an art school project and I was this really special little snowflake. This is the last I will speak of this. Unless there’s more tweets.

I feel like we’ve been a little too user friendly, the last few weeks. Time for something nearly unlistenable, that people will hate.

Polaris prize notwithstanding, Fucked Up are a band that seem to exist to piss people off. I mean, just look at the name. Fucked Up are not trying to get played on the radio. I remember reading an article someplace where they talked about adding a flutes, strings and such just to piss off their parents. This is dedication to a craft.

David Comes to Life is a rock opera set in 1970s England (created in the late 2000’s). An “18 song epic in four acts”. It’s hard to separate specific songs from this, but I do have a couple. And, honestly, if today leaves you with only enough time to listen to one 18 song epic in four acts from a Canadian harcore band, this should be the one.

"The Other Shoe" is a perfect example of the whole beautiful/ugly thing that Fucked Up seems to manage. It just seems to slowly build throughout its entirety and seems to just kind of drip with angst and sadness.


I’m going to throw "Serve Me Right" into the mix as well, purely for the amazing chord progressions buried throughout.


And just for sheer novelty and ballsiness, have a look at "Queen of Hearts". 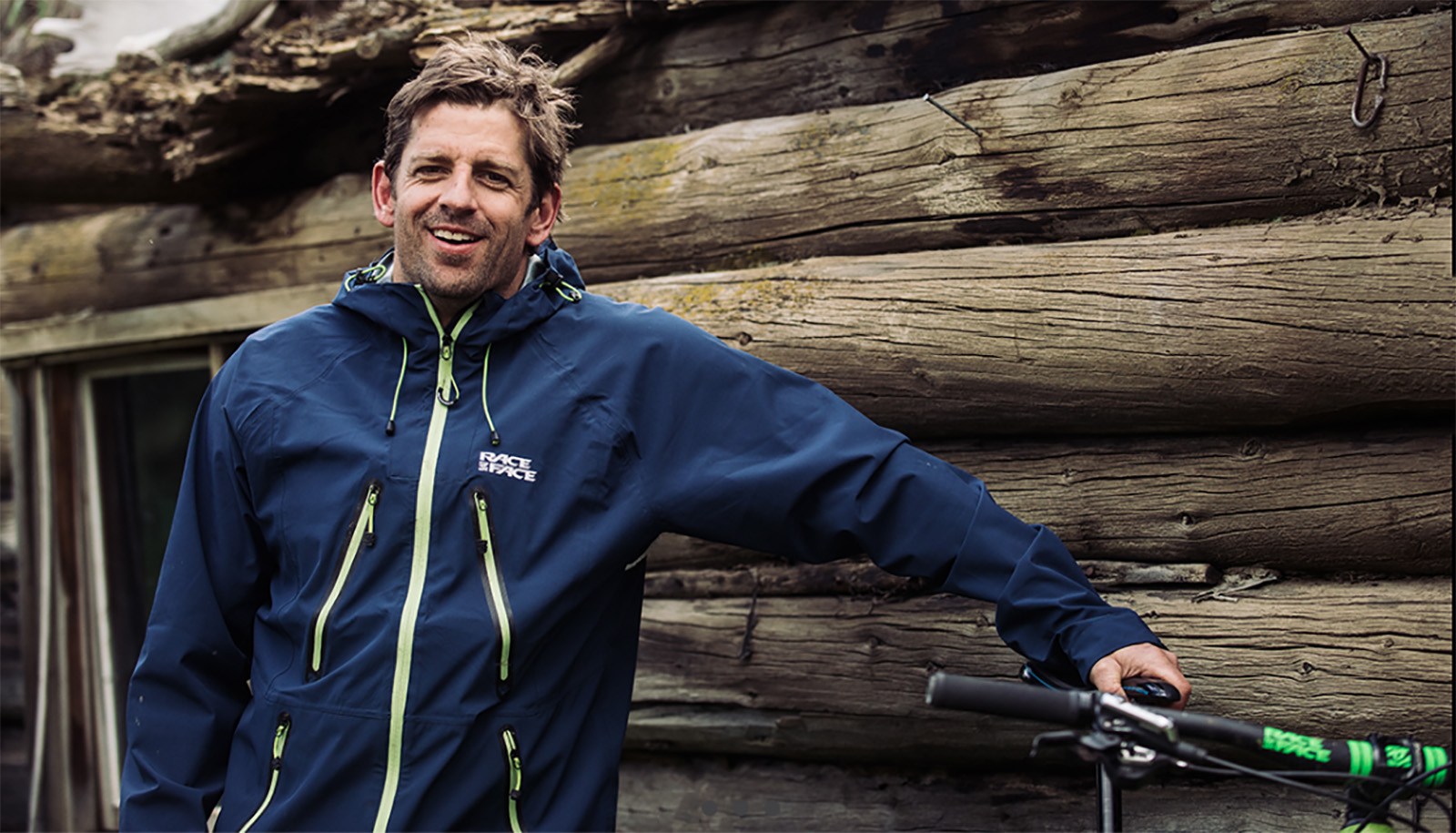 Wade Simmons models the RaceFace Agent jacket. AGENT JACKET. “Seam sealed and with a 10,000mm/10,000m2 membrane rating. 100% Polyester 2.5 ply fabric with custom printed membrane. Light enough for all day pedals and durable enough for bike park laps; the Agent jacket will keep you riding when the weather takes a turn for the worst.” Check it out here.

Do we have blind spots? Are we blinded by dogma? Send your responses or more questions to Uncle Dave – and you could win next week’s prize: a RaceFace Agent jacket.

So Uncle Dave has put a flaming paper bag full of shit on our doorsteps. Thus far it seems that everyone wants to close the door and pretend it's not there rather than deal with it.

I think the forest of the north shore is pretty awesome as a setting for the trails I ride. The history articles published here some time ago were interesting and gave me some understanding of what I see around me when I'm riding. In terms of the costs of building and maintaining trails, what do people here think is a reasonable balance? Given that the zones where we ride on the shore are not old growth, it relaxes the standards a bit I think. Maintaining some important aspect of geological history, something unique and/or longstanding, need not be a consideration. What the society around the forest values is the main consideration as I see it, and us as a major user group especially. It's hard to put into words for me, but I wouldn't want there to be too much change to the experience of being in the forest, riding itself aside. How many more trails do people think it could handle and maintain the same feel? Double, triple, more? And the environmental cost of maintaining those trails? This is just theoretical obviously, but with time that question could be more realistic.

No, I was wrong to expect that much from a group of people. My bad.

Its a common saying: 'Don't feed the trolls'

Another common, although much older, saying is: 'You can lead a horse to water but you can't make it drink'.

Do we have blind spots? Yes we have. We as mountain bikers. It's this notion that shredding* a trail is 0K. In fact more than that, it's a sort of environment protection.