Honesty. It’s hard to find in athletes and their interviews sometimes — and is often hard to find in competition in general. But the podium at Crankworx Whistler’s Dual Speed and Style was a Master’s class in honest with McCaul, Strait and Howard.

Strait earned the top of the box in qualifying — perhaps no surprise for last year’s champ and the dude who has been helping shape this genre since before it had a name. No one wanted this win more than the one-and-only, two-time Rampage winner. 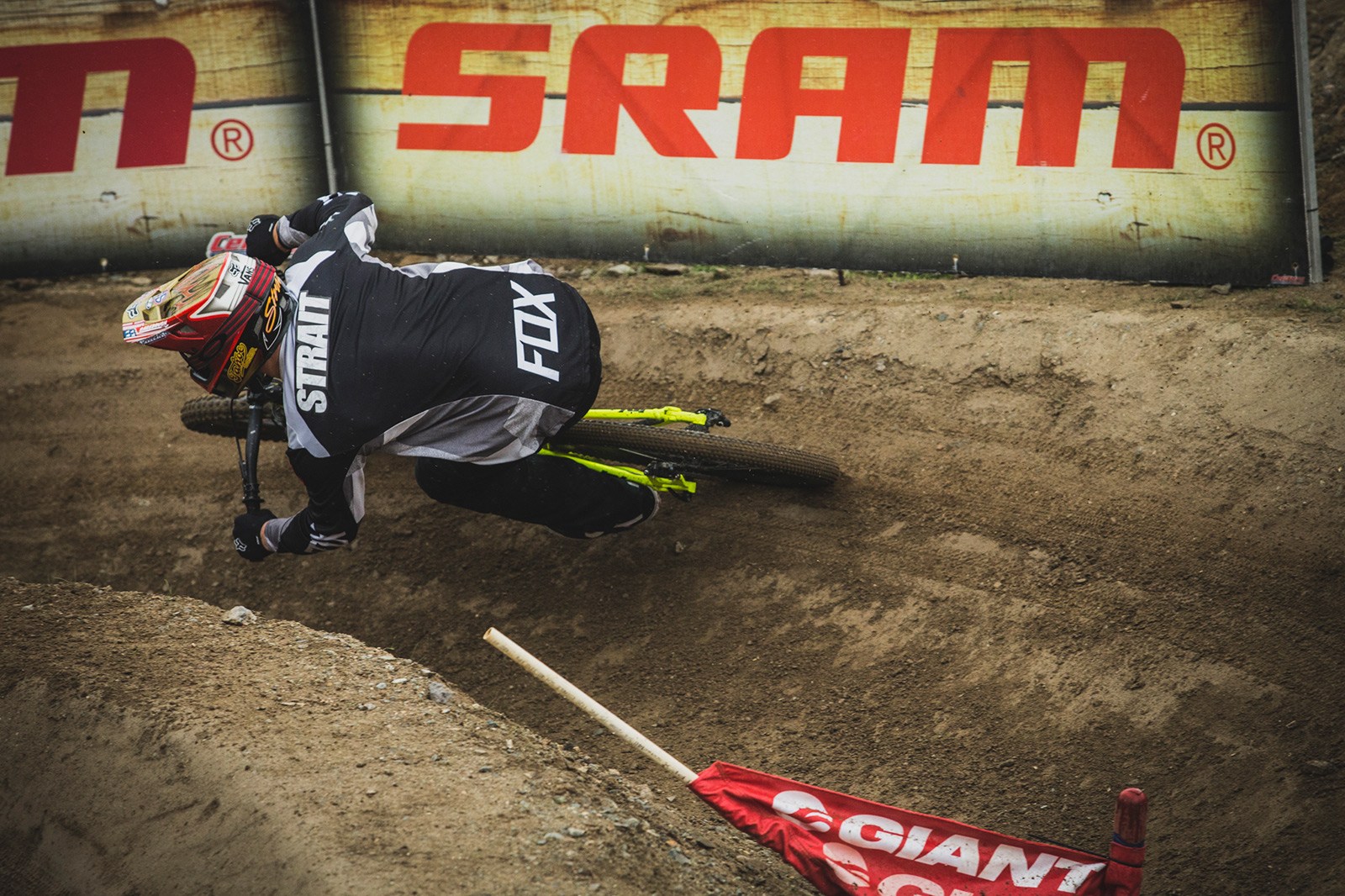 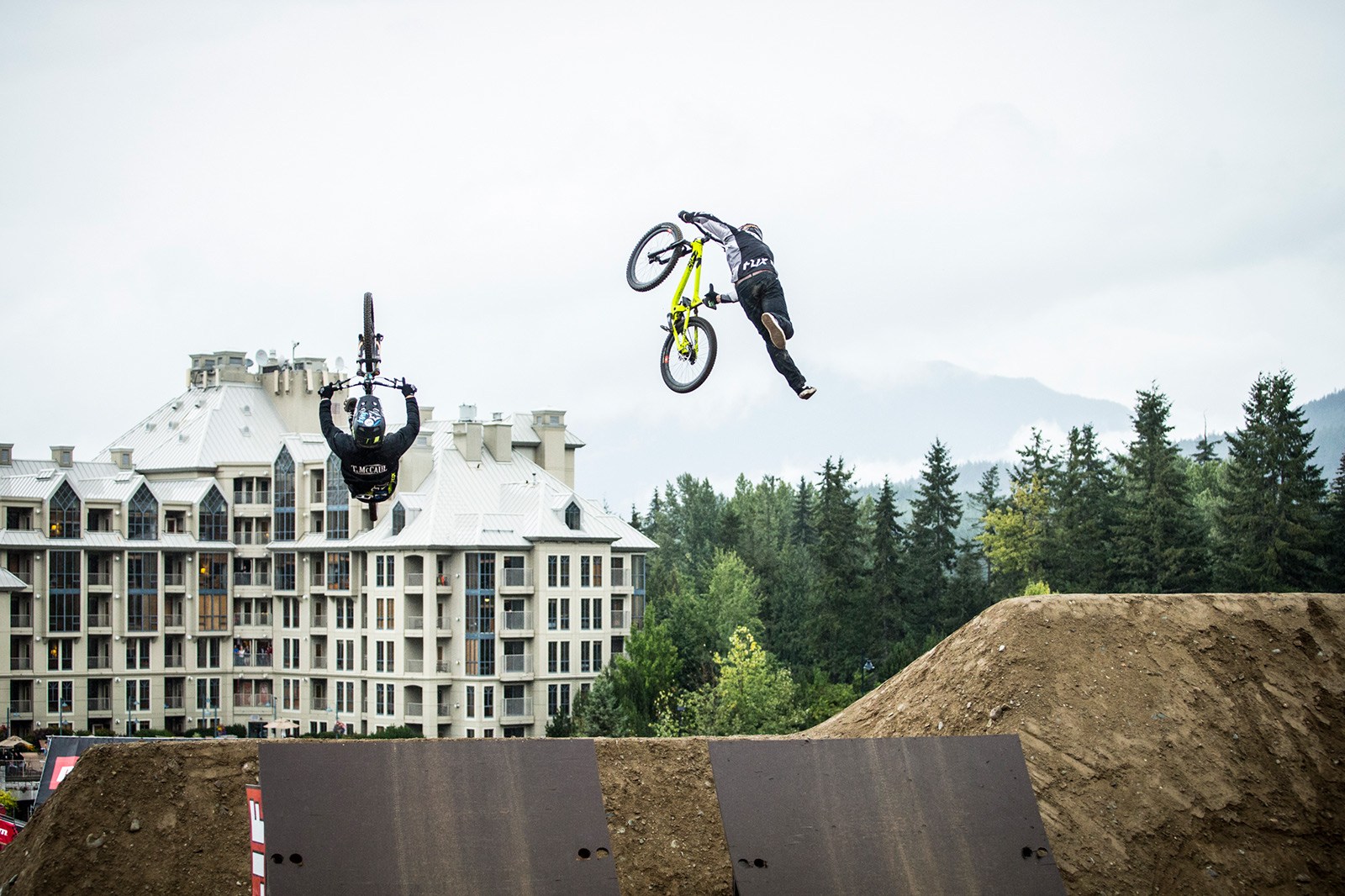 Ryan Howard. That “I’m just going to try and have fun out there” line in athlete interviews has become a boring cliché. R Dog, though…R Dog makes you believe in fun every time he gets on his bike. If you can’t see the pure, fun — pure magic — in R-Dog’s riding, it might be time for you to get some new glasses. 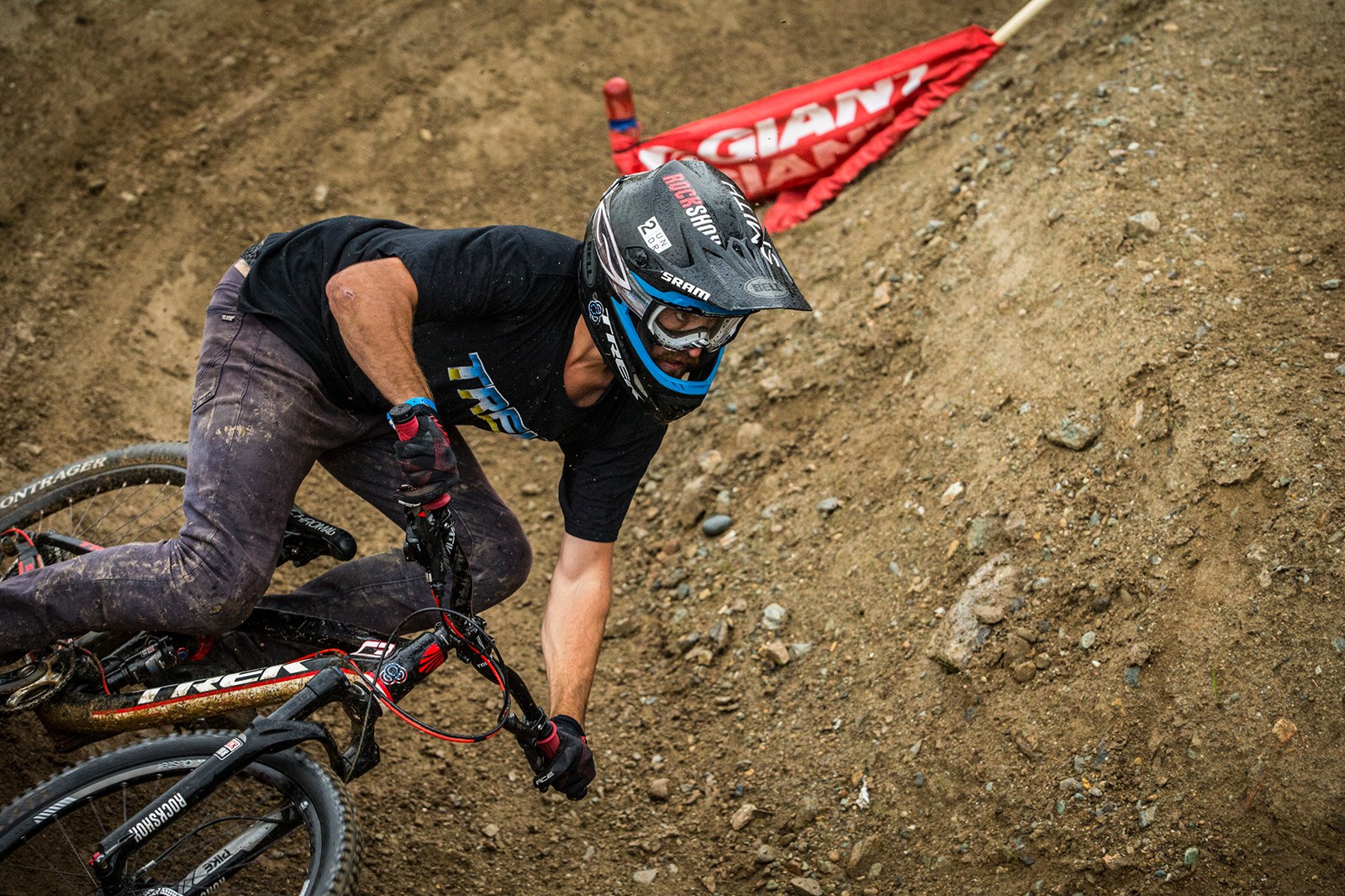 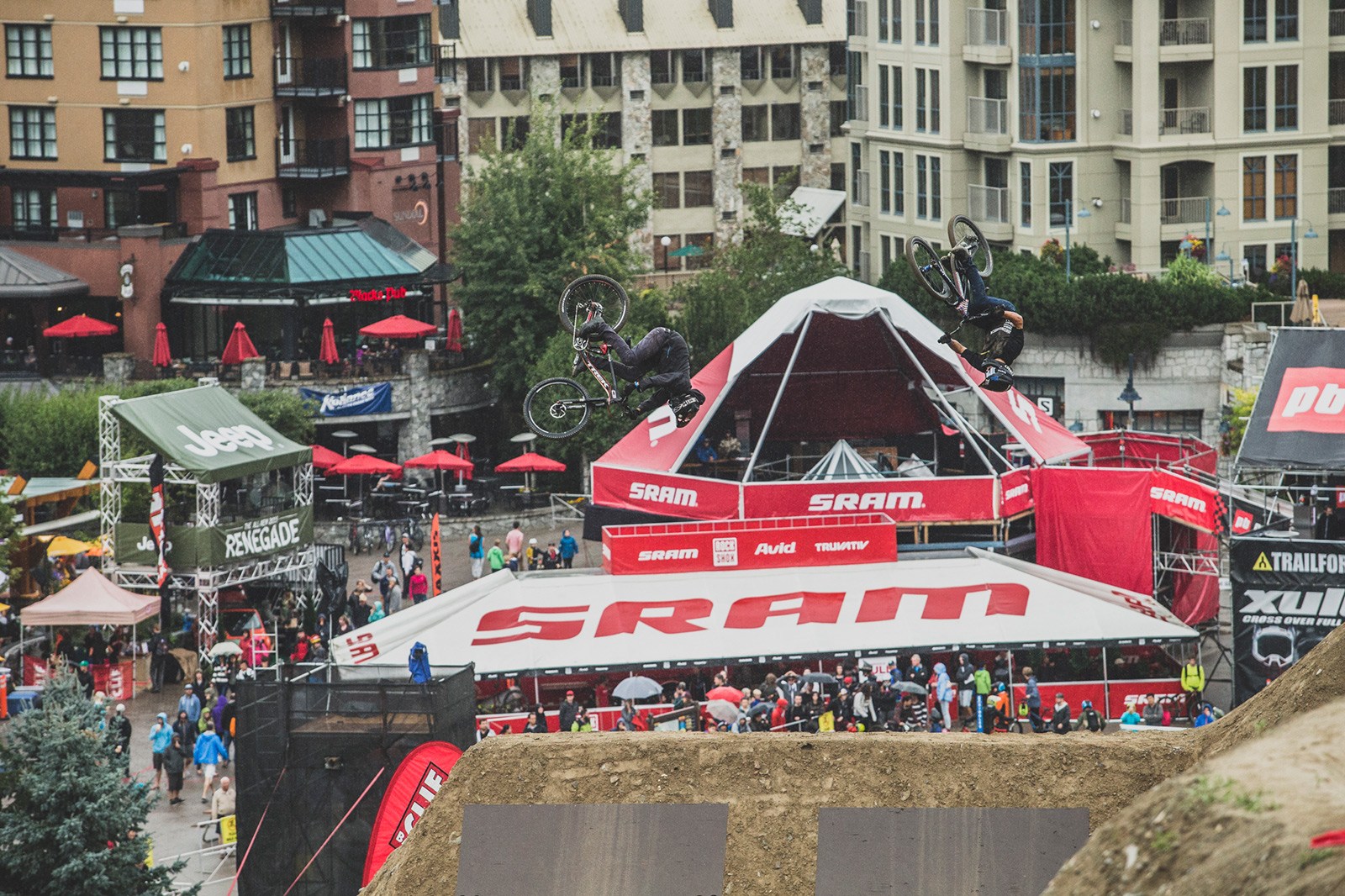 It was Tyler McCaul, however, who took top honors in Whistler. T-Mac won with style and grace, showing as much panache in sportsmanship as he did in steez.

Podiums aren’t always honest, but this one was — absolutely, completely. And that makes the happiness and heartache, fun and photos and celebration all that much more meaningful.

How about R-Dog’s manual through the whoops?