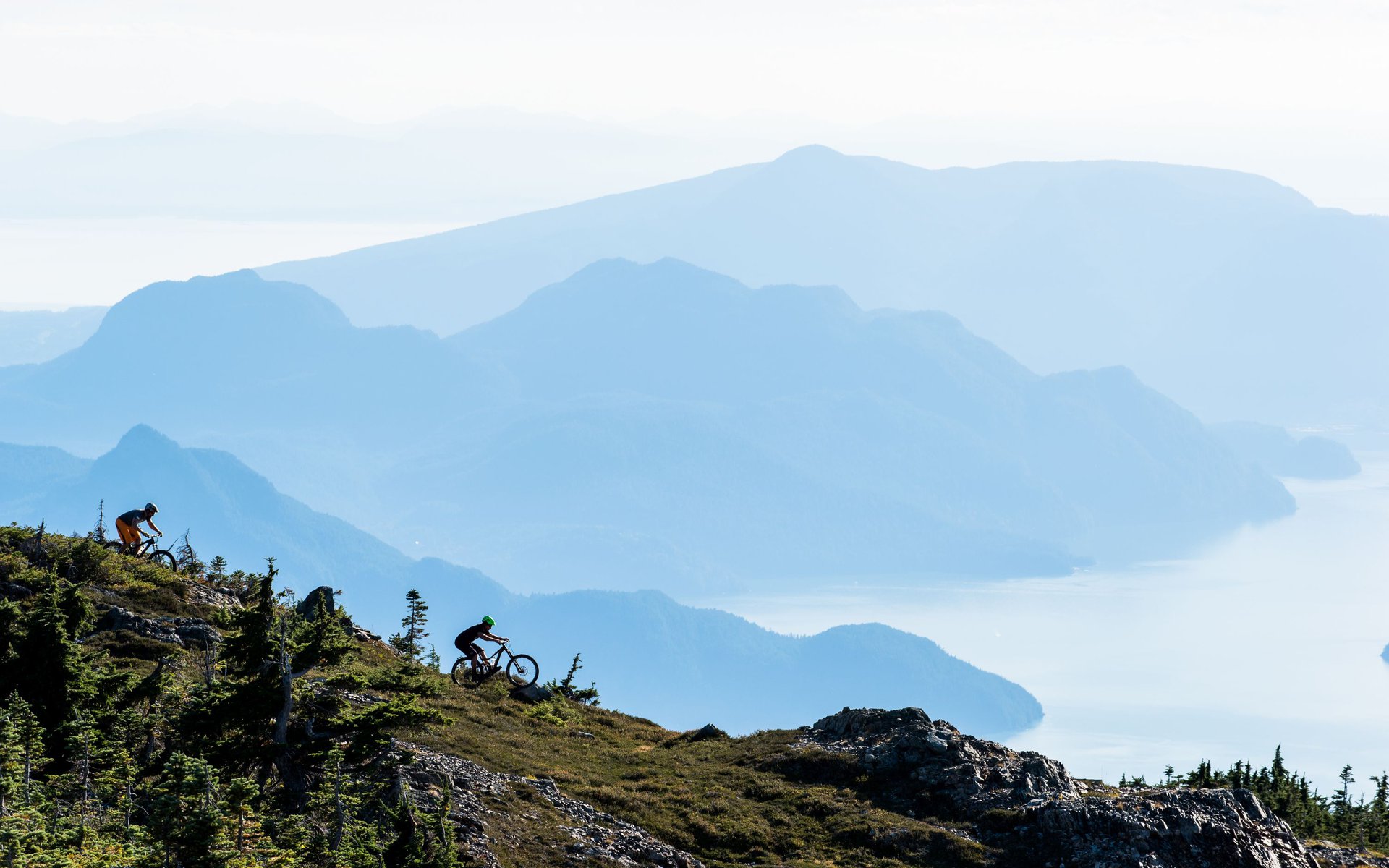 Spending in the Sea to Sky: How Mountain Biking Boosts Tourism

Mountain biking is big business, particularly in the Sea to Sky corridor. Capturing the impact of that business though can be hard; how does one quantify an MTB trip, and separate the out of town cash from the locals? Thankfully, the folks over at the Western Canada Mountain Bike Tourism Association have crunched the numbers, and come up with some heady facts. Read on in the release below to get a full breakdown of the dollars and cents.

Whistler, Pemberton, Squamish, and North Vancouver receive a significant share of the estimated 9.2 million overnight visitors that come to the Vancouver, Coast and Mountains tourism region each year according to Destination BC’s Regional Tourism Profile.  An increasing number of visitors are coming specifically for mountain biking from other parts of BC, Alberta, the US and Overseas.  BC has gained legendary status as a mountain biking destination from being featured in countless videos, photographs, and media articles in print and online publications over the past two decades.  Mountain biking has transitioned from being a fringe sport into a mainstream recreational activity, following a similar growth pattern as skiing and snowboarding.  Mountain biking is being embraced by communities throughout the province who see its value both as a local recreation asset as well as a tourism generator. 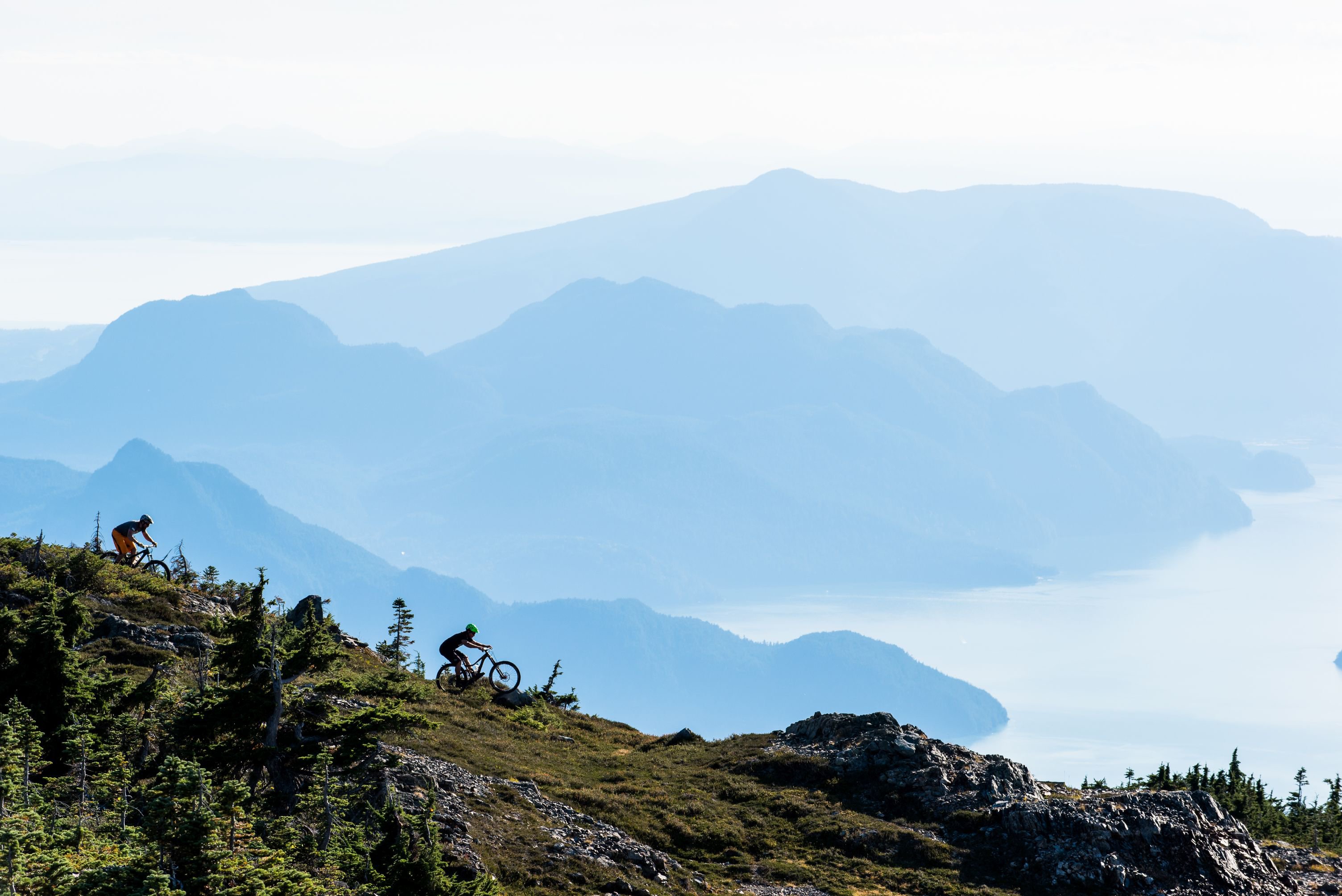 The Mountain Bike Tourism Association (MBTA), in cooperation with community partners and Destination British Columbia, has released the overall results from the 2016 Sea to Sky Mountain Biking Economic Impact Study.  The overall results include a comparison with the previous study completed in 2006 using the same methodology. 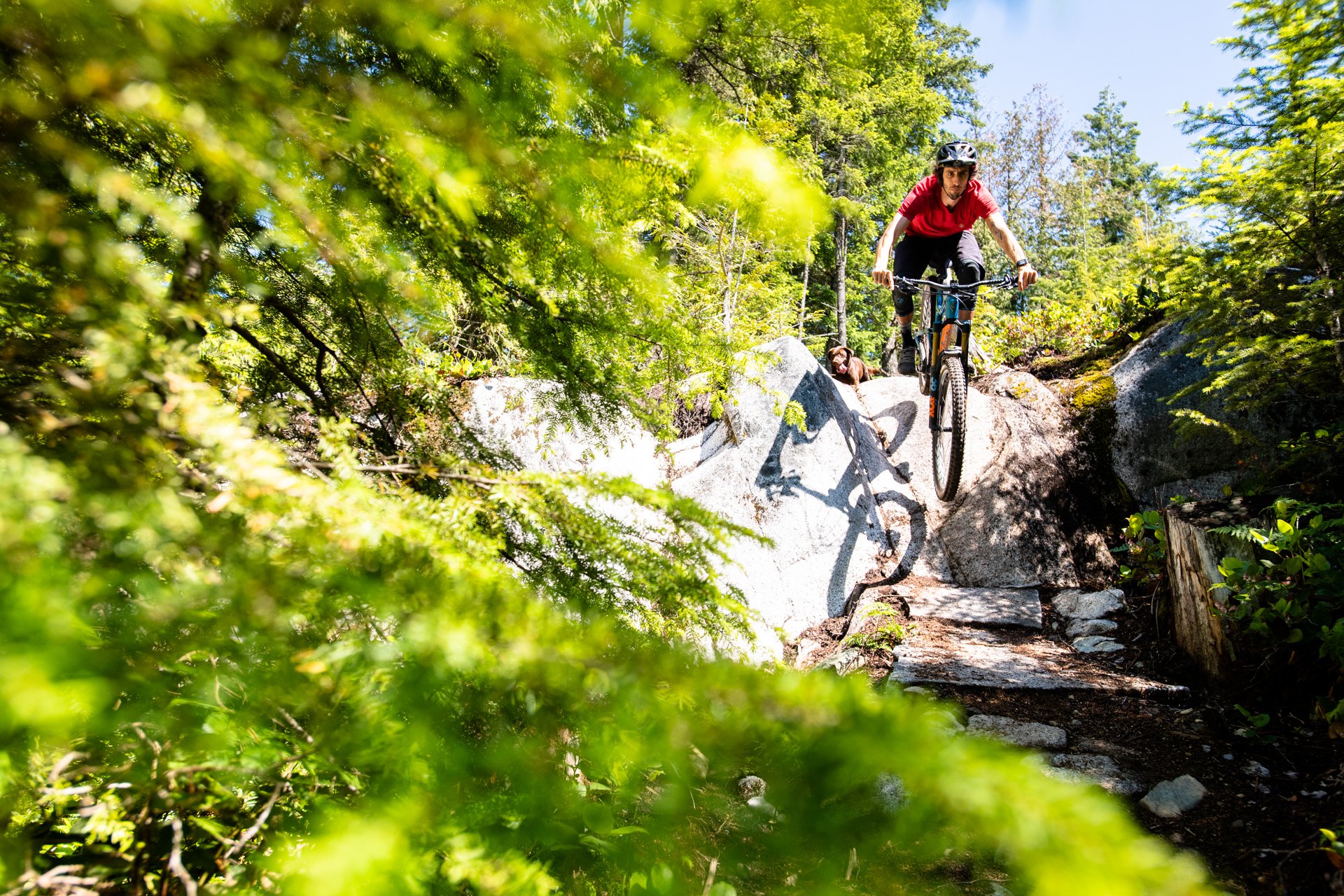 “We use and reference the study often. Having data to back up our claims supports our conversations with all levels of land management and the community” said Christine Reid, Executive Director of the North Shore Mountain Bike Association (NSMBA).

Whistler continues to be the flagship for the region and the province in terms of generating annual mountain bike visits.  In 2016, 102,500 out-of-town mountain bike visitors took 533,000 rides in the Whistler Mountain Bike Park and the Whistler Valley trail network accounting for $46.6 million in annual visitor spending, a 106% increase from 2006. 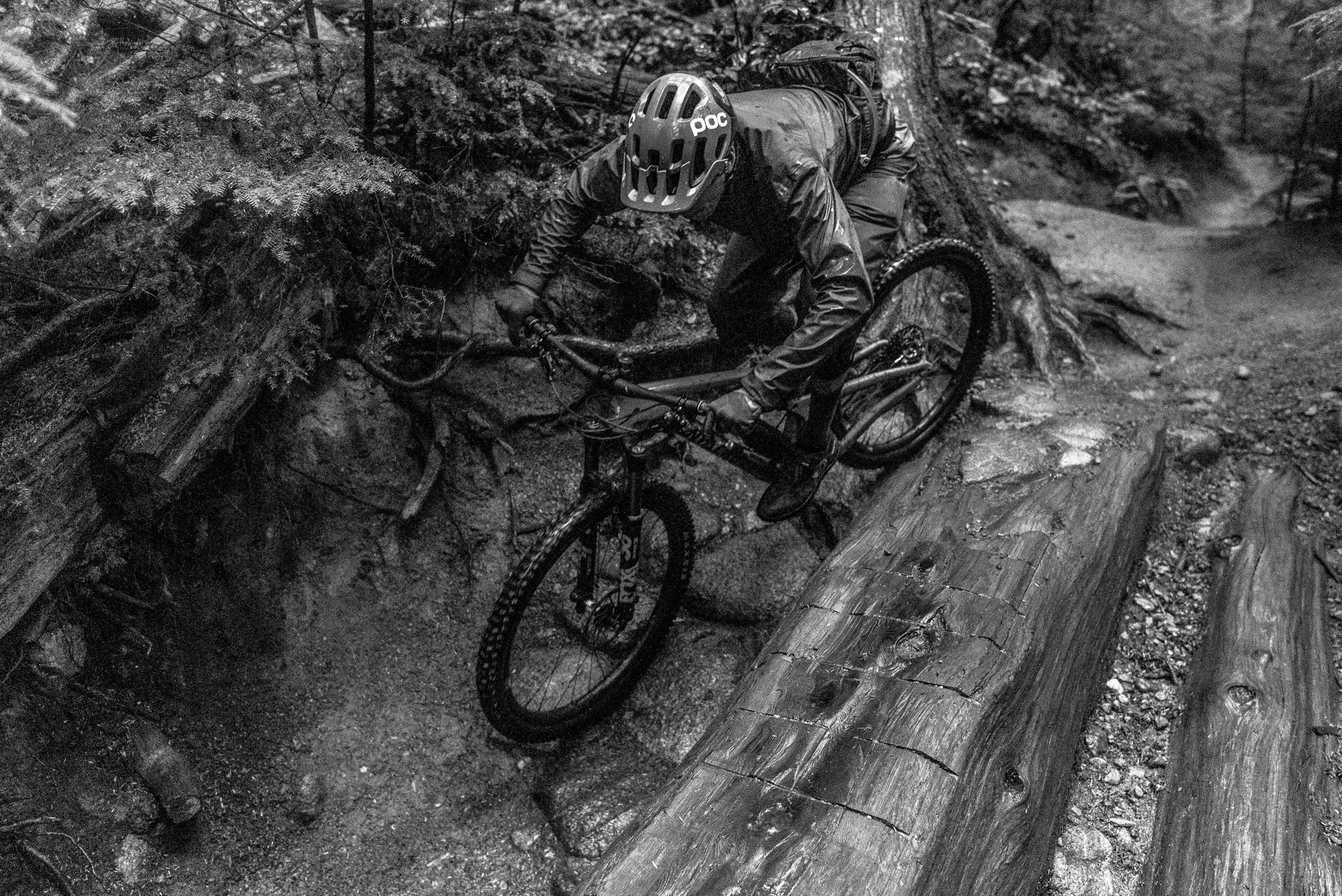 The growth has been a boon for tourism in the communities, but it is not without challenges, particularly for the mountain bike clubs who are maintaining the trail systems largely through volunteer labour.  Mountain bike clubs around the province are struggling to keep up with the demand and are seeking funding to increase their capacity to build and maintain trails.   To their credit, the Resort Municipality of Whistler, the District of Squamish and the District of North Vancouver provide grants to their local mountain bike clubs to assist in managing and maintaining the trails.  This is not always the case in other parts of the province where communities are facing similar maintenance challenges. Trails are often located on Crown land outside of municipal boundaries making it difficult for local governments to allocate funding for adequate maintenance.

"The ability to showcase the economic impacts of what is still often viewed as a 'fringe' sport to land managers and elected officials is invaluable to the NSMBA” said Cooper Quinn, president of the North Shore Mountain Bike Association. “Having hard data showing the financial impacts and growth of mountain biking over the past 10 years gives us credibility and a business case to support further investment from municipalities and other levels of government.” 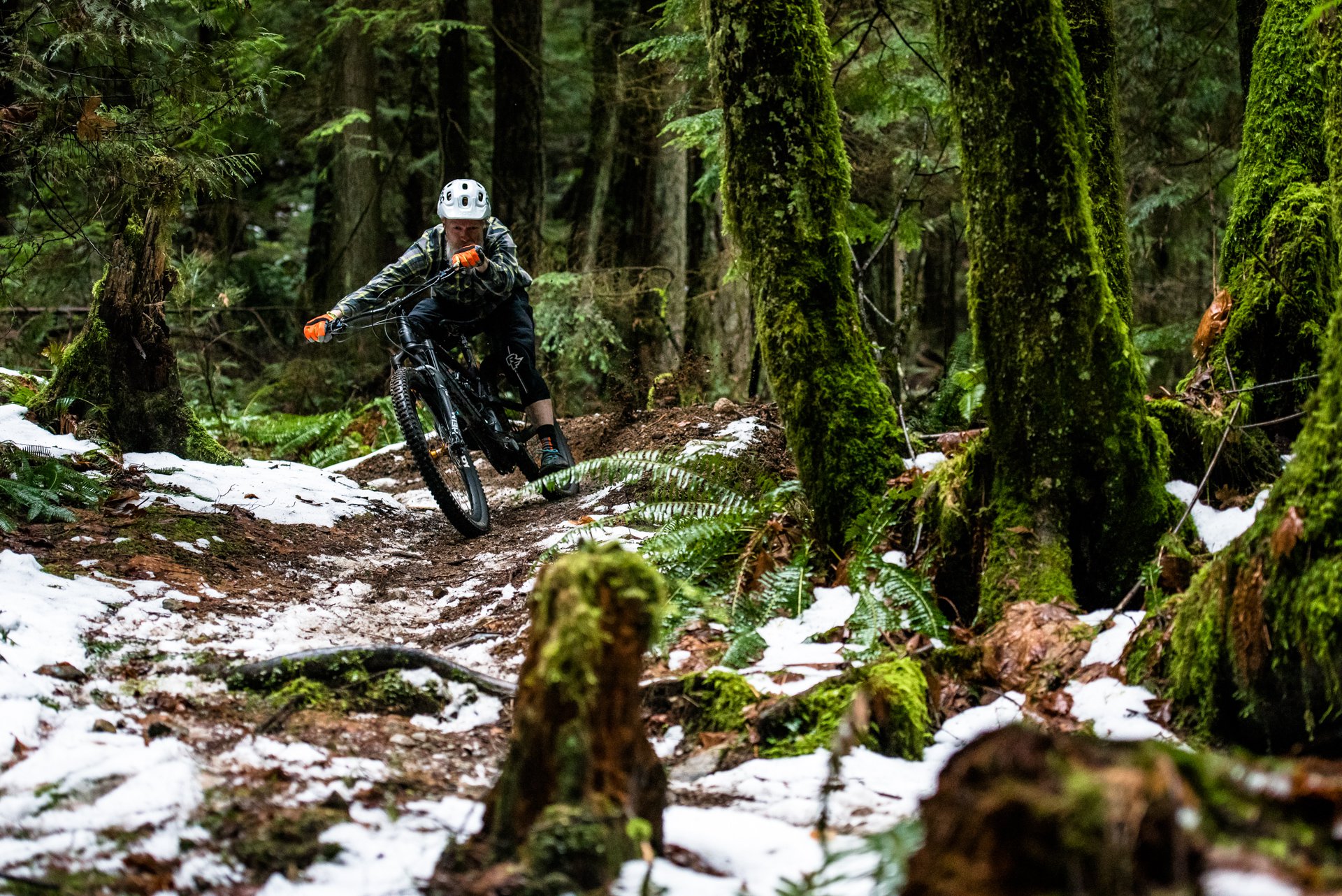 Wait! The average wage per person is $52,256. I thought there was no money to be made in the bike industry?

That number does seem high.

How do you make a small fortune in the bike industry?

Start with a large one.

That's not the bike industry - that's the tourism industry.

I'll be MTB touristing in North Van next Monday. This east coast yankee <3's BC

The weather is here, we wish you were beautiful.

Thanks to Martin at MBTA and everyone else who was involved in this project.

To everyone who's ever made a comment about "something something trails something clearcuts", numbers like this are how we start to try and change the balance of power - towns like Cumberland, where recreation takes over from resources. Carcross - revitalized by mountain biking. Show that rec matters, and show that rec can provide a sustainable economy. Dollars.

Get the population onboard with that concept, which will make politicians care, or elect ones who do.

I have been to both those places you mention, in fact going back to Cumberland next week for five days. Carcross is amazing what they have done up there, and would like to get back up there for the third time. I guess this article is talking about people like me, coming from Washington and spending much of my recreation time and dollars in BC/Yukon.

Living in a tourist Mecca (Hawaii), I choose to spend my time and money in Whistler. While our beaches are better, your trails are superb.

Yeah I can vouch for this study, Recently competed in the Gryphon in Squamish and met one couple that came all the way from Sweden just to ride the shore,sea to sky, the island and Golden in the month that they are going to be in Can. Many others from Washington State- Oregon It was awesome to meet so many people from other parts of the world. Let's keep pressure on the politicians to grow our sport.

Non parametric model running on 1996 data and a survey with a single collection modality?

This is more a marketing paper than anything else IMHO.