When Cam came home from the Specialized Enduro launch with an updated Henge saddle and offered it up to the crew at an editorial meeting, my hand shot up like a giddy overachiever in the front row of a grade school classroom. For the past year and a half, a 143mm Henge Expert has been my go-to saddle; from racing to swapping between test bikes, my behind gets along well with the original Henge. 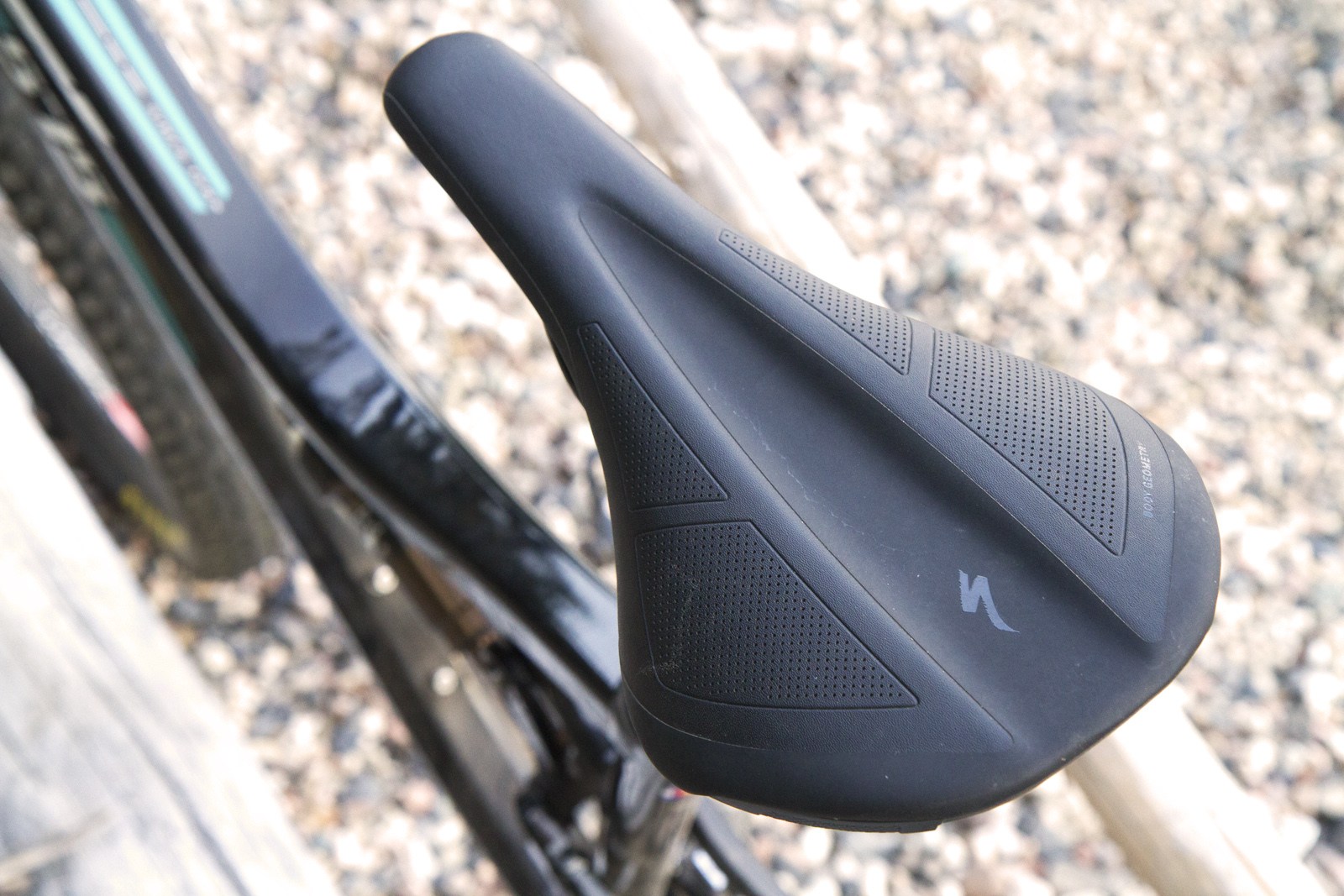 The new Henge Expert, which you will probably find on most 2015 Specialized trail bikes, but you may also want to check out as an aftermarket option.

The Henge is a relatively flat saddle without extraneous padding and I would place it in the performance category of saddles. It has been available in three widths (130, 143, and 155mm) and in two models: Expert, with ti rails; and Comp, with cromo rails. The new version will be available in only 143 and 155mm widths, but in three levels: Expert, Comp, and Sport – the latter two with a touch more padding. The new Henge Expert carries the familiar shape forward with a few changes. First, it’s significantly firmer in all aspects. Less padding and harder edges. Second, it gets a slightly downswept nose, similar but not quite as aggressive as a Chromag Moon. Third, the channel down the center of the saddle is wider. 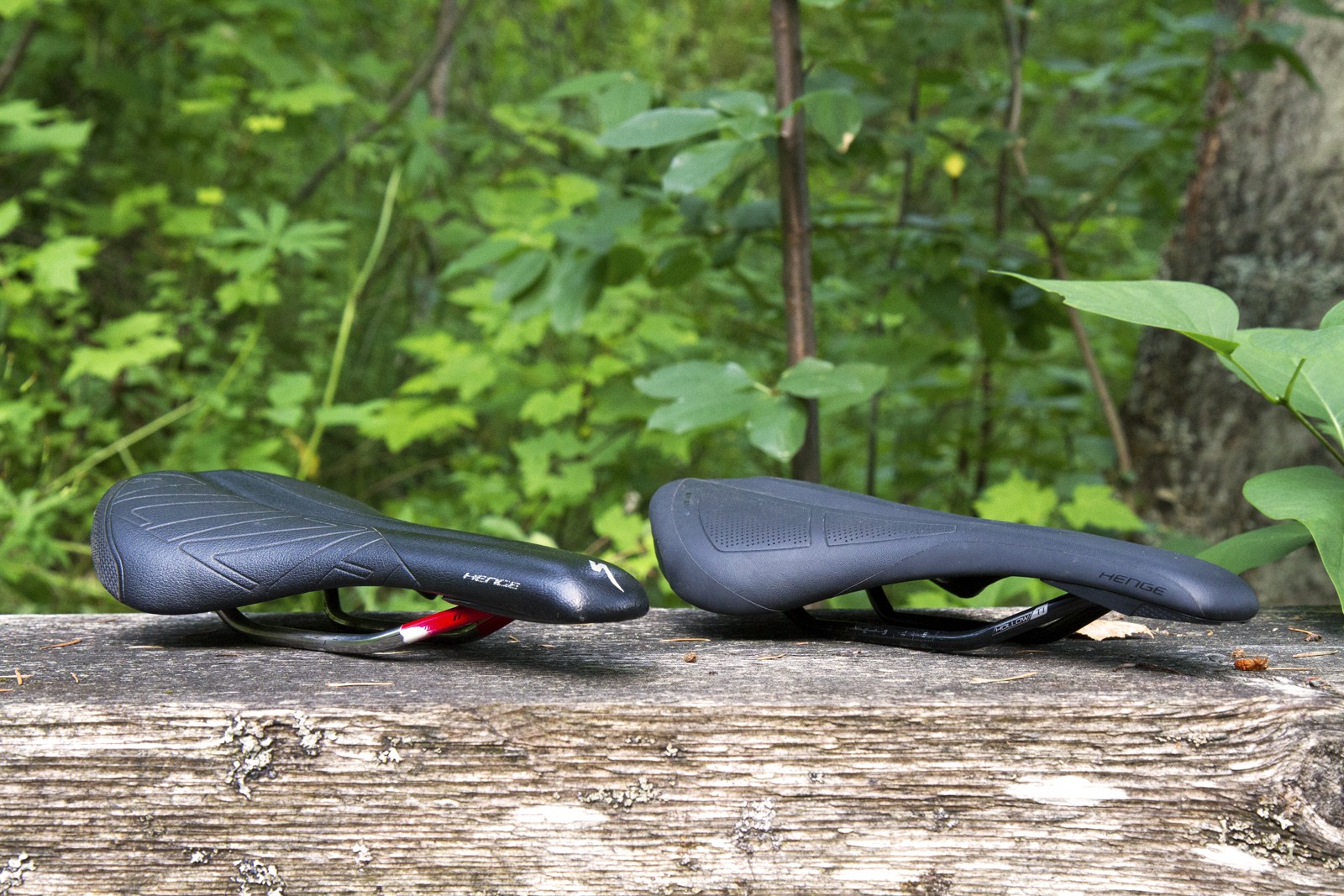 My trusted original Henge on the left, and the new version on the right. 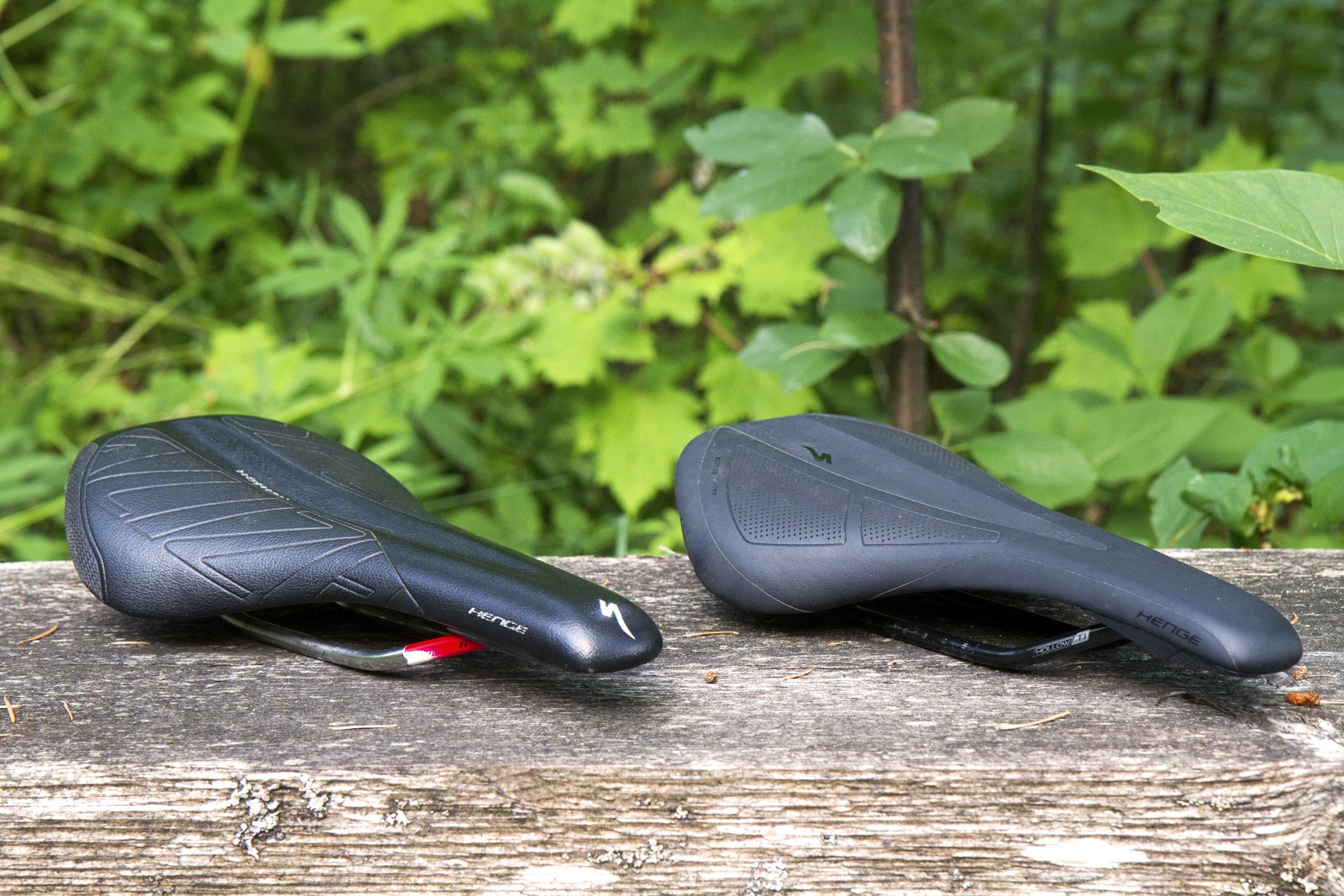 The new Henge comes in 12 grams lighter at an actual 210 grams.

The firmness of the new Henge Expert is the most noticeable change. While the shape and fit are quite similar to the previous model, the decrease in padding and addition of plastic bits on the nose and corners makes this a much less forgiving saddle. I fitted the Henge to my hardtail at first and experienced more than a couple painful taint smashings. I already wear padded shorts religiously so that’s not an issue, but I’ll leave this saddle on the suspension bike. 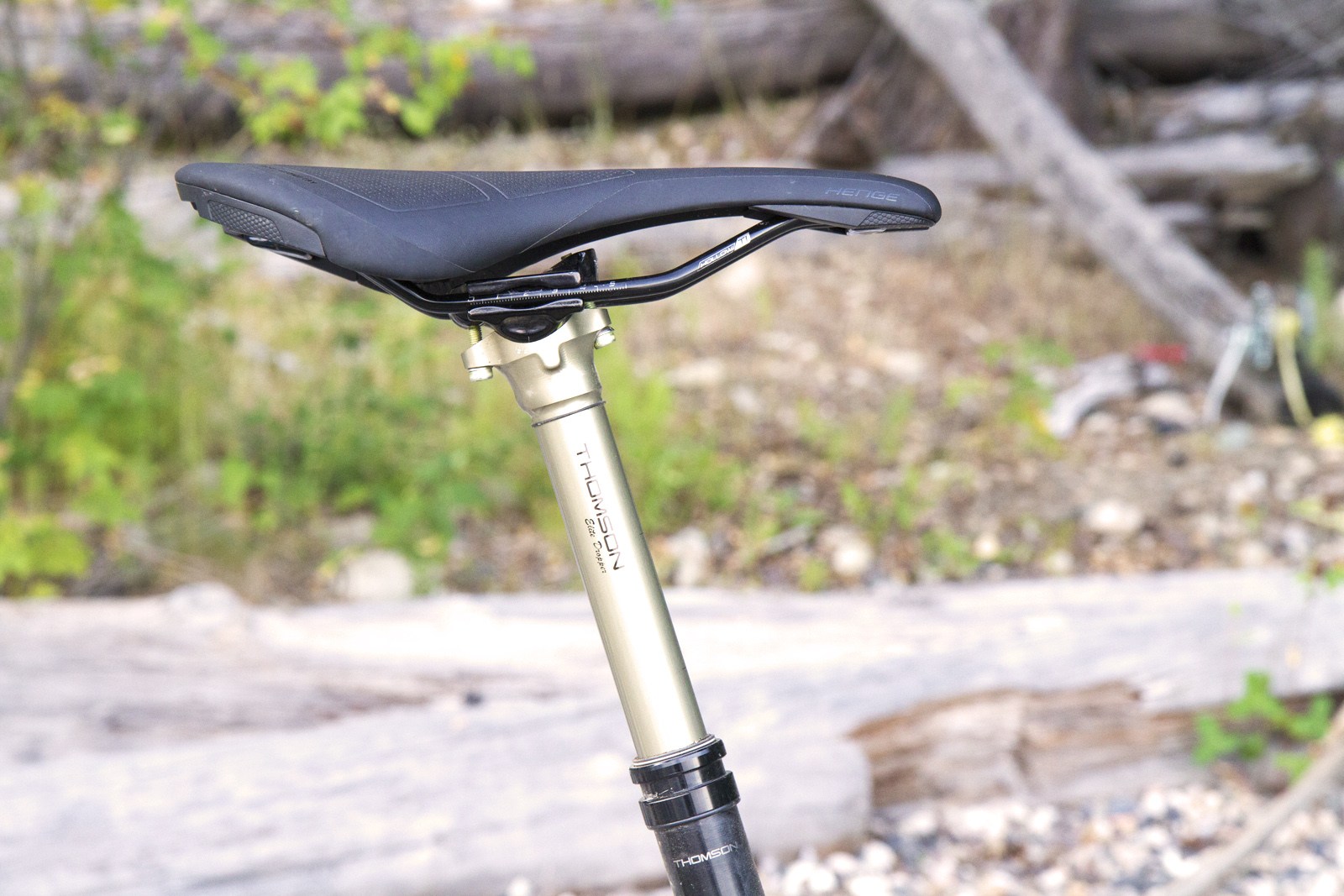 With a slightly slimmer profile, less padding, and more pronounced plastic bumpers, the new Henge is less forgiving than its predecessor. 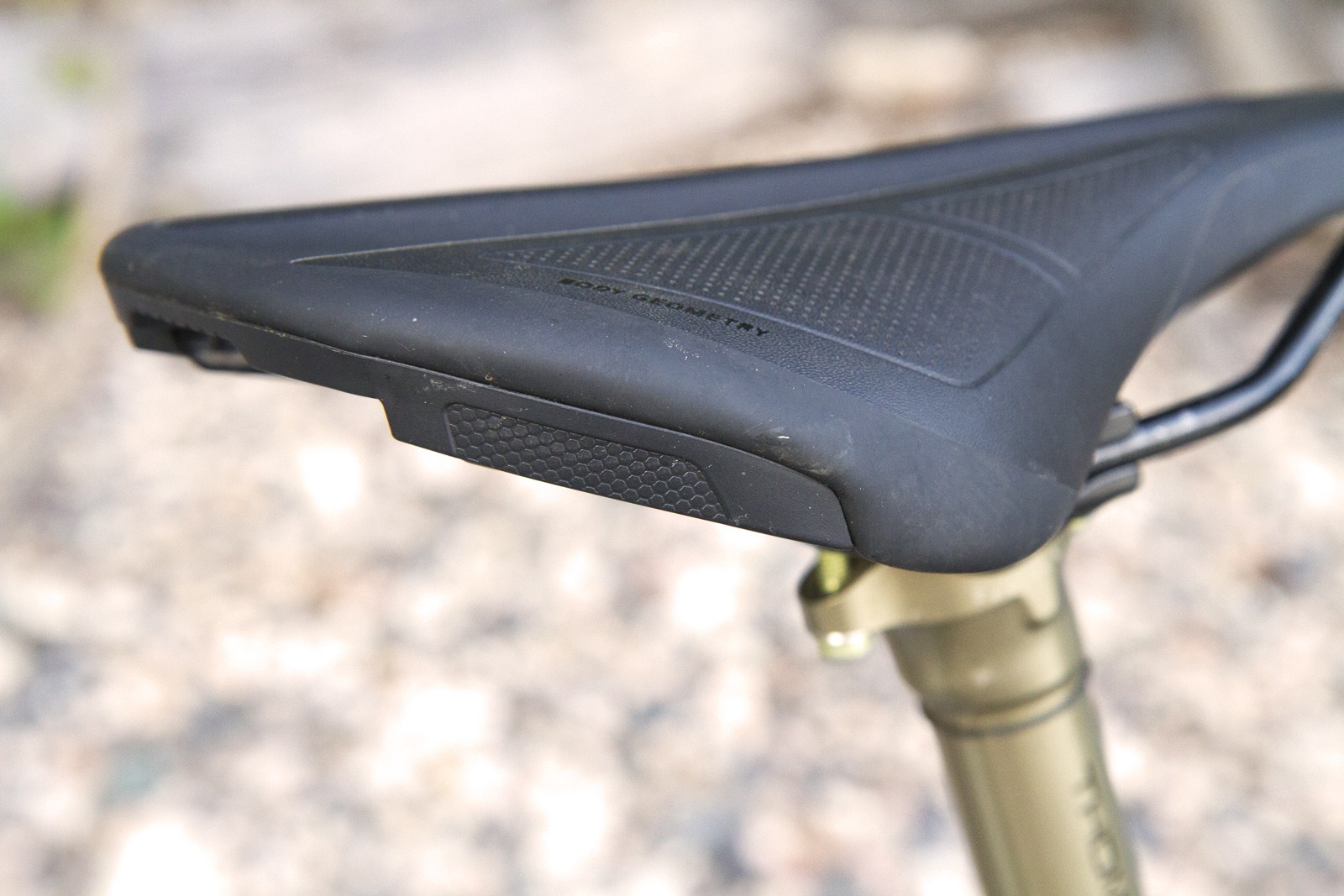 The rear end of the new Henge is just as easy to move around, but mildly sharper. 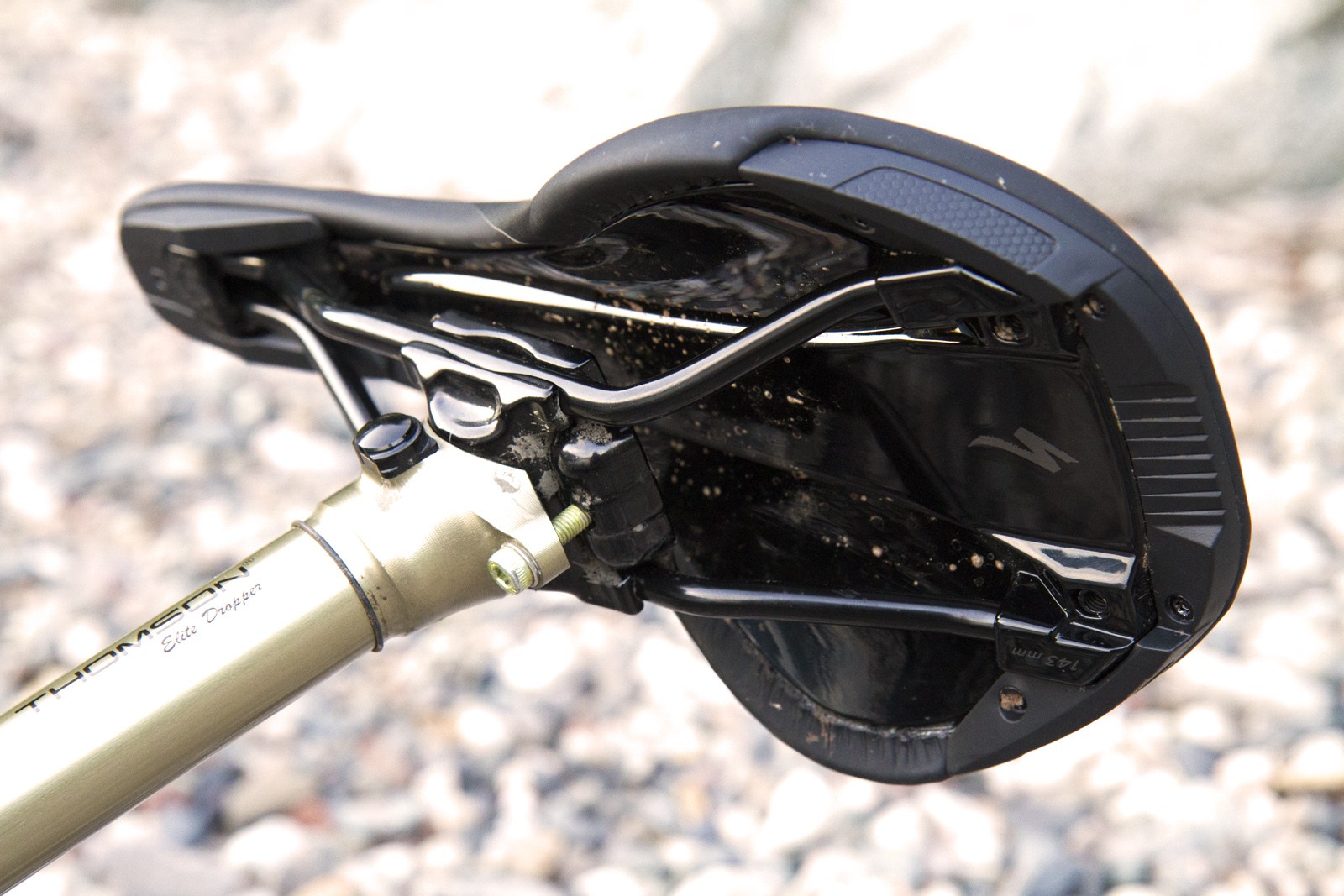 The Henge’s smooth underside sets the stage for a solid pedaling platform.

The addition of the downswept nose is not as noticeable as I thought it might be. The previous Henge’s flat profile already creates a good platform for riding on the nose – much better than many saddles that end up with a hammock shape in the middle and an uncomfortable knob for the nose. So, the new Henge is not worse than the previous one, and neither has an uncomfortable knob (who wants to sit on one of those?) so it’s all good. 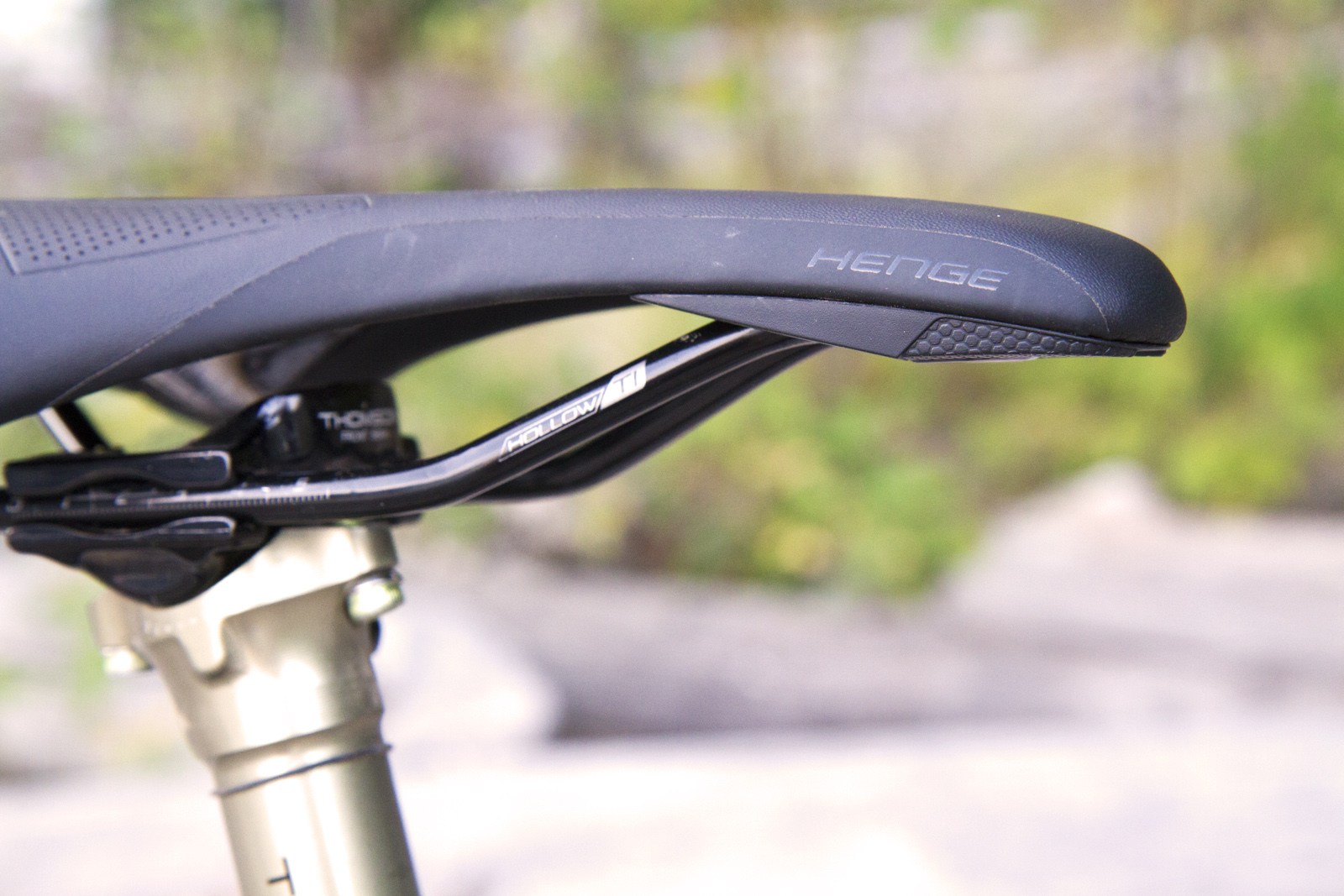 The slightly dropped nose is kinda neat looking, but isn’t hugely noticeable in practice. That said, if you’re coming off a saddle with a hammock shaped center section, the Henge will feel very flat.

From an aesthetic perspective the new Henge could be considered an improvement for the aftermarket. As you might infer by my introductory paragraph, Specialized makes good saddles and those are the kind of item you should choose based on fit rather than brand. However, overt Specialized branding may turn off potential buyers, and the new Henge is more subdued in its graphics. 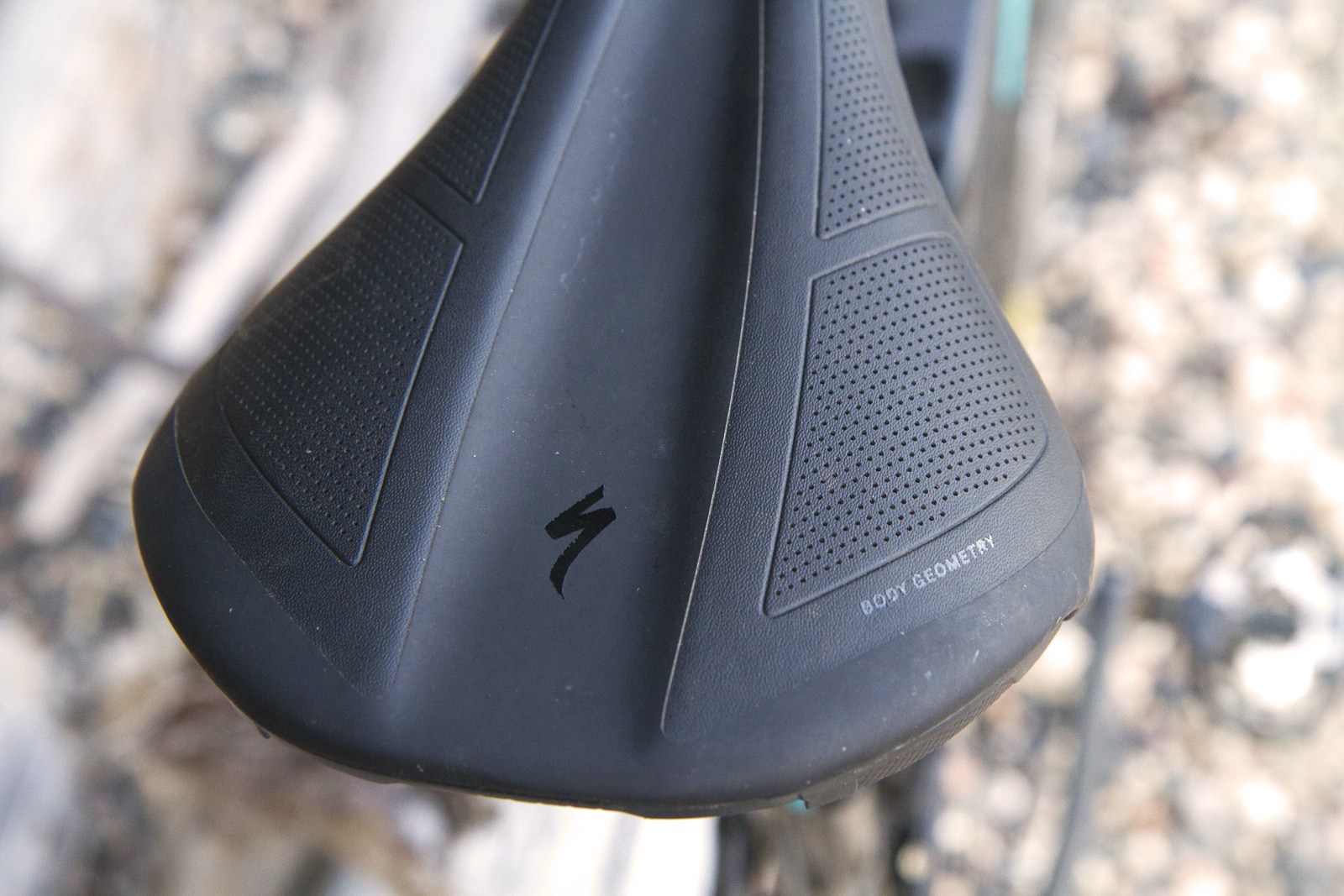 Black on black graphics may get more people riding this saddle on their non-Specialized bike.

The new Henge is sleeker, lighter, and more subtly branded; however, it’s also stiffer and less forgiving than its predecessor. While I already considered the original Henge to be a performance and pedal-oriented saddle, the new version has gone even further in that direction. Saddles are a fit item, so while the Henge fits my behind nicely you may want to demo one before buying.

Nice. Now tell us about the stealth Thomson post.