Smith emerged as a player on the helmet scene in 2013 with the release of the Forefront. With visuals straight out of Tron and employing Koroyd, an unusual drinking straw-like structure to absorb shock, it was an immediate attention grabber. The Smith Rover is their more recently introduced version that costs less, but is also its own design and will appeal to riders that may have been turned off by the looks or the cost of the Forefront. 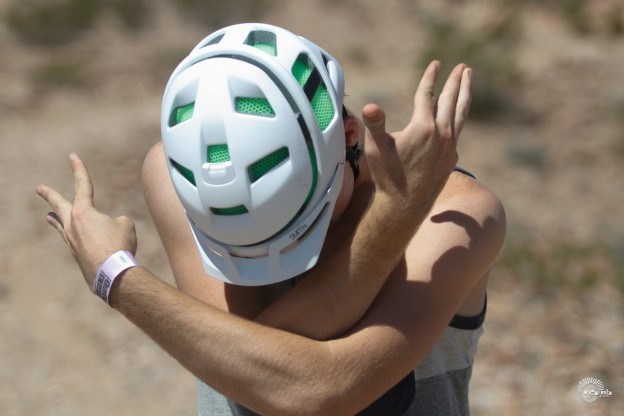 The Rover doesn’t look as space-age as the Forefront and the aesthetics are bound to be less polarizing. Koroyd is used much more sparingly which partly explains the lower cost. 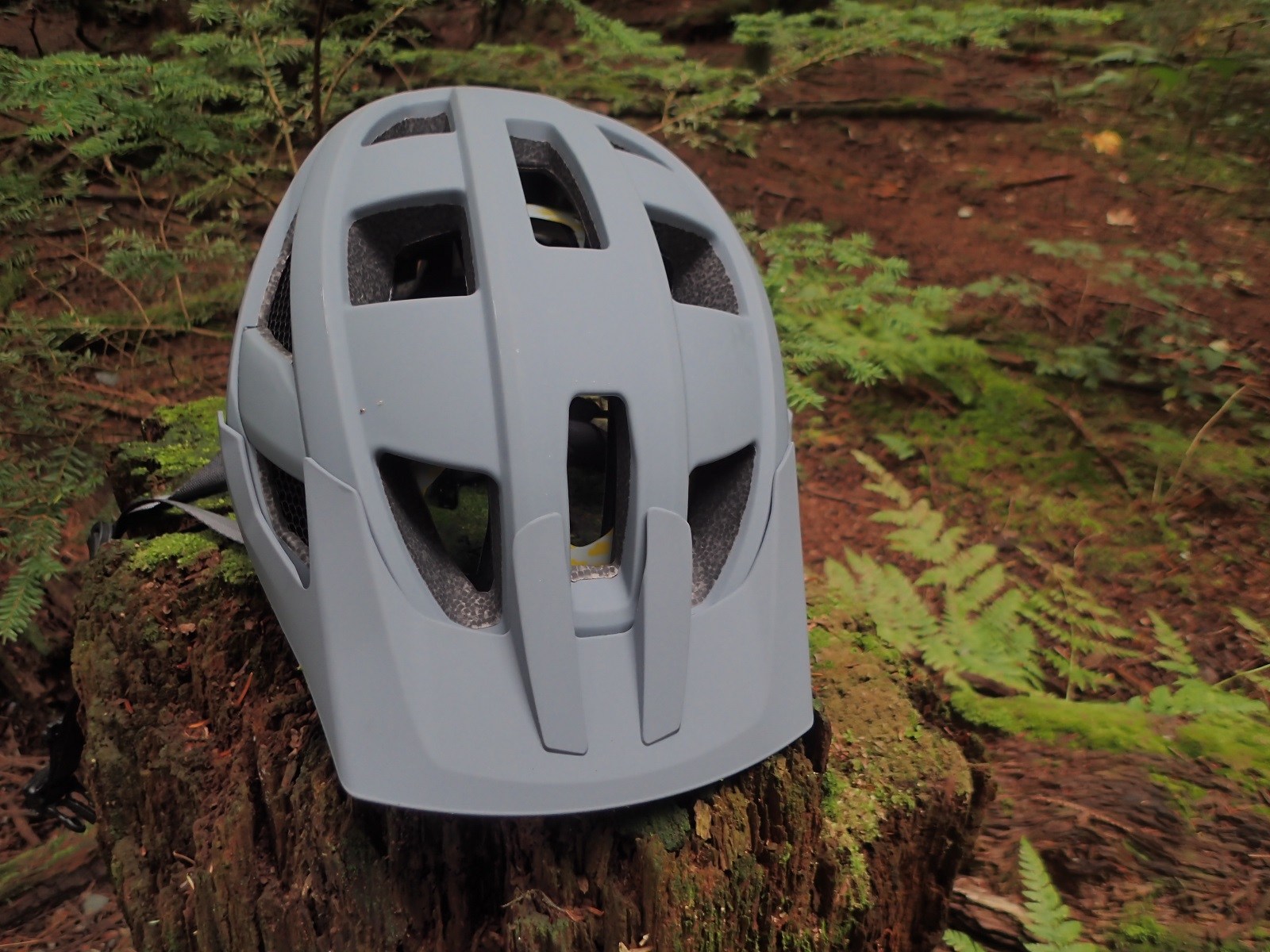 The new Smith Rover helmet is available in standard and MIPS versions in a huge range of colours. It’s a very neutral looking, neutral fitting, helmet and that’s intended absolutely as a compliment. 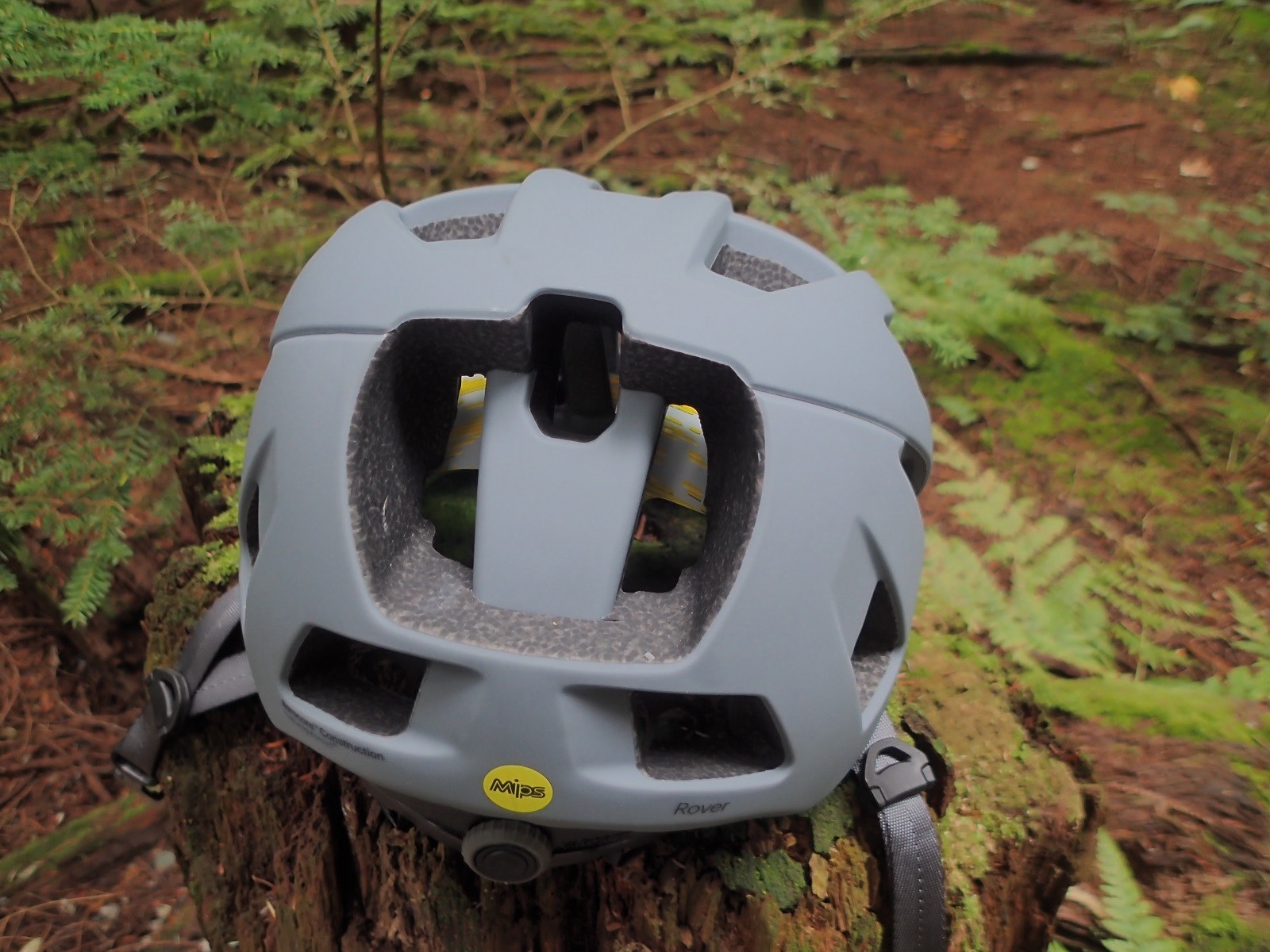 I suppose the Rover wouldn’t be a Smith helmet without some unique styling elements. I’ve heard a lot of suggestions on what the ‘pocket’ at the back could be for including storing an energy bar, and strapping on a spare tube. Note – this is not recommended if you want your helmet to do its job in a crash.

I found that the Forefront didn’t breathe anywhere near well enough for this furnace. The ‘unique’ look wasn’t for me either. 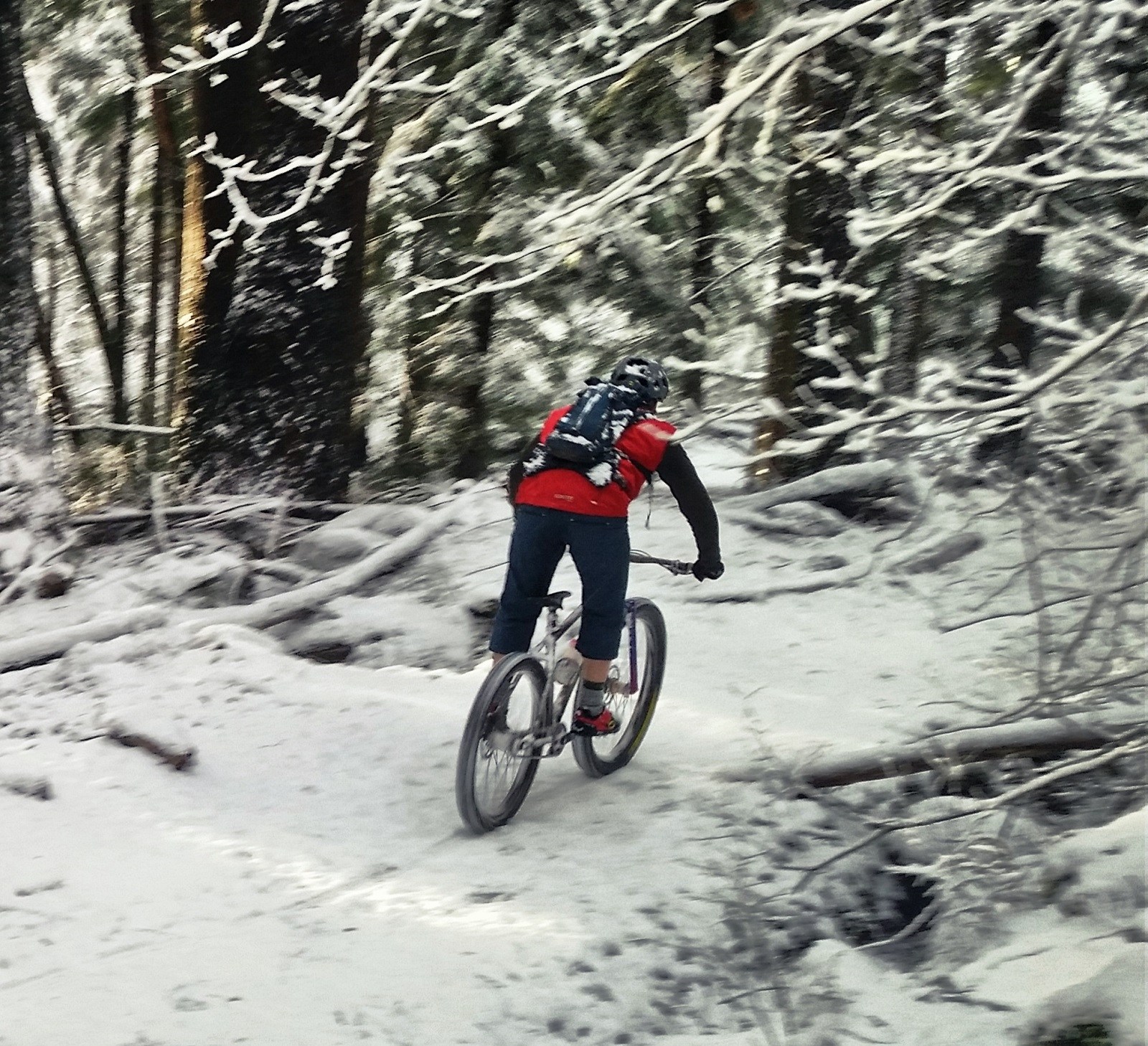 Sunny, cloudy, clear, or raining the Smith Rover always seems to come out darker in photos than it is in person. Photo: Jaclyn Delacroix

The Rover is a lot more neutral in appearance. It looks like a high-end mountain bike helmet. The fit, comparing two mediums, is a little more generous than my Giro Montaro. Prior to use, I handed the helmet off to a number of medium-wearing friends to try on. The feedback from everyone was “I would wear this.” Coming from riders who prefer a plethora of different brands I think that’s a ringing endorsement on fit.

The Rover walks the line between the head coverage of an XC lid and a more aggressive half-shell, like the Montaro. That is to say my head doesn’t feel as ‘enveloped’ as with an Enduro half lid but also better protected than with a roadie exoskeleton with visor attached. 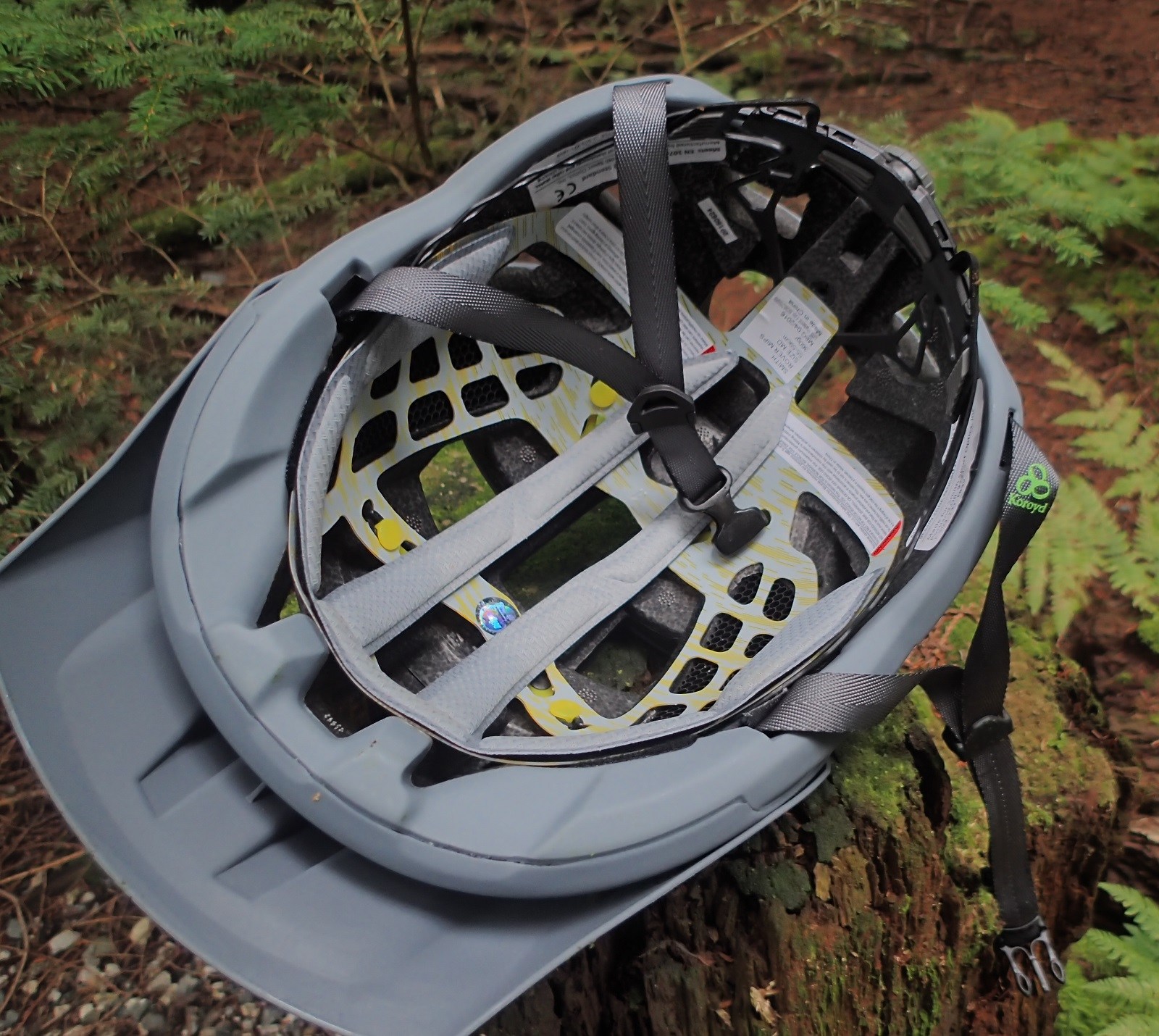 MIPS liner. Smith is one among many companies that mounts their helmet straps in the shell which I find more comfortable. The thin and lightweight strap material is excellent.

The Smith Rover’s strap arrangement is not unique. I believe Specialized was actually the first company to mount helmet straps into the shell with their S-Works line going back a decade. Now similar webbing systems are employed by POC, Giro, Troy Lee, Leatt and others.

While I’m not complaining about these systems, some riders note they make noise at higher speeds on the road. Smith has executed their webbing at least as well as any other brand. The thin, lightweight material used for the straps doesn’t get nasty on a sweaty day and the harness is easy to adjust. 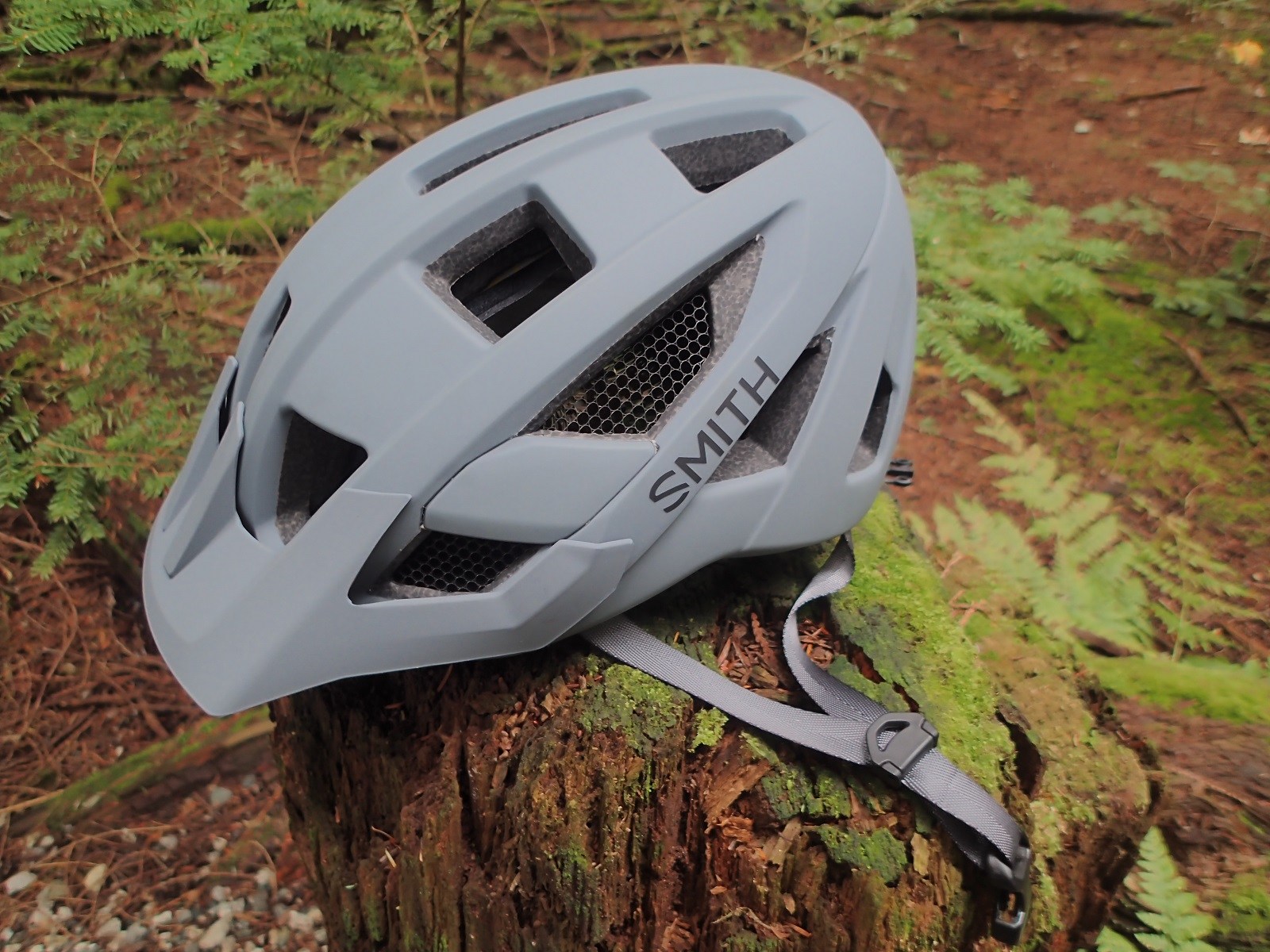 Koroyd. Polymer tubes engineered to absorb impacts but remain breathable. I’m not imaginative enough to come up with a better description of the appearance than a ‘honeycomb’ or a collection of ‘straws’.

For anyone interested, Smith has a detailed write up on Koroyd construction on their website. The basics are that the material absorbs impacts while facilitating airflow. Smith can use it to fill in vents for an increase in impact absorption without compromising comfort.

I found the Smith Rover to be an excellent helmet for airflow at low speeds. Passive airflow if you will, which you might want climbing single track. That was not my experience with the Forefront. The Rover has more open venting for unimpeded airflow while the Forefront has more Koroyd filled venting. 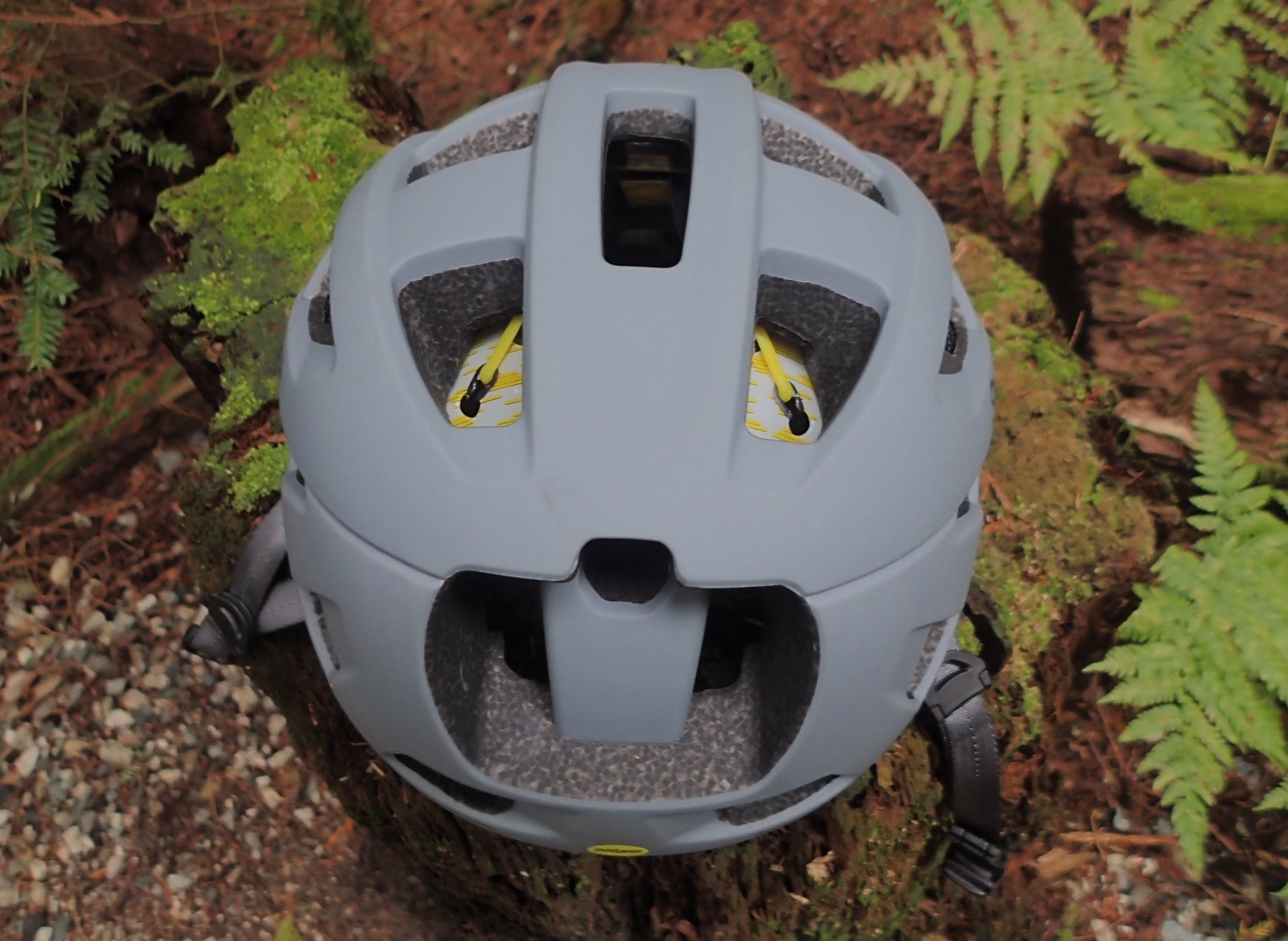 The Smith Rover’s MIPS liner is visible through the generous venting.

A lot has been written about MIPS. Does it only actually help prevent brain injuries for folks as bald as a test dummy? How much should it add to the price of a helmet? The premium charged for MIPS varies significantly from brand to brand.

I don’t have any answers about which haircuts or brand of volumizing hairspray duplicate the benefits of MIPS. However, I will say that for most brands’ lids the MIPS versions seem to fit me better. I haven’t tried on a non-MIPS Rover but based on other experiences I’d guess that the extra $35, over the lifespan of my helmet (knock on wood), would be worthwhile to me for the improved connection. 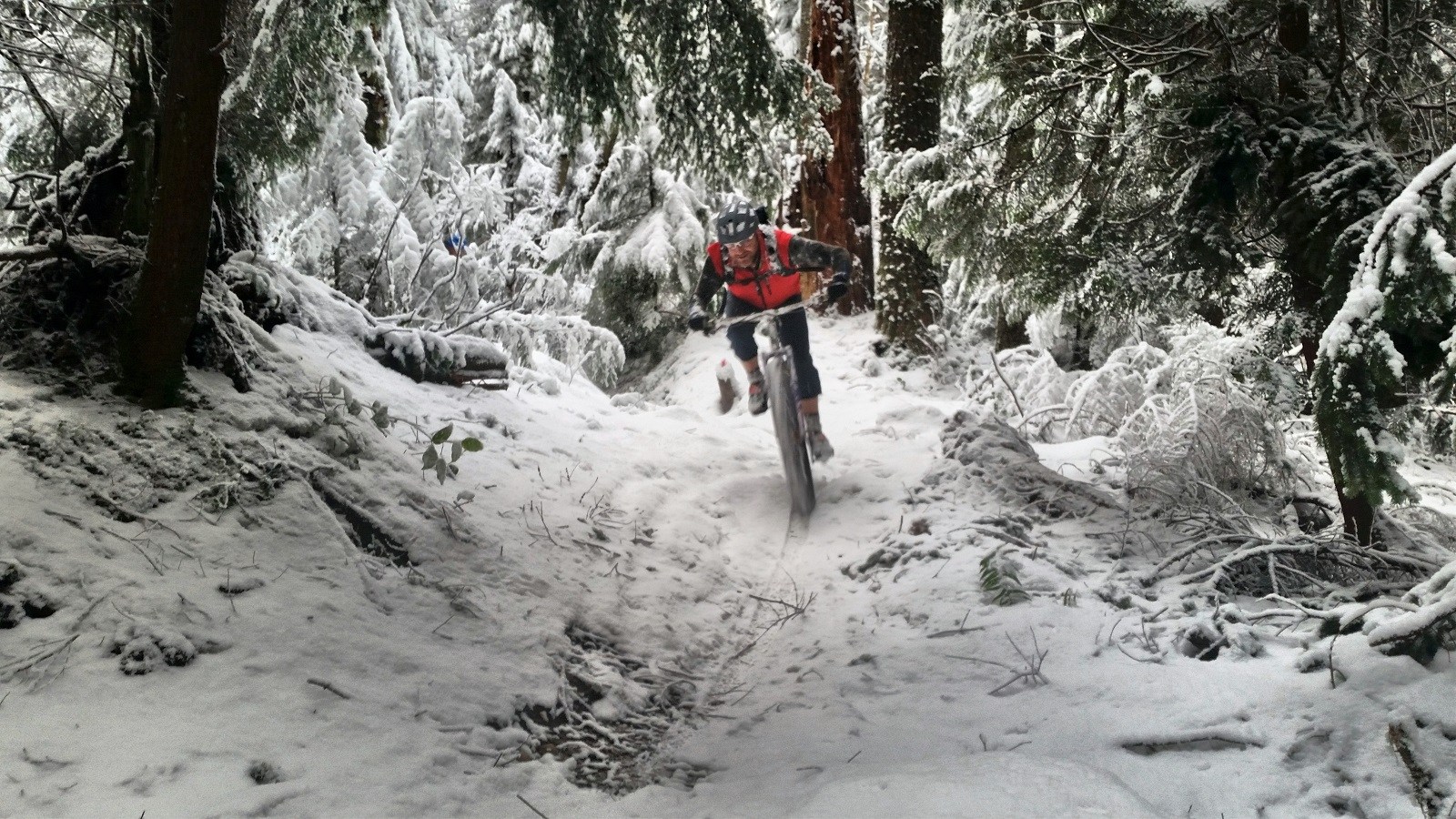 The Smith Rover was easily adjustable to fit great with, or without, a thin hat underneath. It isn’t an XC-lid or an Enduro half-shell. Smith says it’s “for the wanderer in everyone”. Photo: Jaclyn Delacroix

It isn’t an XC race lid. It isn’t an Enduro lid. Everyone who tries it on, according to my unscientific study, is happy with the fit. It comes in a wide range of solid colours. The straps are excellent. The venting is very good. It’s expensive but not outrageously so compared to other helmets in its class. 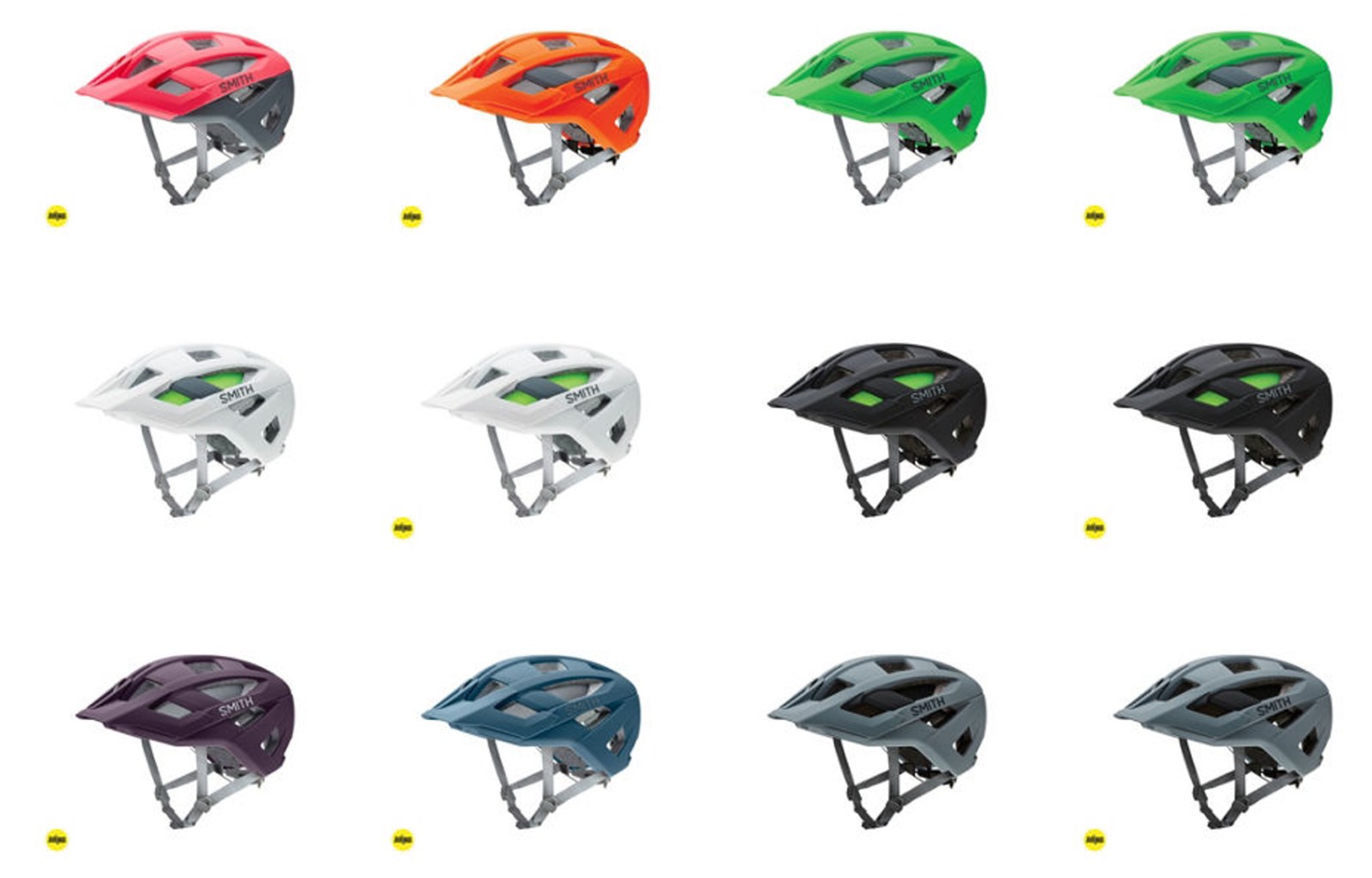 Smith says the Rover is “for the wanderer in everyone.” I think that is marketing-guru for “this helmet is for people that do mountain biking rather than a category of mountain biking.” That fits me perfectly.

I had a forefront and loved it. The medium fit me perfectly, was lightweight and had great airflow (in my experience). My friends didn't like its looks but I thought it was pretty cool. My main criticism was the steep price tag. So one day I was riding at cypress and washed out my front wheel at medium to low speed and went down sideways on soft loam. My head lightly contacted said soft loam, I got up and carried on riding. Back at the vehicle, my riding partner pointed out that my forehead was scraped and bloody, and upon examination the foam of my helmet had cracked crosswise at the bottom edge near the temple (on a particularly thin section of foam).

The scrape was from the koroyd contacting my skin and was about 1/2" wide by an 1" long. It was minor, only deep enough to bleed a little and I hadn't noticed it while riding. I was surprised that the incident had occurred at all, and was glad I hadn't been going any faster because the cheese-grater effect would have been multiplied accordingly.

I emailed Smith and they offered me 10% off a replacement. They made no comment regarding what I see as a real design flaw.

As much as I liked the helmet I replaced it with a different brand mostly out concern for the potential for sustaining a more serious abrasion or cut in an inevitable future wipe-out. Caveat emptor.

I find the fit of Smith bike helmets to my liking. I have a Forefront MIPS and the road one Evade(?) MIPS as well. I have to be careful with sun exposure and the Koroyd seems to keep my shiny skull fish belly white with no funky vent tan. I don't know if MIPS does anything but I don't think it has any negative impact. I know too many people affected for life from concussions to not get the best helmet I can. Interestingly, the Smith ski helmets don't fit me at all. Way too low. Can't fit goggles properly.

Seriously, is there anyone that would pay 200$ for a half lid? I got my my Giro Feature for a quarter of that.

Buy the lid you like. Me? I'm off to buy the cheapest condoms I can find.

My point is that a 200$ open face helmet does not offer multiple times the protection of a 50, 80, 100$ open face helmet from an equally reputable manufacturer. If they could prove that they offer X times the protection I wouldn't be complaining about the price. The comment above by Jonas Dodd based on his experience even suggests that there may be a design flaw on the product.

Have fun with the condoms!