Shimano is making a dropper post. HOLY. Game-changer! Imagine! Oh, it’s being sold as a PRO product. The PRO Koryak dropper. It only has 120mm of travel? Wait, is that a single bolt head? Yeah, but still: Shimano!

I envisioned Di2, servo motors, exotic materials, XTR grey, and a post that would go up and down on its own to programmable preset positions so I wouldn’t have to shift my weight – sit – to lower it. And a two bolt head.

I’m always excited to see new products from Shimano. They come pedaling out of the gate with a quiet ‘don’t worry about yours, I’ll show you mine’ swagger as they punch out first generation Dura Ace and XTR products, like Di2 or clutch derailleurs, with the promise of trickle down technology eventually filtering down to their price-point groups. 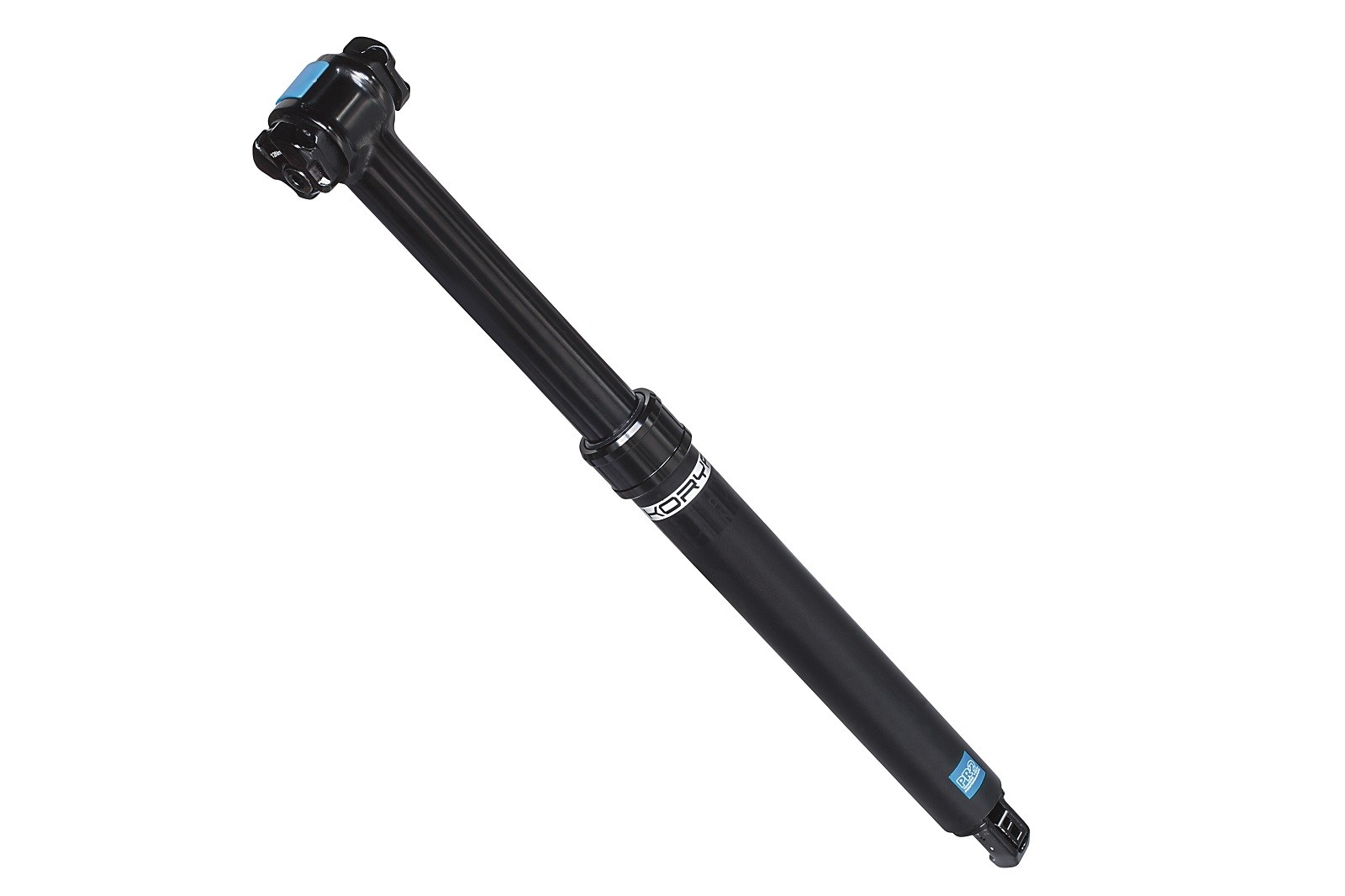 The Shimano PRO Koryak uses stealth routed OPTISLICK cables and is “designed to inspire confidence through versatility, adaptability and performance”.

On the other hand, I’ve always felt that the PRO line is over priced and, or, under featured. An exception is their grips which I’ve put into the ‘frankly awful’ category after trying several sets. That’s not to say the PRO Koryak, which I have not ridden, isn’t a perfectly okay dropper post. My issue is that it fails to live up to the lofty expectations I imagined upon hearing that Shimano was releasing an up-downer.

I envisioned Di2, servo motors, exotic materials, XTR grey, and a post that would go up and down on its own to programmable preset positions so I wouldn’t have to shift my weight – sit – to lower it. And a two bolt head.

Shimano has big cojones to be putting out a dropper post with a single bolt ‘guts in a tube’style clamping mechanism. Does anyone care anymore that they are stealth routing only?

I must pause for a moment to appreciate their cojones in releasing the post with a ‘guts in tube’ style single bolt clamp head design. I mean, given that Specialized and Crank Brothers both dumped the design after years of shops experimenting with every friction paste known to man to generally no avail… Yes the 13nm torque spec is well within the max for a graded M6 bolt but I’m sceptical about my saddle staying put without some judicious wrenching.

I’m also going to boldly claim, again without having seen it in person, that the PRO Koryak post’s remote is probably one of the most user-friendly on the market. Shimano shifter ergonomics in a dropper post remote? Yes please. And they’re calling it a “Firebolt style lever” which implies the seamless feel and performance of their XTR Firebolt Di2 shifter. 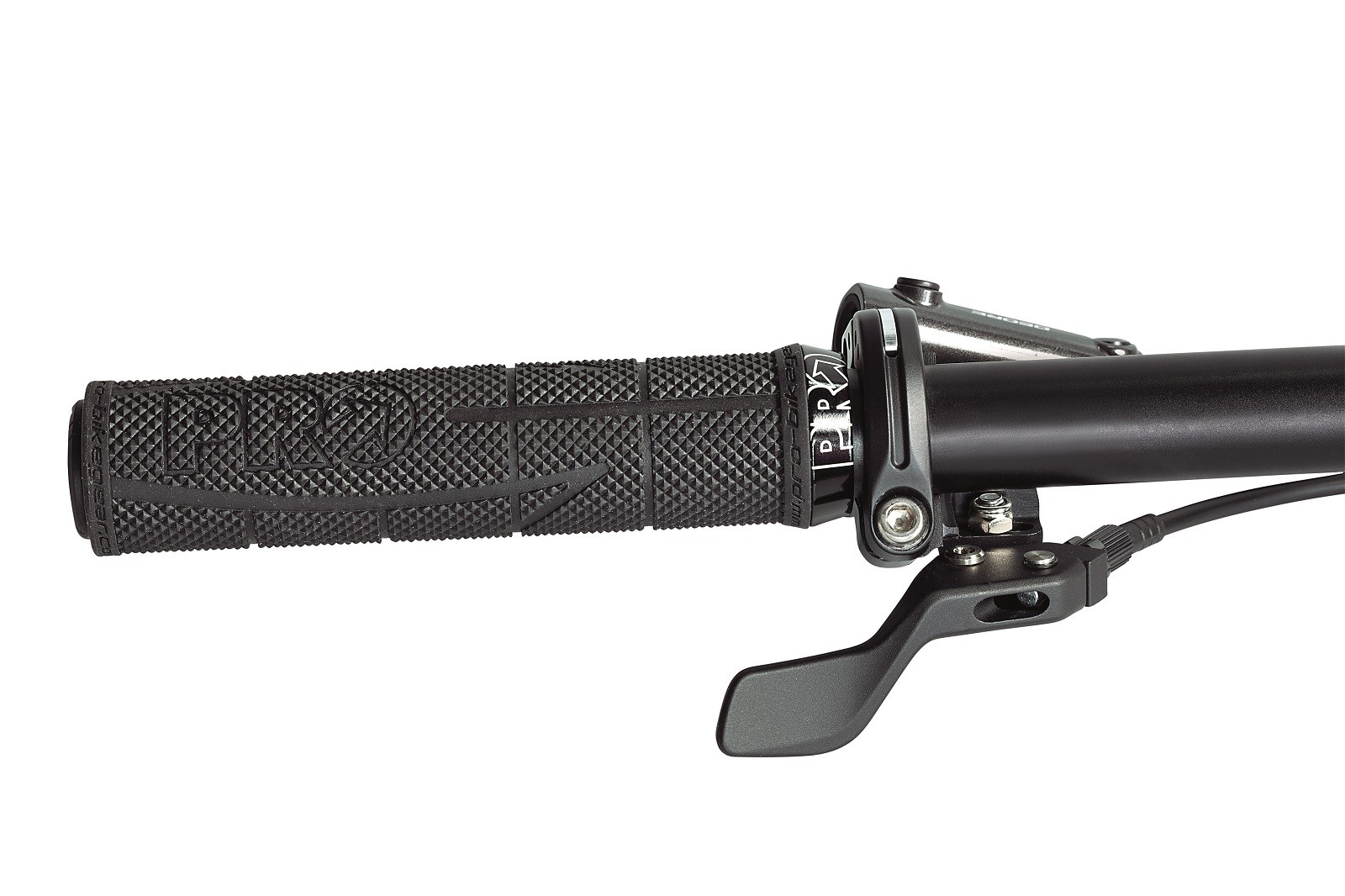 I’m glad Shimano is getting into the dropper post game despite only serving up a 120mm post running a basic air cartridge design. My hope is this an appetizer via the PRO brand, which has previously consisted solely of static parts, and the main Saint or XTR  course is just around the corner.

Is there anything here for you?

I had a Pro Koryak post for a couple of years when they first came out. No issues with the single bolt clamp, vey solidly constructed and a very strong post over all. If it lowers the over length of the upper assembly, then all good as some new posts seem to be much longer than they need to be, Fox's Transfer being one of them.