Shimano's latest Di2 technologies won't actually arrive until 2023 but with Eurobike happening this week and several manufacturers displaying the equipment to the public, Shimano's PR department decided to get ahead of the curve and announce their newest additions to the Di2 and E-Bike motor lineups. Below is a summary of their press releases for the XT Di2 groupsets, and the all-new EP6 motor.

Shimano's new XT Di2 lineup features a pair of complimentary drivetrains that sport a trio of shifting modes: Full Manual Shifting, Manual with FREE SHIFT, and Automatic Shifting. The first setting is fairly self explanatory, with FREE SHIFT allowing riders to utilize the motor turning the chain over to move between gears while coasting. Automatic Shifting will work to keep you in the optimum cadence for that speed by moving through the gears automatically, but can be manually overridden should the rider want to. This means that the system will work to keep you in the perfect gear regardless of what you're riding without having to touch the shifter at all.

This is all achieved by integrating the motor and drivetrain with a wired system. This allows it to run seamlessly, and means that users will only have to deal with one charging port when recharging their bike. 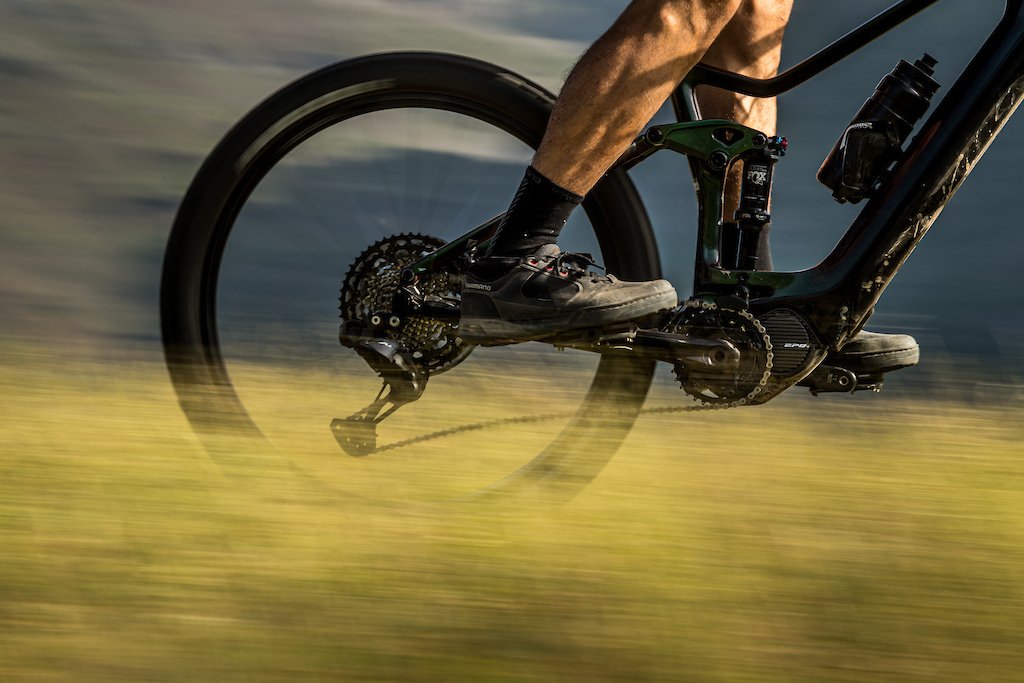 Along with the new XT groups, Shimano has announced two new motors, the EP6 and the EP801. The latter is an update of their existing EP8 motor to allow it to work with the new XT Di2 components, while the EP6 aims to provide similar features to the EP801 but at a lower price point, and slightly higher weight. Both motors will deliver 85Nm of peak torque, and a continuous output of 250 W. The motors are also backwards-compatible with previous generations of both Di2 and mechanical Shimano drivetrains. 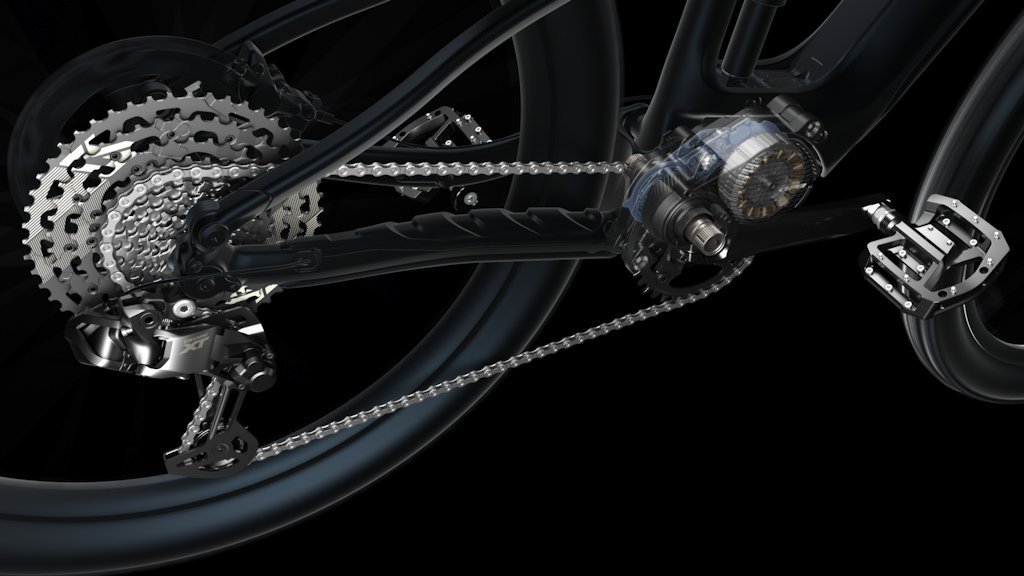 According to Shimano, the XT Di2 components and motor units will be appearing on complete bikes starting in Q2 2023. They note that "these components will only be available as part of complete bike builds and therefore we do not plan to provide pricing for individual parts or groupsets at this time." Expect to see a review from us in the future as they become available.

I'm genuinely surprised this didn't happen sooner. Already have the (relatively) huge battery and the sensors on an e-bike, of course everything electronic should be connected to it: lights, computers, e-shifters. And once it's all connected, automation of those connected things is practically free since there is plenty processing power available and more than enough physical power.

Makes me laugh at e-bike builds with AXS, though: "Yo dawg, I heard you love batteries, so I strapped some little batteries to your big battery!"

Once technology allows it all components on a bicycle will be replaced with batteries.

Indeed. Our future will be virtual reality setups. Wacky goggles and a chair that wiggles. Scent surround so it smells like you’re outside, a little mud spray too.

Automation is probably quite expensive, as is all custom software work. ;)

I think I meant free as in they already have all the hardware they need. I am a software engineer, with a large automation component, and I know how expensive me and my team are, so I hear you on that aspect, but...

They're already doing custom software for the power delivery, battery management, motor management, power modes, perhaps traction control, etc. I think adding auto-shifting isn't really a huge deal on the software side, just one piece of the whole. And a huge value add for end product, so well worth it make the spend.

For that use case I think it still makes a good bit of sense to have dedicated batteries for the AXS system. Sure would suck a lot more if you drained your big battery and also could no longer shift or use your dropper too, sure the AXS batteries could be labeled as superfluous but they serve components with quite different power usage than the drive motor and controller system.

The big battery has enough charge for probably millions or billions of shifts or drops. Easy enough to reserve some for shifting: easily get many hundreds of shifts from the power it would take to drive the motor for like 100 meters more. And in fact, I have read that either this system or the new Trek with the optional wire-powered AXS (can't recall which or if it's both, so many system integrations happening right now) does reserve some big battery juice specifically for shifting after the motive power has "run out".

yep. (more) systems integration / automation appears to be in our future. interesting to see the new fuel ex-e using a wired (no battery) axs mech.

Which a bunch of us commenters (on various sites) predicted years ago.  The Fuel EXe also gets headlight integration, which also just makes perfect sense. I like my bikes with zero batteries to tend to, but if I ever did get one that needed a big honking battery, for damn sure the big one better be powering everything.

(The button cell in the AXS remote lasts long enough and is both small and universal enough that I'm actually OK with that one being separate, though.)

Bring back rapid rise in a 1x mountain application you cowards!

This automatic shifting makes me wonder, how detrimental to battery life would it be to make some e bikes single speed? The number of riders I see with the seat down and in the tallest gear would suggest they're not shifting much.

I also wonder how far from a Pinion esque type set up we are too. It seems crazy to me that an ebike keeps the derailleur,I mean is there any point of having a high end drive train on an ebike? I've heard a few examples of huge Kms and owners wondering why stuff wears out.

The cynic in me says keeping the derailleur keeps it looking like a normal bike.

Orange did just that, the gearbox e-bike. E-shifting of the gearbox as well, IIRC. More things that feel like they should have been that way from the beginning.

You definitely still need gears. These systems are designed to work by providing a percentage of assist based on the drive setting you're in as well as how much power the user is generating - and that's affected by what gear you're in. There's a wide spread (500% or so just like with regular wide range 1x setups) in current drivetrains and it impacts the way the bike handles just like on a regular bike. Also, higher cadence/lower load means more efficient use of battery power, so gears in these e-bikes are not only important for control (up, flat, and down) but also for battery management. If I climb in a low cadence and demand more torque from the motor, it uses juice way more quickly than in a high cadence/low torque scenario (I can't give you a number, but it's tangible).