WHISTLER, BC – August 16, 2015 – Behind every cloud is a silver lining, and despite a one day rain delay which forced the postponement of the most highly anticipated event of the week-long Crankworx Whistler festival, Red Bull Joyride hit the mountain on August 16th showcasing slopestyle mountain biking under near perfect weather conditions. The Red Bull Signature Series event featured 18 of the world’s top athletes in a season-defining showdown that marked the final stop of the Crankworx World Tour and the last required win for the Triple Crown of Slopestyle. 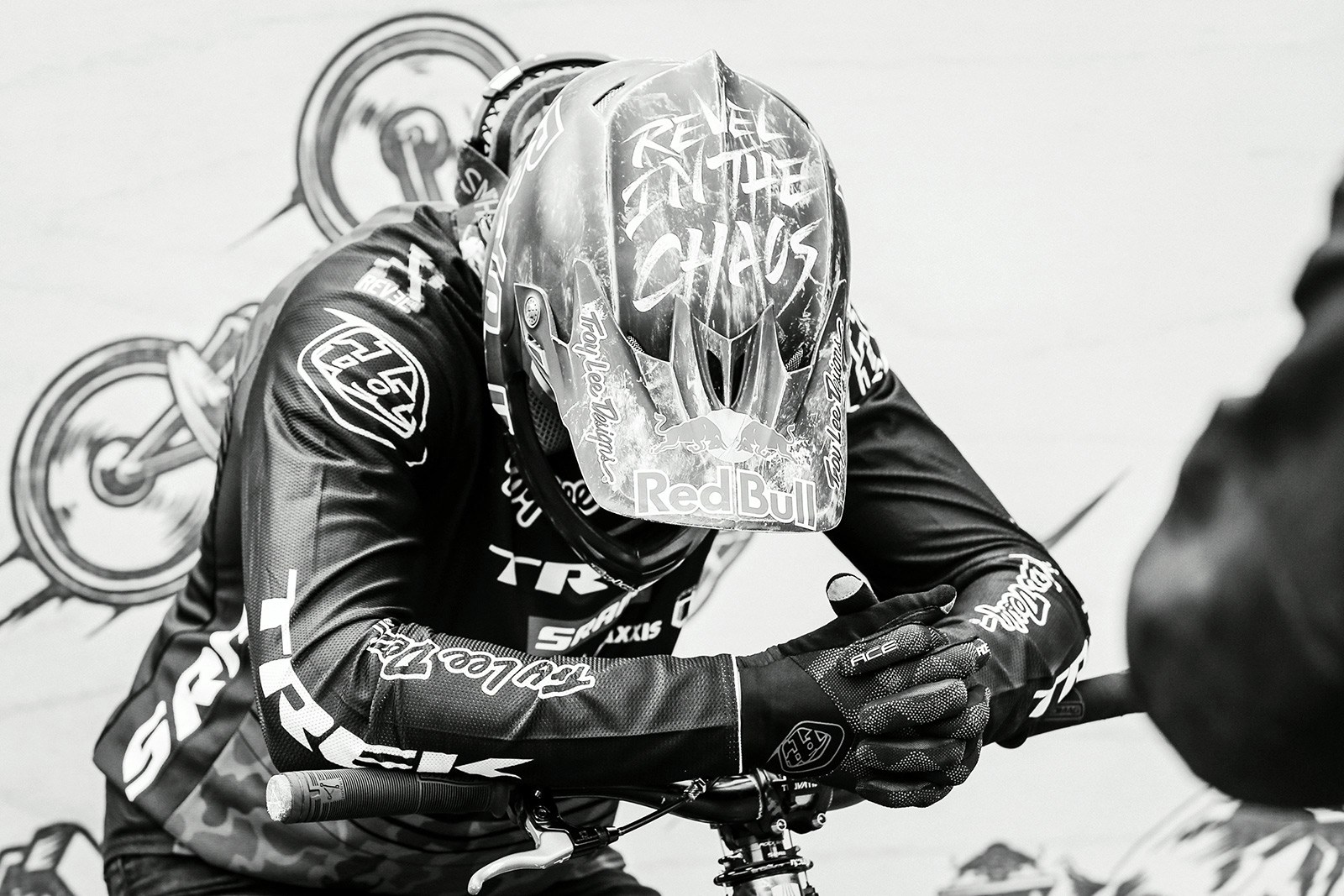 It was Squamish local Brandon Semenuk who took fist place, making this his third consecutive Red Bull Joyride victory. Flawless back to back runs that featured his signature technicality quickly put him in the lead in what was by far the most confident performance of his season, delivering big tricks including two cork 720’s, an opposite truckdriver and backflip tailwhip to one foot can. “The earlier part of the year was tough for me, and to finally get a good run down the hill felt so good after two events where I wasn’t riding my best. But I so badly wanted to put this one together and it kept unfolding the way I was hoping for”, said Semenuk. 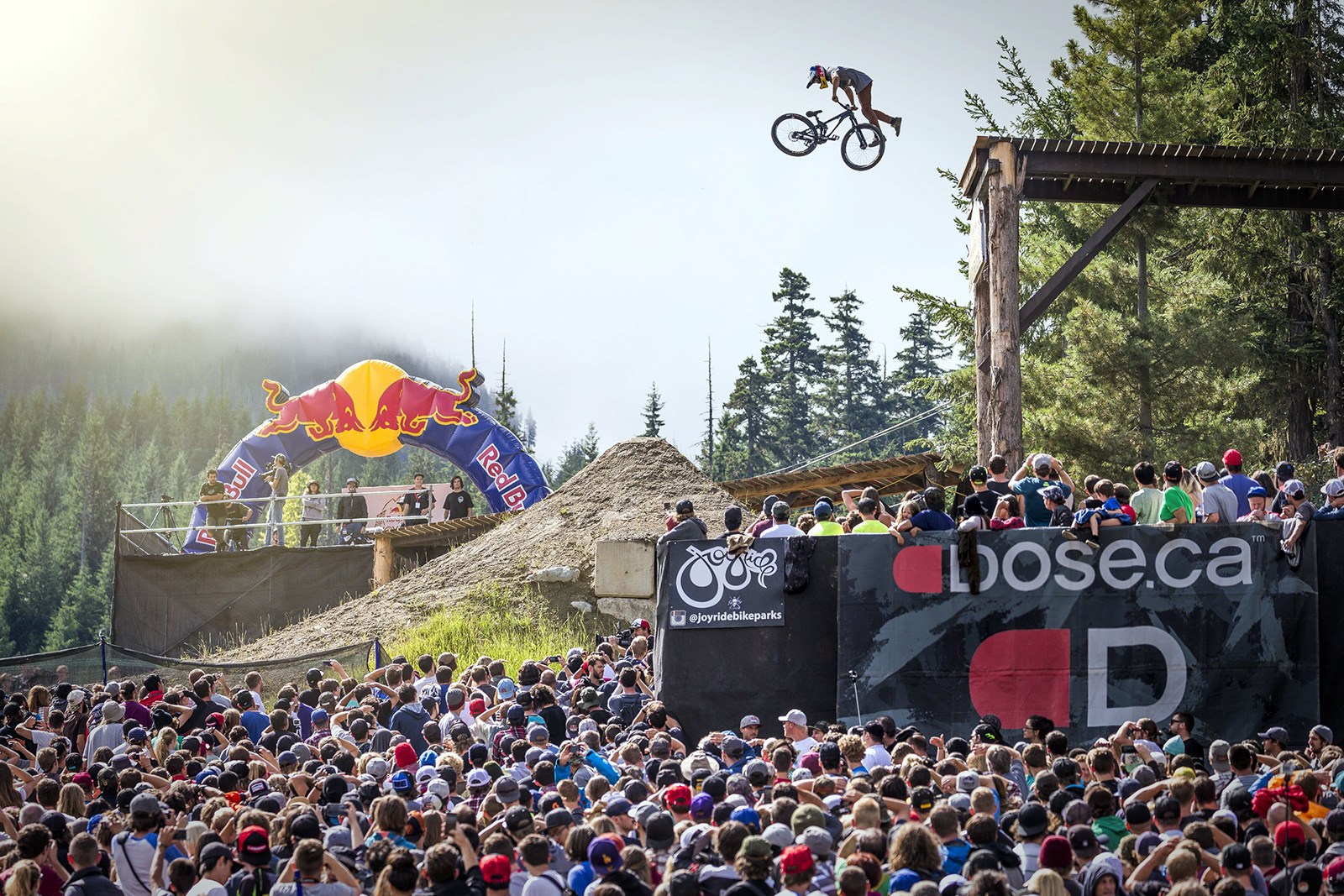 Anthony Messere was looking so good on his first run – but he couldn’t finish it, crashing hard on the final feature. His second run ended even earlier. Photo – Scott Serfas

For Brett Rheeder, it was an opportunity to potentially make history as the first ever athlete to win all three stops of the Triple Crown series after a stellar season that saw him take the podium wins in both Crankworx Rotorua and Les 2 Alpes. Despite being the odds-on favorite to win the third stop in Whistler, falls on both his first and second runs unfortunately put him out of reach of the podium. 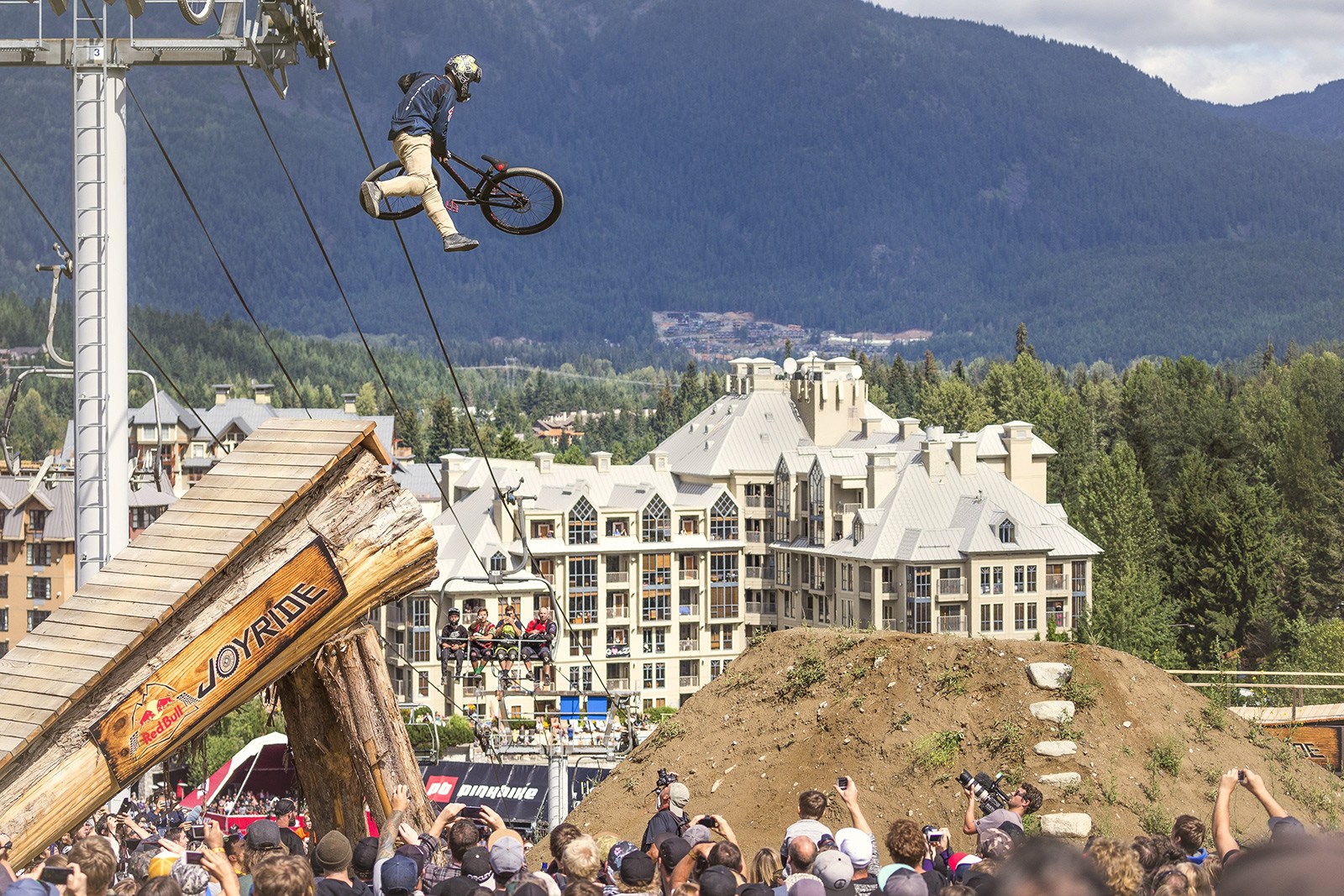 Nicholi Rogatkin laid down one of the best runs ever, with a triple tailwhip, a cash roll and cork 720. Photo – Scott Serfas

Following hot on Semenuk’s heels was Nicholi Rogatkin of the US with a second place that saw him take the podium at Red Bull Joyride for the first time in his career. With two strong runs, he was within site of gold with a score of 93.80, only 3.04 points behind Brandon Semenuk. Third place went to Thomas Genon of Germany. The full replay can be found here. 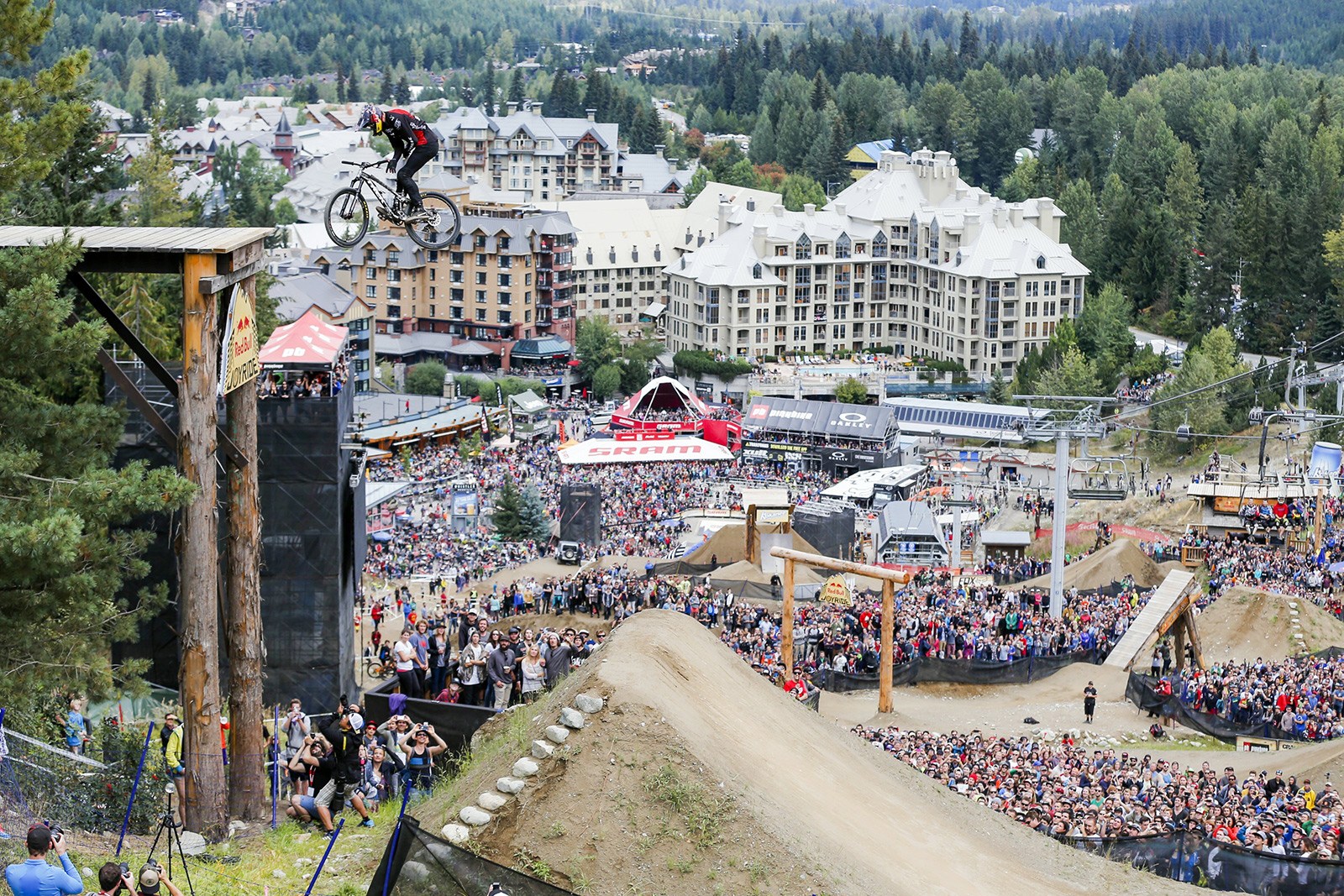 There wasn’t much Brandon Semenuk could have added to his run. Textbook. Photo – Jussi Grznar

Saturday’s rain was a blessing in disguise, arriving at a time when Whistler has seen some of the driest conditions so far this season. Although the wet conditions were deemed unsafe at the time of competition, the water helped to dampen the dusty course making the dirt much takier by Sunday, giving riders the extra traction they hope for. “The course was about the same speed as yesterday, but the wind really mellowed out today making it pretty much perfect. It was a little exhausting coming at this on a second day after getting so ready yesterday (Saturday), but it’s turned out really well” said Semenuk.

How did Joyride 2015 compare to previous editions?

Some facts are wrong in this article. Semenuk won on a flawless first run, his 2nd run was a victory lap (not back to back flawless runs). Nicholi popped his tire and crashed on his first run (not two strong runs). Thomas Genon is from Belgium (not Germany).