Every now and then the first email you open sets the tone for the day, which is what happened this morning: “Santa Cruz sold to Dutch Holding Company”. It was a subject line only ‘nm’ mail: no message, no details.

So I thought it was a joke, albeit a weird one. And a bit cruel. Would Roskopp really sell the iconic bike brand he co-founded in 1993 with Rich Novak? The Santa Cruz that has gone from boutique brand to über boutique brand? Is nothing sacred?

Well, the news is true. However we have a bit of an aversion to regurgitating press releases around here, so I dug around to get a bit more detail and collared Will Ockelton, Santa Cruz’s Marketing Director. He confirmed that yes, it is official, and yes, it truly is going to be business as usual as they move forward. So, what’s the deal with the sale? Is this just a case of Roskopp and Novak cashing in? 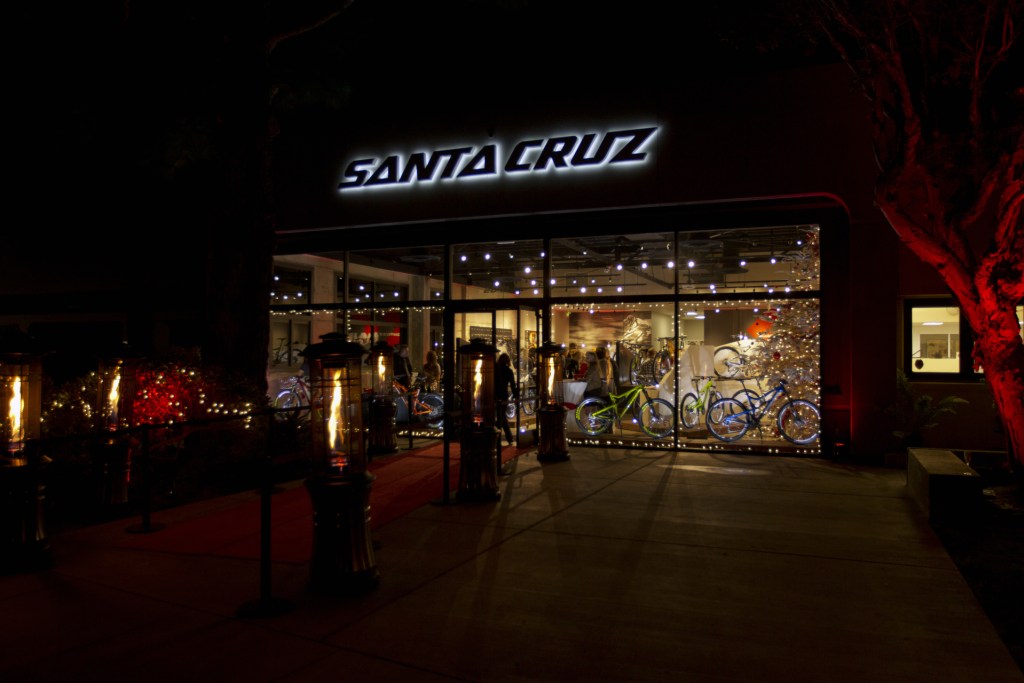 Thankfully, no (although you can bet it was a hell of a payday for those two). Santa Cruz has fielded purchase offers for years, but none were the right fit. Pon Holdings (the buyer) has a history of holding and building brands, they don’t target companies for re-organization and resale. Ockelton continued by addressing what Pon can do for Santa Cruz: “we were in a cannery three years ago, the recent move and expansion was already a big undertaking for us. Pon adds a lot of logistical power but things like assembly will remain in Santa Cruz”. So there’s one huge question answered, which explains why Will was upbeat and sounding fresh on the phone this morning, despite celebrating the news well into last night, after it was made official to the staff in Santa Cruz. The future of assembly is question #1 for most, however Santa Cruz wants nothing to do with cutting their strong ties to the community and staff in their eponymous town.

And how did they celebrate? With a bike ride, of course. There was a  bit of a party after that, too – one part pre-Fourth of July staff party, one part “hey, we were just sold but it’s a good thing – it’s going to be business as usual around here”.

This acquisition allows Santa Cruz to keep doing what they’ve been doing all along, but will provide capitalization, infrastructure, and advanced distribution systems (Pon is also a player in the automotive world) to help them manage and master the worldwide demand for their bikes. 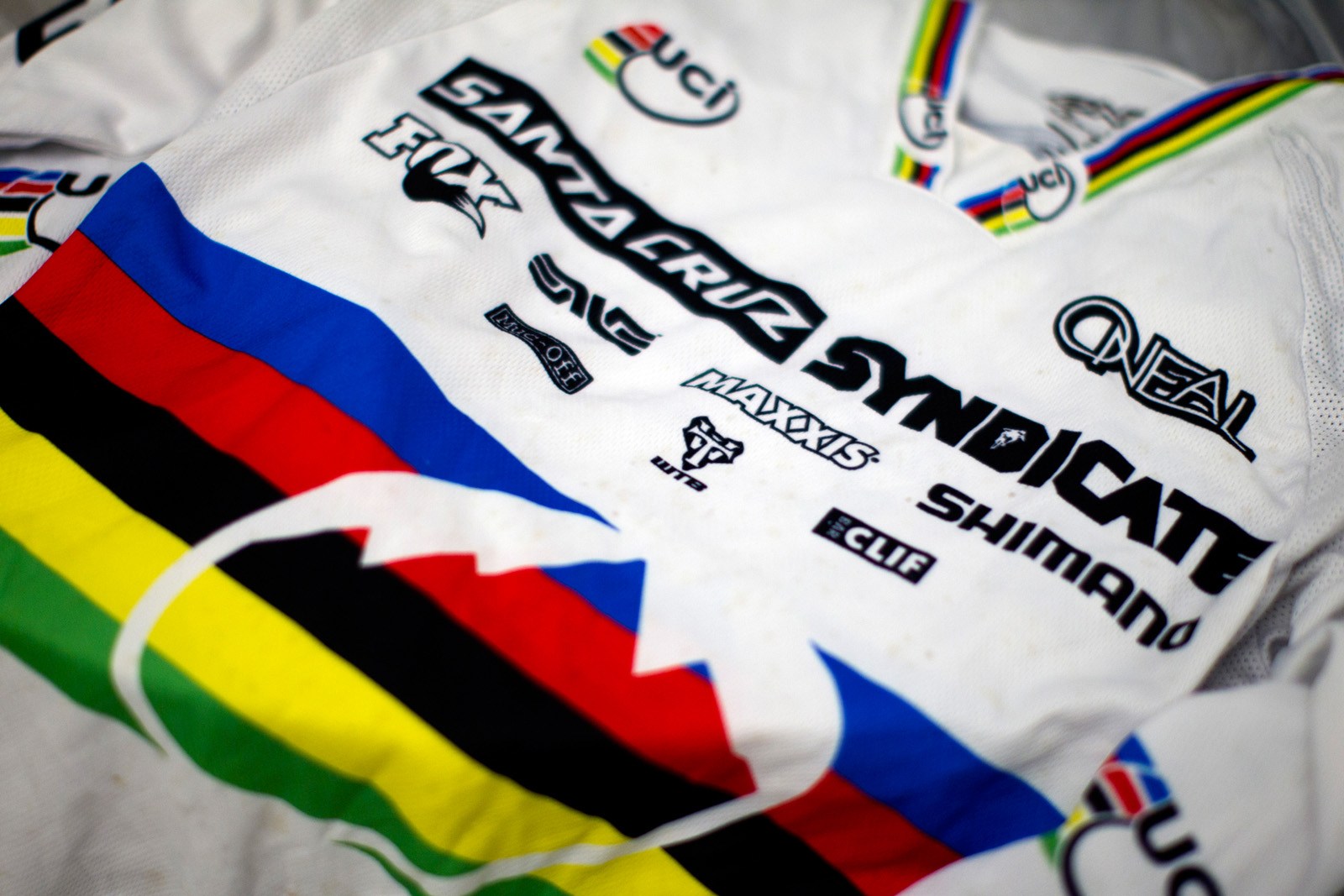 Why worry about getting bigger? Are you going after Trek and Specialized? Ockelton: “We’re not going after the big guys. We just want to keep making good bikes and watch The Syndicate try to win races.” As proof? If they truly wanted to go after those guys, they would have to round out their retail offering and start making hybrids, pumps, accessories, etc. and they have no desire to get into those categories. Yesterday’s Santa Cruz is today’s Santa Cruz. Rob Roskopp stays on as CEO, Joe Graney as COO, the design, sales, and marketing teams remain, assembly and the facility in Santa Cruz aren’t going anywhere. The Syndicate remains unchanged – something that won’t surprise anyone who knows Roskopp and the rest of the staff’s commitment to racing – especially DH.

Any specific projects or undertakings planned? “Nothing at the moment – that work is just to begin”, Will said. 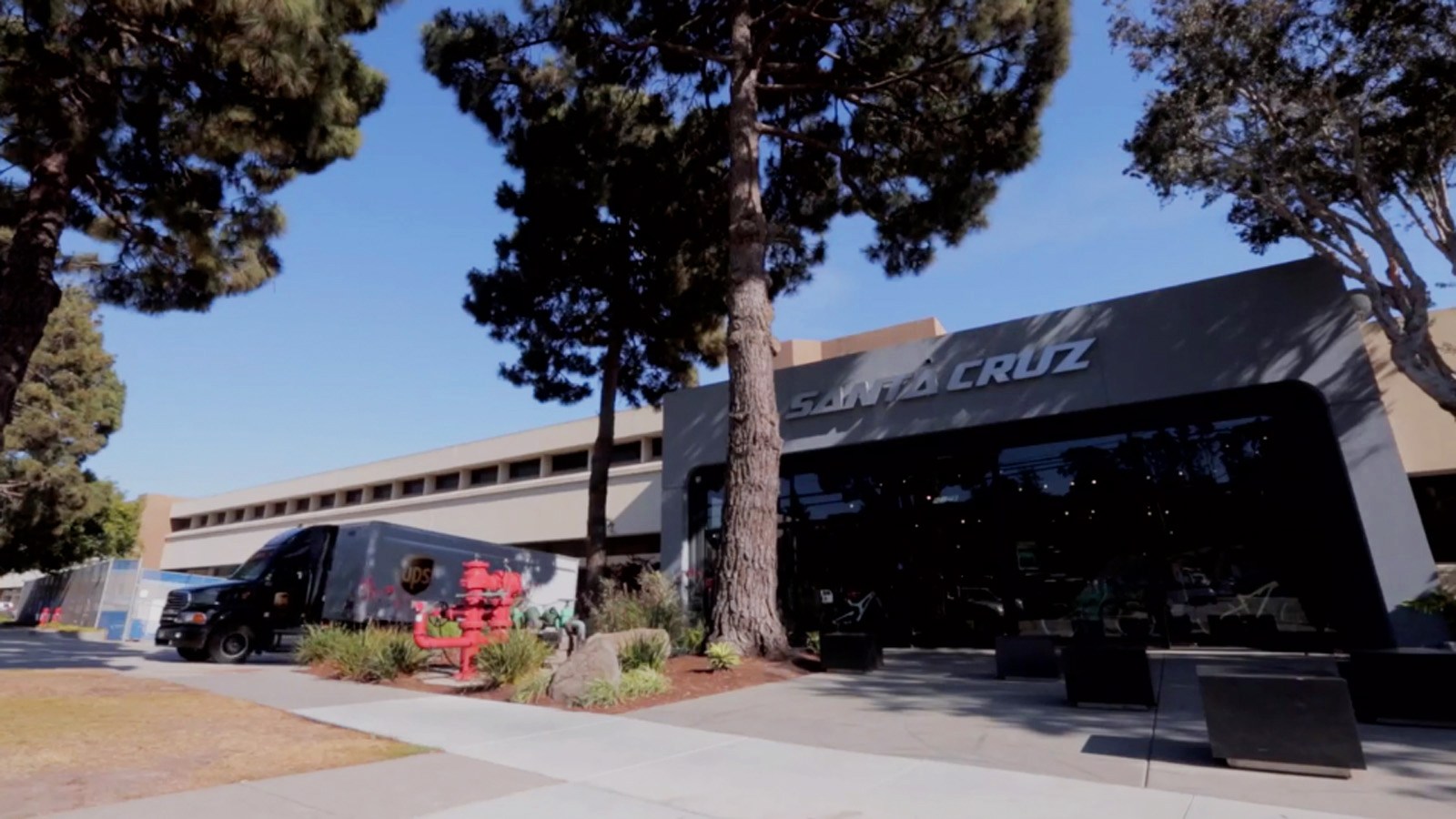 There will be more action than ever at the new Santa Cruz factory and showroom in Santa Cruz.

Below the line is the official release from Pon Holdings. Santa Cruz doesn’t have a habit of commenting publicly about the company, so don’t expect a platitude-laden release from them. I’m posting it here because it’s interesting to note the brands that now make up their bicycle business.

The company which Founded in 1993 by former professional skateboarder Rob Roskopp and his associate Rich Novak. The first bicycle rolled out of Their California factory a year later and the design, testing and assembly has Remained in Santa Cruz ever since. Under this new agreement, the company will continue to be based in Santa Cruz and Rob Roskopp will stay on as CEO. The current management team will remain in place and therefore continue to be the driving force behind further success at Santa Cruz Bicycles.

Within Pon Holdings, Santa Cruz Bicycles will become part of the Pon Bicycle Group. With the acquisition this year of Earlier BBB Cycling, to internationally operating manufacturer of bikewear, accessories and parts, and the addition of Santa Cruz, the Pon Bicycle Group is making important steps in its development. The portfolio is now composed of: Santa Cruz, Juliana, Cervélo, Focus, Gazelle, Union, Kalkhoff, Univega, Rixe and BBB Cycling. The Group has production facilities all over the world, Including in The Netherlands, Germany and the United States, and is active in over 80 countries. This year, some 800,000 bicycles Will Find Their Way to customers around the globe, generating on expected turnover of over 600 million euros.

Pon, one of the Largest Dutch family businesses, is an international trading and servicing company, with a great variety of activities. With Approximately 13,000 employees spread over 450 branches, Pon is active in 32 countries.

Well that was a shocker, wasn’t it?

Santa Cruz makes good bikes. I can't see that stopping anytime soon. They're not terribly strongly represented in Europe. Can't see this acquisition hurting their ability to get stronger European dealer base. Congrats to SC and their staff and good work by Pete on putting out something with more meat. The information that JoeG stays is especially nice

Funny this should come out now. It was 4th of July weekend almost 10 years ago that the Accell group, a huge bicycle corporation from The Netherlands who bought out Seattle Bike Supply a few years earlier, decided that this was the best time of the year to scrap our efficient computer system and go with the Accell's European-based system. The new system was an utter failure and turned our sales reps into CSR's (corporate for customer service reps) at best. There were roadblocks everywhere, much of the text was in dutch and it made up- selling to the dealer almost impossible. The head honchos never cared that their new system wouldn't work and on top this was the worst time of year to make an 'upgrade' in our industry, especially one based in a Northern climate. They even flew in an IT guy from Europe to live in Seattle for a year to fix their failure, all the while losing customers and profits. He never succeeded.

Now Accell is bypassing their own distribution network in the US (Raleigh/Lapierre/Redline/Torker/Seattle Bike Supply) to sell Ghost bikes direct to REI. They've got the network set up but It's all about $$$'s now. I've heard that 'thing's won't change' mantra before. I hope things are different here…good luck!

Sounds ugly. From what I've been told, day-to-day ops will be identical. Time will tell, as you say, but I believe Pon has a track record of keeping it easy. They're also a family-owned business for what it's worth, so they may not be as liable to try to over-systemize everything as a public company would be.

The industry is crowded and competitive. Access to capital will add strength going forward. I think this is a great move, and a smart one at that.

I would not be surprised to see a bunch of current "innovators" taken out in body bags during the next economic downturn.

This moves insures that SC won't be one of them.