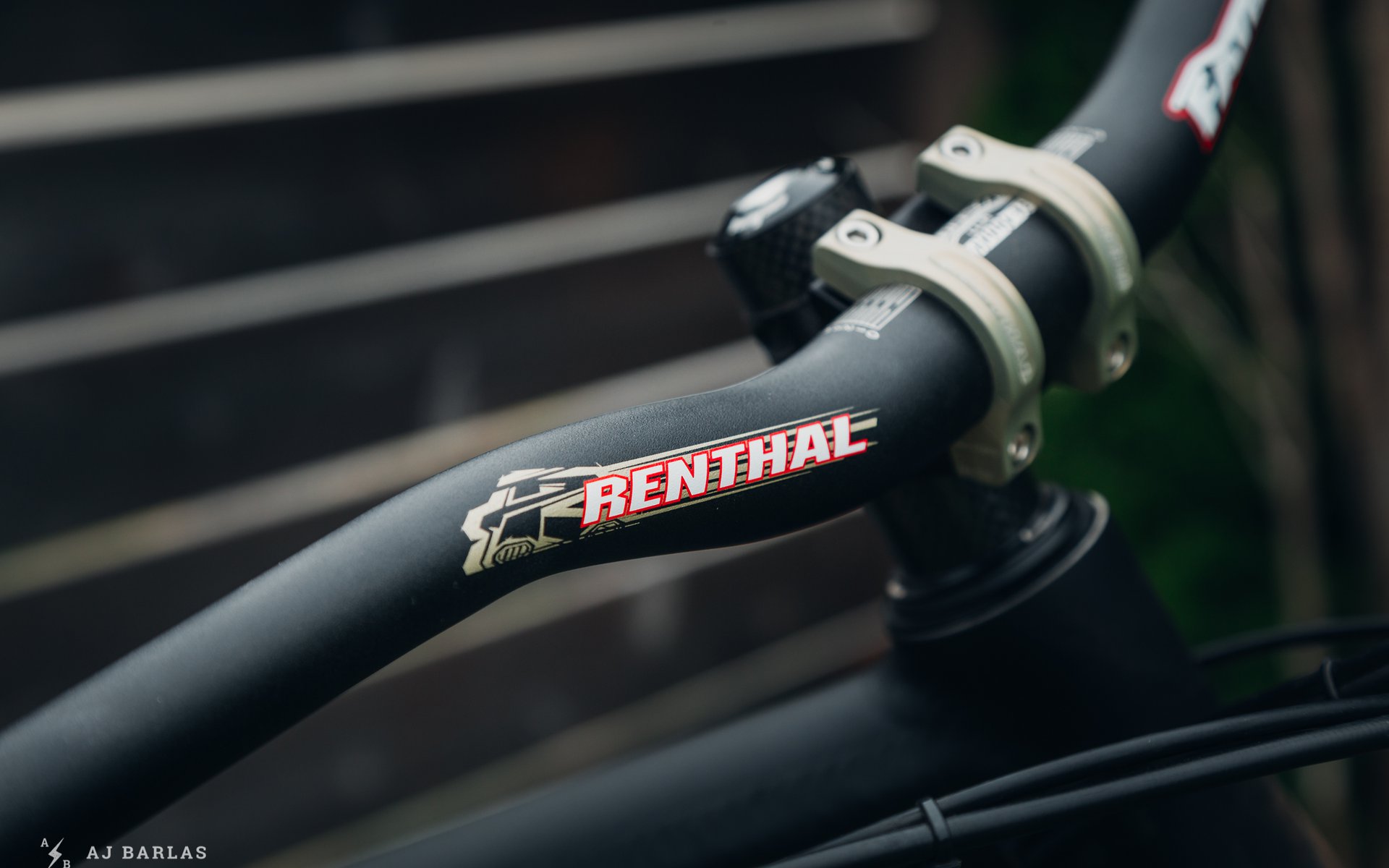 Only a week ago Renthal's V2 Carbon Fatbar was announced. Before their latest carbon bar, Renthal released an updated alloy 31.8 clamp diameter Fatbar. On the surface, all that changed was the width and the added option of a black bar. In reality, there’s more to it.

Renthal’s Fatbar is among the most popular handlebars currently, especially when considering use on World Cup Downhill sleds. Trusted by the best in the sport, Renthal knew simply making them wider wasn't going to cut it. The bar's popularity is thanks to the ride feel and maintaining that when going wider was vital. I asked Renthal's Ian Collins to talk about the testing process that helped Renthal finalize the  V2. 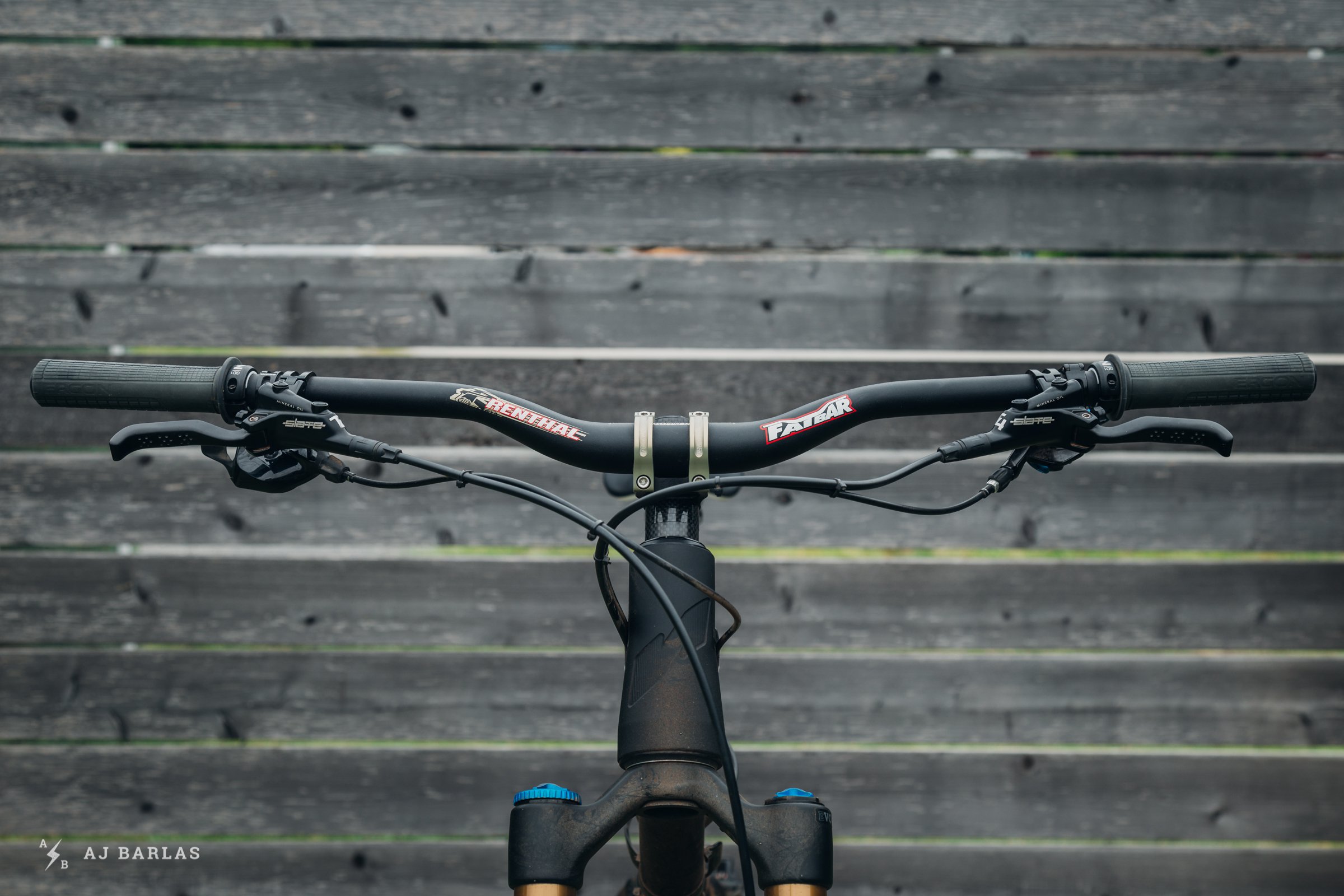 Renthal doesn’t appear to follow trends. What brought about creating an 800mm wide bar? Was it team input, consumer demand, or something completely different?

Whilst we don’t specifically follow trends, we certainly follow the evolution of bike geometry. And I include both stem length and handlebar width within this. There became a clear demand from both the market and some of our team riders, for an 800mm wide handlebar. So we responded and developed a new handlebar to fulfil this demand.

The ride feel of the 800mm bar is very similar to the 780; a good thing. How important is retaining rider feel for Renthal, and how do you do it?

Ride feel is hugely important. In developing the V2 Fatbar, we conducted blind field tests with the V1 Fatbar and with competitor handlebars. During these tests, the handlebars were masked so the rider couldn’t see what they were riding. The bars were then ridden back to back, over the same course and scored on a number of criteria. From this we found a clear majority to prefer the ride feel of the V1 Fatbar. So we matched the flex characteristics of the V2 handlebar to the V1.

To ensure these flex characteristics were in-line with real-world riding, we conducted a number of data acquisition tests. This was to determine the real word loads that a handlebar is subjected to, in varied riding conditions, with differing riders. We then used these loads to determine the relating deflection in the V1 Fatbar. This deflection and load was then used as the specification for the V2 Fatbar. As part of our prototype testing, we conducted the same blind field test, to ensure riders had the same ride feel experience with the new V2 Fatbar as with the V1. 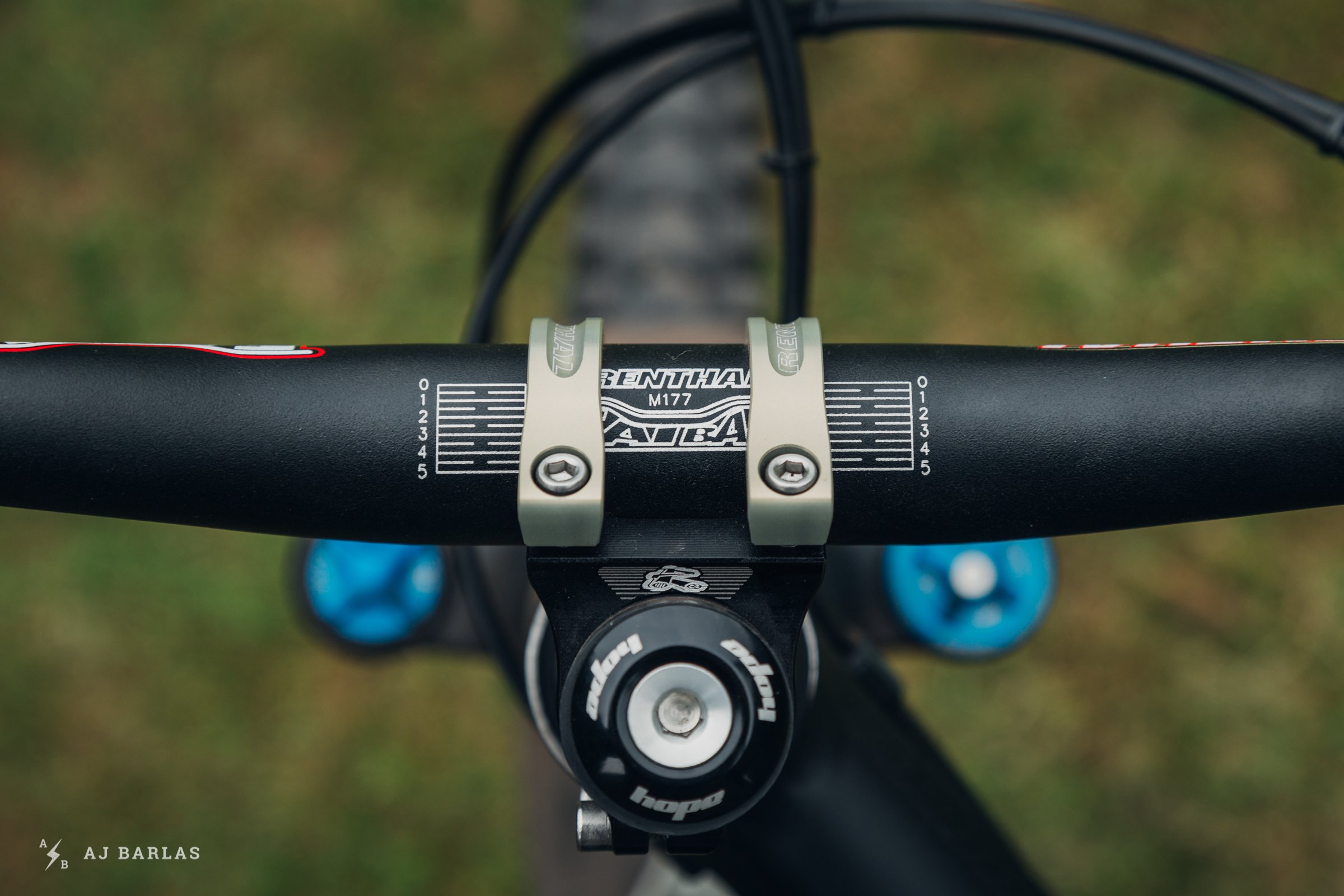 Renthal now has more bar widths, a range of rises, and flex/feel to give riders options. Why are there no options for different bar geometry (sweep/rise)?

We actually offer more rise options than any other manufacturer, with 10, 20, 30 and 40mm rise options in every handlebar. Regarding sweep geometry, we have hit a real sweet spot with our current geometry. It’s not just about the upsweep and backsweep numbers, but also about the distance of the bends relative to the centre of the bar and the location of the bend centres relative both to each other and the handlebar centre. As we have found this sweet spot, we have seen very, very little demand for alternative geometry. 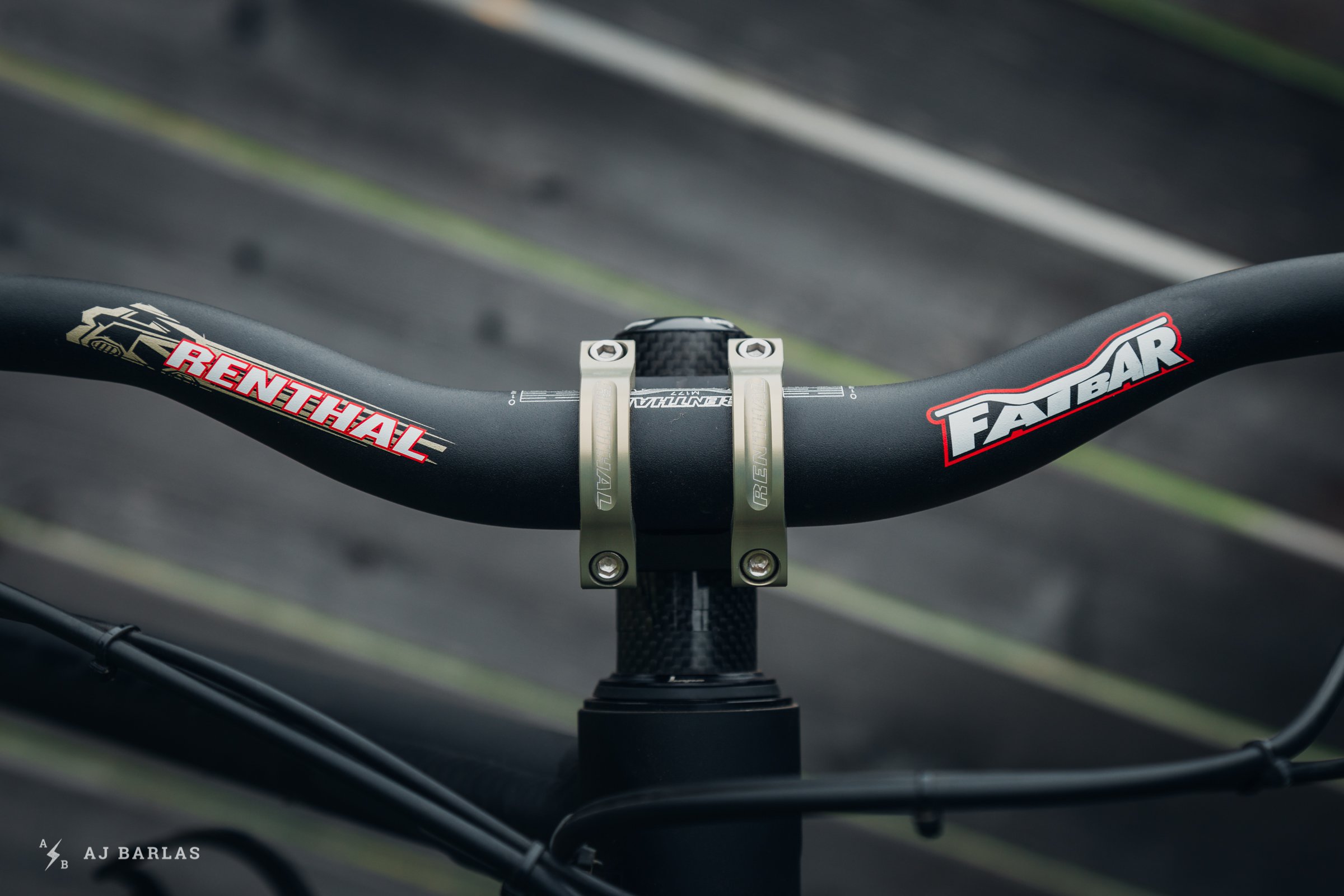 31.8 clamp, 800mm wide Fatbar in hard anodized black. The gold is still available if you're into that and if you don't need the width, there are still 780mm Fatbars available and 760mm Fatbar Lights.

Handlebars measuring 800mm wide are my current preference but I spent years on various 780mm Fatbars. On the trail the new V2 handlebar feels great, there was no discernible difference between these and the previous V1. The only difference felt when flipping back to a pair of V1 780mm Fatbars was the narrower stance. While it's tricky to focus on a bar's ride feel with 20mm less of it, arm and hand fatigue felt the same between the two in every condition. The V2 Fatbar is very comfortable and provides a sturdy connection. They're responsive without causing harsh feedback.

Renthal continues with their Apex stem and the 40mm length version remained in place and quiet with the appropriate care given during setup. It’s important to grease the bolt heads and threads of the Renthal stem and follow their torque specification (5nm for all bolts). Making sure the interface for the stem and steerer is properly cleaned is also key for the most reliable application.

Head to the Renthal Cycling website for more on the range of bars, stems, and other MTB goods available.

I see OCD tidy cables, how do you manage with all those clamps on yer bar?

Haha. It drives me a little crazy. TBH, I prefer the dropper remotes positioned next to the lever (yet to try one that allows it to move over that far). The gear shifter usually can work out, but never got to try it with TRP's brake adapters. The cable management is more about reducing noise though, and the clamps shouldn't be contributing to that. :)

I run their carbon bars and that stem , had the Duo stem before, but it broke. They have quality products , the carbon has helped with my old beat up hands.

Yikes, I'm still running a 4 year old Duo stem.  Where did yours break?!

One of the top front pinch bolts. I crashed hard and impacted the bars , nothing to do with the design.

Their 785 bars are just about perfect for myself.  Have three bars on three different bikes now.

Let's have a road bar soon!

So what have changed beside the color and the width?

Nothing, and that’s the point entirely. Renthal feel that they’re onto a good thing with feel and pulled out all of the stops to achieve that with the wider stance.

Then maybe you shouldn't write:"On the surface, all that changed was the width and the added option of a black bar. In reality, there’s more to it."

Getting the same feel from a 20mm wide bar requires more underlying changes to the spread of material to the bar in order to achieve the goal. So yes, they feel the same but achieving the same feel required carefully planned amends to the structure.

Thanks, John. Not sure where that came from? It's fixed now!