The old maxim of  “good things come to those who wait” rang true Monday at the finals for Red Bull Rampage. After getting rained out most of the weekend, riders stormed back onto the course to throw down some truly incredible runs. Wild man Andreu Lacondeguy mixed his racing past with his big mountain riding making for an amazing run filled with hucks, style and speed to grab a deserving first place. Cam Zink did a throwback to 2010 with a massive 360, this time off a natural drop earning him second place. Squamish’s mountain bike wonderboy Brandon Semenuk took home third with a smooth and flowy run filled with tricks and style.

You can get a full rundown of the placing and scores HERE. 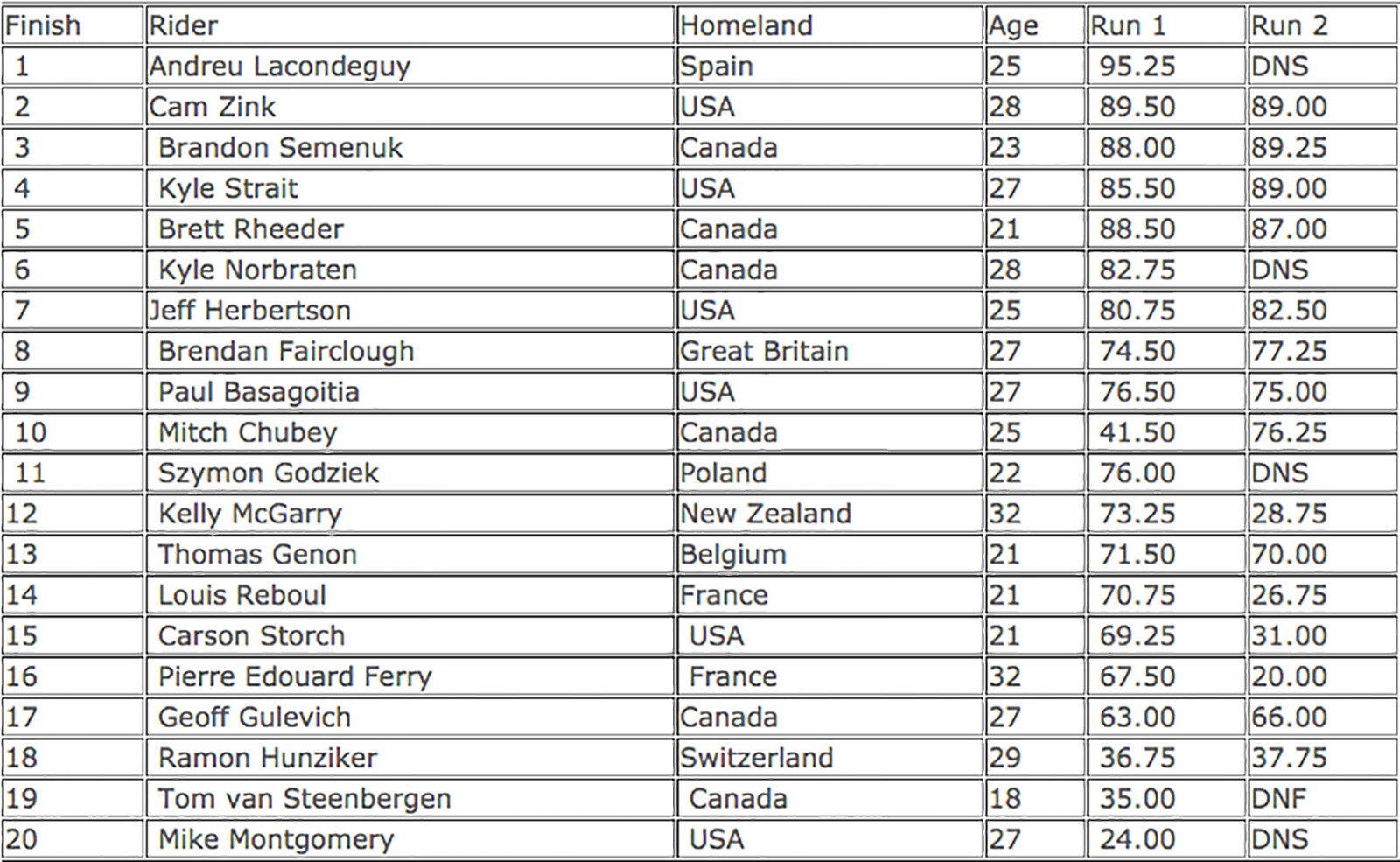 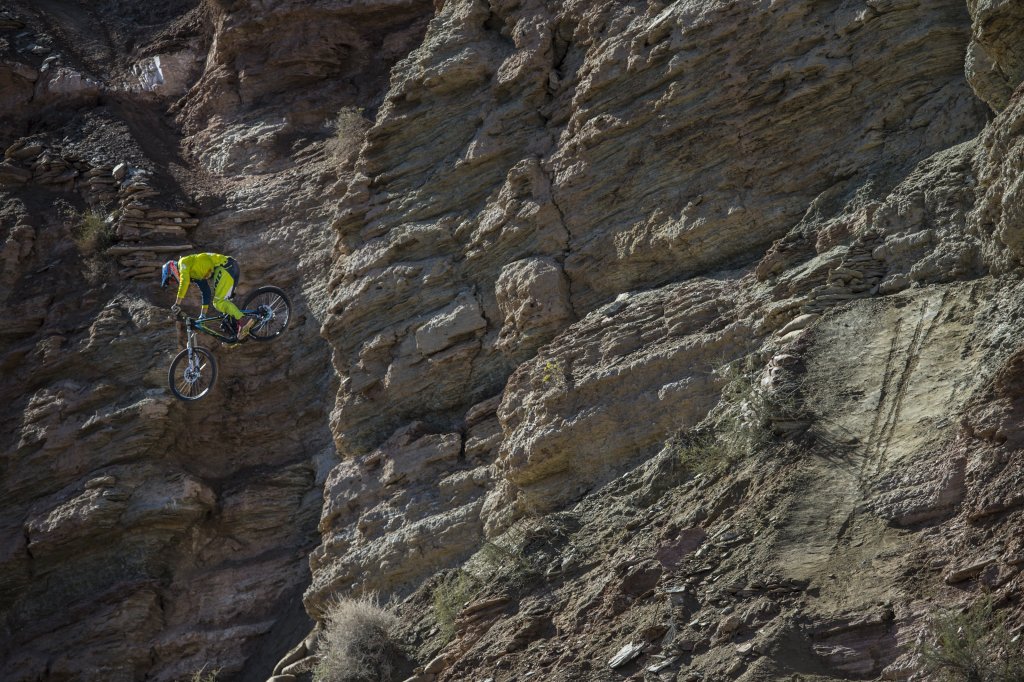 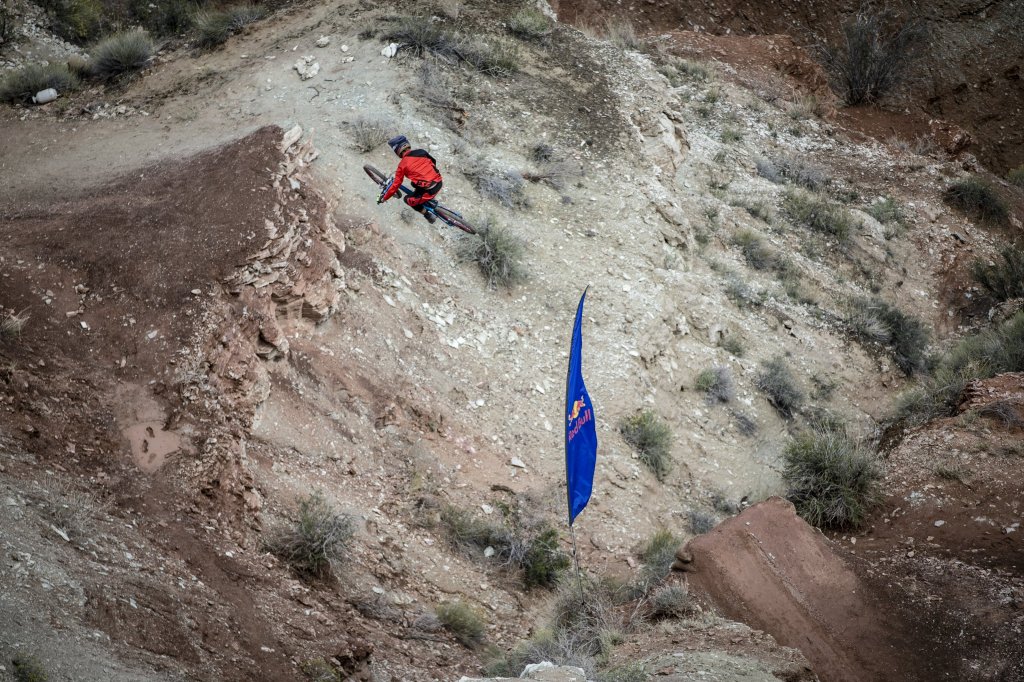 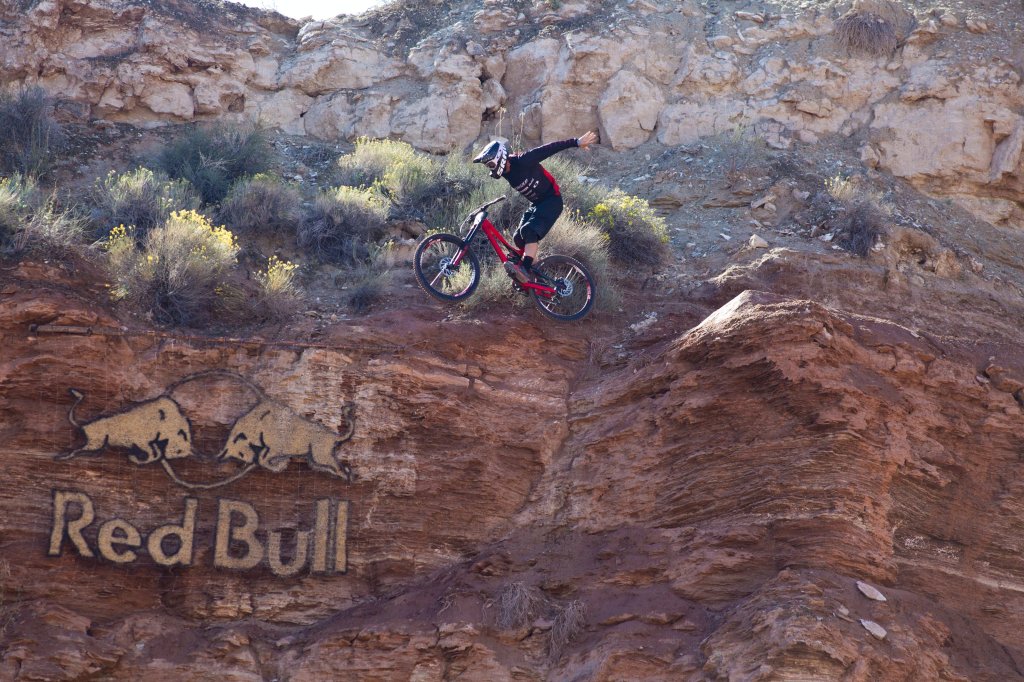 “Norby” with a suicide no-hander further down his line. Photo: John Gibson 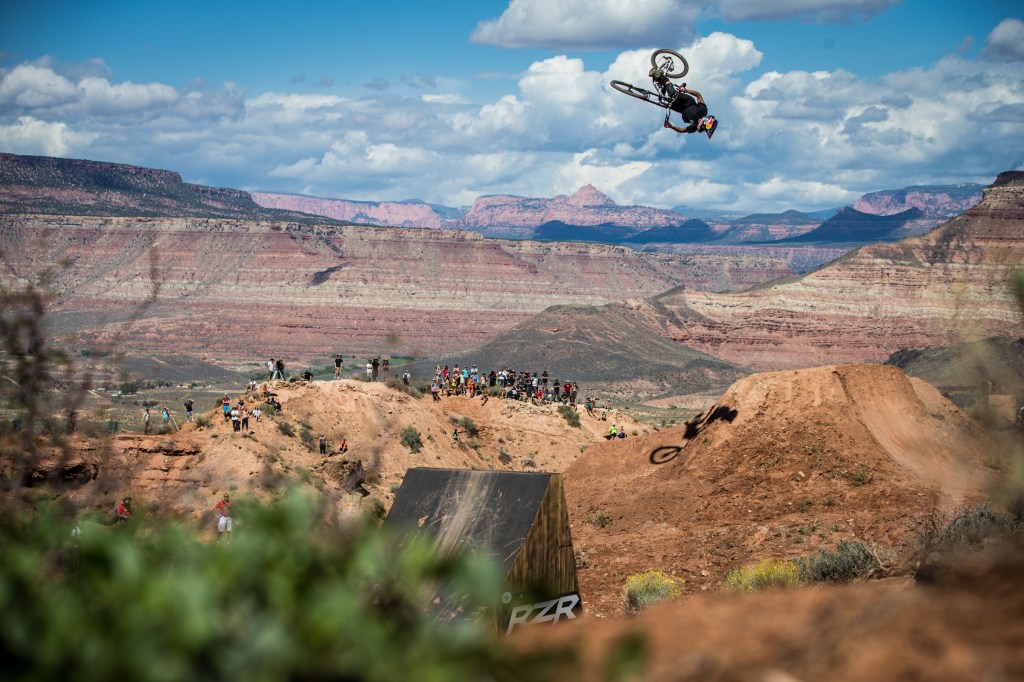 Andreu didn’t want to repeat his top section as a victory lap, but he still put on a show for the crowds further down the mountain. Photo: Christian Pondella 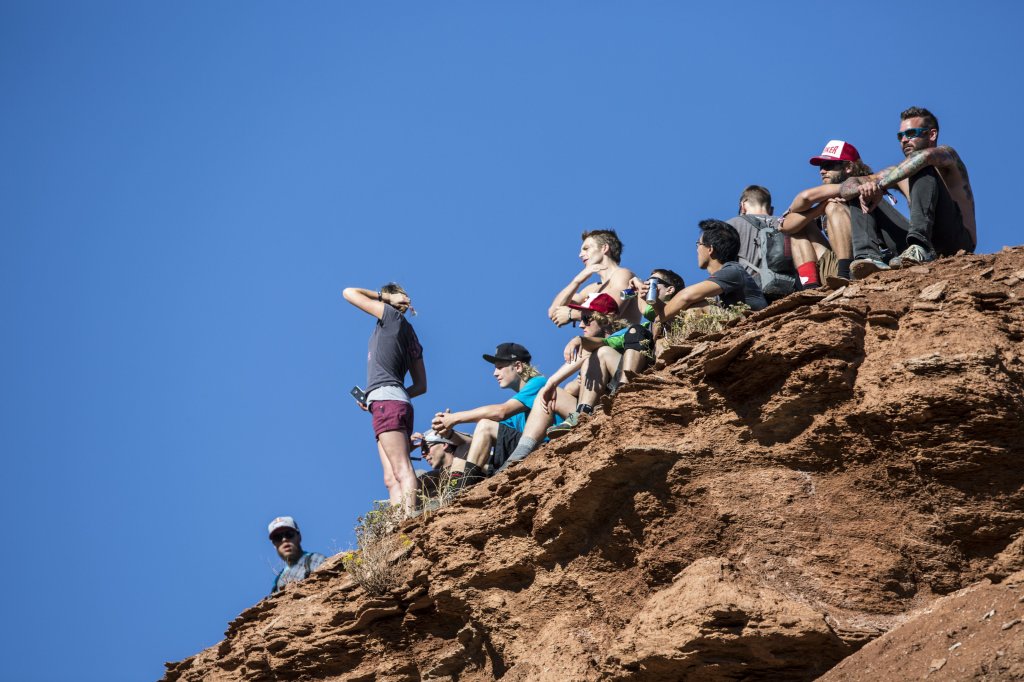 From left to right: Those who remembered to apply sunscreen this weekend and those who didn’t. Photo: Christian Pondella 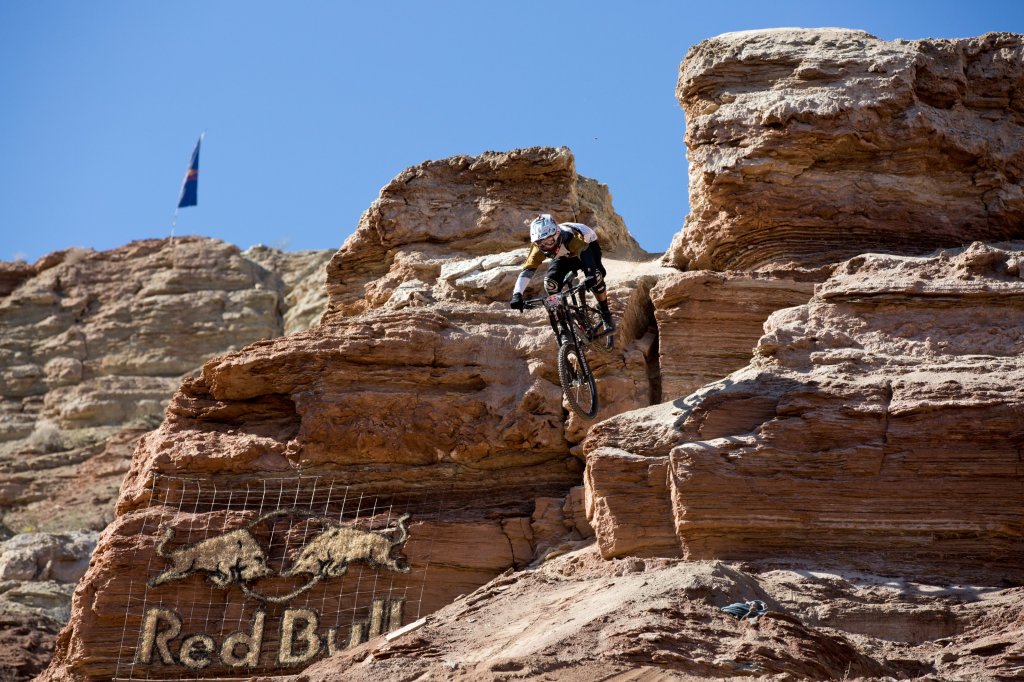 Gully dropping into the steeps on his run. Photo: John Gibson 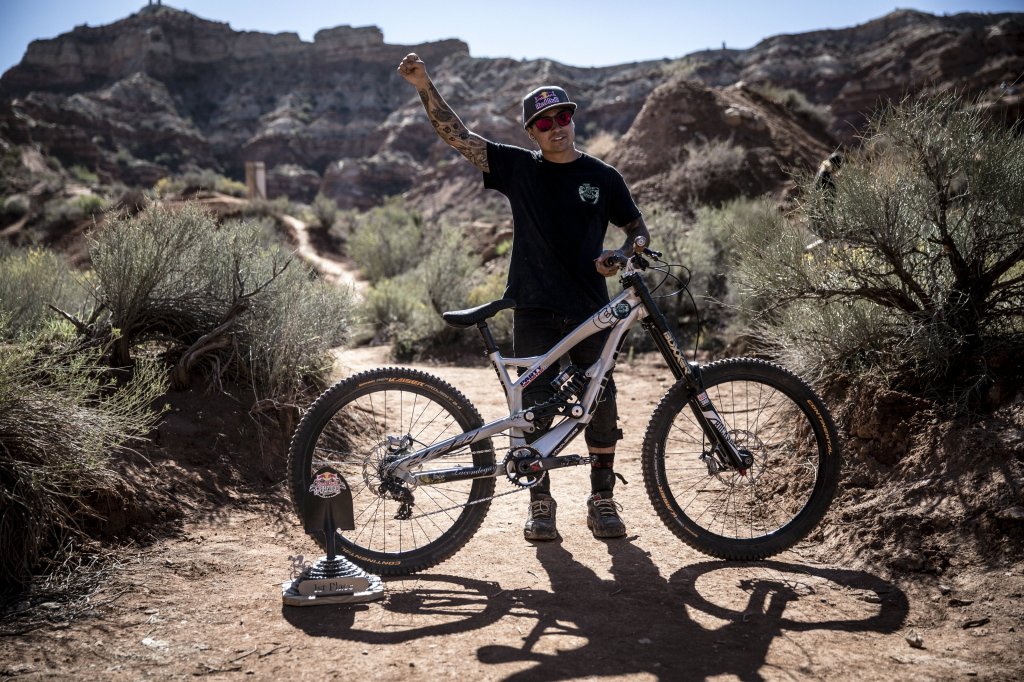 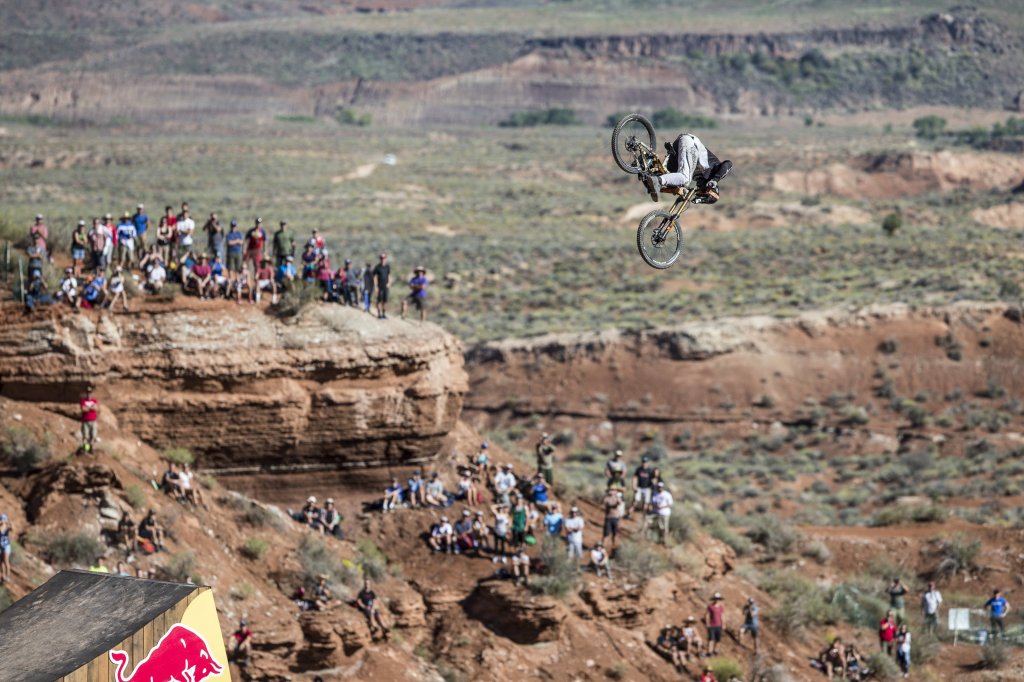 What could have been… Tom van Steenbergen almost makes history with this frontflip attempt over the canyon gap, but gets bucked from his bike. Word is that he is feeling fine but is getting checked up once he lands in Canada. Photo: Christian Pondella 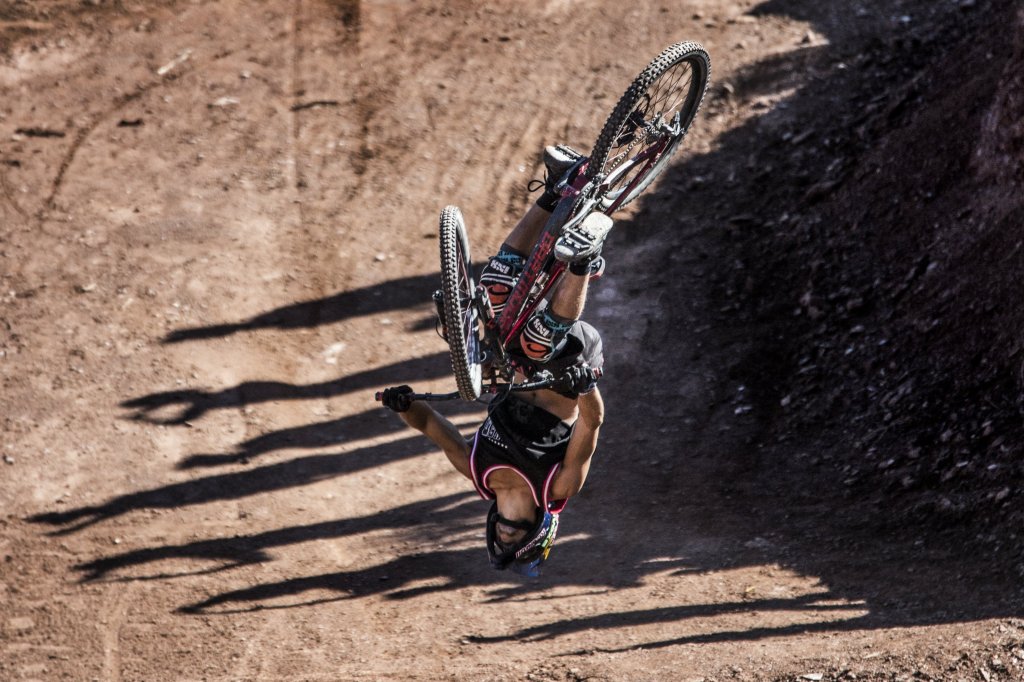 Szymon Godziek was one of the riders who had a very slopestyle influenced run. Backflip over the canyon no problem. Photo: Dean Treml 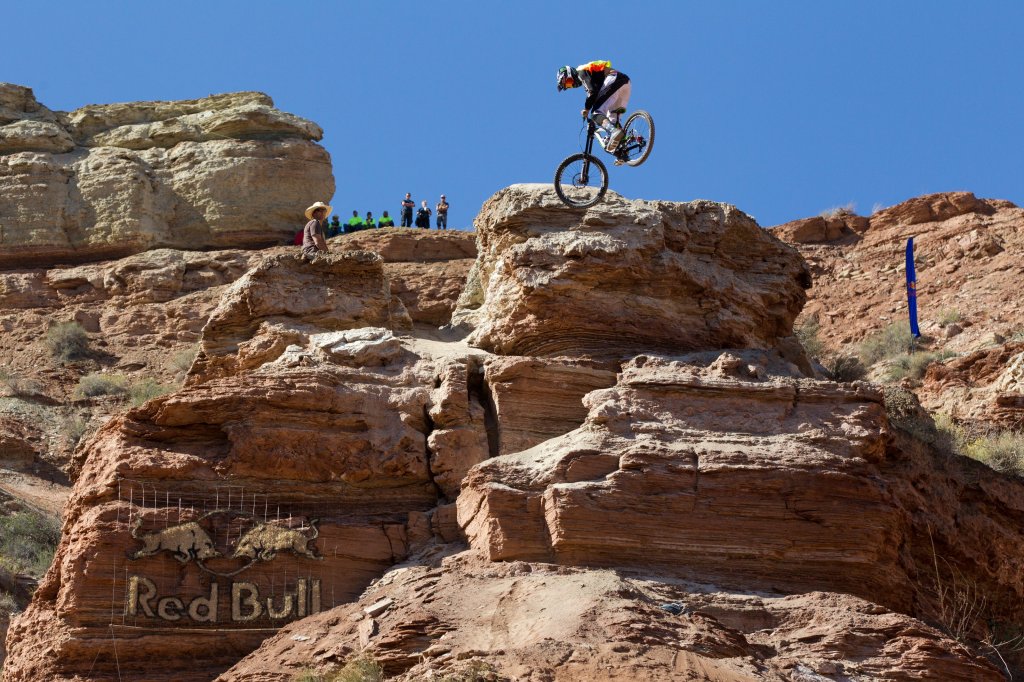 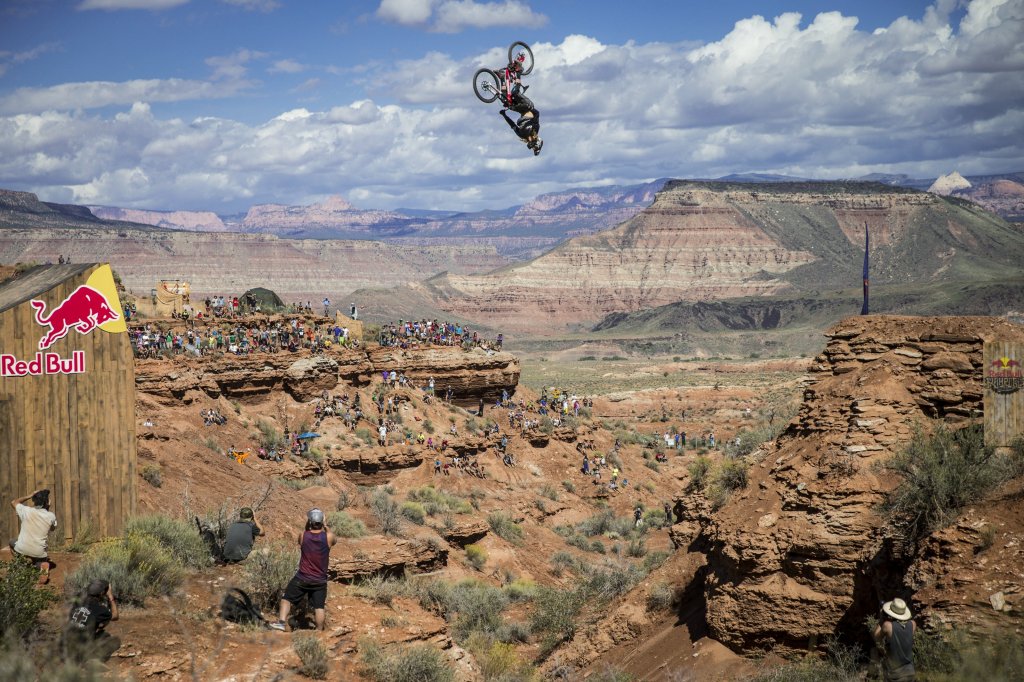 Kelly McGarry had a massive case with this backflip and taco’d his wheel, but he was quick to get up and laugh it off. Photo: Christian Pondella 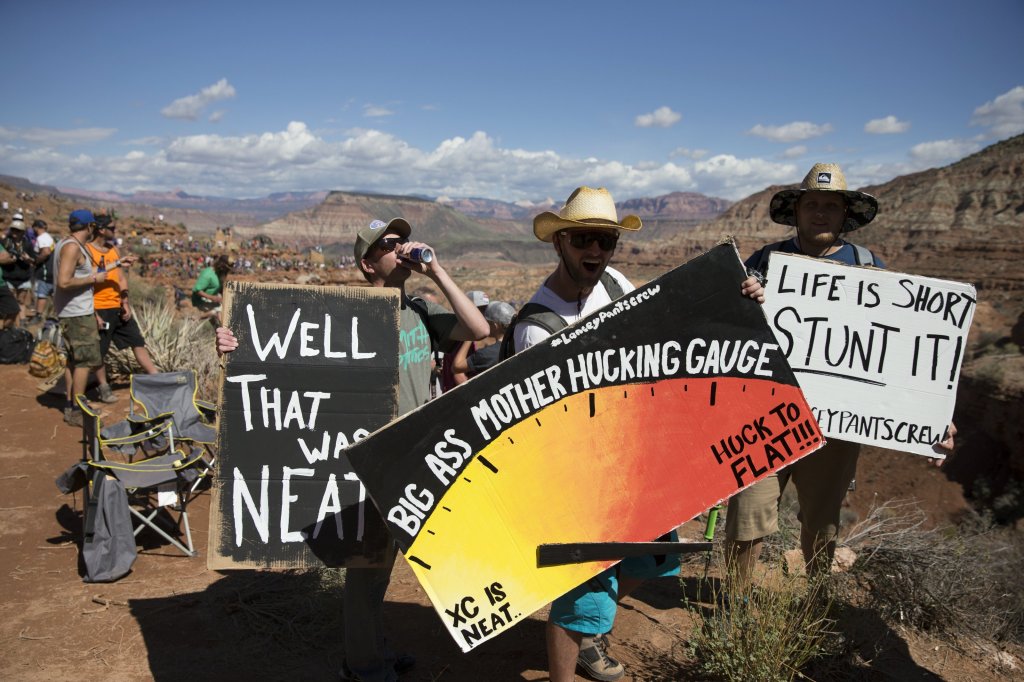 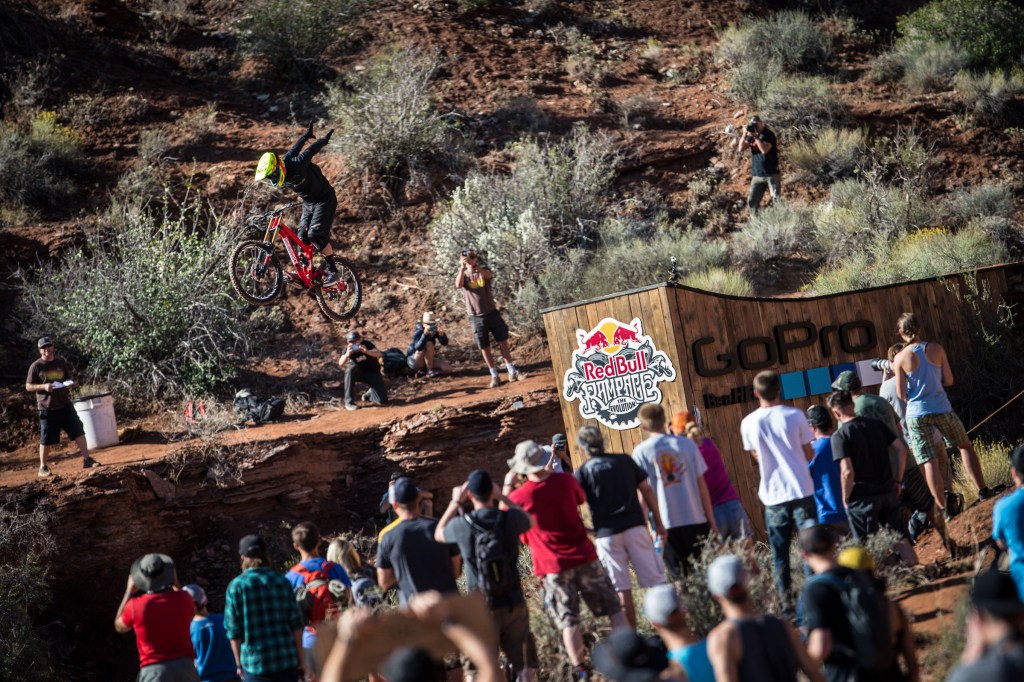 2014 was a year of firsts for Carson Storch. First time riding in Joyride and now first riding in Rampage. Suicide no-hander off the GoPro “drop-down”. Photo: Christian Pondella 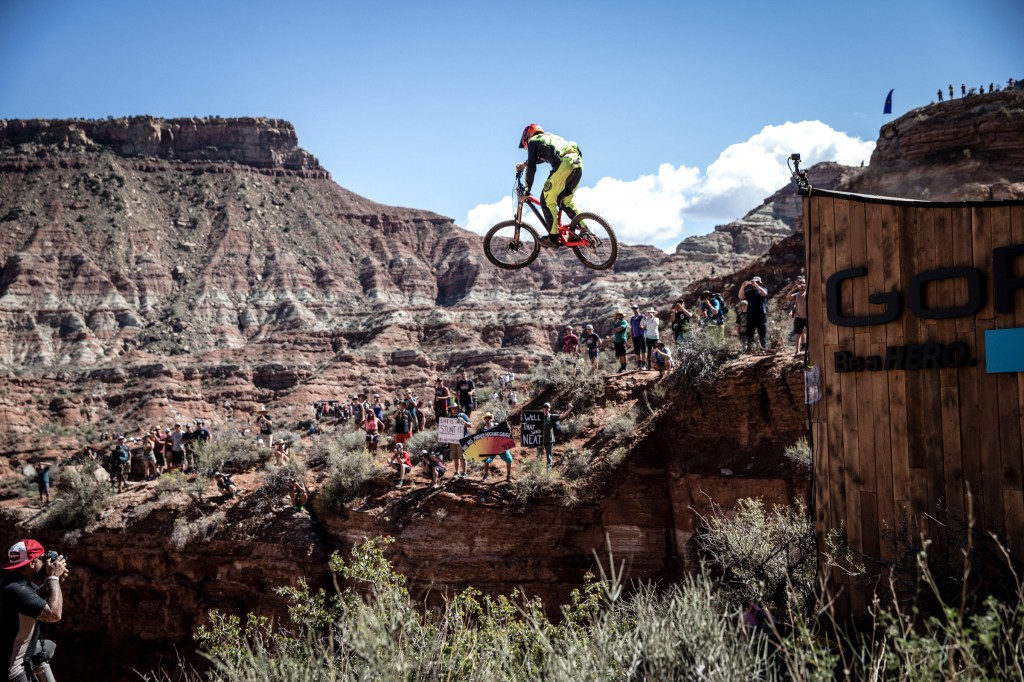 Brendan Fairclough (read: Fair-cluff) had an impressive double canyon gap higher up on his run, finishing the mid section with the GoPro step-down. Photo: Christian Pondella 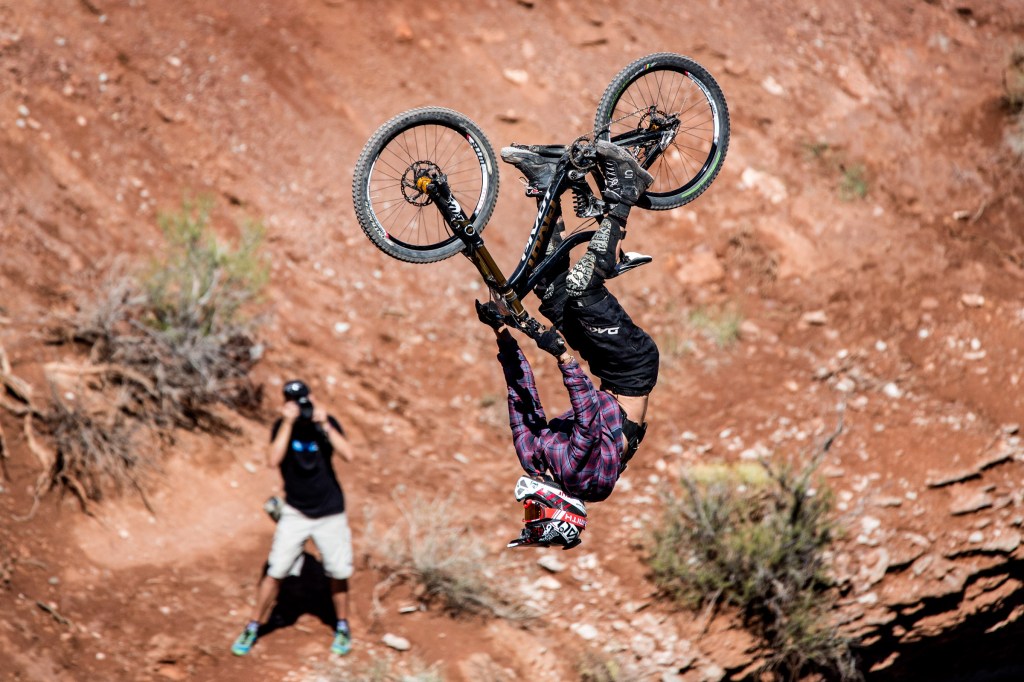 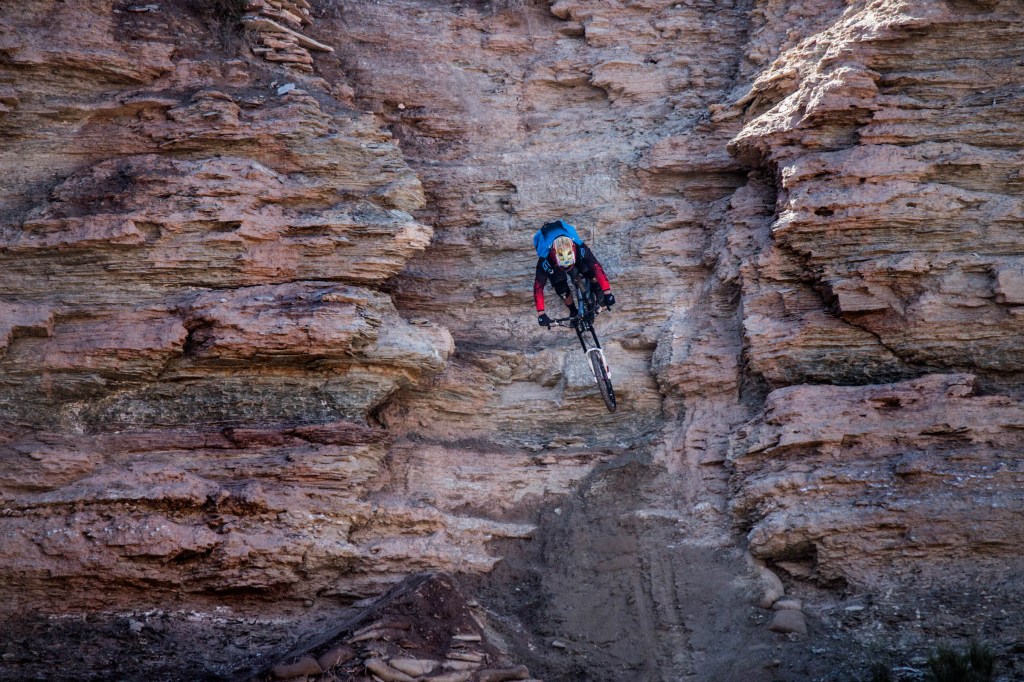 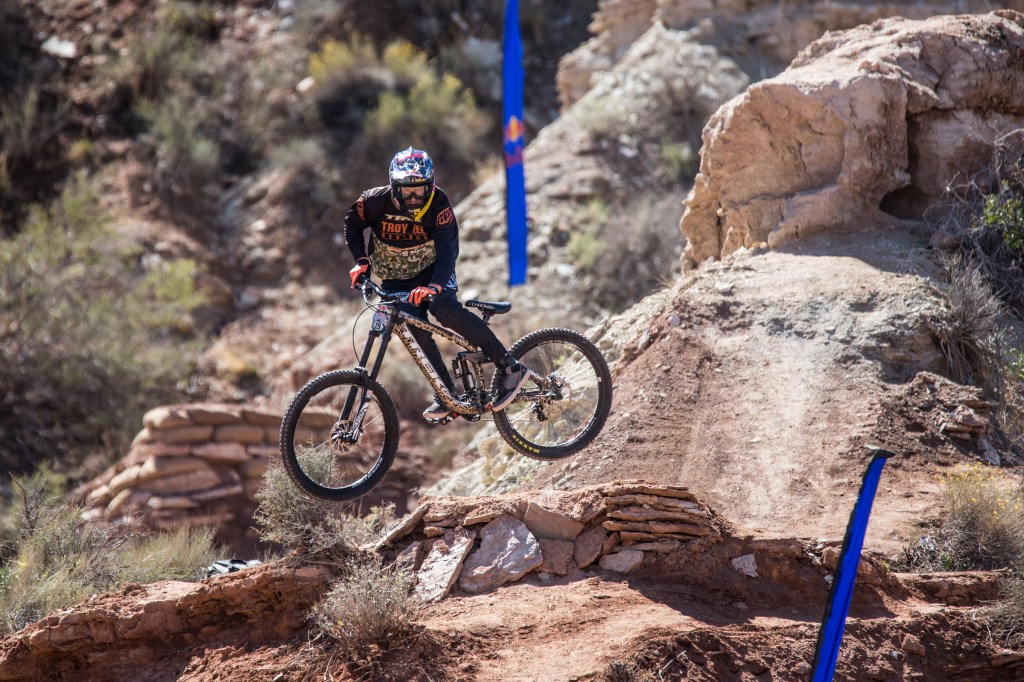 As usual, Semenuk was styling it out every time he caught air. Add a switch 360 on a downhill bike and you’ve got a podium run. Photo: Dean Treml 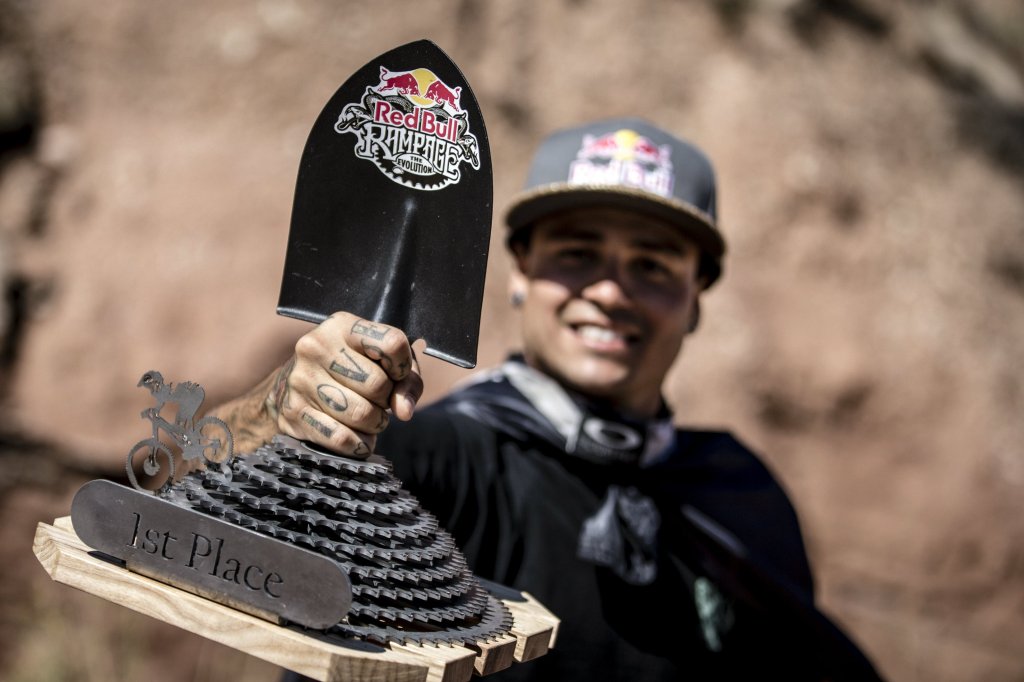 And as a bonus here’s Kyle Strait’s fourth place run.

That’s it for Rampage 2014. We got antsy from the rain delays, saw some mind blowing features and had a great show overall. Til next year…

In Andreu’s own words: “Wah-ooohh!”

Okay, Brendan's line from that angle looks super technical. Sniper like. You wonder if riders make it look too smooth then the judges don't think it to be as gnarly as other lines.