There’s just two weeks to go until viewers and spectators get to watch the first rider drop in at the 2022 Red Bull Rampage on Friday, October 21st. Celebrating the 16th edition of the premier big-mountain freeride competition, 18 of the best freeride athletes will travel from across the globe to Virgin, UT to take on some of the biggest and baddest tricks, lines, and drops the sport has ever seen.

The 2022 venue is located just outside of Virgin, Utah at the site of the 2008-2013 competition zone, which last saw riders on course nearly a decade ago. Four events were held at that location including in 2008 when the event returned after a 4-year hiatus, 2010, 2012, and 2013. Some of Red Bull Rampage’s most iconic moments have gone down at this location.  From Gee Atherton’s eye-popping quarter pipe transfer in 2010, to Cam Zink’s huge 360 off the Oakley Icon Sender in 2010 and gigantic step-down backflip in 2013, to Kelly McGarry’s legendary backflip over the 72-foot road gap in 2013. And returning in 2022 will be the infamous canyon gap that McGarry flipped, but this time built out of dirt and with a more modern radius that will allow run-in before athletes take off over the 40-foot-deep canyon below. This year’s event is shaping up to add a list of entirely new moments to the Red Bull Rampage highlight reel. 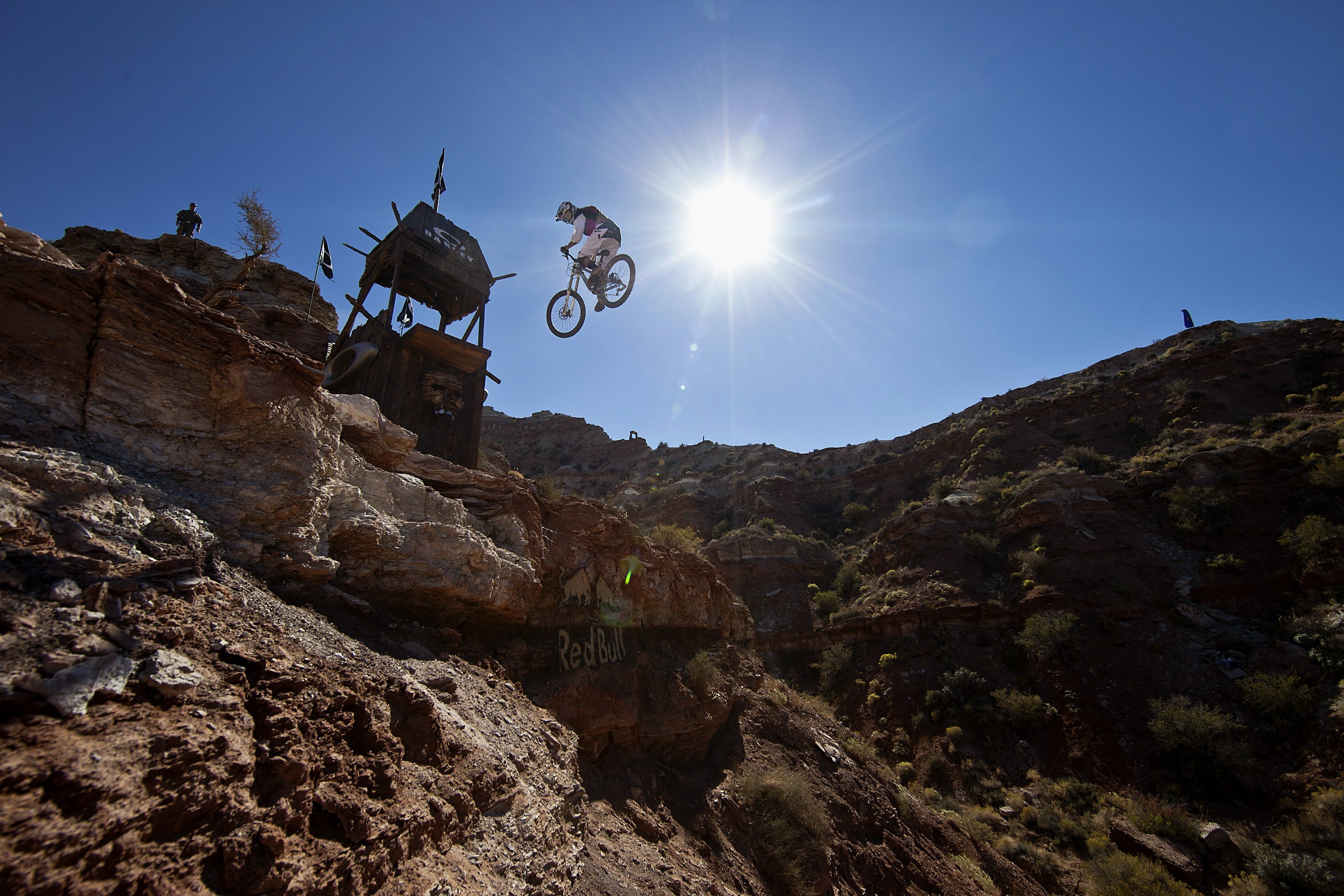 In addition to all the on-hill action, a special screening of the brand new snowboard film two years in the making, Fleeting Time, will take place the night before the main event. Fleeting Time marks the directorial debut of professional snowboarder Ben Ferguson as he brings together an elite crew of the world’s best riders to chase storms and transitions. Ferguson brought together a crew of riders who collectively exemplify the best of snowboarding right now. Icons, innovators, and style masters like Mark McMorris, Travis Rice, Gabe Ferguson, Danny Davis, Red Gerard, Hailey Langland, Zoi Sadowski-Synnott, Mikkel Bang, Brock Crouch and many, many more. The screening will take place at 9pm MT at the O.C. Tanner Ampitheater in Springdale, Utah with names like Ferguson, Gerard, Langland, Crouch, etc. expected to attend in-person. Tickets can be purchased here, or the first 100 T-Mobile customers to arrive at the screening will get free entry as the Un-carrier returns as the official 5G sponsor of Red Bull Rampage.

For those unable to attend the 2022 Red Bull Rampage, the event will be streamed live exclusively on ESPN+ in the U.S., and on Red Bull TV in all other countries. In addition, the complete event will be available on-demand on both ESPN+ and Red Bull TV following the competition. Then on October 30th, viewers can also tune-in to a condensed 2.5-hour replay that will air on ESPN.

Can’t wait until October 21 for your Red Bull Rampage fix? Then tune-in to ESPN2 on October 14th at 7pm ET to watch the latest Red Bull Signature Series show as it takes viewers behind-the-scenes of the iconic 2021 event and closer than ever to the athletes themselves. The show highlights the dynamic between the riders and provides a private look into the personal journeys of Carson Storch, Jaxson Riddle, Cam Zink and Brage Vestavik during the event.